5 Non-Mandalorian Things to Check Out on Disney+ 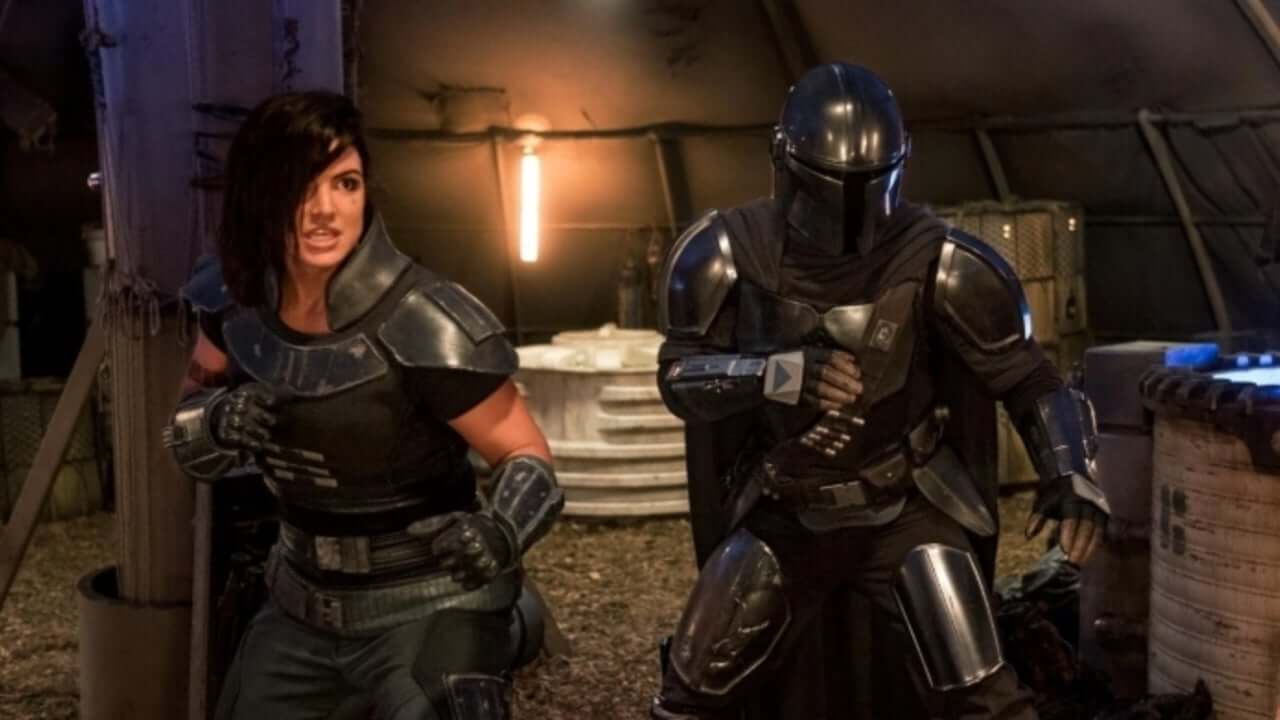 Disney’s hotly anticipated streaming service has been out for a little over a month now, and I haven’t heard much positive buzz – at least, aside from Jon Favreau’s Star Wars series The Mandalorian, which seemingly everyone (myself included) loves. I’ve enjoyed looking through some categories more than others, as I already own most of the Disney Animation, Pixar, Marvel, and Star Wars movies that I actually like. However, even for someone like myself, I think there’s more than enough content to justify the service’s existence and a subscription. Today, I’d like to look at some of the service’s underdogs, films and TV series that range from good to great and were simply outshone by the impressive space western. I’ll be excluding titles such as the animated classics and Marvel/Star Wars blockbusters because they go without saying, and I suspect that, like me, many people own those already. However, this will be a mixture of Disney+ originals and pre-existing content. Let’s dig in.

Okay, I’m sure this sounds ridiculous, but hear me out. I honestly didn’t expect anything from any of the Disney+ originals, so going into Noelle, I figured it would simply be a time-killer. Having seen it, I still think that’s true; this is not a film that’s likely to change your life; it’s simple, obvious, and goofy. I guessed the film’s conclusion almost as soon as it started, although I don’t really care about predictability or being surprised, if I’m honest. I instantly liked Anna Kendrick as Noelle because she’s bubbly, joyous, and all about Christmas. Bill Hader is also good and pretty funny as Nick, Noelle’s brother, who’s destined to be the next Santa. There are lots of other fun performances and cameos throughout, and I liked the movie’s ultimate message, both about Noelle as a person and Christmas itself. I wouldn’t say this is a great film or anything, but it is packed to the gills with Christmas Spirit, which is a trait I consider mandatory for Christmas movies. I think this is a simple, fun movie that families, or even just single people, can enjoy on a casual afternoon. It’s so low on the list by virtue of the other entries being more special or meaningful. 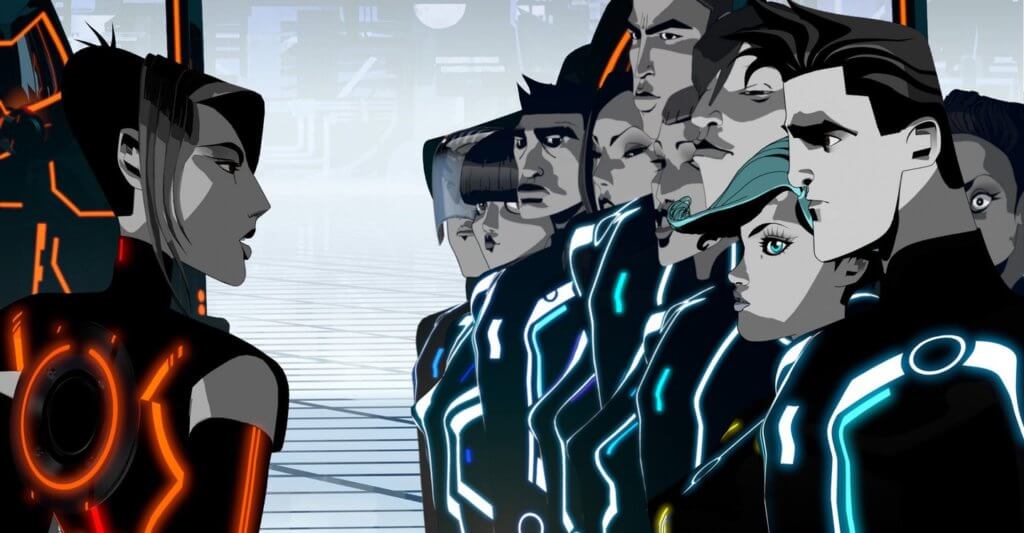 This is a series I’ve actually been curious about for years, having seen ads and heard about it from friends since its 2012 premiere. However, I never found this show in a convenient, legal format to watch for free until now. I’m still watching the series, and I might like it even more by the end of its sole season, but so far, I’m impressed. Much like the Star Wars animated shows (excluding Resistance), this series expands upon existing worldbuilding and characters while also introducing new ones. Tron: Uprising also features an impressive array of vocal talent, including Elijah Wood, Paul Reubens, Lance Henriksen, Mandy Moore, Kate Mara, and others. Olivia Wilde even reprises her Tron: Legacy role of Quorra. Another thing that sets Uprising apart from other animated shows is its visual scheme. The color choices, designs, and texture of this world are unlike anything I’ve seen. It’s like Resistance if the animation was done right. As someone who watches a lot of animation (and a lot of TV in general), this is one of the most visually striking shows I’ve seen in a while. Highly recommended, especially if you like the original Tron and/or Legacy. 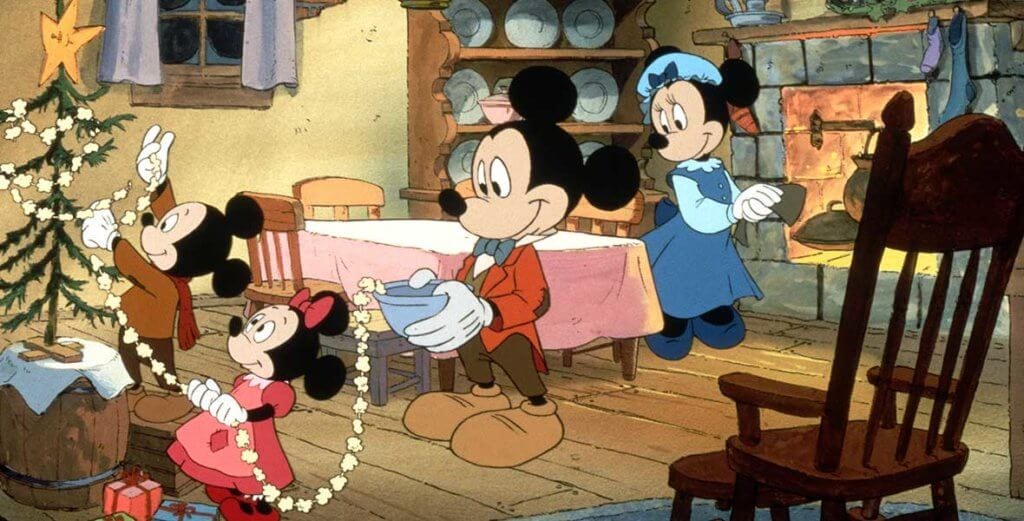 I had wanted to stick to full-length features and series for this list, and it almost feels like cheating to include something I’ve talked about before. However, I consider this short film a must around the holidays, and I was delighted to see it on the service. As I’ve already discussed this one, I won’t beat a dead horse too much. I do want to say that the animation is gorgeous in its warm simplicity, and the voice acting is phenomenal, especially from Alan Young as Scrooge and Wayne Allwine as Mickey/Bob Cratchit. There are a lot of Easter eggs here, too, if you have a keen eye and decent knowledge of Disney characters and properties. 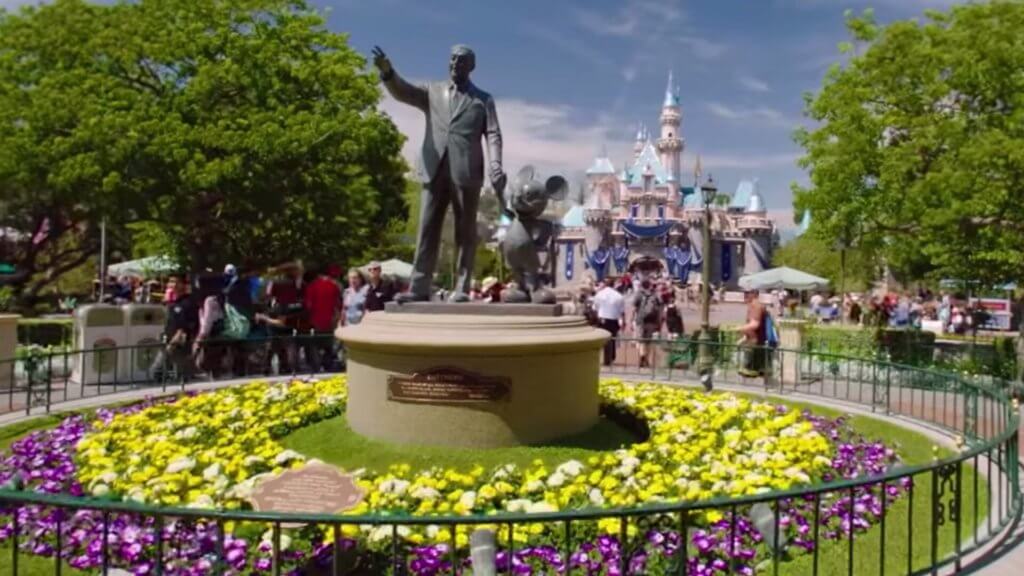 Unlike some of the service’s more casually diverting offerings, The Imagineering Story is actually a great docu-series that I would have actively sought out even without Disney+. The Imagineering Story is directed by Leslie Iwerks, daughter of former Disney executive Don Iwerks and granddaughter of Ub Iwerks, creator of Mickey Mouse and Oswald the Lucky Rabbit. The series follows the various generations of Imagineers, a group Walt created to imagine and engineer Disney Land and, eventually, World. You get to see the behind-the-scenes of how the park was conceived, how things have changed, and how the attractions and animatronics all work. There’s also a lot of interesting crossover where Imagineers happened to be songwriters, animators, and writers from Walt’s films, which I found interesting and surprising. The series also gets surprisingly emotional when it really digs into the lives and passions of the Imagineers and Walt’s vision for the parks. Even if you’re in the camp that wants to do a free one-week trial to watch The Mandalorian, seriously, check out The Imagineering Story during that week too. 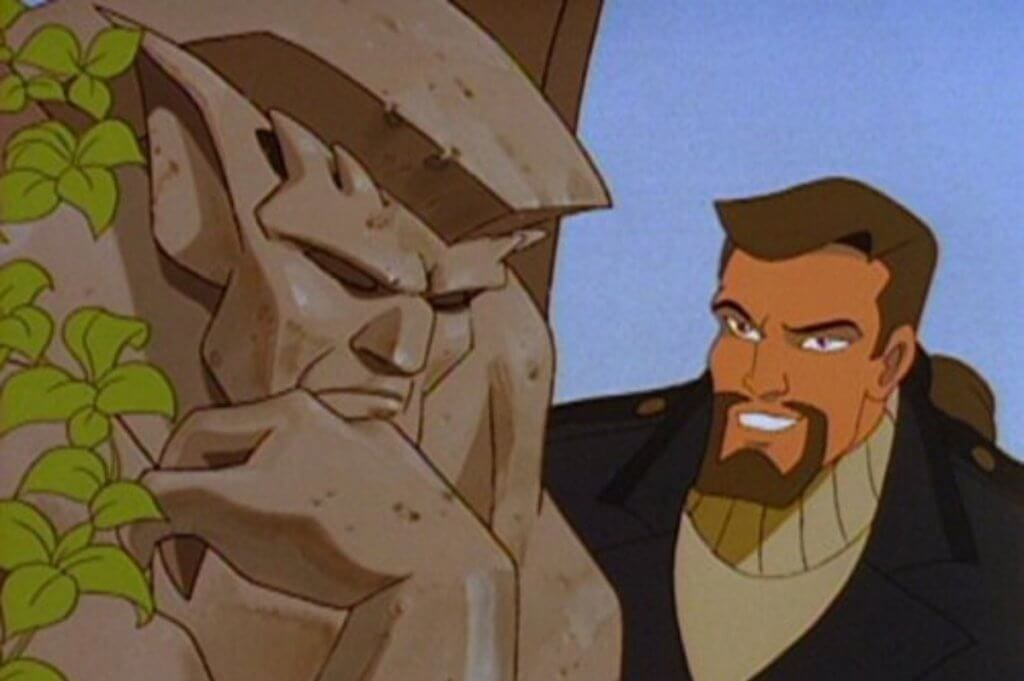 Okay, so anybody who knows me or reads my pieces probably knew it was coming. Gargoyles isn’t my very favorite TV series, but it is very high on the list, and it’s my favorite Disney TV show. As with Mickey’s Christmas Carol, I’ll try not to repeat myself, but if you haven’t seen this show, it’s a great one to check out. The voice acting is uniformly superb and features an amazing number of Star Trek stars. As with most TV animation, the visual quality varies, but the overall, design is stunning, and it’s always at least decent to look at. The complex storyline and dynamic characters are the real draws here, replete with Biblical, Shakespearean, and mythological references galore. Even if you have seen Gargoyles (or own it, like me), there may be some value to watching it specifically on the service. Series creator Greg Weisman has been encouraging streaming the series, using the Twitter hashtag #keepbinginggargoyles, in the hopes that Disney would be moved to revive the show. There is precedent for the kind of thing; Young Justice was famously renewed on DC’s streaming service for similar reasons. 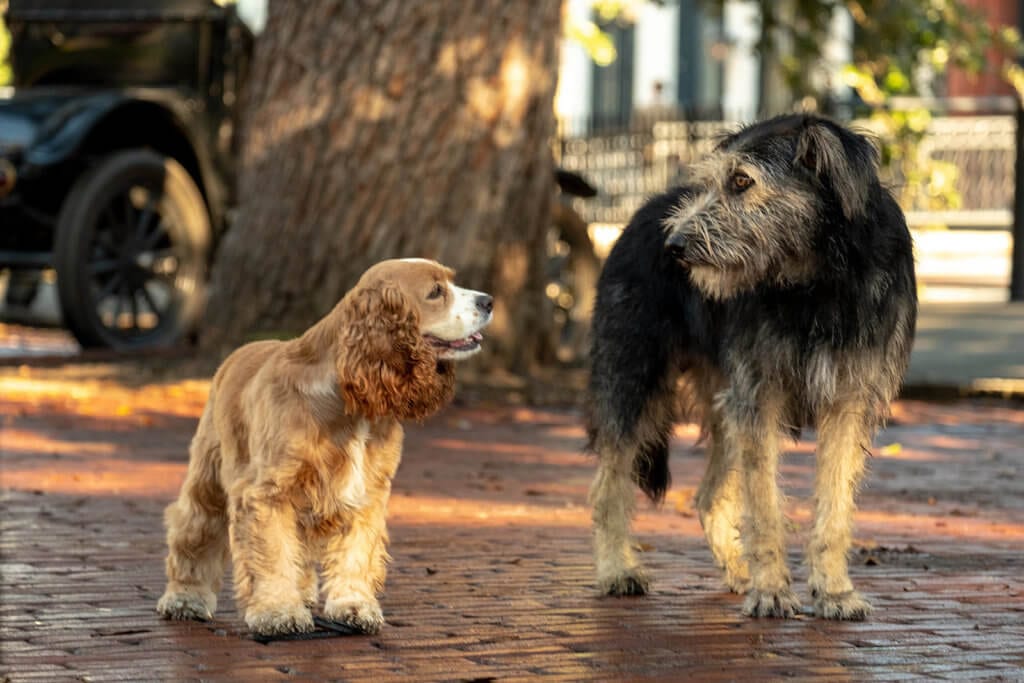 Similarly to Noelle, I went into this live-action remake without any expectations and came out somewhat surprised. Visually, this film can’t hold a candle to the animated original, which is the overall stronger film. However, they took an approach to the street dogs that seemed like a logical conclusion and may or may not have prompted some tears. The voice acting overall is good, and there are some decent actors present in person as well, including a surprising F. Murray Abraham. This one isn’t urgent, but it is enjoyable enough for its runtime. 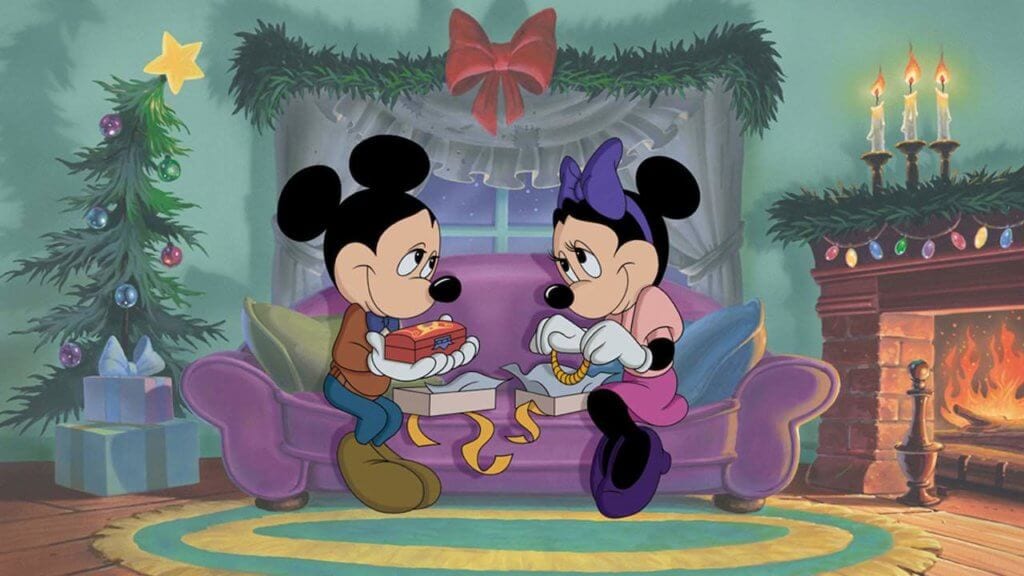 Narrated by Kelsey Grammer, this is another delightful little holiday short starring classic Disney characters. Once Upon a Christmas features three stories where characters learn about Christmas and family. It’s short, sweet, and I’m surprised more people don’t mention it around Christmas.

And that’s my top five Disney+ recommendations. What have you enjoyed on the service? Any holiday favorites? Ever wonder if we’re all just computer programs being manipulated by players? Let us know in the comments and happy holidays!