Hello Geeks + Gamers! Welcome to our official Awards Season coverage, where we take a close look at all the major award shows and try to predict the winners. Tonight kicks things off with the 75th Golden Globe Awards, which airs at 8:00 PM EST, and hosted by Seth Meyers. The Golden Globes are voted on by the Hollywood Foreign Press Association, and cover both film and television. However, for the sake of this article, we will only focus on the film side of things. With that said, let’s begin breaking down this award show with our first category:

First They Killed My Father (Cambodia)

This has always been my weakest category, since I don’t often get the chance to see a lot of foreign films during the year. But if I had to take a shot in the dark, I’d say this award belongs to The Square. The film has already received the Palme d’Or at the Cannes Film Festival, and swept the European Film Awards. Over there, it won Best Film, Best Comedy, Best Director (Ruben Östlund), Best Screenwriter (Östlund), Best Actor (Claes Bang), and Best Production Designer (Josefin Åsberg). Moving on to our next category, we have:

Unlike the previous category, this one was probably the easiest to predict. Everyone and their mother knows that Coco is the obvious winner. With a 97% approval rating on Rotten Tomatoes and grossing over $555 million worldwide, it’s the most successful of these five animated films both critically and financially. Coco has also won several awards from various film critics circles, and received the most nominations at the 45th Annie Awards. For our next category, we have:

“The Star” (Mariah Carey and Marc Shaiman) – The Star

“This is Me” (Benj Pasek and Justin Paul) – The Greatest Showman

There’s a strong argument that could be made in favor of either “Remember Me” from Coco, or “This is Me” from The Greatest Showman. Both songs were written by pairs of extremely talented songwriters who are no stranger to these award shows. However, my gut tells me to lean towards “Remember Me” for its emotional impact in its respective film, and how much it resonated with a wider audience. Moving on to our next category, we have:

Alexandre Desplat – The Shape of Water

This is another tough category to choose from, but there can only be one winner. In a weaker year, the award may have gone to John Williams by default, but this time he faces some stiff competition. His fiercest opponent, and the one who is most likely to take home the gold, is Alexandre Desplat. His win would be the first of seven for The Shape of Water, which is the most nominated film of the night. Its second nomination can be found in the next category:

Unlike most award shows, the Golden Globes do not separate original screenplays from adaptations, which makes predicting this category a little more difficult. Should I give it to Aaron Sorkin for Molly’s Game, or does it belong in the hands of Greta Gerwig for Lady Bird? I would rather see it go to Gerwig, if for no other reason than to make up for her noticeable absence in the next category, which is:

Ridley Scott – All the Money in the World

One thing that bugs me about the Globes is their bad habit of “stunt nominations,” in which an actor or filmmaker is nominated for the sole purpose of getting a paid invitation to the event. It’s the most benign form of bribery, but bribery nonetheless. This explains how All the Money in the World somehow landed 3 nominations in this award show, but nowhere else (as of this writing). You might think this guarantees a win for Ridley Scott, but if the Hollywood Foreign Press Association knew any better, they’d give it to Guillermo del Toro. Moving on to a less rigged category, we have:

Octavia Spencer – The Shape of Water as Zelda Fuller

As wonderful as all these performance were, there can only be one winner. I have a good feeling that the award is going to Allison Janney, whose role in I, Tonya feels somewhat reminiscent of J.K. Simmons’s character in Whiplash. An argument could be made for Laurie Metcalf or Octavia Spencer, but Janney seems like the safer choice. Onto the next category, we have:

Armie Hammer – Call Me by Your Name as Oliver

Christopher Plummer – All the Money in the World as J. Paul Getty

In a weaker year, this award would easily go to Christopher Plummer for his incredible performance in All the Money in the World. But let’s be real; this was anything but a weak year in film. Everyone in this category deserves to be there, and that is especially true for Armie Hammer. People are now finally starting to take the actor seriously after over a decade of hard work in the industry, and hopefully this is his time to shine. 6 more categories to go; this is when we get into the real heavy hitters, starting with:

Best Actress in a Motion Picture – Musical or Comedy

Emma Stone – Battle of the Sexes as Billie Jean King

Not to sound like a broken record, but I swear, this was one stacked year in film. I know deep down who my choice is, but there are equally strong arguments for Margot Robbie and Emma Stone (who just won the award last year). The winner has to be Saoirse Ronan though, who starred in the most well reviewed film of the year. We now move on to:

Best Actor in a Motion Picture – Musical or Comedy

Steve Carell – Battle of the Sexes as Bobby Riggs

Another thing that bothers me about the Golden Globes is their fluid definition of what is or isn’t a comedy. Get Out may have plenty of comedic elements, but it’s still mostly a socially conscious horror thriller. That’s not to be taken as a knock against Daniel Kaluuya, who was great in the movie, but I just think James Franco has this award in the bag. OK, time to get serious with our next category:

Michelle Williams – All the Money in the World as Gail Harris

I would love nothing more than for Frances McDormand to win this award, and that could very well be a possibility. However, don’t assume this is just an easy victory. Meryl Streep could cause an upset for her performance as Kay Graham, and Sally Hawkins is building up some strong support for her performance as Elisa Esposito. I have to go with my gut on this one, but I won’t complain if the results are not in my favor. Next up, we have:

Brace yourselves, because I’m about to say something bold: I don’t think Daniel Day-Lewis is a lock to win this award. I know how weird that sounds, but he’s facing some really tough competition from Gary Oldman’s transformative performance as Winston Churchill. DDL’s won enough; this has to be Oldman’s year. Alright, we’re almost at the finish line; two more categories to go, starting with:

Who’d have ever thought a movie from the people that brought us Pineapple Express and This is the End, based on the making of the worst movie of all time, would end up as a serious awards contender? That doesn’t automatically mean The Disaster Artist is going to win, but it’s impressive that it made it this far. No, the winner is most likely going to be Lady Bird, which just feels right after everything that’s happened in 2017. And now, the moment you’ve all been waiting for…

Call Me by Your Name

For this particular category, the question isn’t really “who made the best film of the year,” but rather “who deserves this award more for their career?” Based on quality alone, there’s an argument for any one of those 5 nominees. But no one deserves this award more than Guillermo del Toro, who’s poured blood, sweat and tears into every single one of his projects for 3 decades. Nothing would make me happier than to see him take home the gold.

So there you have it; these were my predictions for the 75th Golden Globe Awards. Now I want to hear from you guys. What do your predictions look like? Drop those in the comments below, and thank you for checking out GeeksandGamers.com, your one stop shop for all your geeky needs. 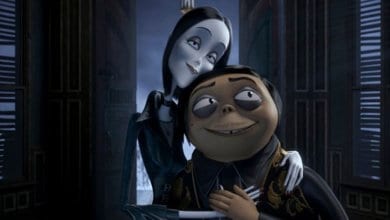 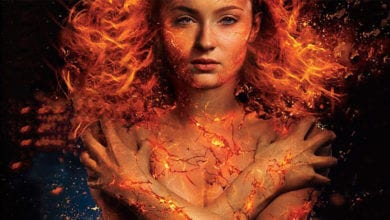 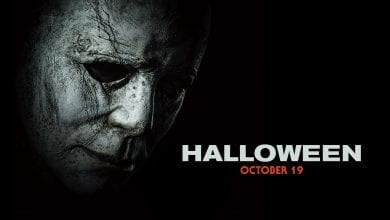