When I first heard about The Legend of Bum-bo, the prequel to The Binding of Issac, the first thing I thought of, oddly enough, was Star Wars: The Force Awakens. You see, that movie represented a lot of changes in my life; finally, after years of hoping, I had a group of friends that I saw regularly. And while we all loved movies, the one area where we differed vastly was in our knowledge of video games.

One friend, in particular, was especially passionate and would always tell me about the latest game he was playing, with many of them coming from indie developers. These included games like Eagle Island and Meme Machine. These conversations sent me on a journey of my own into the world of indie games. I wanted to expand my gaming horizons beyond Pokémon and fighting games like Dragon Ball Z: Budokai and Tekken. So when I stumbled across a YouTube “let’s play” of The Binding of Isaac and its many subsequent expansions, one of which introduced the coin-loving character Bum-bo, I was intrigued.

First off, for whatever reason, the title caught my eye. A little bit of Googling explained that the game was based, in part, on the Biblical story of Issac. Growing up, I had always loved the stories of Abraham up through the twelve tribes of Israel. The particular inspiration for The Binding of Isaac nearly resulted in Abraham killing his son, which was rather disturbing. Despite this, the fact that there was a video game that pulled from some of my favorite Biblical characters was pretty cool. Of course, this influence wasn’t the only one that permeated the game. 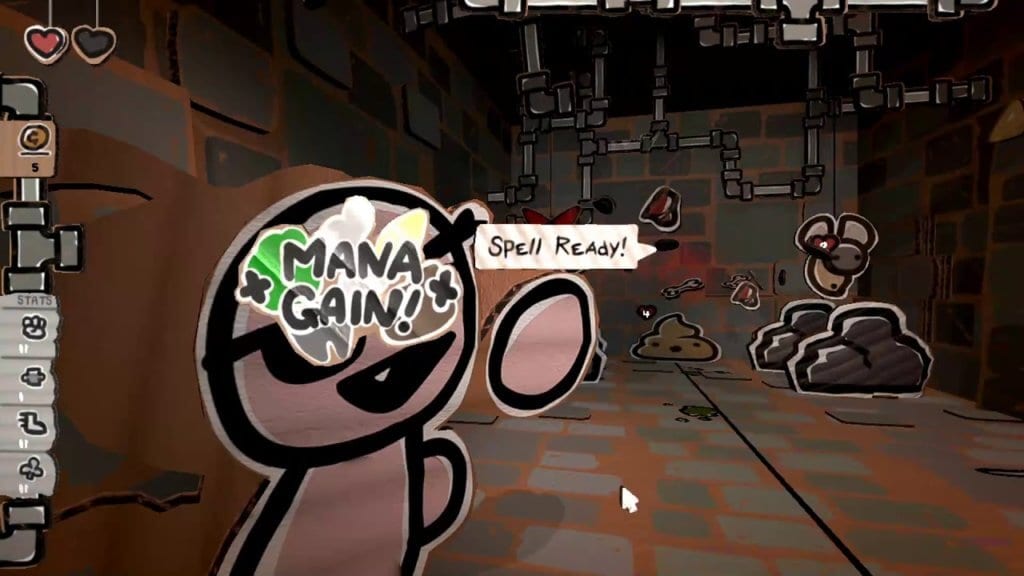 The Binding of Isaac dealt with heady issues. Beyond the Biblical connection, I frankly didn’t pay much attention to these. In fact, I hardly thought about this at the time. Being the neophyte that I was, I wanted to learn what a deck-building/rogue-like entailed, only to later discover it involved puzzles. Based on what I knew about Bum-bo, I didn’t know if developer Edmund McMillen was going to be able to transfer that same feeling over to a game about this character. However, I had to admit that Bum-bo was intriguing to me and he could probably carry his own game. So when I heard about The Legend of Bum-bo, I felt a sense of pride that McMillen had felt similarly. However, what I hadn’t expected was the game’s presentation. Indie games have always had a reputation for inventive, off the wall concepts, and The Legend of Bum-bo is no exception to this. What McMillan and Co. evoke with its promos alone is a testament to this. They uniquely highlight what this game is in terms of character and aesthetic.

First, let’s start with the logo, which I feel sums up the character very well with the ending “O” stylized as a coin. Then there’s the box art, something that keeps popping out to me, with various monsters and characters, and is particularly relevant to Bum-bo’s adventure. Rarely can box art truly capture the aesthetic of a game, yet somehow, McMillen and James Interactive have been able to do just that. It speaks to the vision for what everyone is trying to achieve with The Legend of Bum-bo, and that alone deserves a tip of the hat. Not only was the look on display, but the cadence of Bum-bo was perfect, as it gave the player a sense of what the game was about in his unique way. 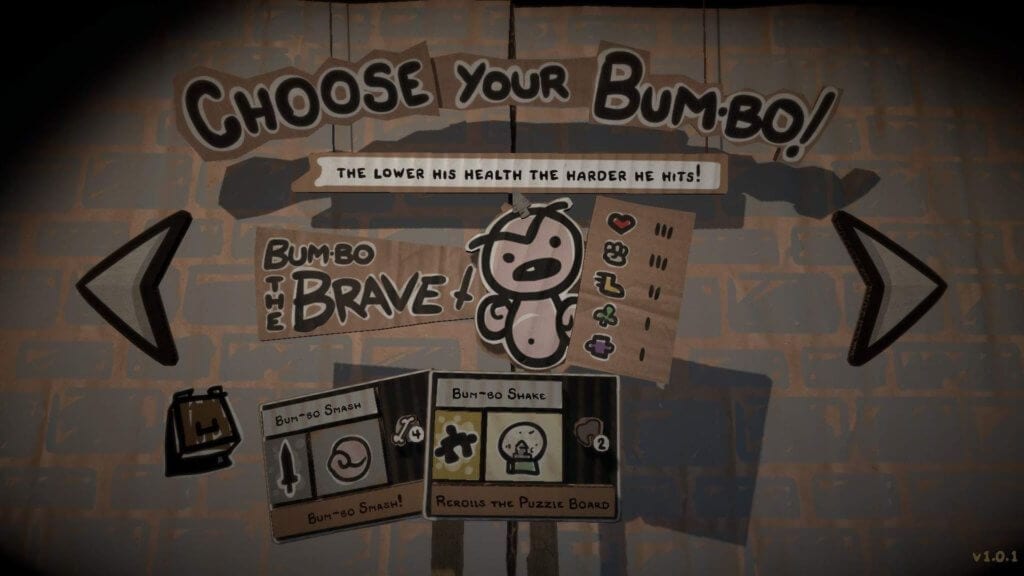 Additionally, the gameplay involved with the coins and mana reminds me a bit of The Legend of Zelda. I love the fact that McMillen is unafraid to add some of these fantasy trappings to The Legend of Bum-bo amid its delightfully goofy premise. There’s a simplicity to the game that allows anyone to play – even people like me who possess only a cursory knowledge of most games beyond specific genres. Supporting this is something that McMullen has alluded to an interview: how even family members, who had no experience with games, found themselves enjoying his creation. This aspect of the game will invite players from all walks of life to get in on the fun without having to worry about any continuity or pre-existing skill. This is one of the most significant selling points to me, and one of the things that I think will allow indie games to continue to thrive. The key to this is making sure the game is accessible to everyone, thereby opening the medium to new audiences. It seems to me that the game evokes a sense of joy that perhaps The Binding of Isaac could not. To me, Bum-bo seems like a far more innocent character. A myriad of different versions of Bum-bo exists in the game. Still, ultimately, as much as any entertainment medium, there has to be something that pulls you into the world. For me and many other fans, that’s the character of Bum-bo.

With a fresh aesthetic, passionate fan base, and accessible gameplay, The Legend of Bum-bo has something for everyone. It may have taken a while, but it looks like it was definitely worth the wait. Here’s hoping the franchise will continue when McMillen believes the time is right. The Legend of Bum-bo is currently available on Steam.