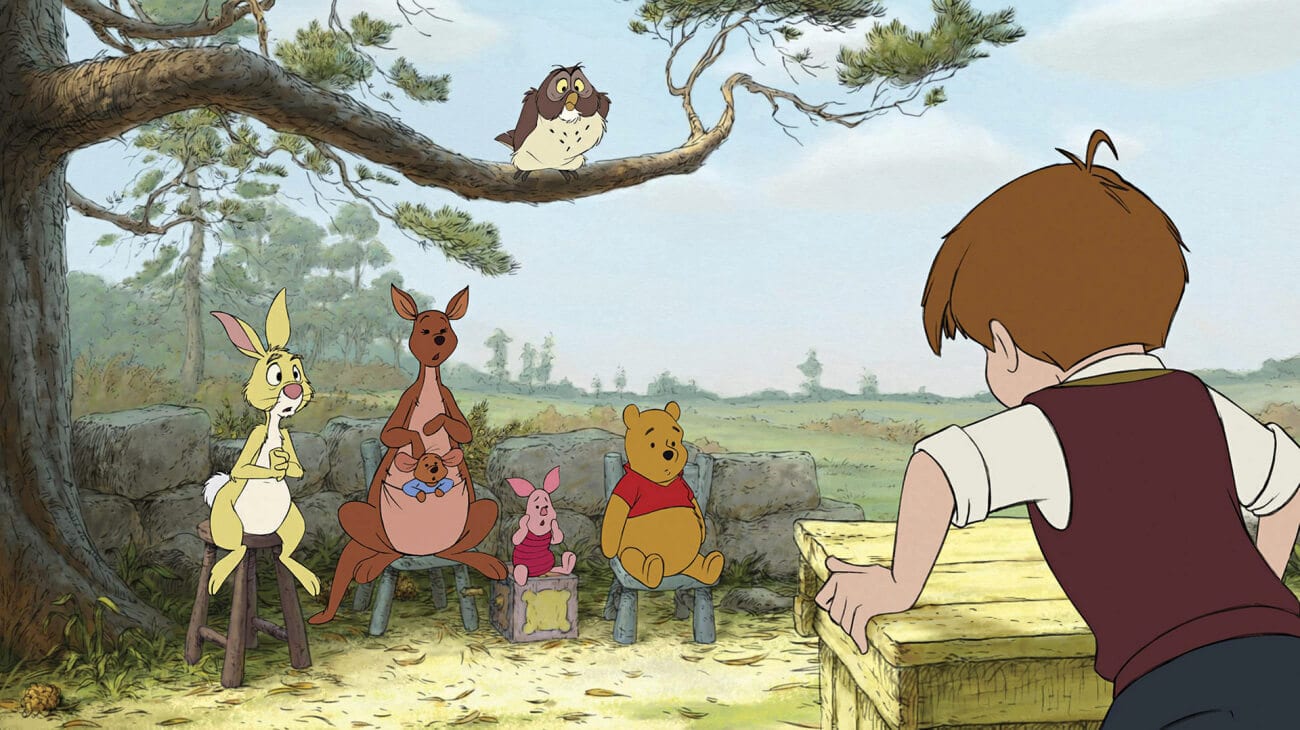 Munir: The Princess and the Frog was touted as Disney Animation’s big return to traditional animation, only to underperform at the box office. The next film to be done by that technique was an odd choice. Winnie the Pooh has been one of Disney’s most profitable franchises, with TV shows, theatrical and direct-to-video films, and lots of merchandise. Nonetheless, Disney Animation had only been involved with one previous film, 1977’s The Many Adventures of Winnie the Pooh (which itself was an amalgamation of three previously released shorts). So, when they announced they were doing a new theatrical Pooh film, it was a very unusual thing. First of all, the animation world has changed very much, and now, animated films tend to favor a loud, bombastic, gags-a-minute, and bright colored style – and, of course, done in CGI. So doing a Pooh film in traditional animation was a risky endeavor that, sadly, didn’t pay off. However, it wasn’t the film’s fault. At 62 minutes, it’s one of Disney’s shortest films, and upon release, it was warmly received by critics who touted as an antidote to the big animated blockbusters. Also, in the years before this film, Pooh had been demoted to the preschool gang being in TV shows aimed exclusively at the youngest crowd. This film, however, followed its 1977 predecessor in being an all-family affair. With impressive and beautiful traditional animation, clever jokes, and touching themes, Pooh could have been a solid performer. Alas, the marketing overlords at Disney decided the brilliant idea to put Winnie the Pooh directly against one of the most anticipated films of the decade: Harry Potter and the Deathly Hallows, Part 2. That’s how the gentle citizens of the Hundred Acre Wood got completely bulldozed by the Boy Wizard. Disney decided that traditional animation wasn’t viable anymore, killing it after that, and dedicated their efforts entirely to CGI films. And yet, almost ten years after its original release, Winnie the Pooh remains an underrated delight. From its beautiful scenery to compelling characters, it remains a lovely film for the whole family. I know you don’t share my admiration for it, but what are your thoughts on the film, Virginia?

Virginia: I’ve always been a big Winnie the Pooh fan, and I even enjoyed last year’s Christopher Robin. However, as you say, I’m not any huge proponent of the franchise’s 2011 theatrical release. The voice cast is impressive, and the animation is pretty good, but I just don’t find this film very funny or memorable. Even direct-to-video features like The Tigger Movie and TV productions like The New Adventures of Winnie the Pooh stand out more in my mind. I also don’t care for the film’s songs by the Lopezes, despite their admittedly impressive pedigree.

M: I, on the other hand, have never been a huge Pooh fan. I remembered watching The Tigger Movie and Pooh’s Heffalump Movie, but neither were memorable to me. The only one that I liked was Many Adventures. And I must admit that when this film was first announced, I was not particularly excited. I didn’t hate Pooh, but I never loved it either. However, I was impressed by what Winnie the Pooh did in such a short time. I find many of the scenes very good, particularly “The BackSon Song” with its chalk-like style, and “Everything is Honey,” which just seems to drip from the screen. I also can say that I don’t find most of the tunes memorable, except “The BackSon Song,” which I find utterly delightful. I also like how the film doesn’t resort to cheap gags or bodily fluids to build its humor. The part where they are making the trap always makes me crack up, and when they all end in the hole is one of my favorite scenes. The interplay with the narrator and the book is great, and, as you said, the cast is excellent in their respective roles. 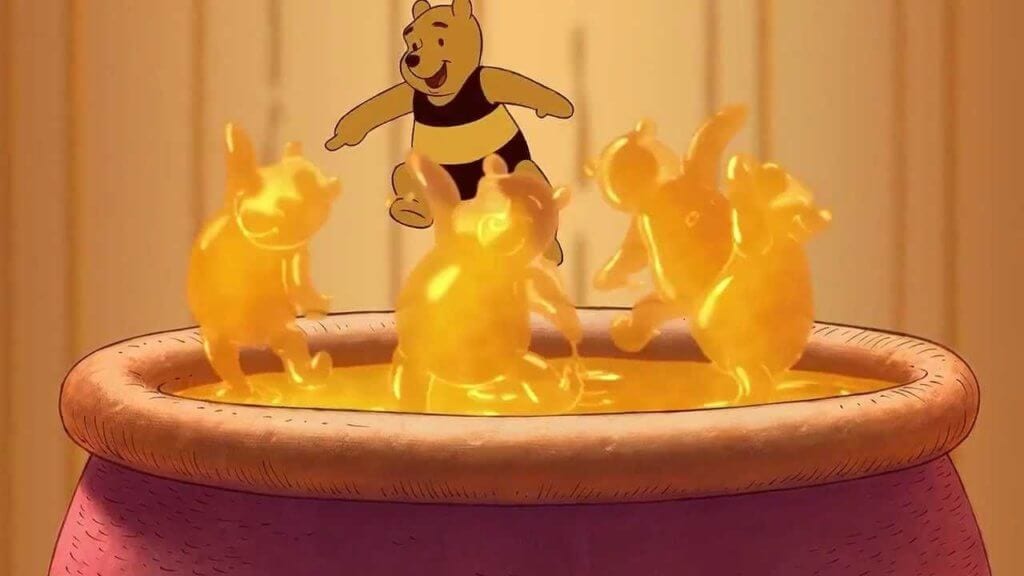 V: I will agree about the scene where they’re in the hole with Piglet trying to help; that was hysterical. The animation in the musical numbers you mention is stunning. Visually speaking, I have no problems with Winnie the Pooh; ditto the vocal performances. To me, it all boils down to the fact that I find this to be a forgettable, inessential entry in the franchise. And that’s entirely subjective, as these are all episodic adventures; none of these films and series are epic stories of anything like that. This one just didn’t click for me like some others did. I’ve only watched it three times: once when it was new, once for my solo retrospective review. and once for this. And honestly, I never feel any desire to revisit it, which is rare for both Disney and Pooh films in particular. The short runtime doesn’t bother me, as a lot of older Disney films were very short, some right around an hour. And I will say that the ads for this film looked great to me, and I was excited to see it initially.

M: That’s fair. And as you said, it all comes down to whether it clicks for you or not. As a Pooh skeptic, I can say this one did, and I have no problem revisiting it from time to time (alongside Many Adventures). One thing that I like about Winnie the Pooh is that these characters all remain consistent with their defining traits. Pooh is scatterbrained and always hungry, Piglet is always scared, Eeyore is always depressed, Owl is a know-it-all, Tigger is annoying and loud, Roo is mischievous, Kanga is caring, and Rabbit is bossy. But they all respect and support each other. In any other film (animated or not), some of these characters would get scolded and forced to change. Even in many Disney films that have the “be yourself” message imprinted, that’s not always the case. The hero or any other character has to change, and in many cases, this is consistent with a character arc. In many others, however, they change just to be accepted in what society deems normal. Here, these characters are flawed and have these defects and virtues, but they also never criticize, judge, or berate one another. I find that refreshing and one good theme to be imparted. 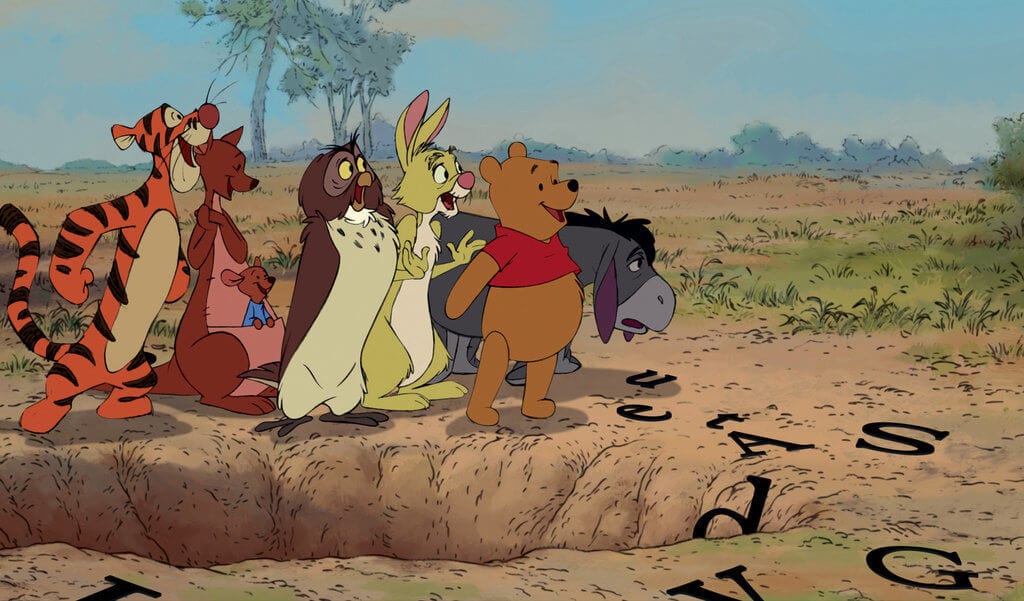 V: That is an interesting point. It is kind of nice that the friends can all accept one another, warts and all. Do you have a favorite character, Munir? Mine have always been Pooh and Tigger.

M: Tigger is one of my least favorite characters. I don’t hate him, but I find him too loud. My favorites are Pooh and Eeyore. Pooh because he’s funny and, even when he’s always thinking of eating, he’s still a good friend. I find Eeyore relatable, and even when he’s down, he manages to be insightful and funny as well.

V: I like Eeyore too, but, of course, I like all of them. Eeyore always reminds me of a teacher I had once. In short, I think Winnie the Pooh is fine, no more or less. It’s serviceable and probably worth seeing once, but not one of my favorites, and I rarely revisit it. 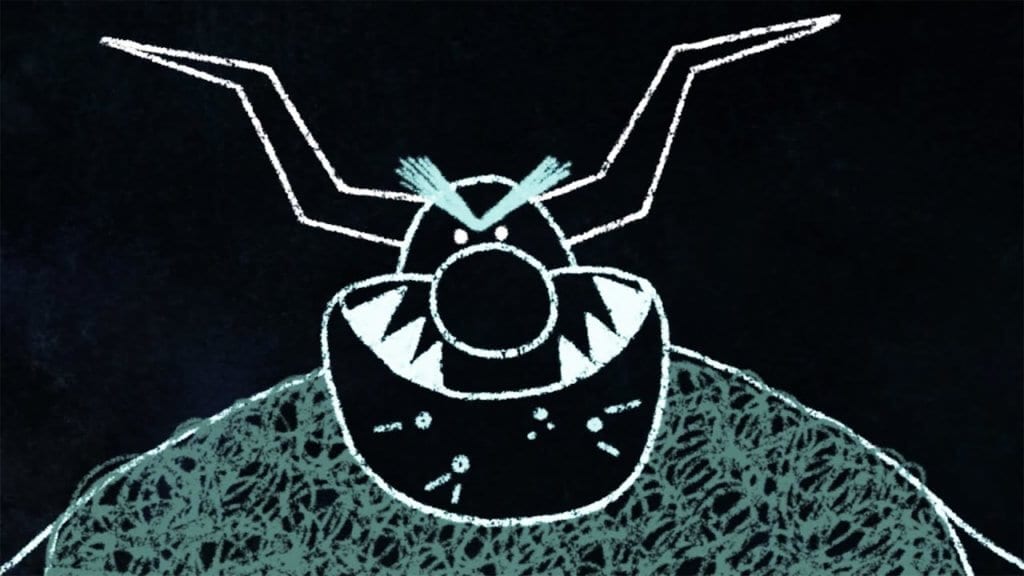 M: I, on the other hand, think that this is an underrated film with a rewarding experience awaiting the people that discover it. The animation is stunning, the songs serviceable (except The BackSon Song, which is great), the characters compelling, the humor clever, and, in the end, it leaves you with a warm feeling. Too bad the film’s release date completely robbed it of the chance to be seen, and also that it was used as an excuse to kill traditional animation at the studio. Now that it’s on Disney Plus, I hope more people will discover it.

What do you think of Winnie the Pooh? Let us know in the comments, and don’t forget to come back for our review of Wreck-It Ralph!

This is a film we simply can't agree on. It has nice animation and good voice acting, but the story and characterizations are forgettable. In fairness, one could argue that about many iterations of Pooh. This is one you just have to see for yourself to decide.