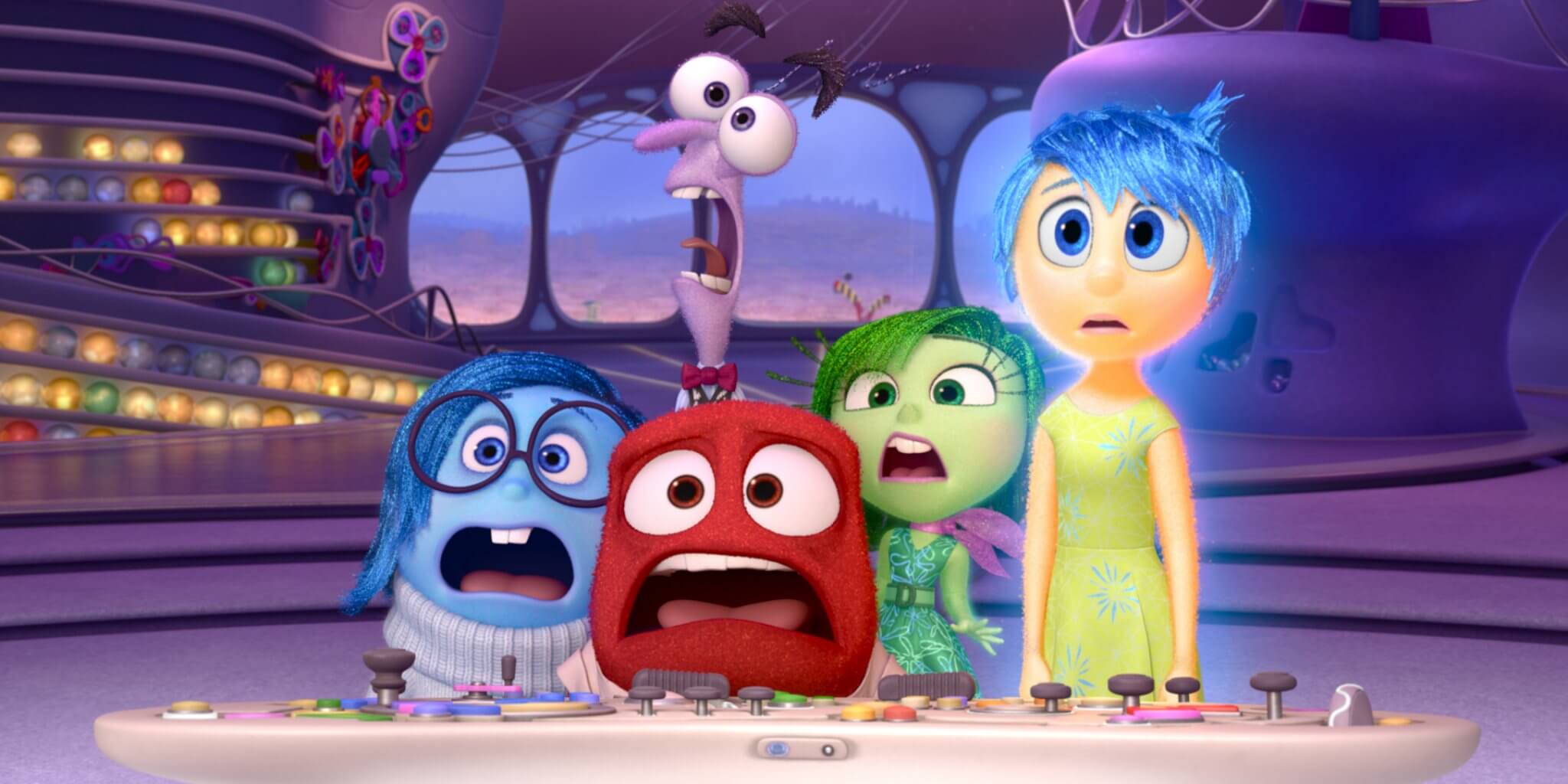 Munir: Hello, and welcome to a new A Decade of Pixar review. Today, we are going to take a look at Pixar’s second original film from the decade, and one of their most acclaimed, Inside Out. Released in 2015, after Pixar took its first year off since 2005, Inside Out was met with universal acclaim and box office success. It was hailed as a “return to form” for Pixar after a string of good-but-not-great movies, and it won the Academy Award for Best Animated Film. Directed by current Pixar CCO Pete Docter, Inside Out deals with the unique premise of how emotions work. It’s a masterpiece of world-building, great characterization, heartfelt moments, and stellar animation. What do you think of it, Virginia? 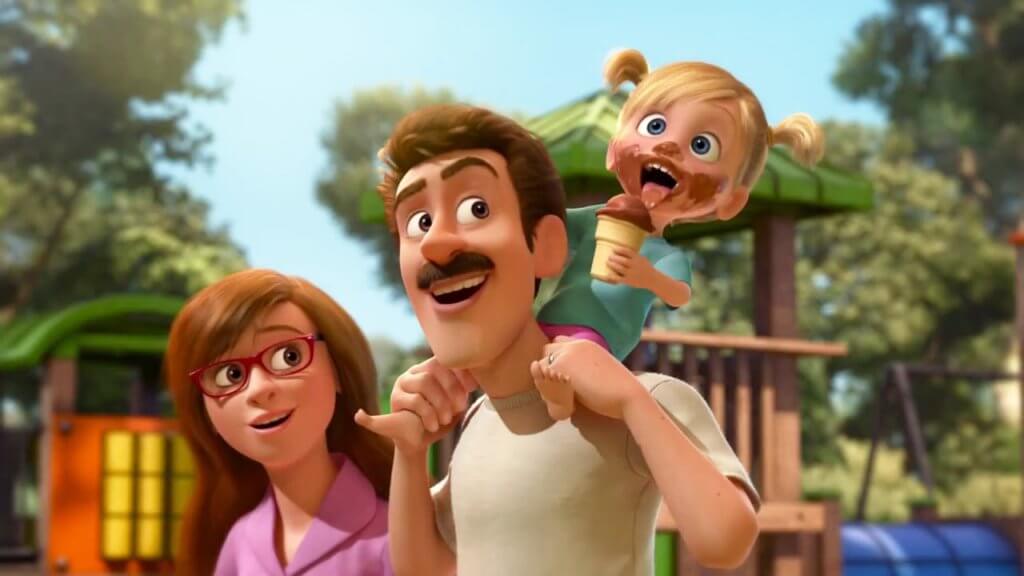 Virginia: I really love Inside Out, and I remember how emotional everyone was in the theater when I saw it. What makes Inside Out so great is that it understands theme and character development. This film has one of the most unique and sophisticated themes of any recent movie I’ve seen, and it handles its characters so well throughout, especially Joy and Sadness.

M: Agreed. I think Docter has proven to be a master of creating great characters and developing them well. Both of his previous films, Monsters, Inc. and Up, showcase the same excellent character work that Inside Out has. It must be noted that, while Joy and Sadness are the movie’s co-leads, the remaining emotions also get screentime, and they don’t feel plain or one-note.

V: I agree, Docter is one of the better Pixar directors overall because all of his movies are at least good. I think that, in the wake of Lasseter’s firing, he is a great choice to run the studio. While Joy and Sadness are the primary emotions, and the ones who learn and change in the film, I agree that the others are good characters in their own right. It’s also impressive that the movie explores what provokes each emotion in the first place. The creators really put in their research for this film. 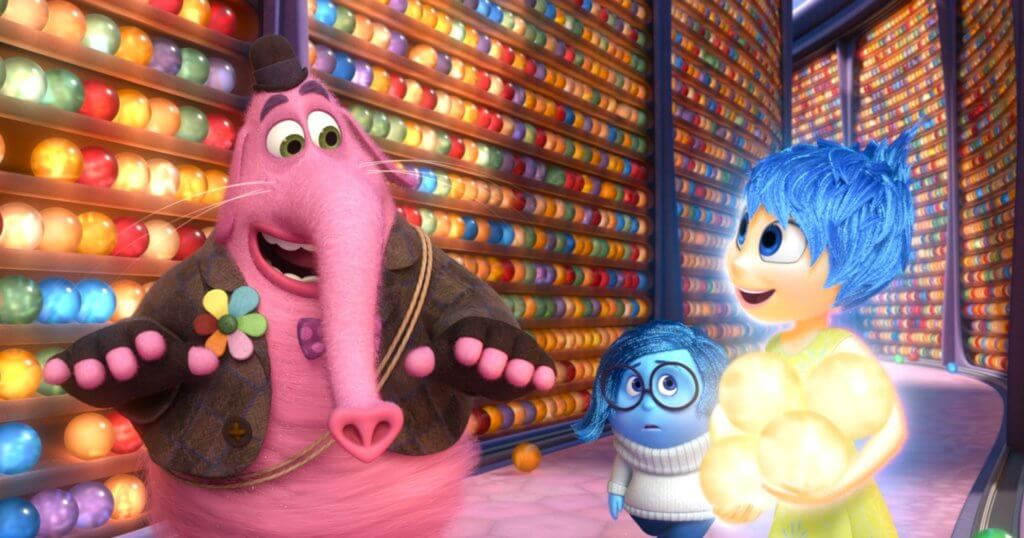 M: One aspect that I truly love about this film is the world it creates for its characters. All the islands, Headquarters, the train of thought, and all the other places enrich the film and pull you into the story immediately. Also, although it looks like it has a lot of rules about how the mind works, they’re explained very simply and are easy to follow in a way that you don’t have to focus on the rules, but can follow and enjoy the characters’ journeys.

V: “Headquarters” makes me chuckle every time. The world of Riley’s mind is also beautiful and full of color. The textures in this film are incredible, and I love the lightly fuzzy appearance the emotions have. I also like Riley’s parents as characters, as well as Riley herself. They sort of take a back seat to the emotions for part of the film, but they’re pleasant, and Riley’s adolescent struggle is very relatable.

M: Interestingly, this is the second Pixar film with female leads, but this time, I think it’s a much more nuanced approach than what they did with Brave, which results in richer characters. What are some of your favorite scenes from Inside Out? 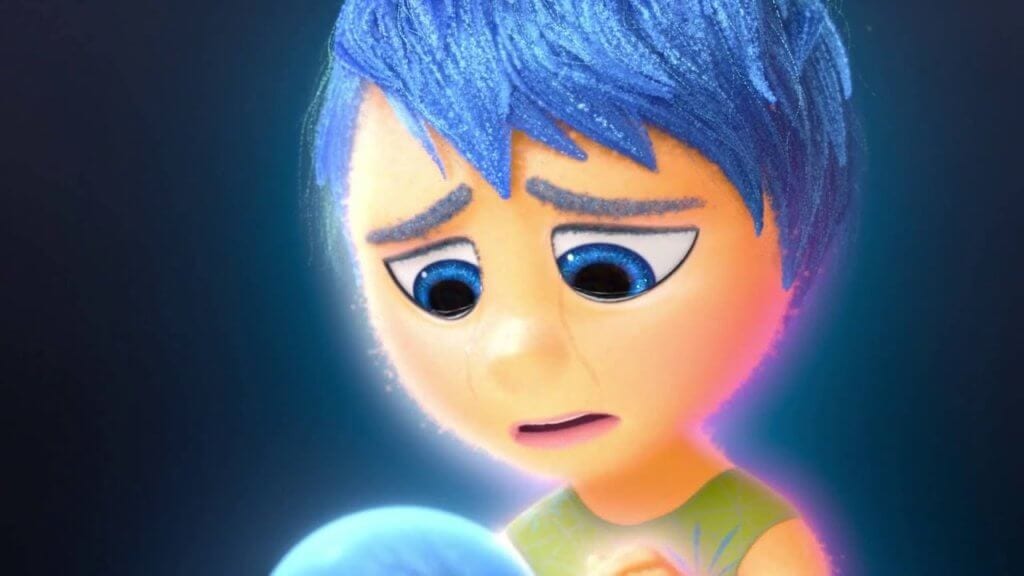 V: I definitely agree there. In Brave, we basically have a proper lady in Elinor and a rough-and-tumble tomboy in Merida, and there’s no real subtlety to either character. Meanwhile, Inside Out has several female characters with wildly different personalities. My favorite scenes include those with Bing Bong, especially the last one. I also love it when Joy finally has her revelation near the end, and when Riley and her parents embrace.

M: We agree on those scenes. The Bing Bong one still gets me. I also like the scene with Jangles and Fear’s freakout. I think it’s a compelling message that the film ultimately conveys, which is that sadness is a necessary component of life.

V: And it’s handled so well. I love it when Joy realizes that in stifling Sadness, she’s been hurting Riley rather than helping her. It’s also the first time Joy herself expresses a feeling of failure and sadness. I’m not a huge fan of Amy Poehler, but she’s excellent as the voice of Joy. In fact, I think all the emotions were perfectly cast. 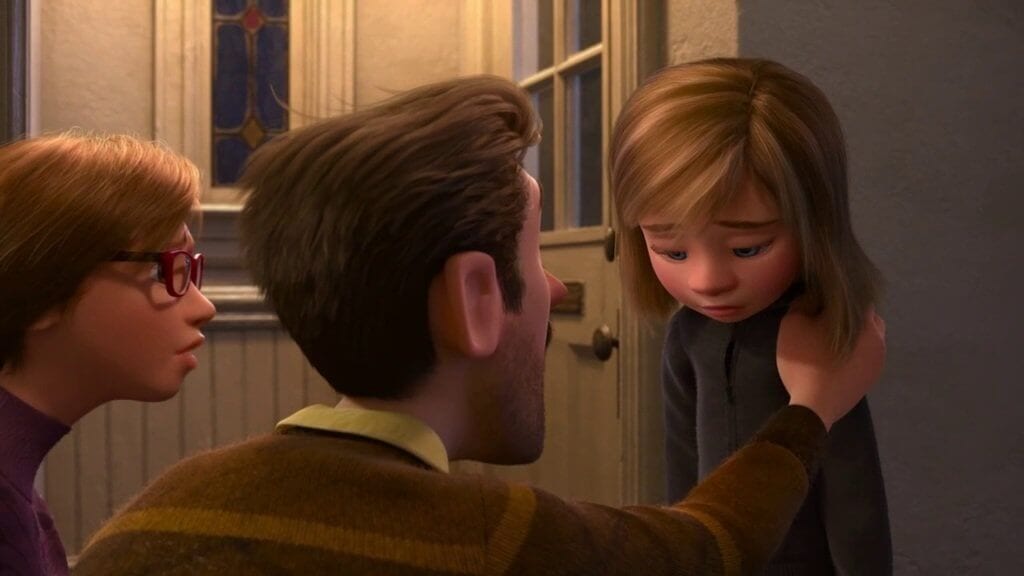 M: I, on the other hand, adore Amy Poehler, but I agree that the casting is spot-on. Richard Kind as Bing Bong is marvelous, bringing the zaniness and all the feels to his character. Another great asset is Michael Giacchino’s score. His music supports the film so well (which isn’t surprising, since he has done great work for Pixar starting with The Incredibles) and elevates every scene, strengthening even the most heartfelt moments. I’m amazed at how easily the movie’s themes flow within the story. In lesser hands, this film could’ve been a pandering slog, but Docter & Co. navigate every story hurdle with ease.

V: Richard Kind has been in a few Pixar productions now, including A Bug’s Life. And you’re right about his performance as Bing Bong; what initially appears to be a silly, childish character provides some of the most heart-wrenching moments in the film. Michael Giacchino has been one of my favorite composers since his work on The Incredibles. Even movies I don’t care for are elevated by his beautiful, sophisticated music.

M: To sum up, I think Inside Out is one of Pixar’s best films. It has excellent animation, spot-on casting, an important and heartfelt story, and magnificent world-building. Part of its success (aside from it being an excellent film) is because this is the movie that most closely resembles what audiences have come to expect from Pixar. It was like watching a Pixar film from the 2000’s, so that’s why most people thought this was a “return to form” for the studio. I personally don’t subscribe to that statement, since I believe no studio is infallible, and while Pixar is better than most, they can also make mistakes. But I do think Inside Out is their best film from this decade and an instant classic. Do you think it should’ve been nominated for Best Picture at the Oscars? I think it should have. 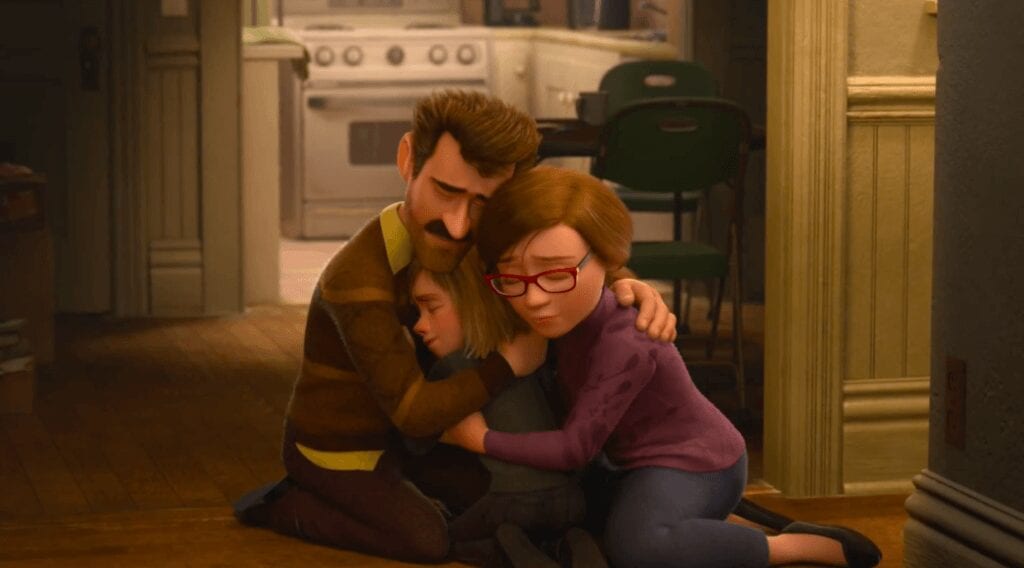 V: It’s hard to say because I no longer really follow the Oscars. In a vacuum, I’d say it’s worthy of the honor, but I’m not sure which films were nominated that year. I tend to agree with you that people have very specific expectations from Pixar, and Inside Out very much fits those criteria. My favorite Pixar film from this past decade is Coco, but Inside Out is way up there as well.

M: That’s all for this time. What do you think of Inside Out? Let us know in the comments and don’t forget to come back for our review of The Good Dinosaur.

Inside Out features stunning, imaginative imagery as well as a beautiful musical score by Michael Giacchino. Pixar again presents a group of perfectly cast, interesting characters who believably develop throughout the film's brisk runtime.