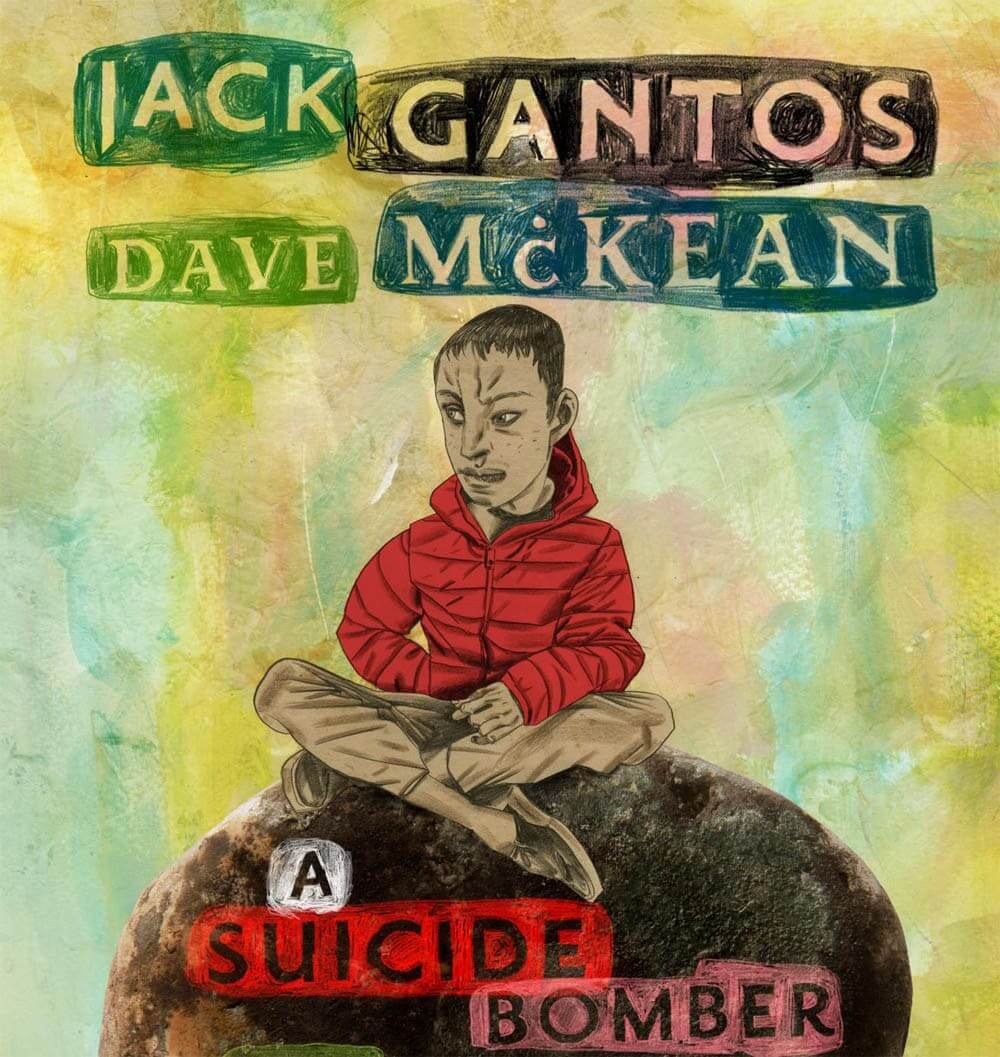 Abrams canceled the publication of a graphic novel on its ComicsArts list, A Suicide Bomber Sits in the Library by Jack Gantos (author of Rotten Ralph) and Dave McKean (illustrator better known for his Sandman covers) after the backlash it received from SJWs on Twitter because of its subject matter; a young, Middle-Eastern suicide bomber. Ironically, it appears only suicide bombers can write about suicide bombers – in spite of the hardships inherent in doing so, considering suicide bombers tend to die when they become suicide bombers – if we are taking cues from perpetually offended Twitter accounts. What really deafens readers is not Taylor Swift’s silence, but the Comic Book Legal Defense Fund’s silence. It usually is this way whenever the censorship comes from the right partisan politicking ideologues.

For those not in the know, the Comic Book Legal Defense Fund (CBLDF) is supposed to be “a non-profit organization dedicated to the protection of the First Amendment rights of the comics medium and its community of retailers, creators, publishers, librarians, and readers”. The CBLDF sometimes, if they like your political stance, provides legal referrals, representation, advice, assistance, and education in furtherance of their agendas. Or so they claim their goal is on their site, except for the partisan aspect their actions show; that’s just an unspoken bonus.

Some people tend to defend them by stating they can’t sue an amorphous mass of Twitter accounts. You don’t need to be a genius to figure that one out, but it seems to take a non-biased former supporter of them to point out they publish a lot of propaganda in the form of publications such as Defender, where they don’t even shy away from rambling against the Trump (then-to-be) Administration when it shouldn’t be of their concern, especially because some non-profits could lose their status if caught engaging in political activism. A clear example would be the following screencaps from their free, public pamphlet Defender Vol. 2 #1.

Back in the Wertham days of comic book censorship in the ’50s, when a psychiatrist provoked the self-censorship of the entire North American industry, almost killing the medium (like Hillary Clinton vs. video games or the puritans vs. Elvis but years before), these kinds of actions provoked the industry to cower in fear, over-apologize and create a code to censor itself, de facto mutilating its creative output and the public respect for the craft for decades. The only difference today is that an ever-offended and very vocal minority of identitarian ideologues are getting away with this in spite of, or colluding with, associations who should speak up against it like the ACLU or CBLDF.

In some ways, it is worse than the legal battles in which the CBLDF engages with a handful of public schools and libraries who don’t want to carry, say, Marjane Satrapi’s Persepolis for its subversive content. The readers have the option to go buy it or find it in a less prudish archive. SJWs have a track record of actually stopping the production of comics so no one has any kind of access to them, like Tim Seeley’s/Logan Faebar’s Blade series, canceled in 2015 because the creative team wasn’t black and that didn’t jive with a pundit from the now-defunct Comics Alliance website, the premiere SJW comic book site (this while pushing for some Tumblr artist who happens to be black to take over the Blade title). Of course, the CBLDF didn’t defend the creators they claim to support, even when one of them has contributed to the non-profit’s own fundraising efforts free-of-charge. Tim Seeley has provided his Hack/Slash and Revival characters to their partisan cause more than once.

It’s important, now more than ever, for readers to defend comics and clean house by denouncing the scam the CBLDF has become, taking the money from comics nerdom but not defending the actual cause, being very vocal about the “right” politics and their fundraising while only pretending to speak on behalf of freedom of expression in comic books (just take a look at their recent Twitter posts). Time to take our comics and right as consumers and citizens of the free world back!