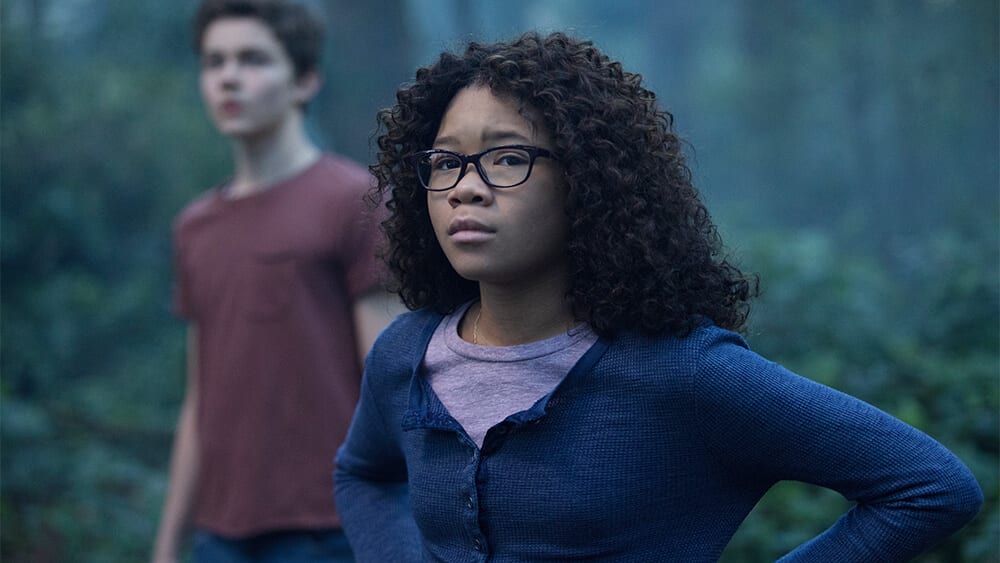 Today my husband and I took my sisters to see A Wrinkle in Time, Disney’s latest live action offering. There’s a lot to enjoy in the film, but like my colleague Musa and many other reviewers have said, it doesn’t ultimately live up to the messages it’s trying to convey. Rather than simply re-iterate many of the reviews already out there, I’d like to take the opportunity to look at what could have been done differently to turn this 6 into a 10.

I haven’t read Madeleine L’Eengle’s original novel, so naturally I won’t be comparing the two. (I also have a suspicion some of my issues may really come from the source material.) I will solely be looking at the 2018 movie and my issues with it, whether they originate from the original book or the creative team’s new ideas.

*Spoilers for A Wrinkle in Time*

This movie has a really good cast; admittedly an unconventional combination of names, but everyone does a good job with their respective roles. The costumes and music are amazing. The chemistry between characters is there. To me, there was really one thing that stood out as… not good. The dialogue is at times distractingly clunky. In fact, in any scene involving Meg and the Mesdames reeks of awkward, generic dialogue. At the same time, I wish we got to see more of the Mesdames. They were awesome and had really cool designs, but are largely absent from the third act. I also would have liked more of the theories that Meg’s parents came up with.

In short, it feels like they needed more time to focus on several aspects of the story. It also felt like once Meg and crew went to look for her father, they found him too quickly and easily. No real obstacles present themselves until they arrive to Camazotz. Calvin falls off Whatzit’s back once, but we never feel that he or the others are in any true danger. This section also feels boring; you could essentially cut out the “journey” part and lose nothing. I could have done with a little more explanation and exploration when it comes to the tessering power too. How exactly do you achieve it? Is it really as easy as it looks? Because if so, Meg or anyone else should have been able to do it all this time.

There are elements here that feel both too present and not present enough. Take the bully, Veronica, for example: we see her being a jerk two or three times, Meg retalliates, and we’re presented with the reason for her behavior. Why explain the character’s motivation so briefly and then have her act nice at the end? It feels like they should have either done more or less with her. I can respect that they tried to give every character a little depth, but it tends to be just enough to make us ask questions and not quite enough to create a strong connection with the audience.

Ultimately, to improve the movie, I think two options should have been present; either cut some of the extraneous plot elements, or make two movies. Nothing here is really terrible or uninteresting, so I’d opt for the latter. As is, this movie is serviceable and better than some people are giving it credit for being. But with some tweaking and maybe even a part two, things could have been different.