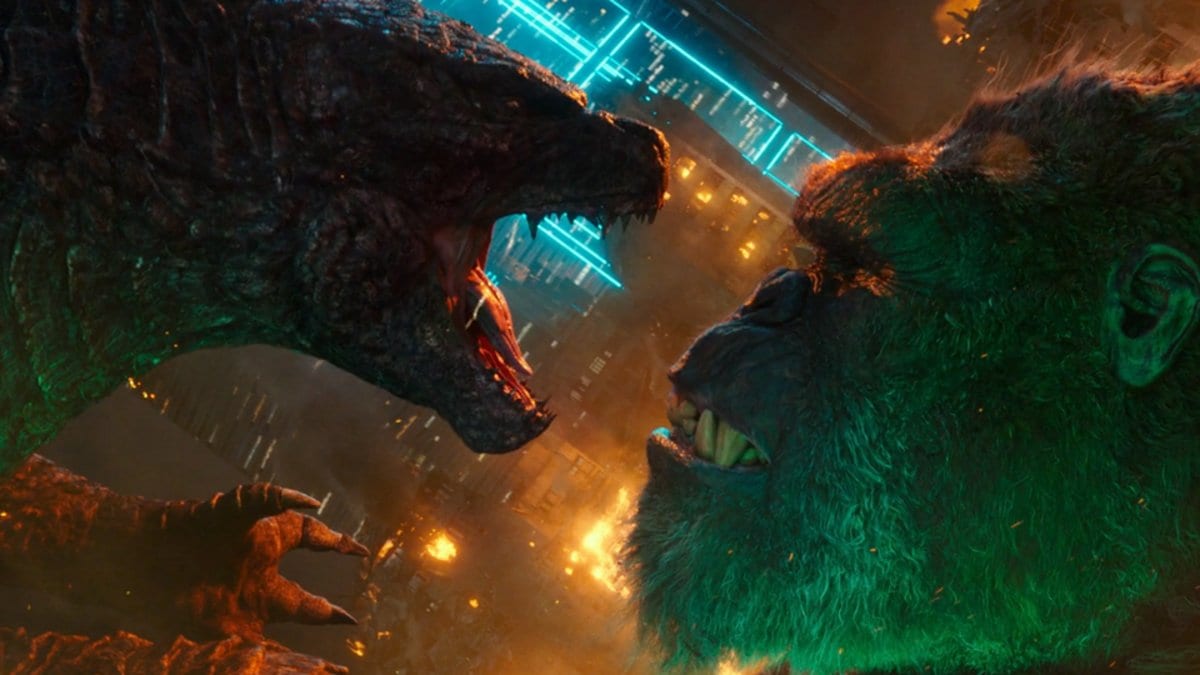 Legendary’s monster mashes aren’t over yet. According to The Hollywood Reporter, the studio is in early talks with Godzilla vs. Kong director Adam Wingard to helm another movie in their Monsterverse. After assuming their franchise would end with this month’s entry following the disappointing returns from the abysmally bad Godzilla: King of the Monsters, the surprising success of Godzilla vs. Kong has got dollar signs dancing in Legendary’s eyes. In almost four weeks, Godzilla vs. Kong has grossed $400 million worldwide and is the second-most-successful film in the series, with only Kong: Skull Island making more. Legendary is considering Son of Kong as the title for the next Monsterverse movie. Adam Wingard is also set to direct a sequel/reboot/whatever to modern classic Face/Off.

You don’t have to be a Hollywood insider to have seen this coming. Legendary’s Monsterverse has been rocky, to say the least, and it’s a tall order to expect a studio to keep making expensive movies that see little to no return. Godzilla vs. Kong is the lifeline Legendary has needed, the signal that the big budgets these films necessitate could be worthwhile. Plenty of analysts and “experts” have weighed in on why they think this movie struck a chord, and the answer is probably a little bit of everything they’ve suggested. Unlike the dour, joyless Godzilla movies, it was actually fun and delivered the monster action it advertised, so people probably went back and brought their doubting friends with them. (It isn’t an accident that the two Monsterverse flicks featuring King Kong are the biggest hits; they dare to entertain.) It’s also the exact crowd-pleasing blockbuster audiences needed after a year of misery and despair that still feels like it’ll never end. If the studios were smart, they’d make a lot more movies like this as fast as they could, but they seem to prefer reveling in their own implosion instead. You have to wonder if it would have done even better business without the HBO Max same-day release and the mask mandates in theaters; I’d have loved to have seen Godzilla vs. Kong, as well as some other movies, on the big screen, but I’m not paying almost $20 to suffocate for three hours. As for Adam Wingard, I have mixed feelings. I’m happy he’s finding success, and he absolutely deserves this after giving Legendary such a big win. But I’m also lamenting losing a creative director to these big vehicles. You’re Next and The Guest are fun, cool, expertly filmed movies, and it’s disheartening to see the guy who made them fill his schedule with giant monsters and a Face/Off remake (or sequel, as if it matters). I know it’s a tradeoff we have to make if we want blockbusters to be good, but I’d rather see something different from him. But we’ll see; maybe he’ll go back and forth, which would be fantastic.

Do you want more Monsterverse movies from Adam Wingard? What did you think of Godzilla vs. Kong? Is there any chance of Gamera throwing down with the big two? Let us know in the comments and stick around Geeks + Gamers for more movie news!

I would love to see King Caesar and Jet Jaguar with an update. Even Hedorah and Gabara would be nice too. Though Son Of Kong? Really? I love the original still. And I still cry at the end of it. I just hope they keep that one simple and a character based drama that happens to have a monster in it? Cause that wouldn’t work if it was just a monster fight fest.

I think that a film with the return of Tom Hiddleston and Brie Larson(not the biggest fan, but her return would make sense) to Skull Island to meet the only surviving member of the Kong clan. I give it a 50/50 shot no matter what happens.

It would have to be set earlier, then, because Kong: Skull Island took place in the 70s. Unless they want to put old people makeup on Tom Hiddleston and Brie Larson, which I doubt. It’s a shame, because I think they were the most interesting of the human characters in these movies, especially Hiddleston.