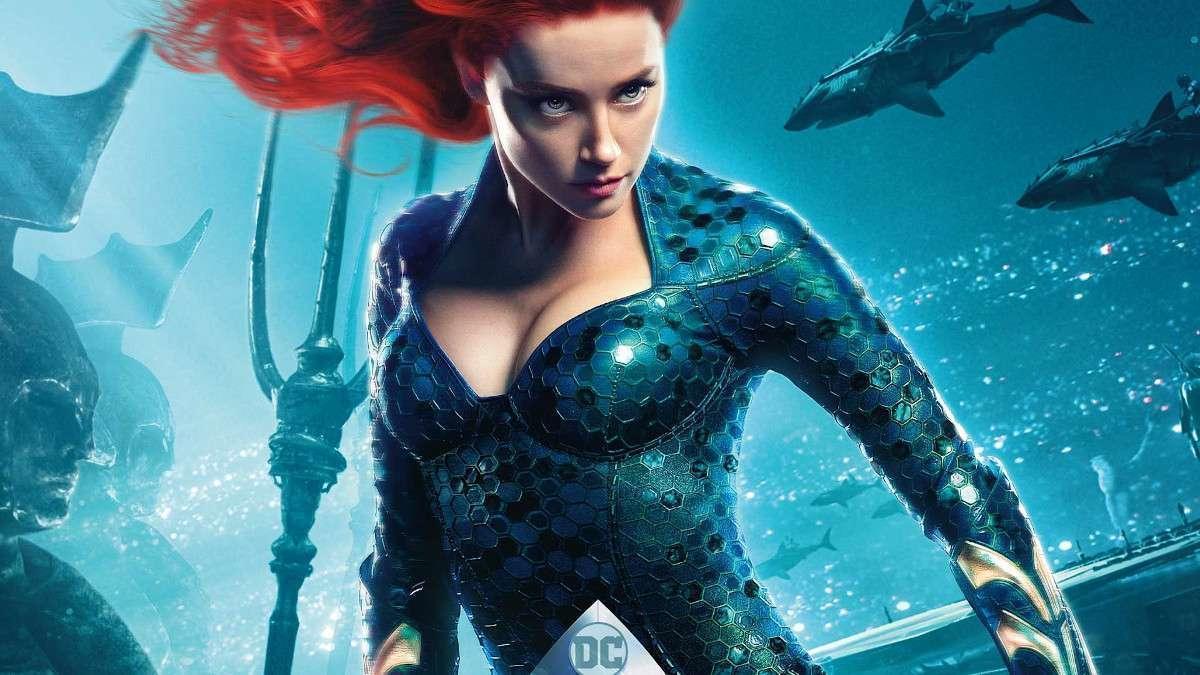 Aquaman might be single again. As part of her testimony in her ongoing trial with former husband Johnny Depp yesterday, Amber Heard revealed that she no longer has a DC movie contract with Warner Bros. This follows remarks from the day before, where Heard said that her part in the upcoming Aquaman and the Lost Kingdom has been minimized and that she isn’t even sure if she’ll make the final cut. Specifically, Heard said that a fight scene of which she was a part is no longer in the film, likely due to claims that she abused Depp. A few weeks ago, Grace Randolph (yeah, I know, but it seems to jibe) tweeted that Heard is only in the Aquaman sequel for ten minutes. Heard portrayed Mera, the love interest for the titular superhero, played by Jason Momoa; she also appeared as the character in Justice League. Johnny Depp, whom Heard alleges assaulted her, lost the role of Grindelwald in the Fantastic Beasts movies, part of the Harry Potter franchise, which is also owned by Warner Bros. He will also no longer be a part of the Pirates of the Caribbean franchise (which means said franchise is over, no matter how much Disney wants to believe otherwise).

I hear #AmberHeard has less than 10 min of screentime in #Aquaman2 pic.twitter.com/oh4ZhQ1CiU

I haven’t been following the Depp-Heard trial outside of the random Twitter video clip and the many memes that will be flooding the internet for months to come, so I can only comment so much on this. In general, I’m not a fan of people losing their jobs over allegations, and while it’s virtually impossible not to have a personal opinion of The Ballad of Johnny and Amber, no one has been convicted of anything or been ruled against in some significant way (unless you count Depp losing that libel suit in the UK). The idea of a person losing their livelihood and becoming a pariah because someone else pointed at them should frighten us all. Johnny Depp’s firings may sting more because of how beloved a star he is, but I don’t think anyone should be suffering professional losses because of this – at least, not yet. As for Aquaman and the Lost Kingdom, I kind of understand making Heard scarce; it’s a business decision based on negative exposure, and Heard is still being paid her full salary, which she says is more than she got for Aquaman, so that’s a reasonable response. (And while I understand the optics of having her in a fight scene, it’s sad that people are that fragile.) Insofar as the movie itself, I don’t care much. I thought Aquaman was okay (which still makes it a top-three DCEU movie for me, depending on what counts), and Heard and Mera made no impression on me, so I’m not exactly wounded by this on an entertainment level. But I’d like for this kind of thing to stop.

Are you glad Amber Heard no longer has a DC contract? Should they recast Mera or dump her from future movies? Is some studio executive suddenly eyeing a War of the Roses remake? Let us know in the comments, and stick around Geeks + Gamers for more Hollywood hysteria!