An Interview With G+G’s Tommy Tron 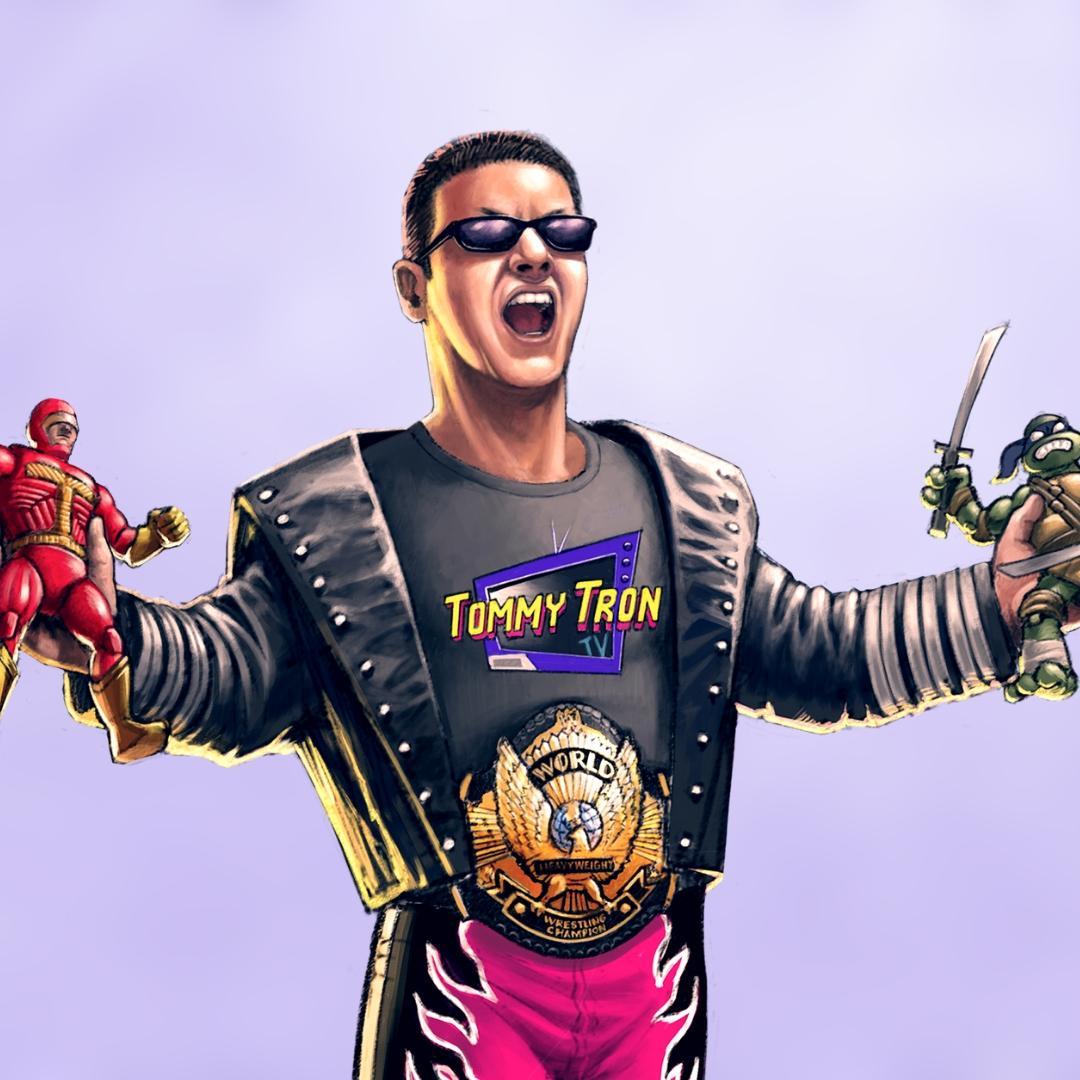 Tommy Tron and I finally sat down for a chat about collecting!

Blabbering Collector: When did you decide to start collecting, and why?

Tommy Tron: I kinda have been a collector my whole life, really. But I kind of fell off it in my teenage years. I picked it back up later in life, probably early adulthood… probably just because I rekindled something when I came across these Nightmare Before Christmas watches. I loved these as a kid. These are from Burger King, and I remember owning a few. I remember going to Burger King and the excitement of getting one, and I’ve always loved this movie. I always had some stuff from my childhood; I had some G.I. Joes left over from my later childhood. I held onto some stuff.

BC: Anything you missed out on as a kid that you’re now like, “I can get this now! I’m an adult! I can pay for this.”

T: Yeah, like, I don’t know if I have money now, but I don’t have anyone tell me no, necessarily. I mean, my wife still tells me “no,” but you know, it’s a little easier to get around that rather than your mom telling you “no,” because that’s the ultimate shutdown.

BC: What goes into your decision-making for collecting?

BC: Do you have a budget?

BC: Weekly, whatever, yeah!

T: I mean, I feel like everyone has a budget that they work within. I sell a lot of stuff. I have a closet full of stuff that I need to sell, so a lot of my buying depends on how much I sell that month. It varies. I’ll also rearrange certain things, and it will give me more space. It can vary [from] fifty to a couple of hundred to five hundred a month. I typically won’t go over that threshold of five hundred. That would be pretty rare, for me to exceed that.

We also have the Bragging Rights show to consider. We don’t collect for that show, but that is an aspect; we are entertaining an audience. We are picking up things that we would be picking up anyway, but there is an element to it that you are doing this for the community; we are sharing with the community. So you’re probably apt to collect something that you would be on the fence bout picking up that month, and it would have stretched the budget a little bit. But you would go ahead and pick it up anyway because you have the show! Not every collector has that driver behind them, so that has to be factored in too.

BC: How do you limit yourself on collecting?

T: I try to be mindful of the space and the money. I’ve been really limiting myself lately on I.P.s and the newer stuff. I’m focusing on the more vintage stuff. I canceled a few pre-orders on some items because I was like, “Do I really need these things?” It hurt to cancel them; it hurt my heart. But it honestly saved me a couple of hundred bucks in the long run. It hurt for a few days, but then I’m like, “Honestly, this was the right idea.”

BC: If you had an unlimited amount of money and space, what else would you collect?

T: Yeah, I would collect a lot. I have a lot of vintage game systems; I think I would increase the size of that setup. That is something that I want to do anyway, but if I had an unlimited budget, I would also put some of that money into vintage guitars. I recently picked up a guitar, and they are just beautiful to me. I really love music, but I really enjoy – aside from toys; that stuff is cool – but I really enjoy collecting things that you can use… and play! I enjoy collecting video game systems; that’s why I enjoy collecting VHS, cassette tapes. And that is why I think I’m really getting into collecting vintage instruments as I get more heavily involved with learning guitar because you can play that instrument from that time. That is intriguing to me. Lastly, with unlimited resources, I would buy the Home Alone house. That’s always been my dream. It last sold for over $3 million, and it’s off the market, though.

BC: Do you scrutinize items before purchasing them? For me, I take a good look at the item from all sides and compare it with others on the shelf. Same goes for eBay photos. I’m like Sherlock Holmes.

BC: Do you prefer to collect online or in person? Do both have benefits and drawbacks?

T: Both have benefits! It’s fun to go out and look for stuff. I typically do it like this: I try to collect stuff in person that I know I can find in person. I’m not just going to go online and buy a mid-range G.I. Joe or something, or a random cassette tape, because I’m pretty sure I can find that stuff in person. But if I’m looking for a sealed Home Alone board game or a Home Alone VHS stand, I can guarantee you that I will never come across it in person. Like if you see something that is rare, and you know if it pops up, you will never see it again! Then, it’s time to buy it. Or you can be stubborn online, and you can never have it. That is an option too.

BC: Why do you love collecting Home Alone so much? What made you decide to focus on it?

T: It is my favorite movie. I always watch it during Christmastime. I remember watching it as a kid; I remember the atmosphere that the movie had when it came out. For the nostalgia, the association with Christmas… it hits me the right way!

BC: Switching gears a little bit, can you talk about how your educational background affects Geeks + Gamers?

T: I have a Bachelors in Leadership from Alabama, and I have a Masters in Organizational Performance and Workplace Learning from Boise State. That is what I do behind the scenes, to take G+G to the next level.

BC: How did Bragging Rights Monthly begin?

T: It was actually Dan [Vasc], I believe. I think Dan was talking to Jeremy about doing retro collecting, and I think Jeremy mentioned it to me. I think it was when I first started to do my channel, and Dan was like, “We should do something together!” This stuff isn’t off the table, but we were talking about playing retro games together, and just showing off our collections.

BC: It’s the best show! There is no politics, no complaining about horrible pop culture, just good, old-fashioned fun! And it’s fun to compete against each other. I love it. What made you decide to start your own YouTube channel?

T: I’ve always been inspired by the retro channels out there. Probably my favorite one is Pixel Game Squad. It’s extremely entertaining stuff, and I thought, “If I’m going out and looking at this kind of stuff, then maybe I can do something like that too.” So I started filming some of my adventures and excursions and editing them. I took inspiration from that channel and a few others. It takes a tremendous amount of time and energy. If you think about how much time you spend looking at stuff, like six to eight hours just cruising the flea markets and wherever you go. You have at least that and editing! And I’m not a very good editor, so it takes me more time. I’ll get back to my channel eventually; just, life got in the way!

BC: Do you have any YouTube or collecting goals for the rest of 2022?

T: That’s a good question… yeah, I don’t know! I have been looking at so much stuff I don’t even know where to start. I have a couple of searches for a few Guns N’ Roses cassettes, some other grunge cassettes, like Nirvana, some random stuff. I think that’s it. I don’t have any big goals; I just have a lot of random fill-in stuff for the rest of the year.

BC: Do you have anything you would like to say to your audience?

T: Thanks for the support! Bragging Rights has really taken off, and it is so much fun to do it when we can. We are doing it on the best schedule that we can, and we really enjoy doing it, and we love how responsive people are to the show. It’s just been a tremendous amount of fun! Thanks for always being there with us; it makes it worth doing.

Speed Round – Short Answers Only

BC: So… Narnia. Favorite book?

BC: California or New York state?

BC: That’s a cuisine? I meant a favorite type of food, like Italian…

T: I’m not this fancy! You can’t ask me a question like that!

T: I’m not familiar with it. I’ve just never seen it.

BC: The sky or the ocean?

BC: Sand or water?

BC: Would you rather plank for five minutes or dye your hair blue?

BC: Grocery shopping or running a mile?

BC: Chicken or beef?

T: Oh… there was a time when I would definitely say Star Wars, but I have to say Star Trek at this point.

Twitter: At what point are you going to be old enough to be considered a part of retro gaming?

Tommy: Geeze *laughs* A part of retro gaming? I guess maybe I am now. How old do you have to be?

BC: I feel like that is an opinion question.

Tommy: You look around, and you see things that are thirty, thirty-five years old, and I’m like, “Holy crap, ten years ago, these were twenty years old!” Well, now, it’s like… thirty years is a significant amount of time! So, I don’t know! Fifty? Sixty? I don’t know.

Twitter: What is one collectible that you wish you had?

Tommy: That’s a good question! Man… one thing that I could narrow it down to? That’s tough. I’m trying to think. *Five minutes later* There are a couple of things that I’ve been eyeing recently, but I’d love to have a sealed copy of the Home Alone NES game – an original, sealed copy with a Toys “R” Us sticker on it… that would be cool.

Twitter: How long have you been a part of G+G?

Twitter: How do you continually kick Jeremy’s ass on Bragging Rights?

Tommy: I think it came pretty even on the last one.

BC: Oh, with the walrus dick?

Tommy: Yeah, with the walrus dick. If people are going to give him stuff, I can’t compete with that! But at the end of the day, I don’t know; I’m constantly buying and selling stuff. I’m always in that mode of looking for deals, and I happen to come across a lot of good deals! Jeremy and I were just talking about this a few weeks ago. I’m able to find such good deals at different times because I’m constantly looking, and I buy it when I see it, and you never know what is going to happen. You never expect to get something that is worth a couple of hundred bucks for fifty or sixty bucks, but it happens! Some people just want to get rid of their stuff all at once, and they just list it, and you’d better be ready to get it. Just be on the grind! Always looking. 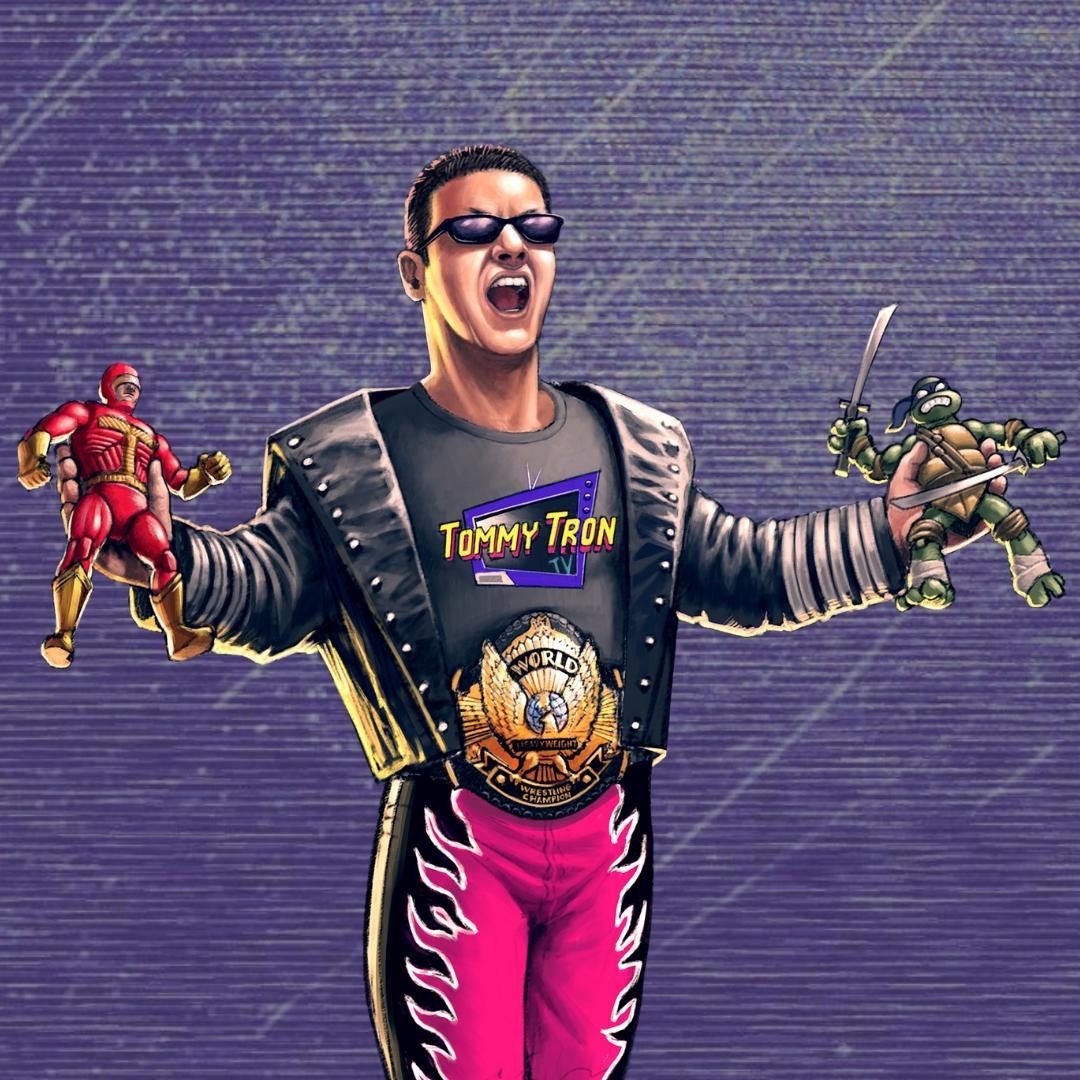