Angel Has Fallen Trailer Runs for its Life Online 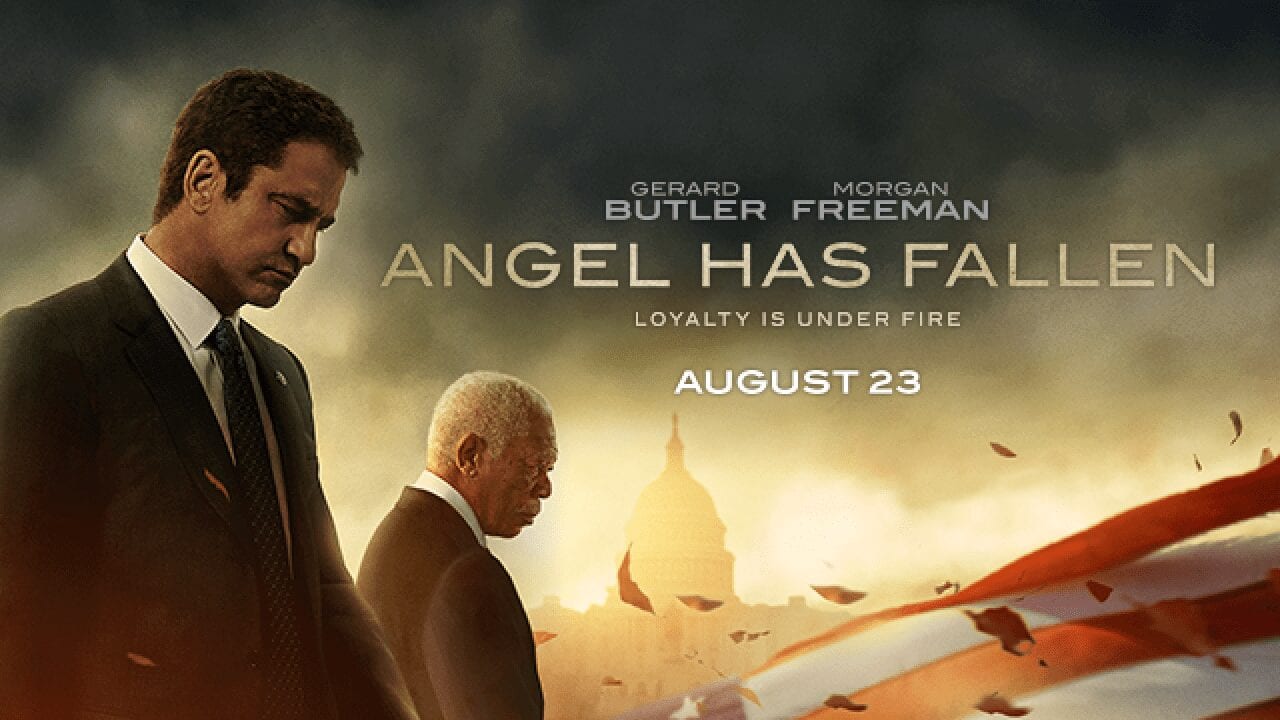 Gerard Butler is going to have to save the President at least (and I hope not just) one more time, as Lionsgate has released the first Angel Has Fallen trailer. The third in the immensely entertaining action series, Angel Has Fallen sees Butler’s Secret Service agent Mike Banning protecting former Speaker of the House Alan Trumbull (Morgan Freeman), who apparently ran for and won the Presidency since London Has Fallen. Framed for an attempted assassination of Trumbull, Banning goes on the run, having to evade capture while he smokes out the real terrorists. Aside from the returning Butler and Freeman, Angel Has Fallen features Jada Pinkett Smith, Danny Huston (evidently playing the villain, as is stipulated in his contracts, Birth notwithstanding), and Nick Nolte as Banning’s father; a new director, Ric Roman Waugh, also joins the film, which opens on August 23rd. Check out the Angel Has Fallen trailer below:

I’m all in, but then, this one was always a no-brainer for me (you’re welcome for the opening). I love the previous two “Has Fallen” films; they’re throwbacks to when action movies didn’t have to apologize for being what they were, when a man’s man could kill bad guys and save the day without being self-aware of how “problematic” he was. The Angel Has Fallen trailer promises more of the same, and thank God for that. I’ll miss Aaron Eckhart as President Asher, but I’ve enjoyed the growing friendship between Banning and Trumbull, and having him become the next President – and, consequently, Banning’s new charge – is a logical progression of that. Danny Huston is a reliable heavy, and Nick Nolte is pitch-perfect casting for Banning’s dad, who’d better have some great action moments of his own. My biggest worry is the change in directors; Antoine Fuqua and Babak Najafi were instrumental in crafting exhilarating (and coherent; I lament that this has to be stressed nowadays) action sequences in the first two movies, and a new name always runs the risk of disappointing. But the same was true of Najafi, and when London Has Fallen was over I wanted him to direct every action movie from then on, so Waugh has the benefit of my doubt. With this, John Wick: Chapter 3, Shaft, and Hobbs & Shaw, this summer could be an embarrassment of action cinema riches.

What did you think of the Angel Has Fallen trailer? Are you a fan of the series? Do you wish it was Channing Tatum coming back instead of Gerard Butler? Let us know in the comments and stick around Geeks + Gamers for more movie news!