As many were shocked to see last week, someone “broke through” the security barrier at AEW Dynamite during the Chris Jericho and MJF segment. The camera work had me fooled, to begin with. I just assumed they shot the fans so I’d see someone in the crowd heckling MJF, but they were actually showing that it only took a couple of live shows for dickheads to act like dickheads again. MJF mouthed off in an amusing manner, at least.

Props to Justin Roberts for rolling his sleeves up and getting involved. I give Roberts grief for being over the top and trying too hard, but here, he showed he is a valuable member of the crew and that he isn’t just going to run in and out with a cheap punch once security grabs a rail-jumper. Once a single member of security had hold of the guy on the ramp, Roberts was on the arena floor below and swept the leg with his hand. This made it easy for the rest of the security to get involved and do their job. 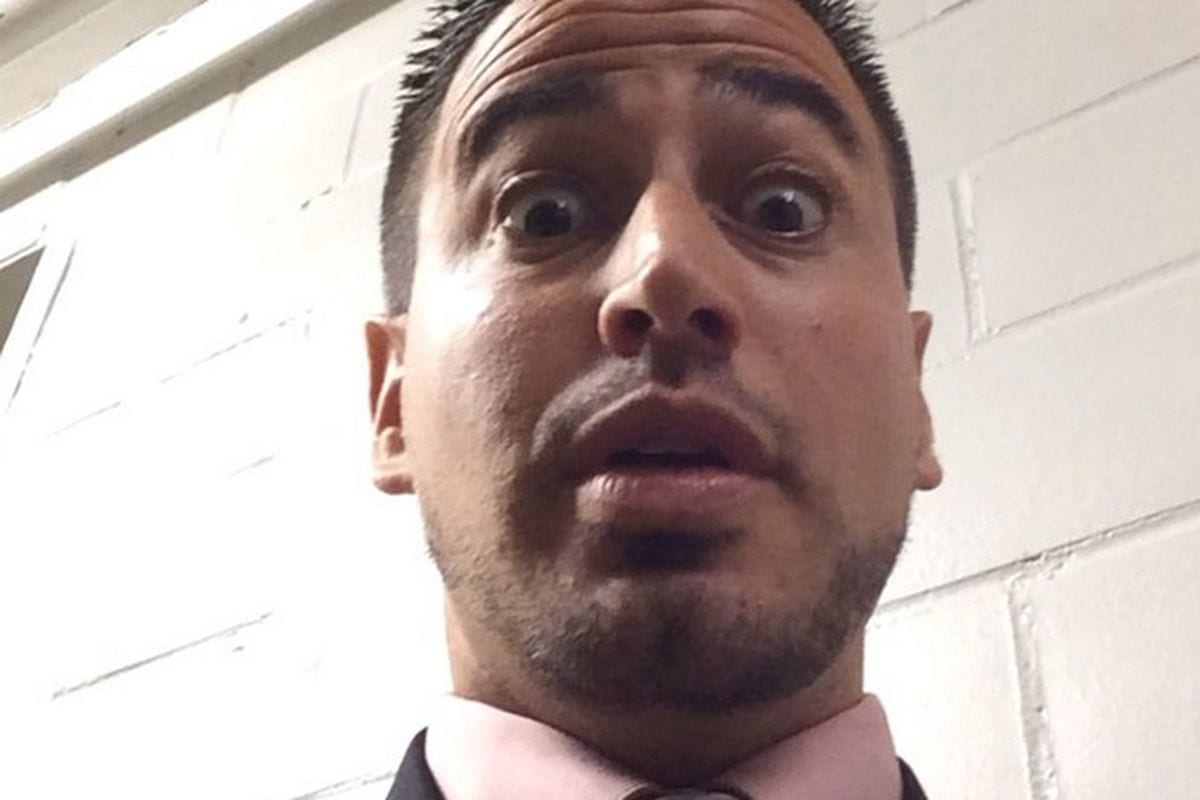 After being removed from the arena, the rail-jumper gloated on Twitter and claimed Jim Cornette and anti-AEW fans sent him. Bullshit. First of all, bad/opportunistic people will take advantage of a situation that presents itself, and if they get caught, they’re sure as hell not going to accept responsibility themselves.

The thrower of aforementioned cheap-shot, Chris Jericho, obviously had no mix-up in his meds this week, and he responded with some sense… for a change.

Do you really think @TheJimCornette would condone this you fuckin loser? Jimmy would’ve shoved a tennis racket up your ass and smashed your car windows. https://t.co/xAN8GVvNCz

This statement holds quite a bit of weight if you think back to Cornette and Jericho taking shot after shot at each other over the last year or so; it’s gotten pretty personal at times. Maybe Jericho’s had a little time to reflect and see there’s some method to Jim’s madness and he’s NOT JUST saying your wrestling show is far from brilliant to be loud and silly. Speaking of silly, Captain Underwhelming himself felt left out and had to project all over this situation.

Is it finally time to assume some responsibility and dial the online persona back a bit? Your low IQ man children have evolved from parroting your comments to actually acting out in (attempted) violence.

Crybaby Kenny jumped at the chance to point the finger at Cornette in the hope that people disregard any negative comments made about him in the past. Kenny seems a bit too keen to overreach here, as well as trying to pretend that he knows what personality is. Besides, I’m pretty sure Kenny’s got better things to do, like checking those girls in his basement have enough bread, water, and anime cosplay outfits.

Anyway, here are two simple rules for why this theory is a load of shit:

1: Listening to Jim Cornette’s Drive-Thru and Experience and watching old clips of him has taught us that jumping the rail is a dumb idea. A really dumb idea.

2: If anything, Jim Cornette has REDUCED the chance of Kenny Omega getting a slap (or worse) in the face. Thanks to being able to listen to and live/vent vicariously through Jim twice a week, people feel SLIGHTLY better about the current state of pro-wrestling and at the positioning of permy-pricks like the Final Fantasy 7 fanboy, little Kenny Omega.

At least Jericho had the decency to agree with someone he doesn’t get on with but knows is in the right. Kenny’s just finding an excuse to don one of his tutus and be the contrary fairy. 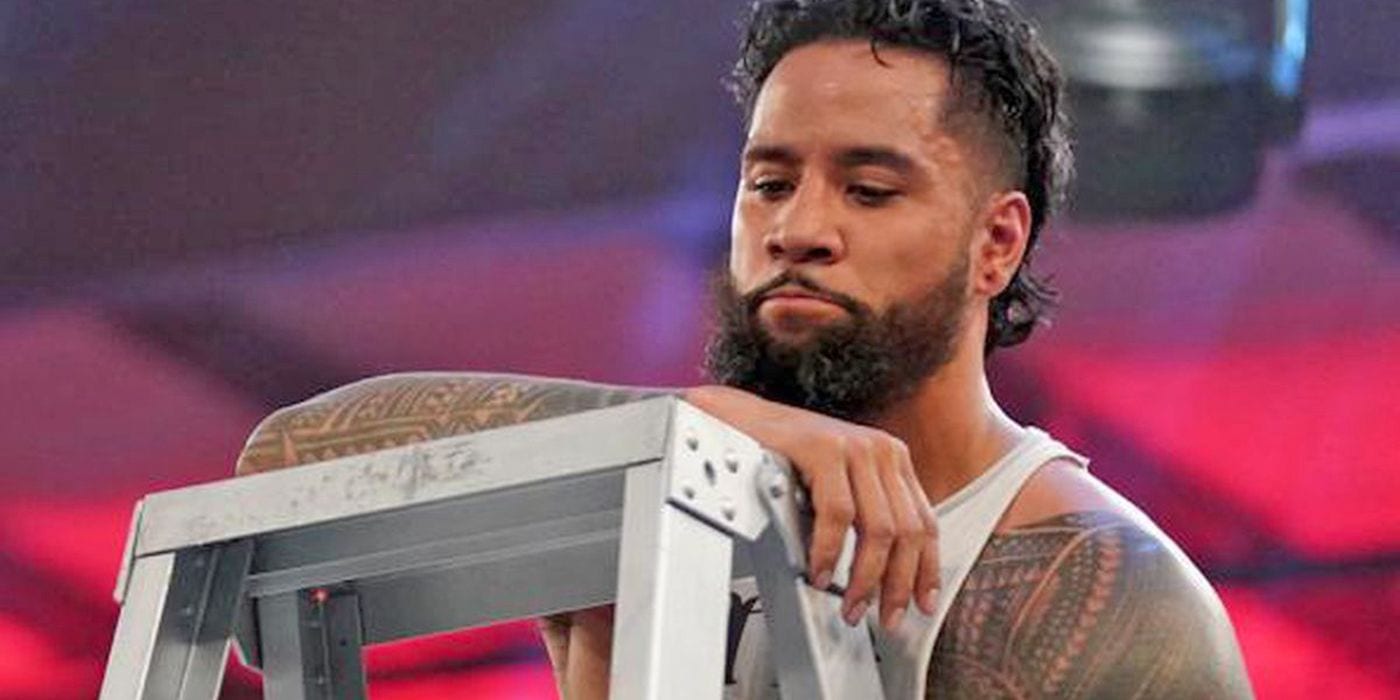 This keeps happening. Ignoring bad behavior and even rewarding it in some instances is just going to cause problems down the road. As well as potentially killing/injuring someone else being an utterly shitty thing to KEEP DOING, WWE talent that keeps their noses clean, and their licenses cleaner will build resentment too. WWE has covered for Jimmy Uso before and possibly more so with Jeff Hardy in the past. The last time Hardy was caught, WWE just made some storyline about it where he was framed and the line between fiction and reality was blurred once again.

In the best-case scenario, we get a Jimmy Uso-inspired ode to Jeff Hardy vs. Sting at TNA Victory Road 2011; Uso making an absolute tit of himself in front of a worldwide audience. Worst case, he fucking kills someone! Celebrities (etc.) need to be held accountable for this shit; no more free passes.

Some great behavior has had some bad luck over on Smackdown. In news that’s left many people absolutely gutted, Bayley is out of action for nine months after sustaining an injury during a training session. While preparing for her “I Quit” match against Bianca Belair at Money in the Bank, she managed to tear her ACL and end up on the shelf again. 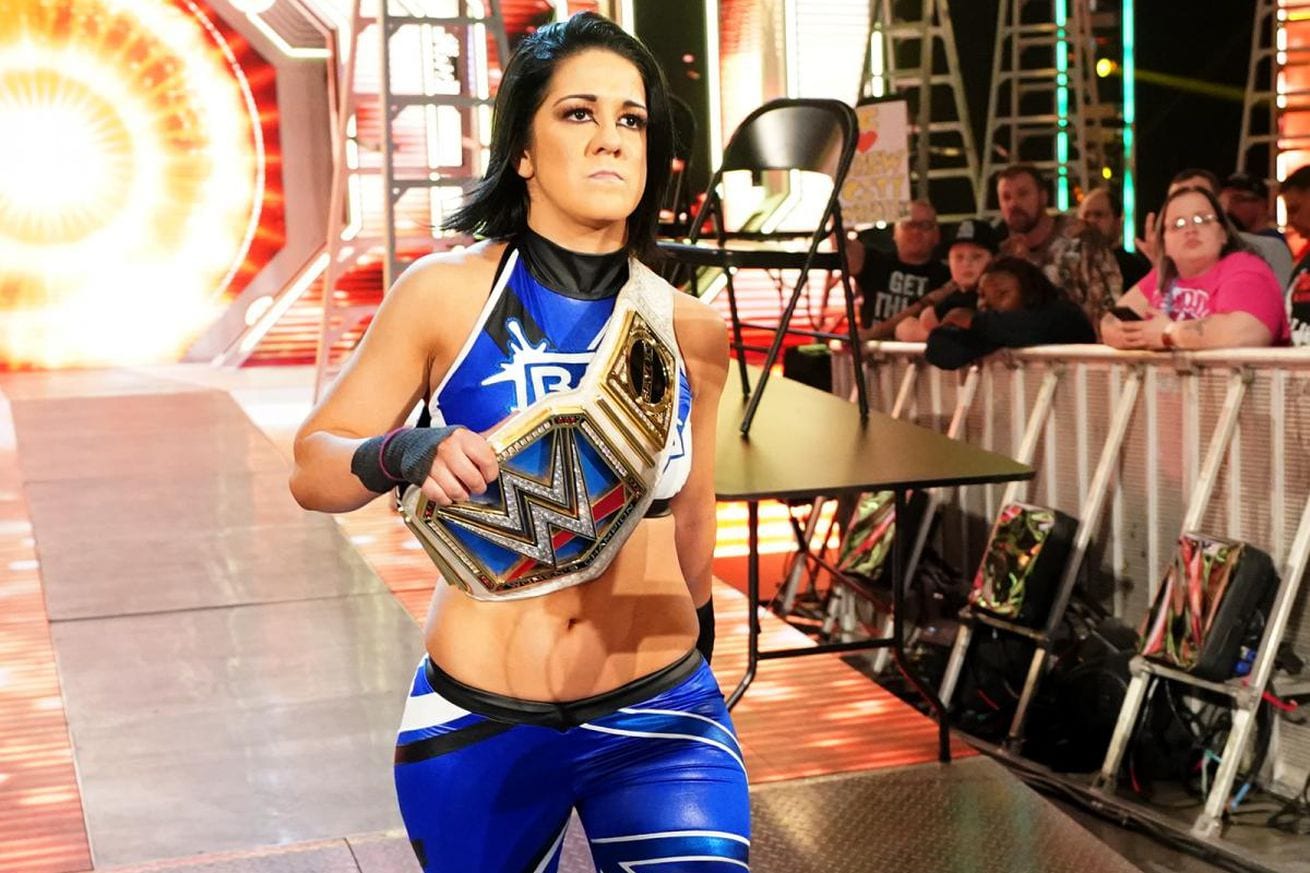 During the empty arena era of this last year, Bayley had consistently performed well at the top of the card and been one of the better things on either main brand show. Alright, her light may have dimmed a little while she was running around as Karen-Bayley, but everything else has been gold. It’s a shame she’s going to have to take some time off while she was on fantastic form.

Fingers crossed she heals up quickly and comes back better than ever.

Back to AEW, Aleister Black/Tommy End/Malakai Black debuted on AEW Dynamite on Wednesday. Arn Anderson was putting Cody Rhodes over before the lights dropped, and the mystery was revealed. Black kicked Anderson out cold and dropped a concerned Cody for good measure too. 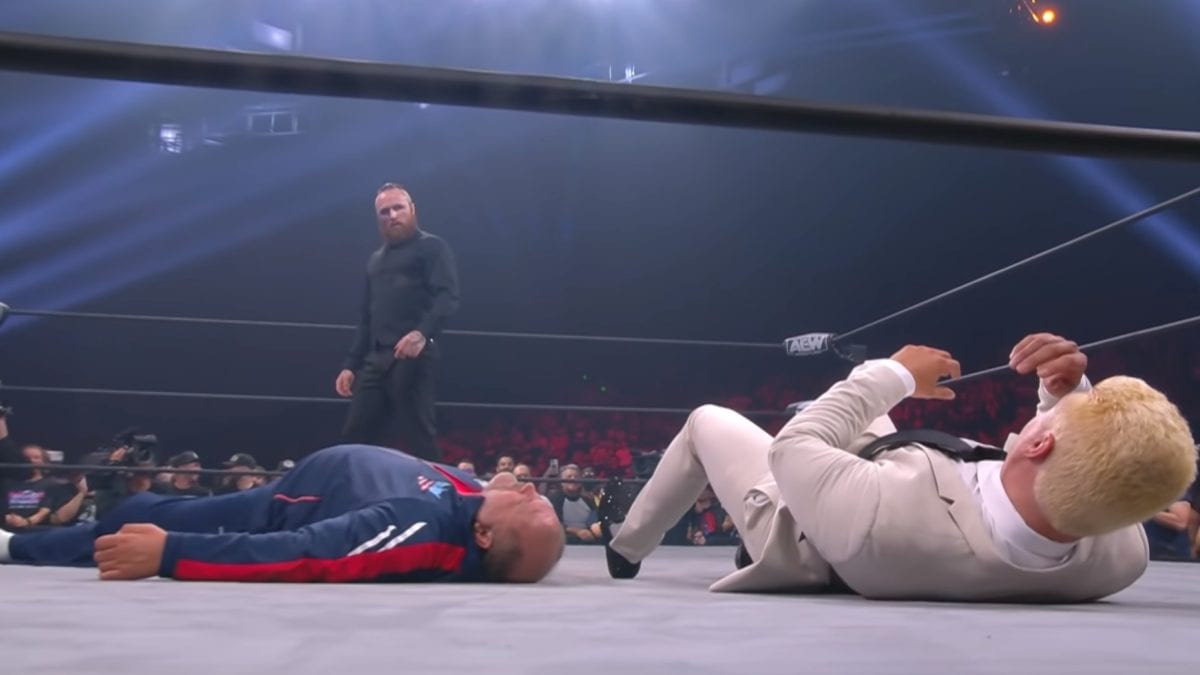 Seriously, AEW, well done for keeping this a surprise! I know one (or more) of The Vultures of Television grumbled about Sting’s surprise being kept from them, and they wanted everything to be announced via press appearances beforehand, but fuck ’em. Surprises are in the nature of the business; if your product is good enough, your TV station should trust your judgment and leave it in your hands. It’s AEW’s job to make a quality product; the network takes a finished product, advertises it., and sends it out.

As much as I enjoyed this introduction, I will reiterate my point about having too many ex-WWE stars on the AEW roster now. It can’t go on like this forever, can it?

Do not bring it back!

Fine. I see that glint in Vince’s eye, and I know what he’s like. I suppose I’ll have to do something special to see it off. Just to make sure no one thinks it’s a good idea to dig it out of the loft one rainy weekend. Stay tuned for That’s Not Wrestling this Thursday, where I’ll be saying sayonara, adios, and don’t come back to The WWE Thunderdome!

Thanks for reading about Jimmy Uso! If you’re looking to organize something more in-depth, have a quick natter, or just throw a passing insult, feel free to get in touch on Twitter, SUBSCRIBE to my YouTube channel, and/or check out everything else I do over on: