I discuss Gable Steveson, WWE, Brock Lesnar, Samoa Joe, NXT 2.0, and more! Welcome, and thanks for joining me at Geeks+Gamers!

As well as bringing you That’s Not Wrestling every FRIDAY and ranting about PPVs on YouTube, I also mouth off on a Monday regarding other wrestling events that catch my eye. I’m Danny Damage, writing for Geeks + Gamers, and this is Another Week of Wrestling!

The 2020 Olympic gold medalist winner Gable Steveson appeared at WWE SummerSlam a few weeks ago. He smiled at the fans and got his name and face out there and into our minds. There was no solid news of anyone making any big moves, just that a relationship had been established.

“The WWE community and the organization always welcomes me with open arms, with red carpet treatment, which is how it should be.” –Gable Steveson

Then, on the 4th of September, Steveson tweeted out in a cock-teasing manner.

People knew that Steveson had contacted both WWE and UFC, so they were on the edge of their seats until confirmation was received. Steveson has mentioned in the past taking career advice from Brock Lesnar since high school. Landing in WWE makes a lot of sense when he’s got someone like Lesnar to potentially pass him the torch in the years to come.

As his autonomous programming dictates, WWE did something good, so Dave Meltzer obviously started flailing:

“They are big behind him for a lot of reasons, but it doesn’t mean he’s going to be a success, either. I mean, it’s like he’s going to have the microscope on him and he’s gonna be up there [on the WWE main roster] too soon, for sure. He’s gonna be in matches too soon as far as to be a good worker, because they’re gonna try to capitalize on it although I think he goes full time in May 2022 and, you know at that point they’re gonna be grooming him to the top spots, and they signed him to a deal that pretty much wants him there. It’s already been teased and talked about that (Brock) Lesnar would eventually wrestle him in a passing-of-the-torch type moment at a Wrestlemania.” –Dave Meltzer (quote courtesy of RingsideNews.com) 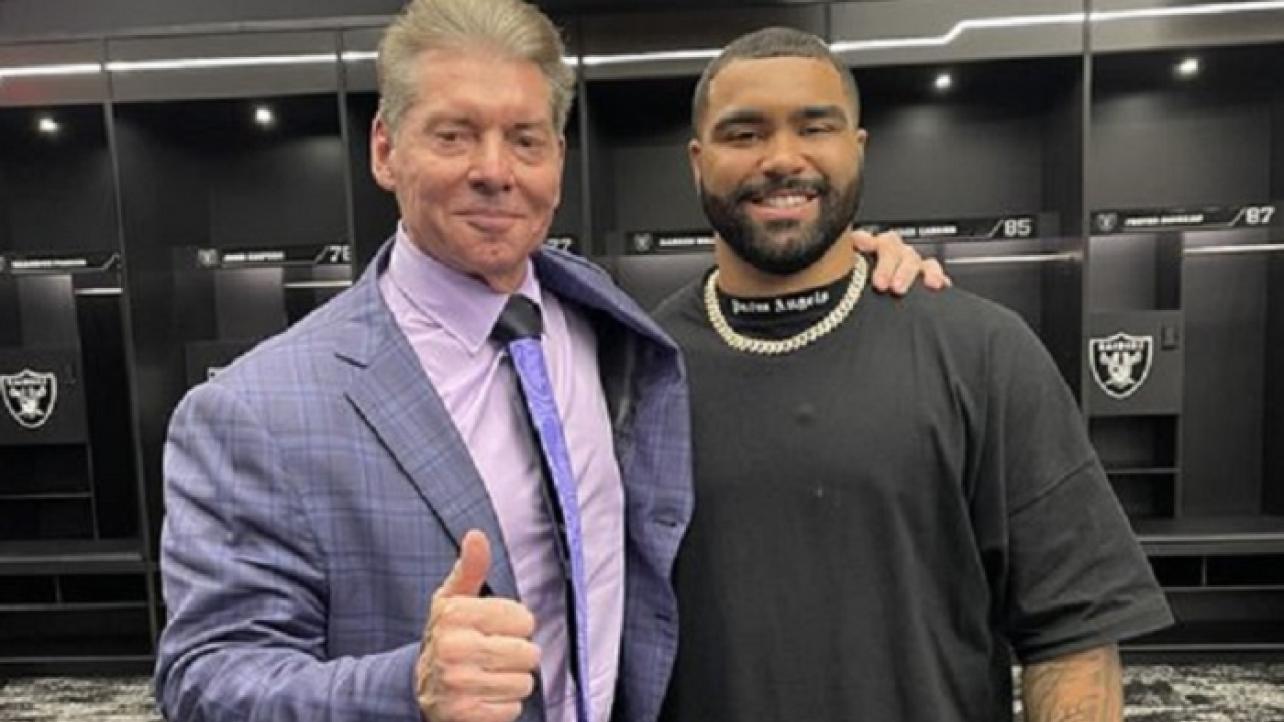 Steveson surely knows there will be people on the internet that shit on everything that’s not a part of their tribe’s hopes and dreams, so I’m sure he’s not losing any sleep over it. He at least seems aware of the expectations that some may have of him.

I like this response from Steveson, and I expected Meltzer’s. I guarantee Dave and the other AEW die-hards would have had their hands in each other’s pockets and their wrists working overtime if Steveson had joined AEW instead. And as far as commenting on rushing Steveson before he’s ready, I scoff in the general direction of that statement. Not in principle; I’m just not hearing it from someone that doesn’t apply that logic to AEW “talent,” too. At least Steveson is a legit wrestler and brings something other than fake-smiling hyperactivity and an apple for Tony Khan. He’s already got more about him than some that AEW has showcased already.

Grow up. Healthy competition works both ways. Hypothetically, say AEW becomes the new king of sports entertainment. If it ever gets to that point, AEW will need someone behind it that keeps it on its toes, iron sharpening iron. Otherwise, AEW is just going to be in the same unchallenged position that Vince/WWE has been in and become the very thing AEW set out to conquer.

WWE signing one guy with a bright future isn’t going to be all they need in the coming years of AEW nipping at their heels, but it’s a step in the right direction. I’m very interested to see what Gable Steveson in WWE will bring to the table, assuming he gets all the right training and guidance. Having Brock Lesnar in his corner is a good indicator of something there to start working with.

Speaking of Brock Lesnar, he was on Smackdown on Friday to use his advocate, Paul Heyman, and get in Roman Reigns’ face. The fans were excited to see Lesnar and expected some havoc. Brock would first isolate Heyman and give him until the count of five to arrange a title match between himself and Reigns. Heyman stuttered, and Lesner grabbed him and set up for the F5. Before Brock could launch Heyman into space Team Rocket style, Reigns and The Usos appeared and started hitting The Beast. Lesnar would shake off the assault and begin wailing on and throwing Drunky and Jay Uso around, giving Reigns the chance to slip away to safety.

It’s a good job that Lesnar has a project in Gable Steveson’s WWE signing/induction, as he’ll have to get in line if he wants the Universal Championship. Roman Reigns is also supposed to be defending his title against Finn Balor at Extreme Rules in a couple of weeks. Not only that, but Balor appears to be bringing out his demon persona for the first time since June 2019.

This means people aren’t 100% sure which way they’re supposed to be looking, without just overlooking any chance Balor has of being successful. Then there’s the variable that is Big E. The Money in the Bank winner has been lurking around corners and in disguise on SmackDown a lot, but that probably suggests he’s going to cash it in on Raw instead.

Defiling the Corpse of NXT

NXT has been dead to many since it was whored out to the vultures of television a couple of years ago. I agree that calling this new lick of rainbow paint “NXT 2.0” is simply incorrect; it’s at least the third version. What’s more, just as WWE is about to carry/drag out “the new” NXT Weekend at Bernie’s style, it seems that even more bits are falling off of the cadaver as they make it wave and dance for their TV overlords.

It wasn’t that long ago that I was saying how Samoa Joe (or at least a veteran like him) was the perfect fit for the top of the brand when looking at how AEW has upped its game by signing CM Punk. Having Joe relinquish the belt now has just about taken all the wind out of my sails of interest in Vince’s colorful paint job.

Remember when Daniel Bryan was on top and getting in the way of that pesky babyface Roman Reigns push? Remember when WWE doctors were the only ones that wouldn’t clear Bryan to wrestle? I get a whiff of something similar with Samoa Joe’s removal from the active roster. Something about bringing him back to take the belt from Karrion Kross just to drop it soon after doesn’t add up. Things were looking promising having a veteran on top of the black and gold brand, and then we get Vince & Co. Takeover: NXT 2021.

I understand that Triple H only just had a health scare and might have missed things recently. Still, NXT was never hotter than when it was left alone and putting out fantastic hour-long weekly shows on the WWE Network. We don’t need another 2 hours of WWE advertising space with the occasional bit of wrestling streaking across the screen.

They should take the show as seriously as it was in the earlier days. With the reach it currently has, they’d see fans that are disappointed with WWE’s main roster, AEW, and elsewhere turn up in droves. Once others hear how much of a grand old time the fans are genuinely having, they’ll wander over to the fence for a peek too, and, hopefully, stick around.

Funnily enough, even Impact Wrestling offered some brief relief last summer for a month or so… before they overdid it on the pre-filmed fights and bad comedy skits. I’d just started telling a few friends to maybe give it another chance before soon correcting myself and apologizing for the false alarm.

If they can do it, I’m confident just about anyone can!

That’s it for this week. Digest and discuss! Don’t forget to look out for “That’s Not Wrestling!” which lands here on GeeksandGamers.com every FRIDAY – Yes, the day has changed! Take care, and I’ll see you then and next Monday to discuss #AnotherWeekOfWrestling!

BONUS CONTENT – PUTTING IT BLUNTLY: AEW All Out 2021 Review.