Anti-Fantasy Sentiment is Back, Connects Role-Playing to Jan. 6th 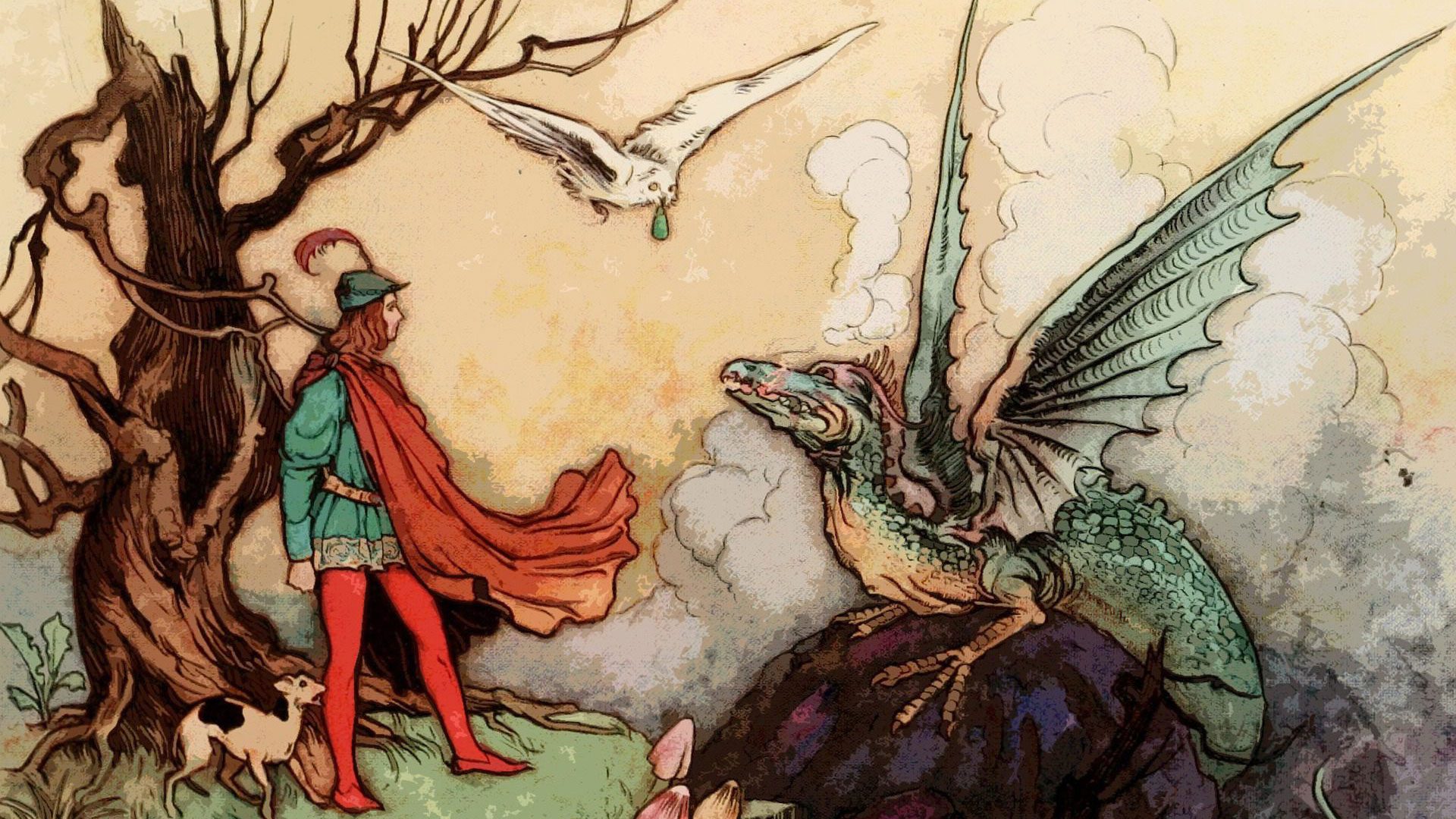 Does anyone remember the “Satanic Panic,” the nonsense campaign of the 1980s to smear Dungeons and Dragons as an evil gateway to the occult? That never made much sense, even from an evangelical Christian perspective. Though back in the 80s, D&D was still fresh and new; societies throughout history fear change and what they don’t know. It made a little more sense why there was D&D paranoia back then. After all, rock-and-roll was past the point of being demonized and ridiculed by society’s gatekeepers, becoming firmly established as popular music in the 80s. The new target for society’s ills was D&D because what other new thing could they have attacked at the time? All this is a preamble to lament the sad reality that somehow that role-playing paranoia has returned recently. Like back then, the various religious and political institutions are leading the charge in the perpetual witch hunt for a “societal collapse” scapegoat. That’s all such paranoia is, after all: the Salem Witch Trials under a different guise.

Christianity Today’s recent politically charged article on how fantasy role-playing is hurting America is one such hit piece on geekdom.

Just look at the full title of the article: “Fantasy Role-Playing is Hurting America: How the cult of imagined heroism is bringing down our nation’s institutions.” 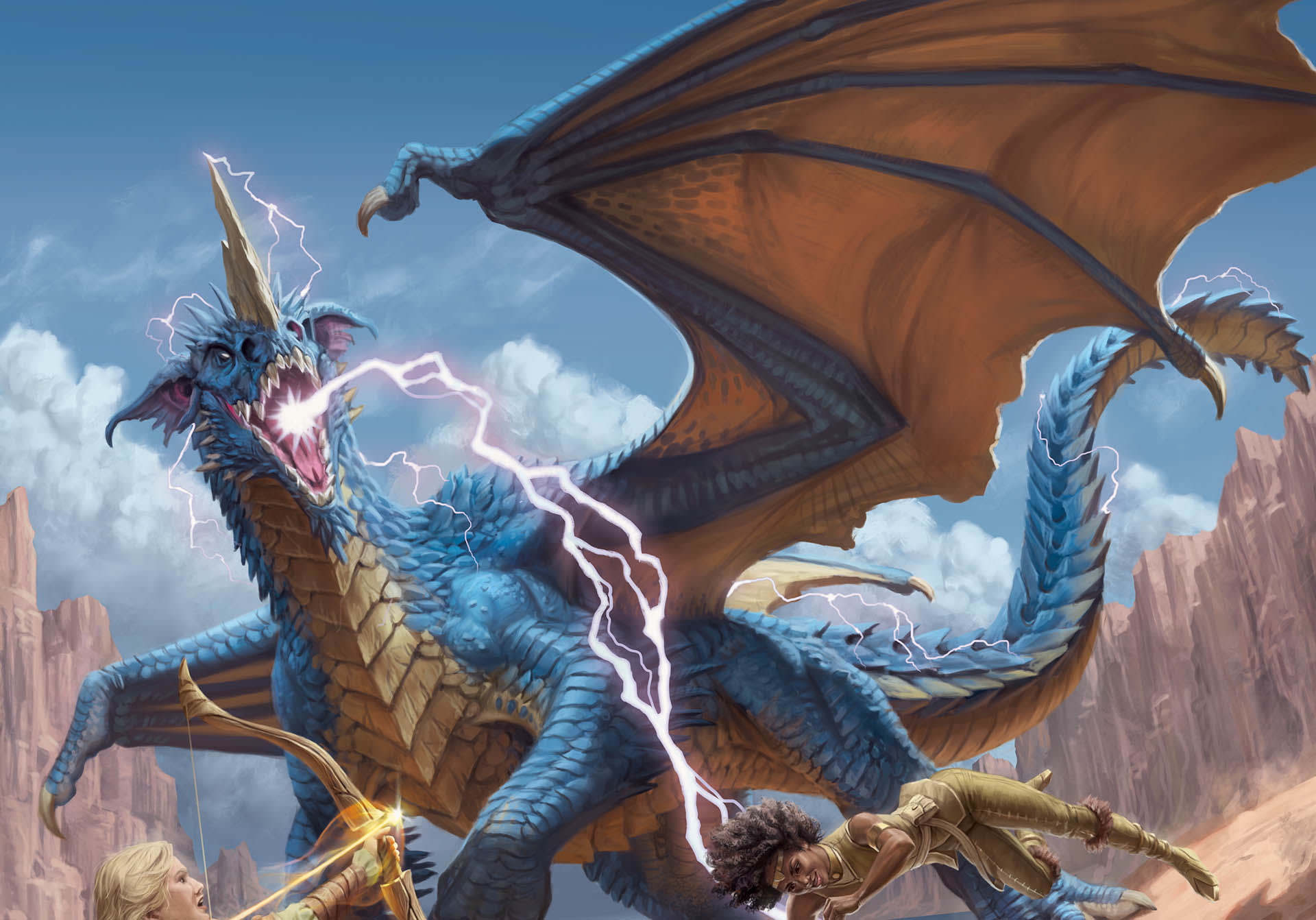 How broadly ambiguous could an indictment possibly get? I read the article and didn’t find a single study or statistical evidence of role-playing directly pushing crime rates or generating rampant paganism. Crime rates in America have actually decreased substantially since D&D became a national talking point in 1980. According to Brennan Center for Justice,

In fact, the viol­ent crime rate increased by 126 percent between 1960 and 1970, and by 64 percent between 1970 and 1980. The Bren­nan Center recently issued a report examin­ing 14 theor­ies for why crime declined in the U.S. so dramat­ic­ally since the early 1990s. Accord­ing to our empir­ical analysis, the greatest contrib­ut­ing factors in the crime drop were aging popu­la­tion, changes in income, and decreased alco­hol consump­tion.

The first edition of D&D was released in 1974, and yes, crime rose during the 70s. But correlation does not equal causation, and pinning all blame on a game is irresponsible when there were more glaring issues at the time. Not to mention, crime rates have gone down since the 1980s, when the “Satanic Panic” was at its height. Take a look at this graph measuring crime from the 1960s to the 2010s from Brennan Center: 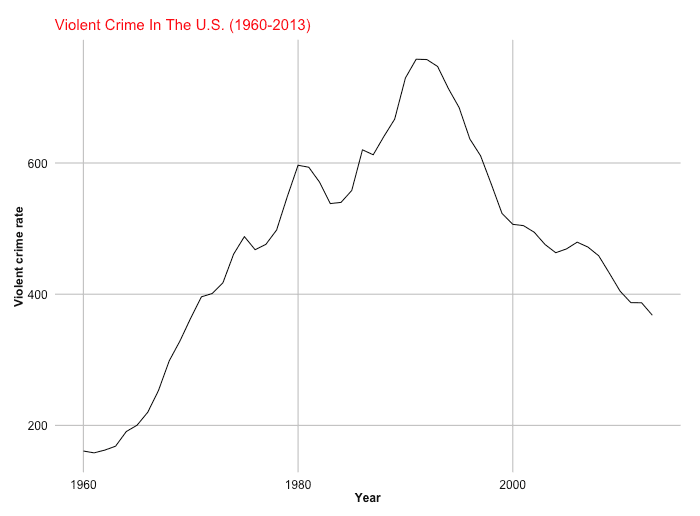 If they’re correct in saying D&D causes crime, how on Earth could crime go down at a time when D&D was a popular and generally accepted activity (the 1990s-2010s)? And besides, even decades perceived as prosperous, moral, and traditional, such as the 50s, had crime surges, despite there being no D&D to blame. As The Heritage Foundation points out,

“In fact, some of the worst years for crime increases were in the late 1950s, as hourly wages surged ahead. Between 1957 and 1958, for example, per-capita income increased about 8 percent while crime rose nearly 15 percent.”

Anyway, we could exchange statistics all day long, and it still probably wouldn’t conclude much. The Christianity Today article is an example of creating an imagined scapegoat to blame for all of society’s ills. It’s cowardly and, quite frankly, pathetic. But is the article really about D&D contributing to crime? Well, yes and no. The author, Russell Moore, is subtly deceptive in how he spins the focus near the end. It starts out blaming D&D and role-playing in general for political radicalism and violent revolutions. In particular, he brings up the January 6th protests numerous times. Then, toward the end, he brings up Jesus and how the core issue is paganism infiltrating the Church. Of course, he doesn’t take any accountability for the political message he’s putting out and instead quotes others in an attempt to be agnostic on the matter (despite writing a whole article bashing D&D),

“Senior argues that January 6 is the distillation of this role-playing fantasy: ‘The angry, howling hordes arrived as real-life avatars, cosplaying the role of rebels in face paint and fur. They stormed the Capitol while an enemy army tried to beat them away.’”

This is nothing more than politicized scapegoating to avoid the real problems leading to such events. There’s also an attempt to hide behind religion at the end. I’m writing about this because recent shootings and riots have all had similar responses pointing to video games or geek culture as the culprit. Some form of entertainment and culture always seems to get targeted during times of social change and upheaval. I suspect this happens so often because the people pointing the finger don’t want to acknowledge the real issues at the core. Either they risk too much in defying the real problem, or they’re part of the problem. Collaborative storytelling (D&D) and video games aren’t causing the world’s biggest problems. Still, targeting the arts is far easier than one’s own government. 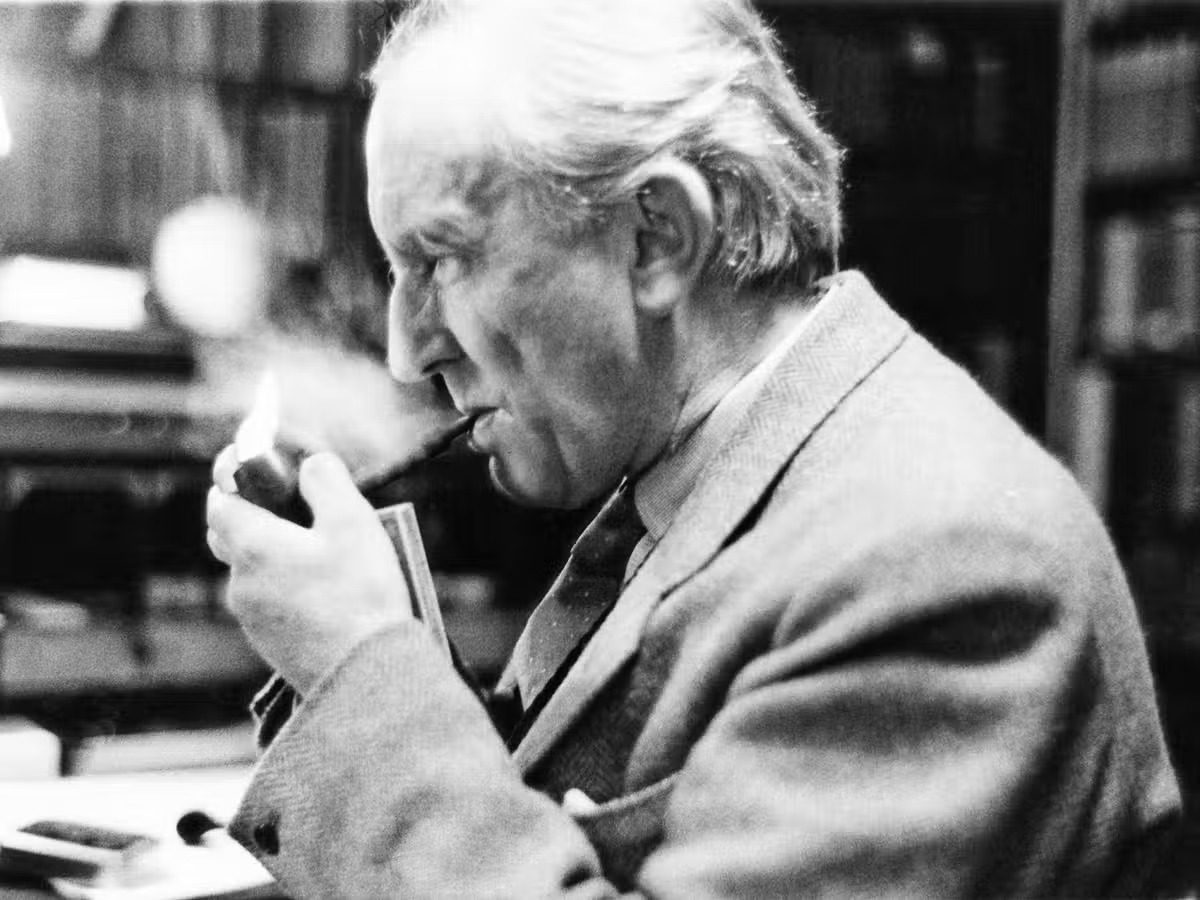 If anything, escapism and fantasy act as a countermeasure and relief from the suffering and ills of life. As Tolkien once said of escapism,

“Fantasy is escapist, and that is its glory. If a soldier is imprisoned by the enemy, don’t we consider it his duty to escape?”

The CT article claims that role-playing and fantasy are a gateway to paganism. Yet, one of the grandfathers of the entire fantasy genre was a devout Catholic (Tolkien). Tolkien’s friend and colleague, C.S. Lewis, was likewise a defender of fantasy and role-playing. The Chronicles of Narnia author says of imaginative role-playing,

“Very often the only way to get a quality in reality is to start behaving as if you had it already. That is why children’s games are so important. They are always pretending to be grown-ups—playing soldiers, playing shop. But all the time, they are hardening their muscles and sharpening their wits so that the pretence [sp]of being grown-up helps them grow up in earnest.” (p. 188), Mere Christianity

Of course, Lewis wasn’t saying role-playing and fantasy are merely children’s things; quite the contrary. In his brilliant treatise on art critique, An Experiment in Criticism, Lewis says,

Lewis was also a devout Christian. Now, I know it doesn’t do much just to say, “So and so follows this religion and enjoys fantasy; therefore, fantasy is not occult or evil!” Yes, that is a poor argument. But it is worth keeping in mind that the people who helped fantasy grow into the thing it is today were, in fact, religious and not pagan witches.

And it’s worth pointing out the religious connection since, toward the conclusion, the author of the article condemns Tolkien and Lewis for bringing paganism into “the Church.” I want to emphasize that this is the only section where the author shares any personal opinions on fantasy and role-playing. All that stuff about fantasy enabling violent protests and crime was him quoting others. Again, author Russell Moore doesn’t want to take responsibility for a politically-charged opinion, despite the whole article being spun to demonize role-playing. It’s so cowardly. And now, he’s bringing Jesus into the mix, saying we don’t need any fantasy since we already have Jesus. If the article’s point was to say religious people shouldn’t do pagan stuff, why frontload it with January 6th rhetoric and title the darn thing “Fantasy Role-Playing is Hurting America”? Why not title it “Fantasy Role-Playing is Hurting The Church” instead? Anyway, deceptive journalism slanting aside, fantasy role-playing can be/is healthy and mature in religious life, and life in general, despite what the gatekeeping author says. 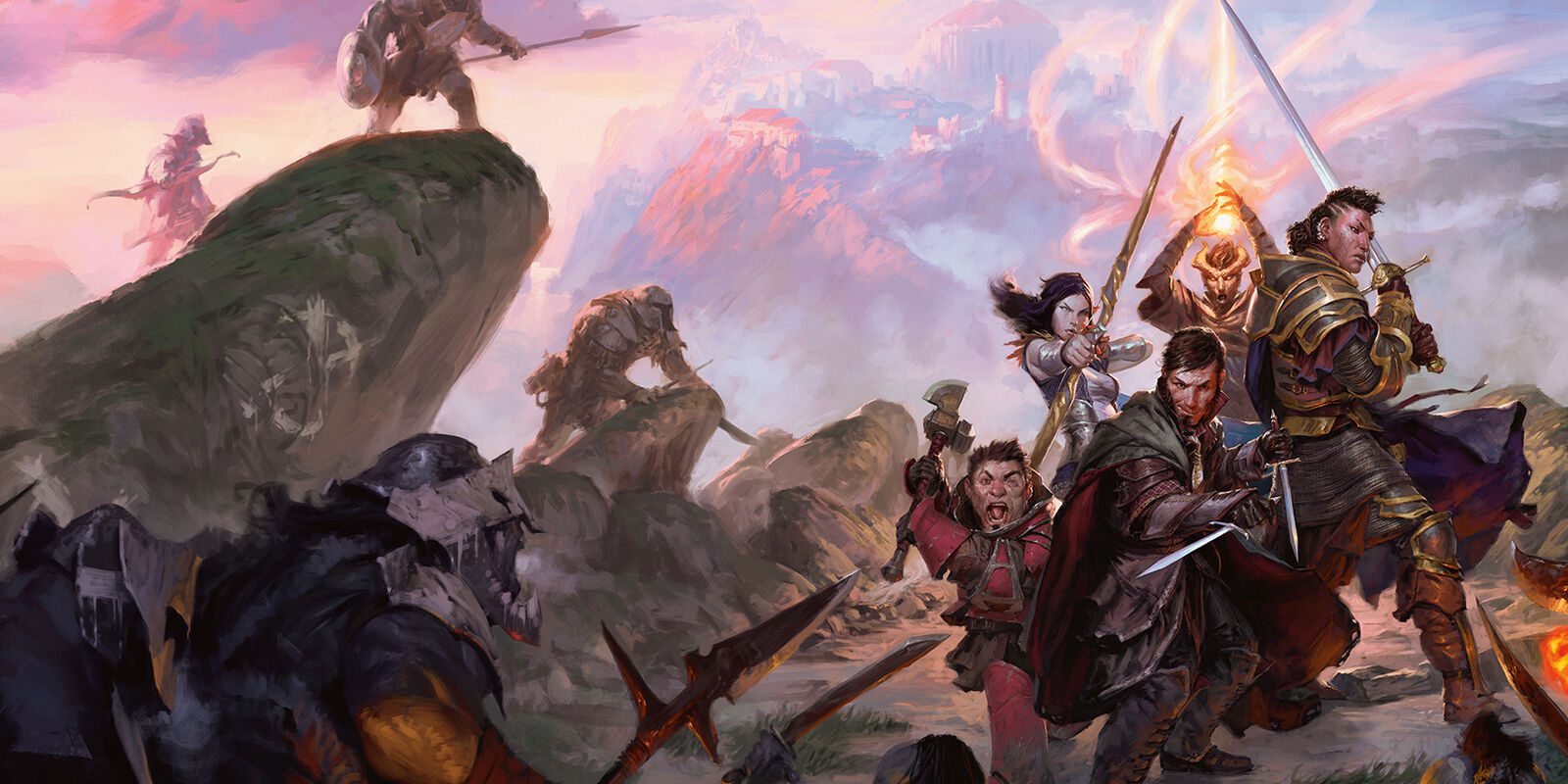 First, there’s the idea of imagination and imitation. Imagination is such a force of good in the world I don’t even know where to start. Let’s go to the very remedy the CT author posits, shall we? Jesus Christ used role-playing and fiction to teach some of the most important things He had to say.

Matthew 13:13 “Therefore I speak to them in parables, because seeing they do not see, and hearing they do not hear, nor do they understand. 14 And in them the prophecy of Isaiah is fulfilled, which says:

I’m not going to pretend to be a Biblical scholar, but this is certainly speaking about the necessity of fiction for a numb society. Note how the Isaiah prophecy says, “The hearts of this people have grown dull. Their ears are hard of hearing.” Yes, people get jaded from life, so much so they fail to discern meaning and value in the little things life has to offer. When you get caught up in the weeds, you fail to see beyond them.

The Conscious and Subconscious

We naturally “let loose” when left to our imaginations and when exposing ourselves to fiction. This is the dual nature of the conscious and the subconscious. The subconscious finds meaning and value more potently than our conscious mind. The conscious mind is more concerned with survival and work, with various in-the-moment concerns. When our consciousness is turned up to 11, our faculties are taken up dealing with the stresses of reality. As such, they don’t have room for concepts like “meaning” and “profundity.” Our subconscious takes in all the lessons and teachings fantasy gives us without reserve or filtering, unlike real life, where we put our ego consciousness on full alert in fight or flight mode. Myth, poetry, music, art, and role-playing are fields for the subconscious to play in and potentially find and feel life’s meaning. To free oneself in fantasy, imagination, and play means to discard the jaded veils reality has sown. We can see the message in fantasy because we’ve allowed the veils over our metaphorical eyes to lift for that brief moment of role-play. We feel immense sadness and/or exaltation from characters in films and books because we are distanced from them. In other words, we’re not in fight or flight when imagining Mordor, though our characters might be.

To See is to Step Away

We are often too “up close and personal” with day-to-day reality to truly grasp and get meaning and/or spiritual truth from it. As Jesus said, “They hear, yet don’t understand.” Life happens to us, but we can’t process it properly in the moment. Parable and fantasy allow us to process reality. Just like standing too close to a painting completely obscures vision and blinds one to the picture, zooming out from reality helps us see the canvas with a better perspective. This effect is only heightened when participating in fantasy and parable since that allows an even greater distance and landscape to view. Stepping back to see the bigger picture requires moving away from the source (acting out your daily life: getting work done, chores, gossiping) to perceive it. To see is to step away. If the only way to receive meaning, purpose, and fulfillment is through imagination and fiction (parables), then let’s all use it to strengthen our spirits and personhood. Ah, but I guess that would be enabling the January 6th villains… well, darn.

I talked earlier about the “fake it till you make it” mindset; this kind of imitation can be used for good or ill, like most things in life. The Holy Bible has been used to justify atrocities and movements such as the Crusades. Anything can be used for good or evil, but we should place responsibility on the person, not the thing. These people saying D&D is evil would outlaw the ability to autonomously think if they got the chance. After all, free thought can lead to anything imaginable, good or ill. These gatekeeping finger-pointers are essentially jailors; they want total control over things they don’t understand and otherwise have no control over. Perhaps Lewis and Tolkien were on to something in saying that the people most opposed to escapism are the very jailors keeping the inmates from escaping.