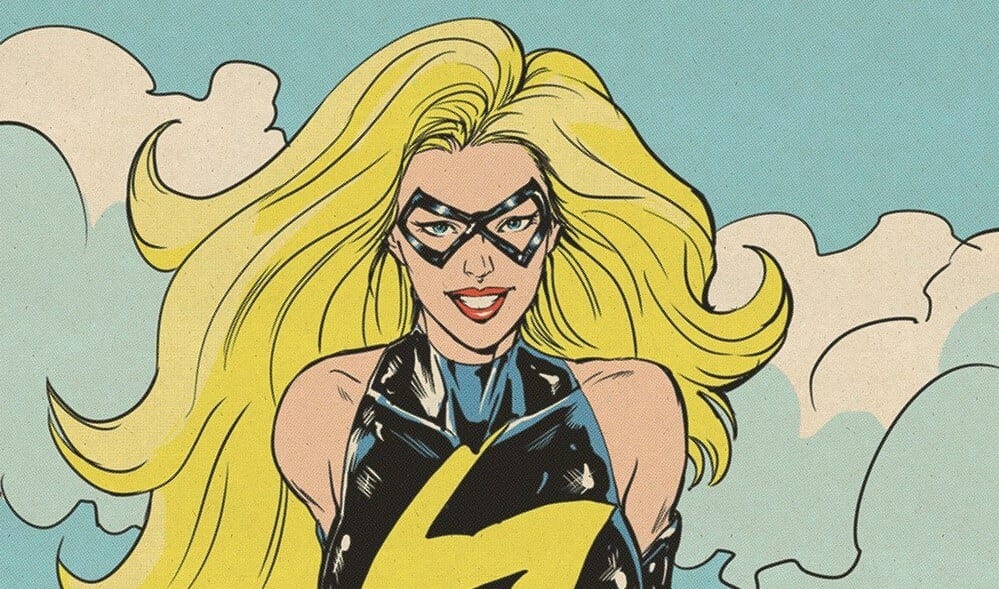 Comic book characters, specifically those in the superhero genre, have been idealized versions of the male or female form from jump street. Core fans of the medium have long been cognizant and understanding of this fact. It stands to reason that, if the feats these characters are performing (whether we’re talking about Superman, Spider-Man, Wonder Woman, etc.) are, in fact, “super,” then the characters themselves ought to visually represent that; for a great many years – decades actually – they’ve done just that. The massive influx of what longtime readers dub “normies” due to the breakout of these characters into the mainstream (thanks to their successful transition into television and film) has brought with it its own set of problems. People who had never picked up a comic book before seeing a given movie or TV series now believe two things: their 5 minutes spent glossing over a character’s Wikipedia page makes them an expert on all things related to them, and that their idea of what these characters should and should not look and sound like must be adhered to as holy writ.

Those artists who still deign to operate under the mindset of making superhero characters super are, in many cases, vilified on social media by the same 12 screaming nutcases who don’t even purchase these books. Some artists have also had their work officially censored in publication, be it at the time of production or in later reprints (such as Michael Turner’s iconic work on the Superman/Batman: Return of Supergirl series). This extends far beyond those artists in the employ of the Big Two, or even some of the larger indie publishers, to self-published artists such as Pablo Romero. The Argentina-based commission artist is just the latest in a growing list of artists who have been getting harassed on social media, specifically Twitter. The attacks on Romero were a result of his fan art redesign of Carol Danvers/Captain Marvel. The redesign combines Danvers’ former Ms. Marvel suit with that of her Captain Marvel persona and then removes a lot of the clothing elements – like, a LOT of the clothing. What is left of the costume heavily accentuates the character’s chest, hips, and (one can assume if it was a different angle) her backside. What ensued was a mini Twitter storm of self-righteous keyboard warriors accusing Romero of being misogynistic for the “over-sexualization” of women in his drawings.

The Twitter comments ranged from the benign to the overtly accusatory, making a mockery of the artist’s knowledge of female anatomy, with the Social Justice Outrage Catchphrases of the Day including, “Where are her organs?” and, “Some people should NOT be allowed to draw women.” If this sort of language sounds outlandish to you, rest assured, you’re not alone. Many other users came to Romero’s defense, even using one of the many of these people’s favorite phrases where comic characters are concerned, against them: “It’s just a fictional character, so who cares what it looks like?” Many even pointed out that, if they want to argue about “unrealistic proportions” for comic book characters, then the males, who statistically make up the majority of superhero comic sales, have it worse. Any fan of DC comics for the last few decades knows full well how Dick Grayson/Nightwing has historically been portrayed. Many longtime fans would argue that he has been one of the most “sexualized” characters in comic book history. Why the quotation marks? There’s one big difference between core fans and these “normies” who don’t actually buy the product: we don’t care about it. There’s a concomitance to the notion of a character who can lift an aircraft carrier and them probably not looking like your average Joe or Jane; hence, Superman and Wonder Woman looking as they do. If we want to have an argument about the believability of superheroes, then having huge muscles or a larger-than-average chest might not be the right place to start. Maybe start with being able to fly, move beyond the speed of light, or possess the energy of a freaking star? Naturally, there was an ample pouring of liters of soy by Web White Knights, who immediately sneered at those who dared to defend the artist’s work and claimed that they had no ground to stand on – which only served to further exemplify their ignorance on the matter.

Pablo Romero’s defenders included the lovely Martina Markota. The former New York artistic performer showed off a piece of art that Romero had created of her stage persona, Lady Alchemy. She also noted that, if she’s going to read a comic book, then she prefers the characters to look fantastical. Moreover, comic book and political YouTuber Eric July also created a video on the matter.

An illustration by @PabloRomeroArt of @LadyAlchemy33 & one of my comments were “where are your organs?” Lol pic.twitter.com/WOc1uASBbS

Now, my own opinions on whether or not I find the admittedly outlandish proportions of the artist’s rendition of Captain Marvel attractive or not are irrelevant (personally, I prefer my Ms. Marvel done by Ed Benes or Michael Turner), but the critical bit is that Romero should absolutely not be the subject of harassment just because someone has an issue with his artistic style, regardless of how outlandish one might think it is. It also doesn’t make him a sexist, just to be clear. In a show of good humor, Romero decided that the best response to the slew of attacks was not to fire back with vitriol, but rather to post more of his work – complete with more pin-up-esque female characters. This is a great response and shows the quality of Romero’s character, and is reminiscent of another artist who is routinely vilified on Twitter by non-comic-fans, Jeff Scott Campbell. The famous artist, known for his original creation Danger Girl, and for countless variant covers for DC, Marvel, Zenescope, and other publishers, is regularly the target of soy-based harassment for his art style – one which is most heavily inspired by the classical, animated Disney Princesses. Campbell’s “critics” regurgitate the same nonsense that they vomited at Romero, and he has become adept at either turning the venom around at his attackers or ignoring it altogether. If he hasn’t done so already, Romero should consider going through Campbell’s Twitter feed and taking notes on how to deal with the slings and arrows from those who seem to use the phrase, “It’s only a fictional character, so who cares what they look like?” when it’s convenient to their argument.