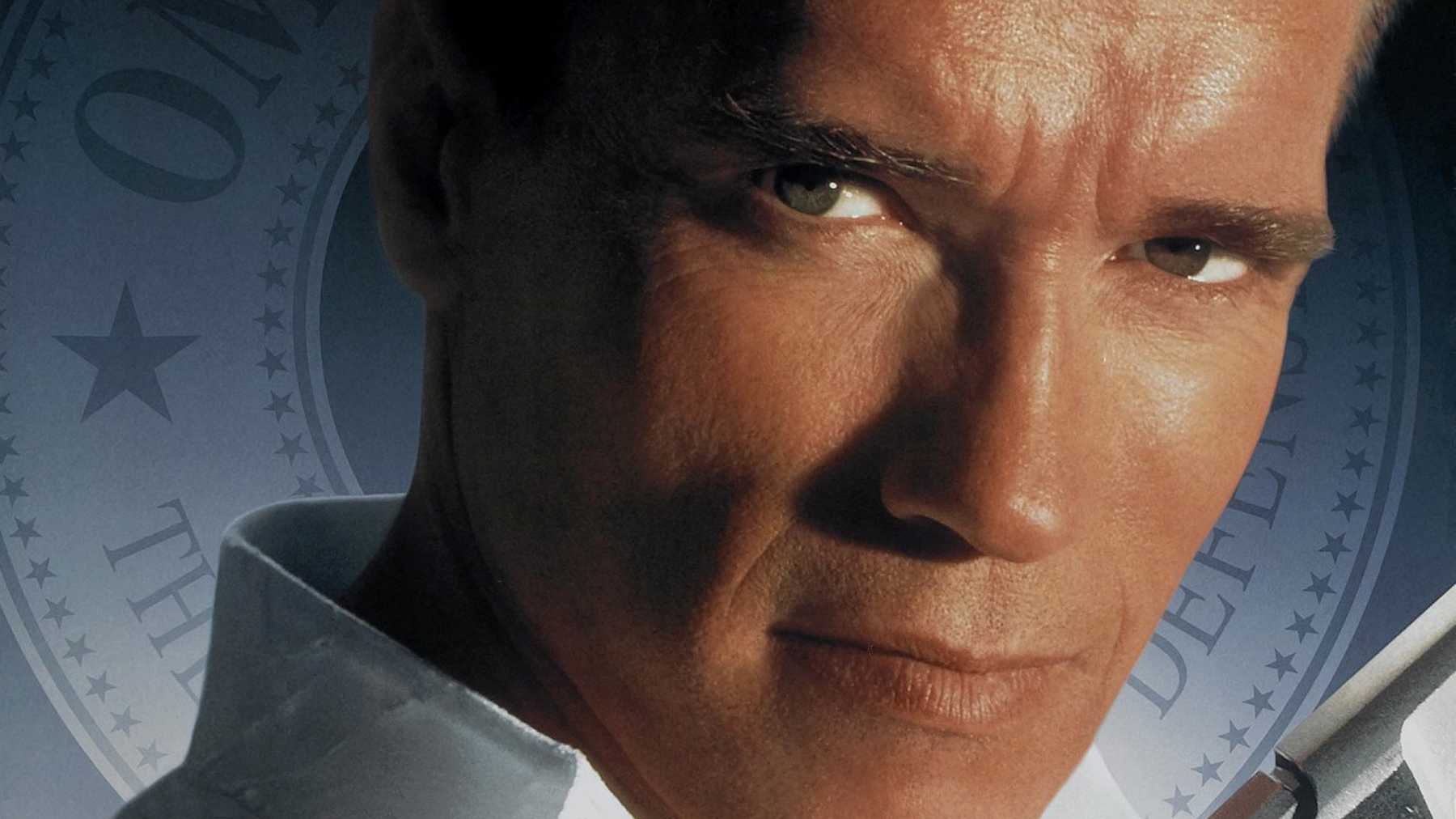 He’s back (apologies). Deadline exclusively reports that Arnold Schwarzenegger will star in a TV series. The show comes from Nick Santora, the creator of CBS’ Scorpion and a writer on The Sopranos and Law & Order, among other credits. It will be a spy adventure story about Arnold and his daughter, who is currently being cast. No title has been announced for the series, which is expected to be shopped to different streaming services soon. Skydance Media, the company behind the Kelvin Star Trek series and the last couple of Mission: Impossible films, as well as the developing Jack Reacher series for Amazon, will be producing, along with Arnold.

I can’t be the first person whose mind immediately jumped to True Lies, Arnold Schwarzenegger’s big spy movie. There are some parallels beyond Arnold’s involvement and the connection between Skydance Media and True Lies production company Lightstorm Entertainment. That film was also about keeping spying in the family, though it was more about Arnold and his wife, played pitch-perfectly by Jamie Lee Curtis (before she thought the government was kidnapping her mailbox). The two had a daughter, and by the end of the movie, she knew that her dad and, at that point, her mom, were secret agents who fought terrorists. Imagine if this show was that True Lies sequel that was abandoned because of political correctness – perhaps James Cameron signed off on it because he’s busy making a dozen Avatar sequels nobody wants. Eliza Dushku, who played the daughter, is old enough to be spying now; they could team her up with her dad, writing out Jamie Lee Curtis somehow. The search for an actress could be a smokescreen while they hash out a deal with Dushku. Now, I’m pretty sure this isn’t the case, and the series will be an original story with new characters, but that would have been fun; I remember one of the ideas for the True Lies sequel involved a terrorist attack on the Chunnel, and with current TV production values, they could make a satisfying small-screen version of that. But still, I’m on board for this; I just hope they don’t do something stupid and make Arnold a second banana who’s constantly upstaged and has to be rescued by his daughter. Not that I want her to be useless or incapable or anything, but you can’t do that to Arnold Schwarzenegger, and I’m not overly trusting in the modern era.

Does an Arnold Schwarzenegger spy show sound like a good time? Do you love True Lies? Will you hate-quit this if Arnold doesn’t say “I’ll be back” every week? Let us know in the comments and stay tuned to Geeks + Gamers for more TV news!

No issue with older gents doing great work; that’s a given that well into their 60’s and 70’s some healthy dudes can kick a$$. BUT wanting to watch a spy series based on Arnie is another story. I think he’s had a killer run; better than almost any other 80’s action star (aside from Sly maybe) and going gracefully into the sunset by writing/directing and doing the occasional cameo sounds like a better plan than trying to re-ignite the action. Can’t blame a dude for trying though.