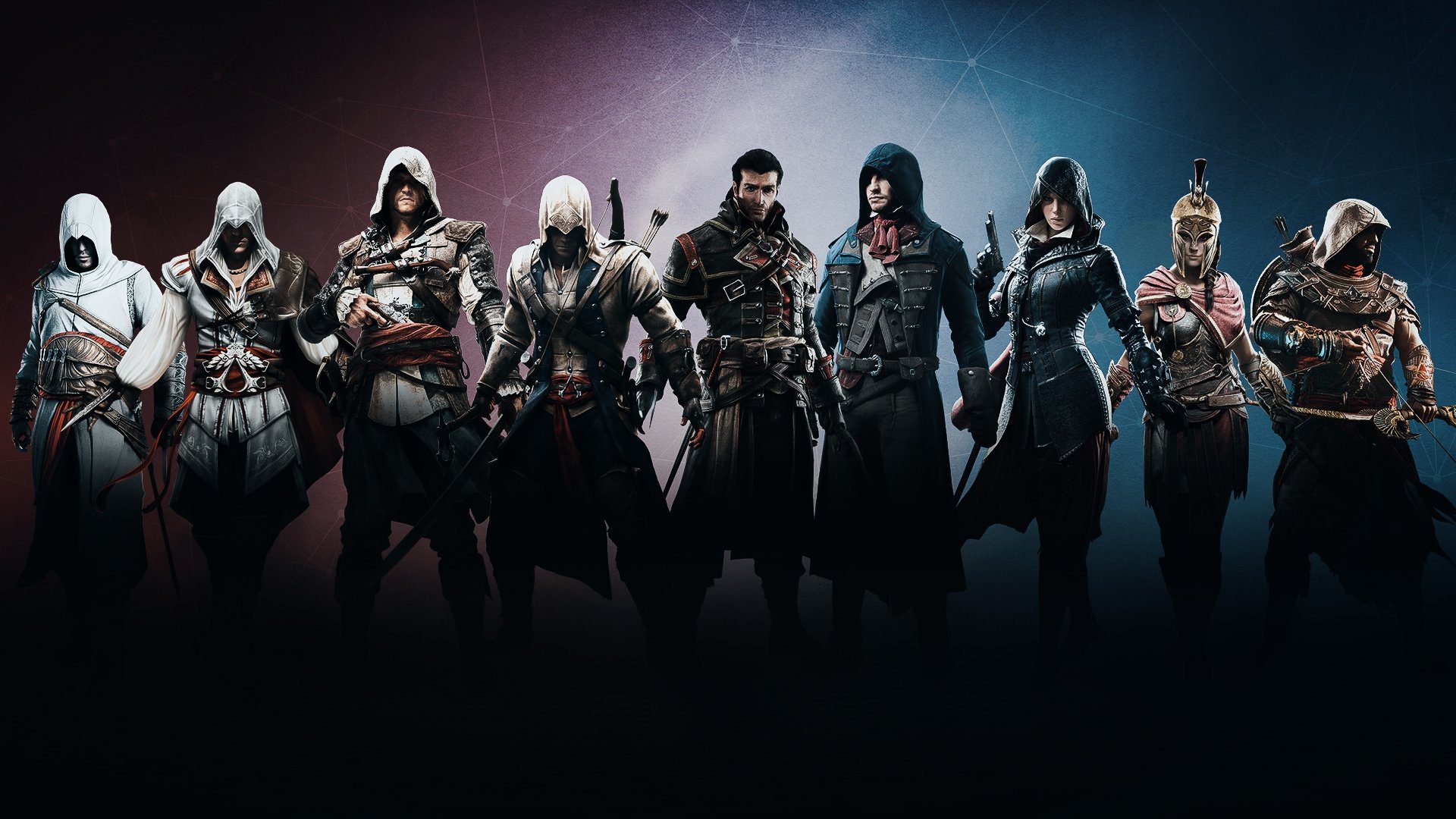 Assassin’s Creed has been a juggernaut in the gaming sphere ever since the first one’s release on November 13th, 2007. This Sunday is the anniversary of that release, so let’s celebrate with a ranking of the many games that have defined this franchise and entertained countless gamers across those fifteen years. The franchise has evolved much over the years, with recent additions steering away from a stealth focus more towards an RPG style. While many may not consider the newer installments worthy Assassin’s Creed games — which is a legitimate perspective — this article will still feature them. This ranking is highly subjective but should reflect much of the general consensus around these games. 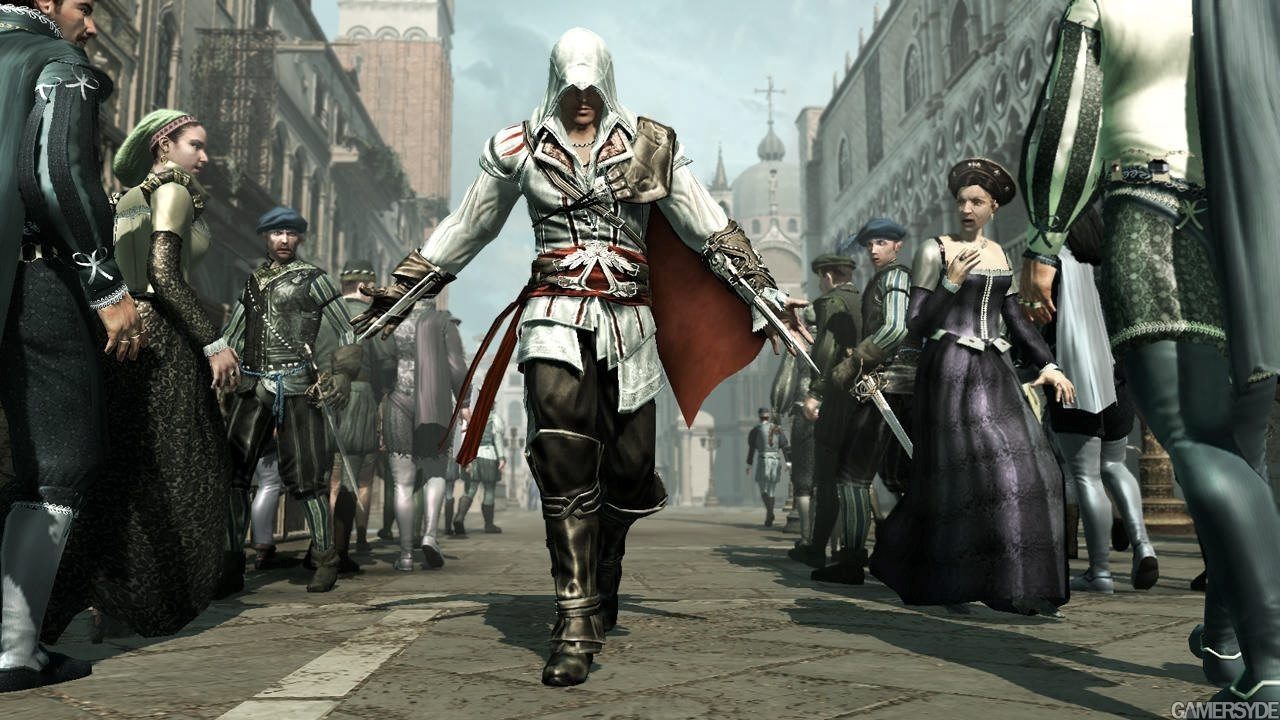 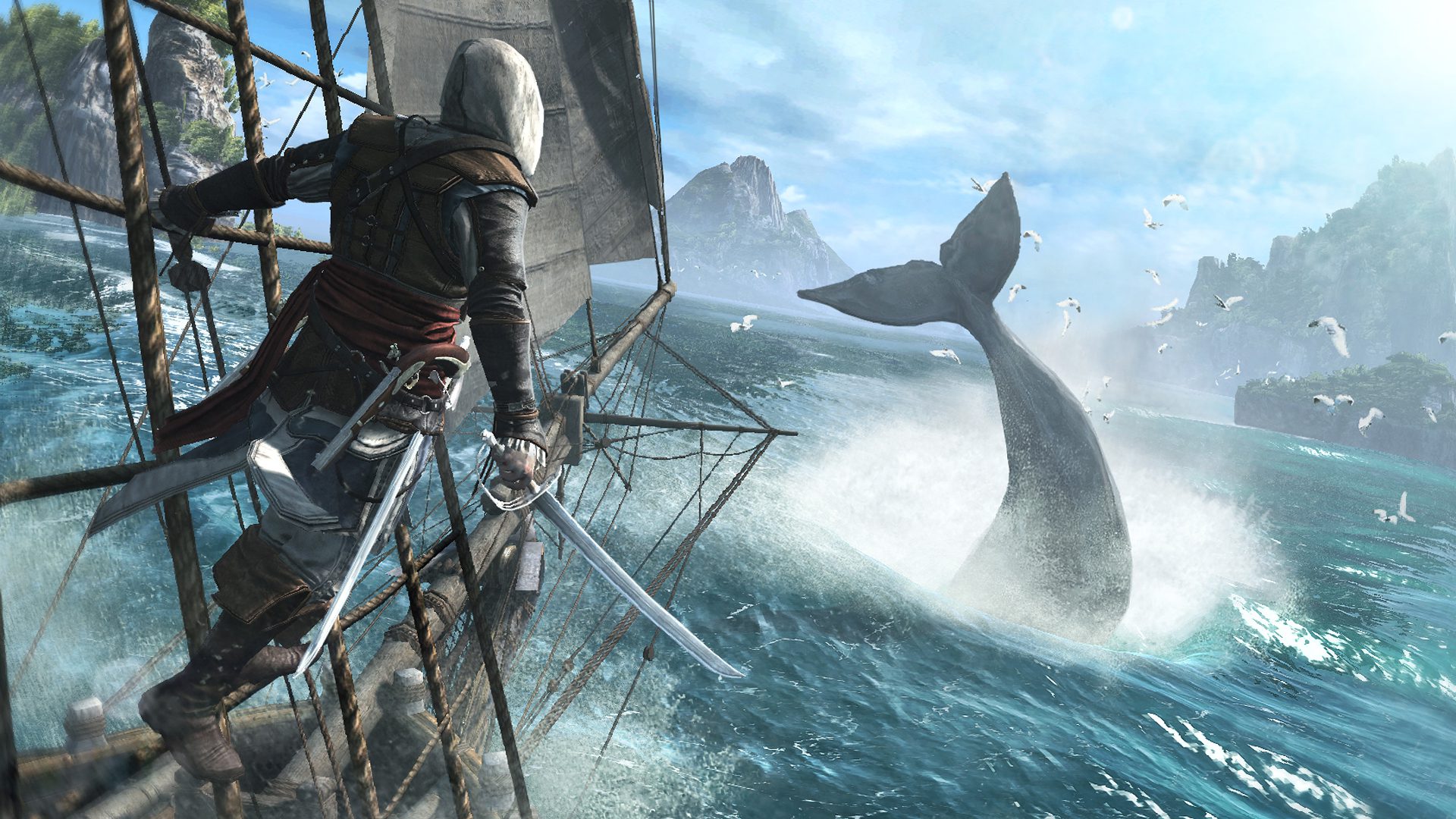 Assassin’s Creed: Black Flag swooped in out of the blue after the lackluster third game, offering intense immersion into the world of dastardly pirates. Black Flag fascinatingly explored the flaws in the assassin’s fundamental creed, offering a different approach. In terms of mechanics and gameplay, Black Flag revolutionized both ship combat and underwater exploration, offering a fascinating new avenue of exploration to gamers. Its protagonist, Edward Kenway, underwent a compelling transformation from a selfish pirate to a self-sacrificing legend. Even in his most self-centered moments, his charisma and charm were irresistible, making him an incredibly entertaining protagonist. The Caribbean at its most dark, violent, and manipulative was the perfect backdrop to this complex antihero. 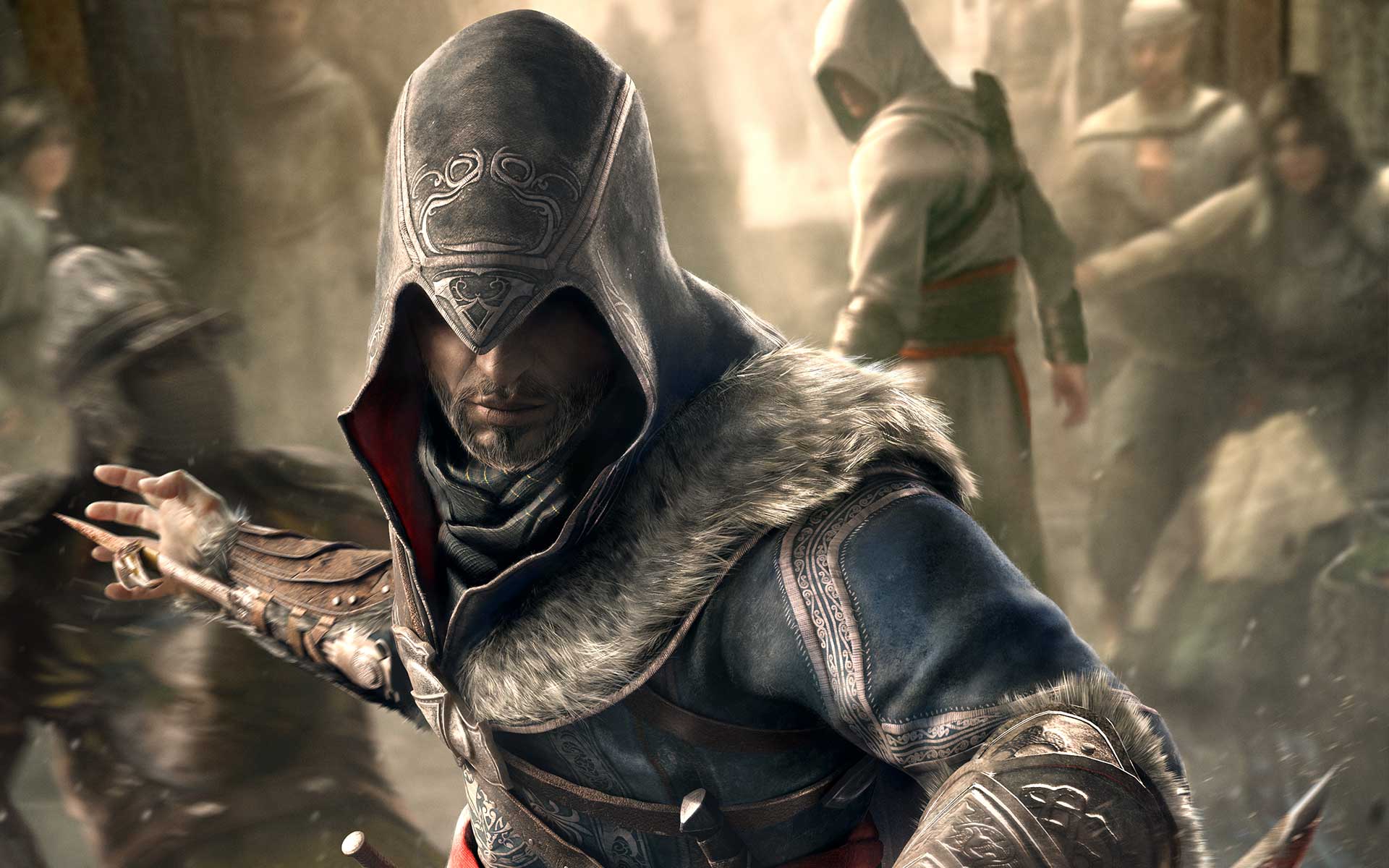 Assassin’s Creed: Revelations came as the end of the celebrated Ezio trilogy, ending Ezio’s arc in a surprising and heartfelt manner that gamers will likely never forget. This end of a journey features an aging Ezio struggling to compete with the next generation coming to replace him as he seeks to uncover the final mysteries of his ancient predecessor, Altair. Revelations offers a satisfying conclusion not only to Ezio’s story but also to Altair’s. The first Assassin’s Creed, while mechanically revolutionary, offered very little development for its protagonist. Revelations fixes this by finally giving the audience a glimpse into his character and the long history that led to his tragic death. The final moments of the game, which feature both protagonists passing the torch to the next generation and allowing their missions to conclude, is one of the most emotionally compelling finales in gaming history. Few gamers escaped this ending without feeling great swells of emotion seeing Ezio unbuckling his hidden blades for a final time. 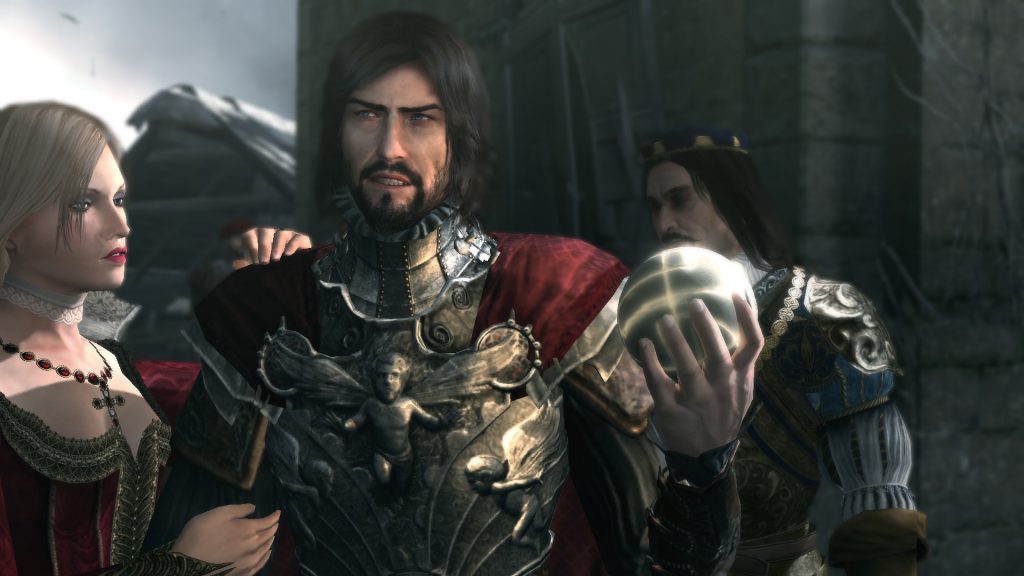 Assassin’s Creed: Brotherhood came as the continuation of Ezio’s incredible story but falls slightly beneath its compatriots in the trilogy by offering little advancement for Ezio’s character. The best addition to the franchise that Brotherhood offered came in one of the strongest villains of the series. Cesare Borgia offered a much more personal and developed antagonist to Ezio than nearly any of the others. His manic yet extremely intelligent personality provided an engaging and frightening mirror to Ezio. Brotherhood also featured a tense and suspense-filled opening with the Siege of Monteriggioni, which saw Ezio’s fortified town under attack from the Borgia’s army. Carefully maneuvering Ezio from his destroyed bedroom, through the streets under a hailstorm of cannon fire, to the walls of the city where he mounts his final defense is an extremely high-octane moment that few games can rival. Assassin’s Creed: Odyssey is a point of much contention amongst the fanbase. Odyssey is the game that most diverges from the franchise’s formula; many fans do not even consider it an Assassin’s Creed game because of the strong disassociation. While this is an extremely legitimate perspective on this game, Odyssey still offers a rich open world in a historical era that few games explore. This retelling of ancient Greece is in-depth and vibrant, full of fascinating characters and beautiful landscapes. Even the journey and character of Kassandra slot into this majestic world in a thought-provoking manner. Her interactions with historical figures like Socrates and Herodotus pose some interesting questions. Odyssey’s combat may not have been stealth-oriented, but it was still incredibly engaging and required a degree of skill and timing, which made it compelling. Odyssey barely deserves the title of Assassin’s Creed, yet it more than makes up for this fault with its incredible world-building and character development. 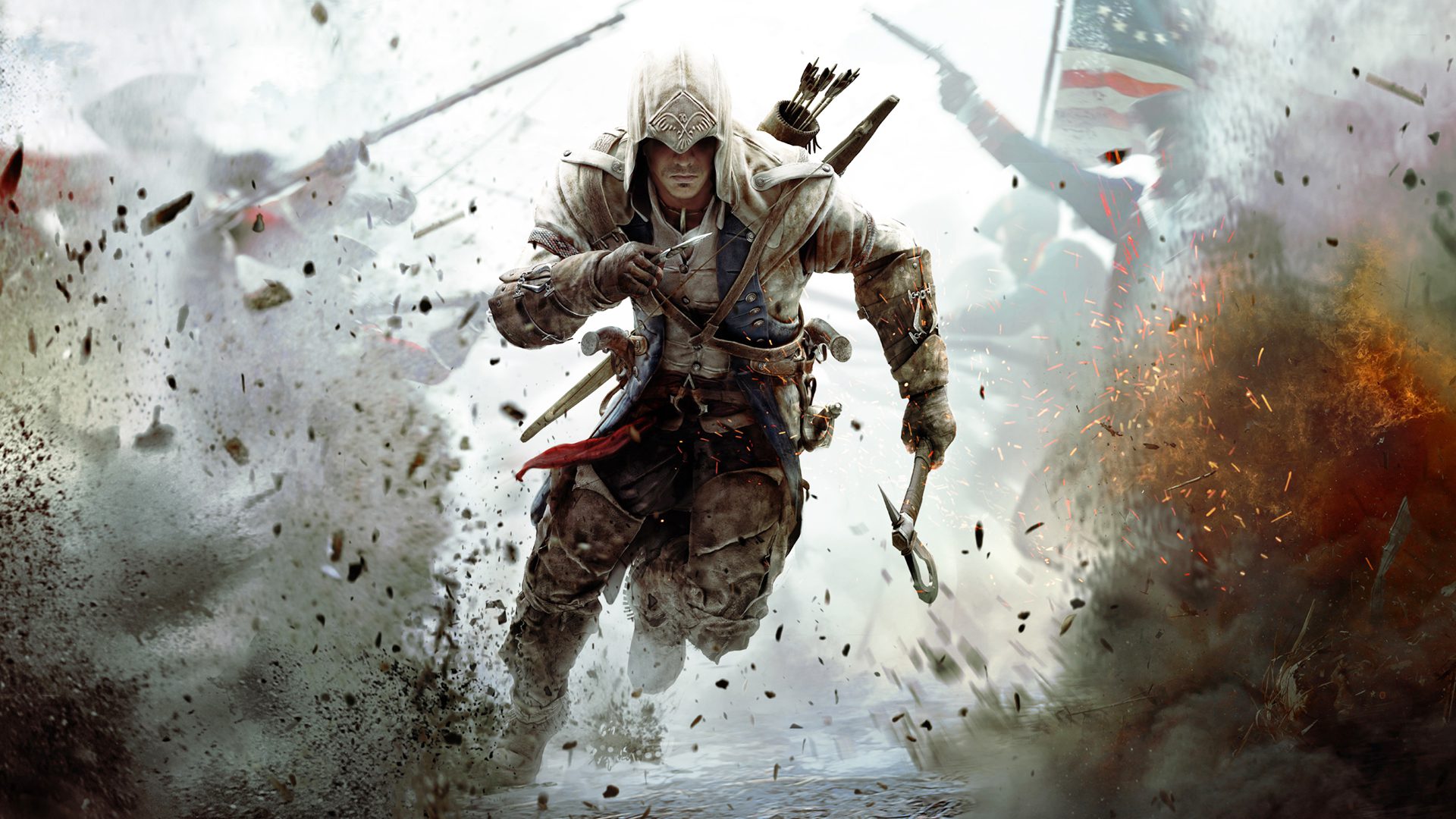 Assassin’s Creed III underwent a degree of scrutiny upon its initial release, with many fans unsettled by the mechanical changes made. Despite this, the dynamic between Connor and Haytham made for a rich narrative with the backdrop of the Revolutionary War. The first Assassin’s Creed revolutionized a lot about the gaming world, specifically in its stealth mechanics. However, its story was incredibly bare-bones and unimaginative. Even the development of the creed and the brotherhood offered very little for the audience to sink their teeth into. Unfortunately, these mechanics which defined the game also did not age well. Revisiting Assassin’s Creed in the modern day is a grueling, if not painful, experience, leaving this game to be outshined by its successors. 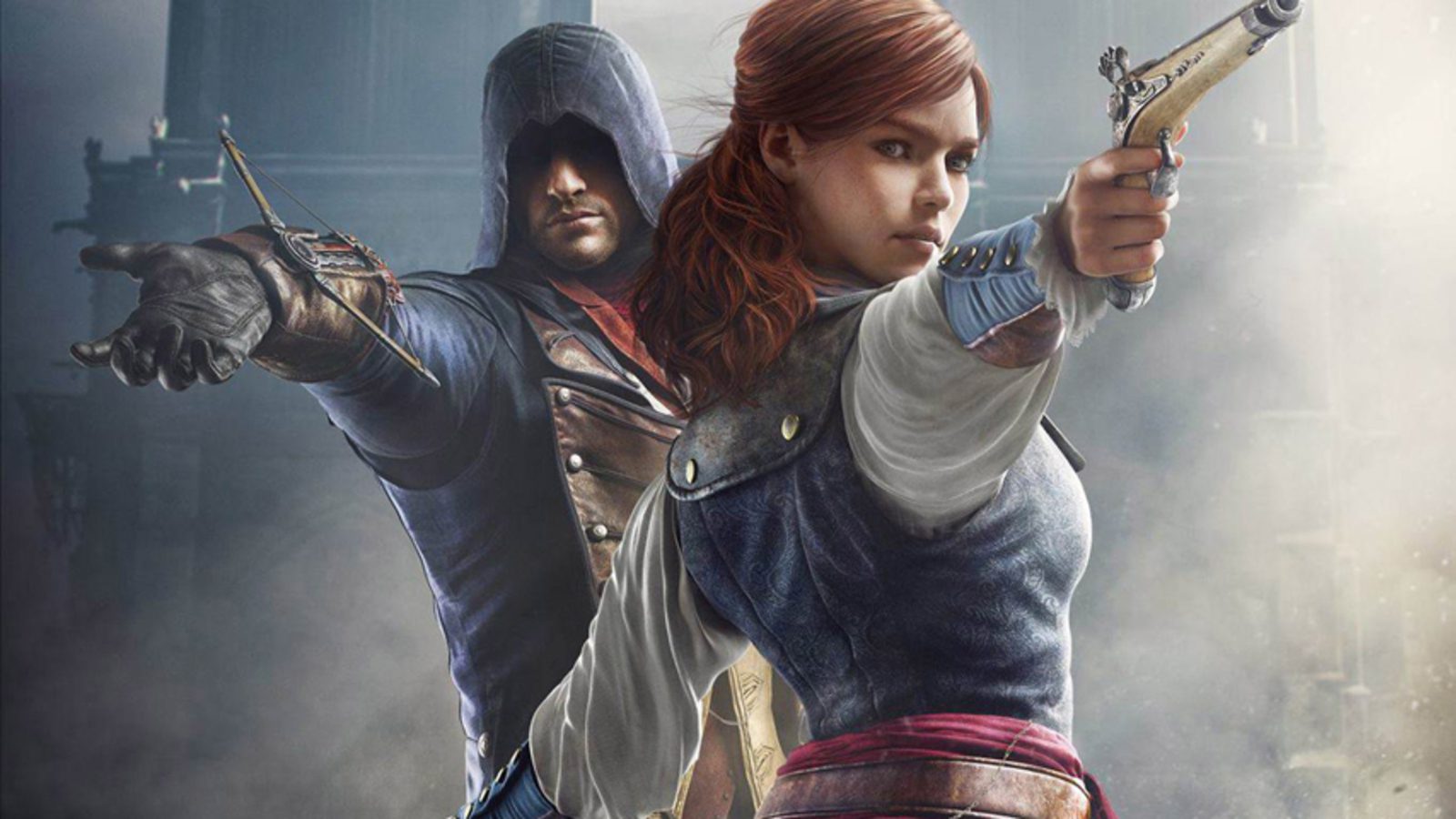 Assassin’s Creed: Unity was a mess upon release, with countless glitches and design flaws exasperating gamers and nearly permanently putting them off of the game. Ubisoft’s resources were spread too thin at the time, attempting to develop both Unity and Rogue simultaneously, leading to many of these issues. However, much like Cyberpunk 2077, the gamers who played Unity after the many fixes it required were surprised to find a fun, if not basic, narrative. A French Romeo and Juliet story may seem a tad cliche and unimaginative, but Unity managed to deliver it in a fun and unexpected way. Unity also saw an overhaul of the parkour and combat systems, offering a reimagining of the aging mechanics. 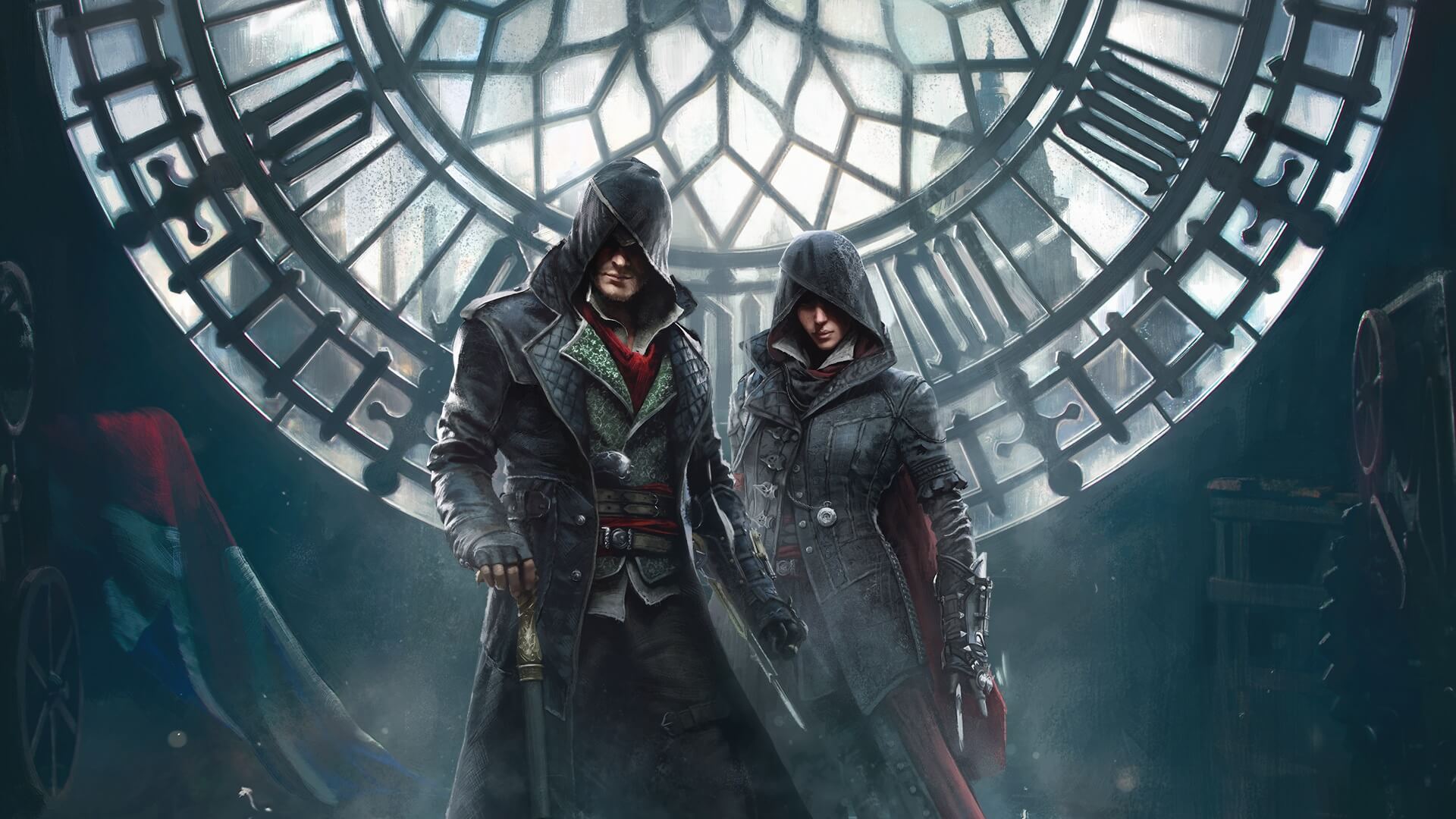 There is very little to say about Assassin’s Creed: Syndicate. This game was not offensive, nor did it contain many flaws. Nevertheless, there was nothing really special about it. It merely exists in the ether, leaving gamers to go, “Oh, yeah. I played that one. I guess it was fun. I can’t remember anything about it, though.” The jarring swapping between the twin protagonists made it difficult to latch onto either one and root for them, creating a narrative disconnect between the audience and the game. The zip line mechanic in Syndicate is also highly contested. Some gamers believed it made traversing the landscape far too easy and uninteresting, while others preferred it for those same reasons. If ever a game exemplified lukewarm water, Syndicate would be it. It exists is all that can really be said about it. 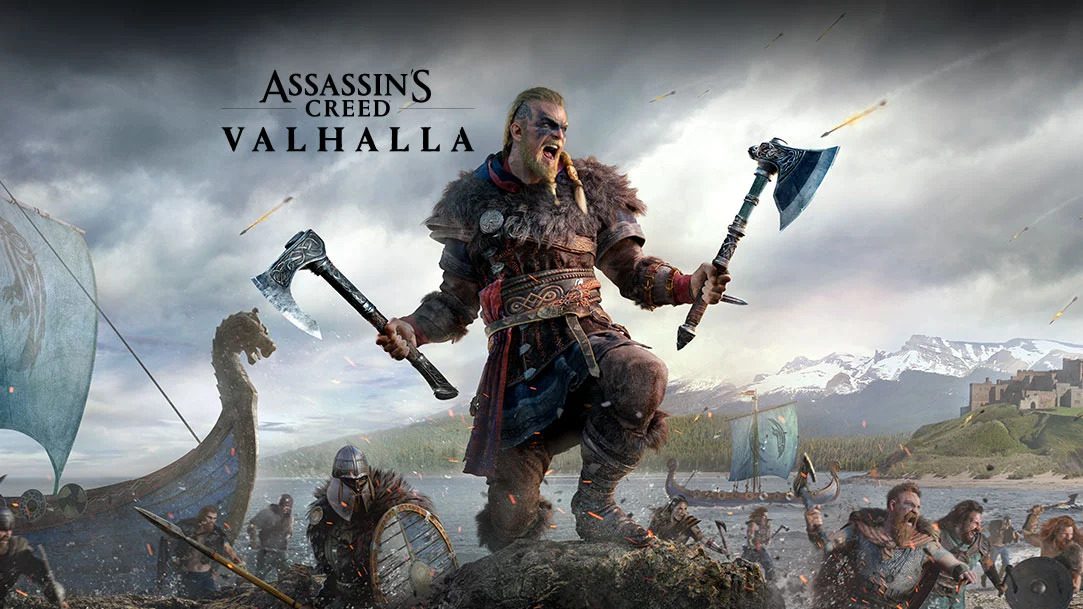 Assassin’s Creed: Valhalla is another contended game that saw a strong separation from the franchise’s formula that moved more towards an RPG. There is very little Assassin’s Creed in this Assassin’s Creed game. Valhalla is the highest-grossing entry in the series, meaning a lot of gamers did enjoy it. The combat of Valhalla continued from the evolution that Origins and Odyssey began, driving up the power and epic feel of every blow delivered. Valhalla’s greatest flaws came from its world-building. The convoluted way this game attempted to justify the choice between a male and a female protagonist and its warped justification and depiction of the Norse gods bogged down an otherwise compelling story. A game about Vikings invading England should be one of the most exciting things ever to hit screens. However, a bonkers narrative and bland characters left this game a tad disappointing. 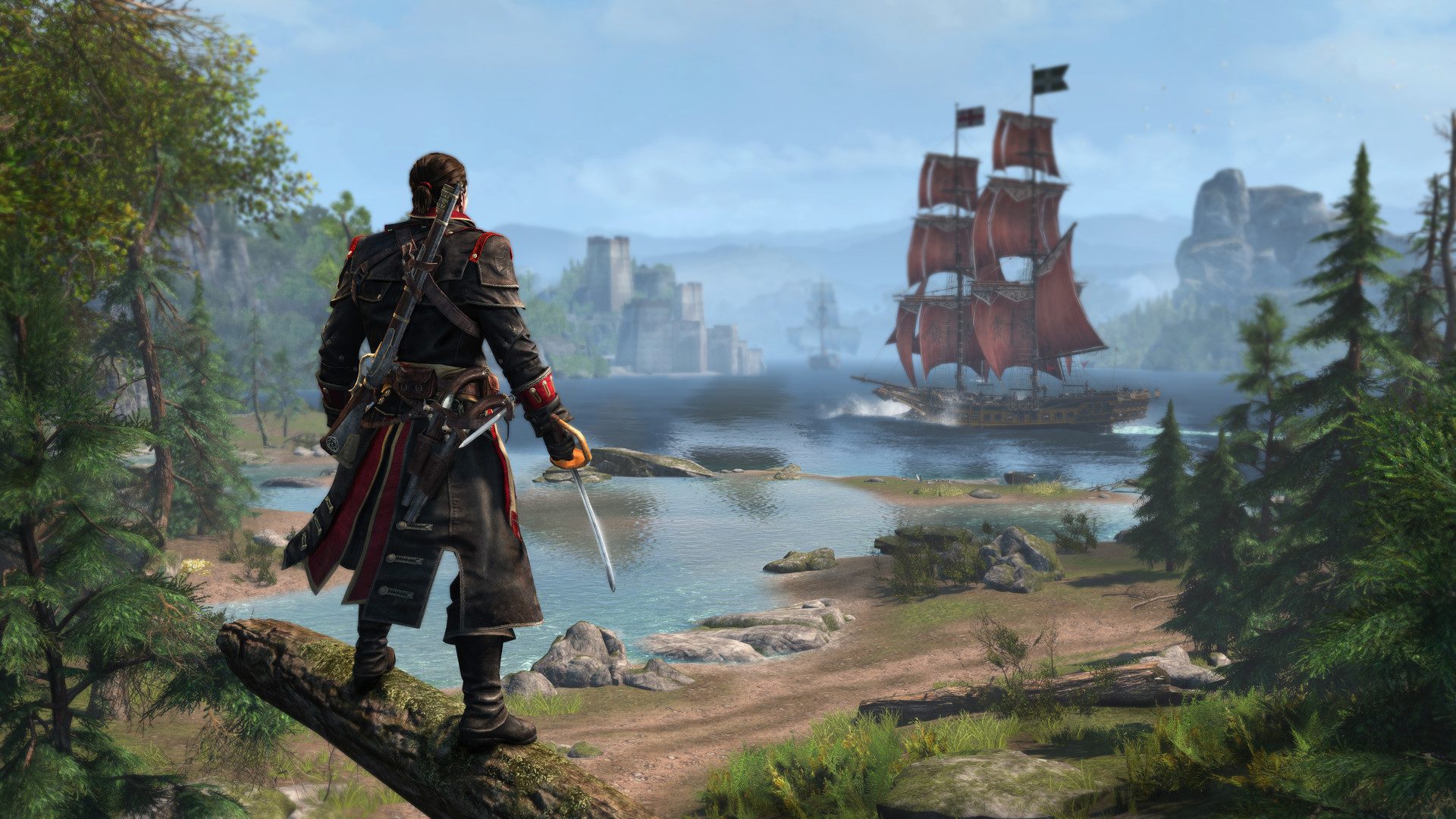 Assassin’s Creed: Rogue should have been the most exciting and thought-provoking addition to the franchise, as it sought to explore the Templars in depth, adding a degree of complexity to the age-old assassins versus Templars battle and debate. However, the Templars operated virtually the same way as the assassins, and no new depth was offered to their reasoning for ultimate control. Instead of asking interesting questions and offering a degree of doubt toward the assassins’ justifications, Rogue did absolutely nothing with the freedom offered to it. This game feels incredibly lazy and is the most forgettable entry in the franchise. 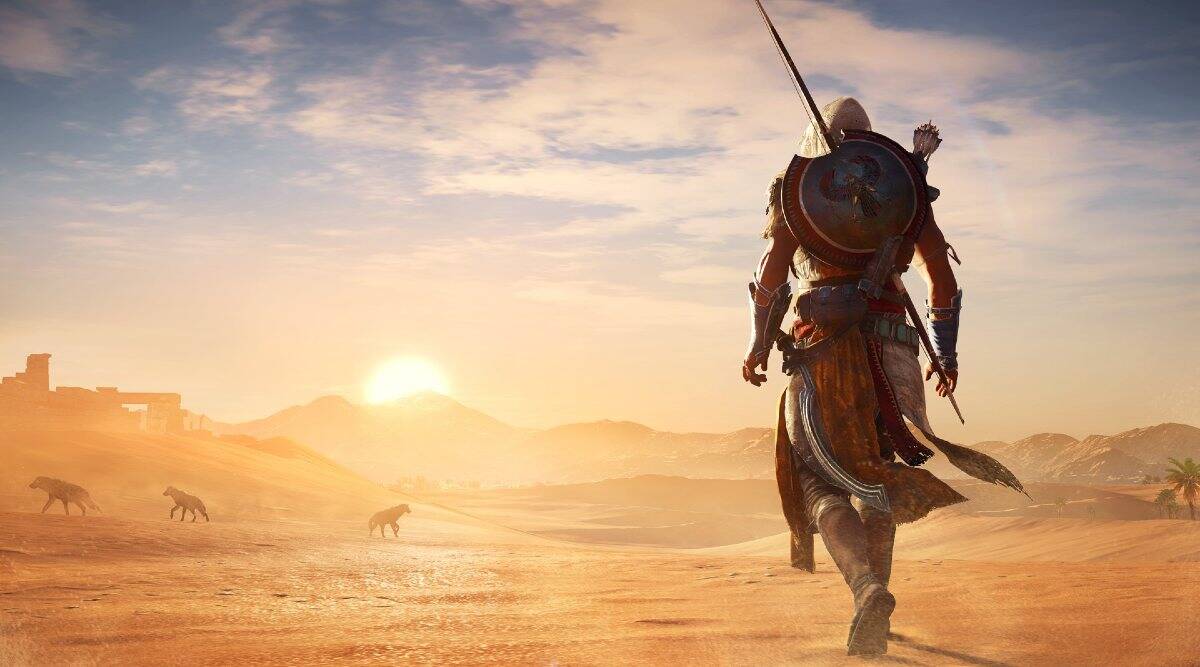 While Assassin’s Creed: Origins has fine enough characters and world-building, it falters substantially at being an origin story for the Assassin’s Brotherhood. Bayek is not driven by the fundamental precepts that make up the creed, even by the end of the game. He is merely driven by revenge before becoming a political tool. The franchise has seen other protagonists with motivations similar to these. However, the reason why this is a problem for Bayek is that he founds the Brotherhood. He should exemplify the perfect assassin based on the precepts and creed that the brotherhood lives by.

Every fascinating and frightening aspect of the Brotherhood that previous games featured was introduced as a joke or an accident. The symbol of the assassins, which survived millennia, was merely a bird skull that fell on some sand, leaving an indentation that Bayek liked. The hidden blades weren’t some cool invention that came parallel with the formation of the assassins. The blades just sort of exist and are given to the protagonist. From a mechanical and gameplay aspect, Origins struggled with the franchise’s transition towards RPG, leaving a lot to be desired, satisfying neither fans of RPGs nor the previous stealth formula. Origins falters in nearly every conceivable way, resulting in an underwhelming game to casual fans and an infuriating one to die-hard enthusiasts. 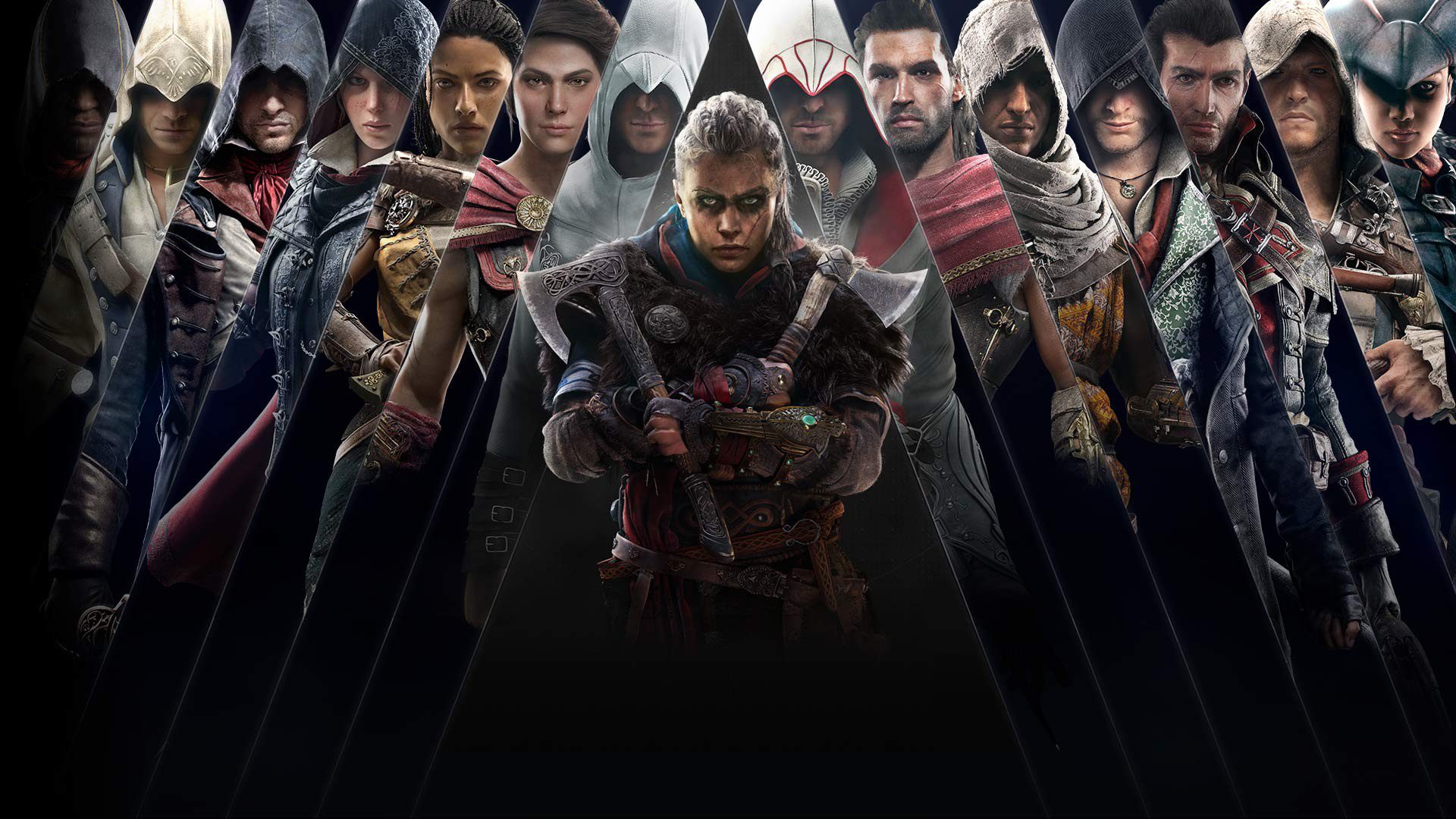 Assassin’s Creed has had its ups and downs like most franchises, but it is without question one of the most impressive and impactful series in gaming history. The future of this franchise is nebulous at best, with another sharp transition toward online gaming coming in the near future. Hopefully, Assassin’s Creed will endure the next 15 years as gracefully as it has done the past 15.