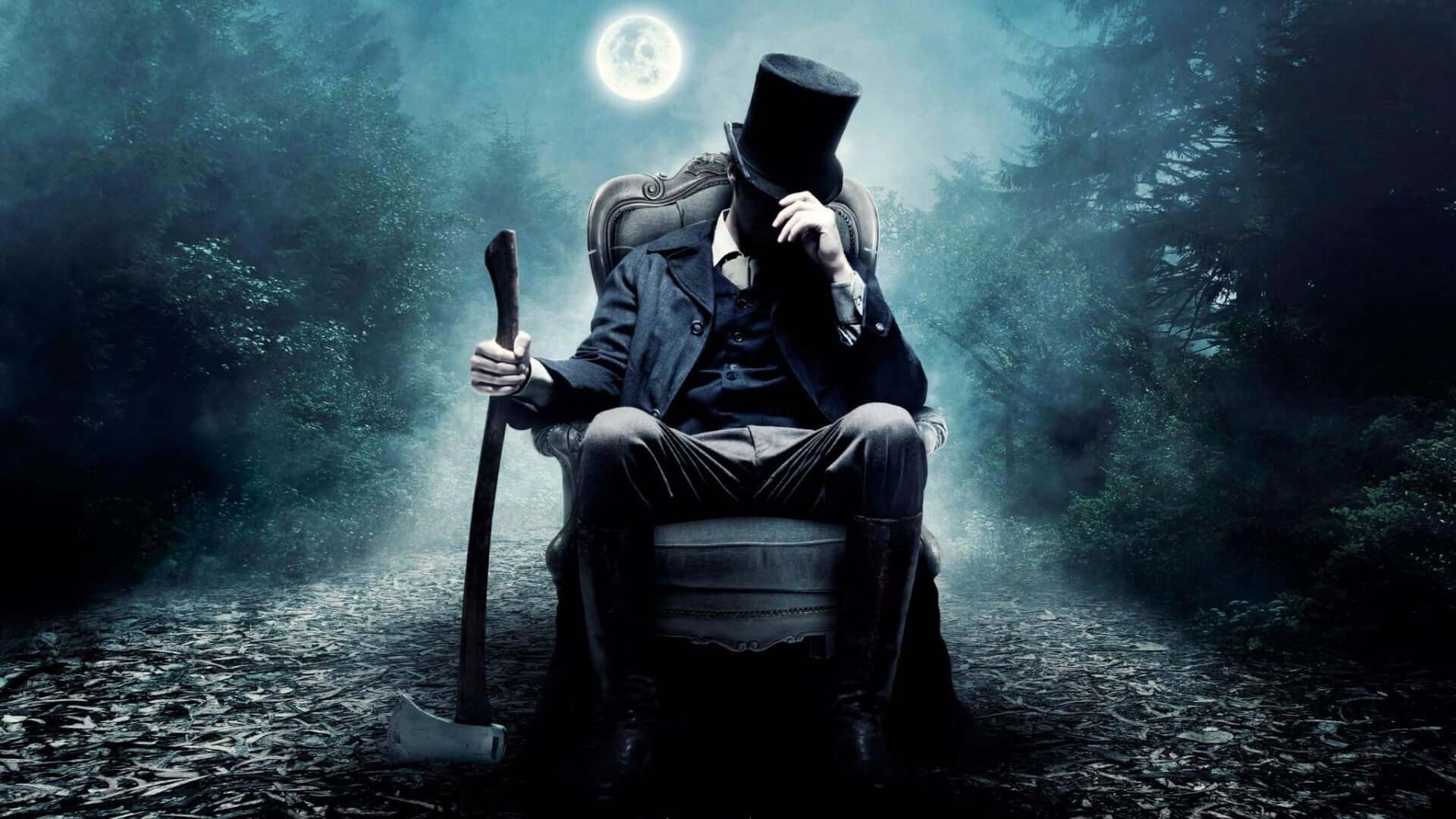 I’ve always loved genre mashups. While my favorites are more akin to something like Blade Runner, it’s exciting when a creator is playing with two disparate genres to create something off the wall. The modern master of the mashup, at least in novel form, is without a doubt, Seth Grahame Smith. I’ve been following him ever since his novel Abraham Lincoln, Vampire Hunter was released and would often wonder what genre amalgam he would offer next. Even after his many offerings, however, his take on Lincoln remained by far the best. Despite my affinity for the roaring 20s, I couldn’t deny this Civil War era vampire story was intriguing. In addition, I was thrilled when I found out that this book would be getting its shot on the big screen. After all, tons of books enter development hell and are never heard from again.

Then Timur Bekmambetov and Tim Burton got involved as director and producer, respectively. While the latter is an undisputed legend in the industry, it was the former whose involvement I was most excited about. I loved his American debut Wanted and have watched it too many times to count. Although I was hoping his next movie would be a sequel to that unexpected hit, like so many films it got trapped in the development process, which forced Bekmambetov to move on to other projects, his first pick being the Graham Smith adaptation, Abraham Lincoln: Vampire Hunter. To his credit, Bekmambetov came on to Abraham Lincoln: Vampire Hunter with a lot of enthusiasm, later proclaiming that there could be a trilogy in the universe, something that was given credence when Graham Smith claimed the film would be a “superhero origin story” for this iteration of our 16th president. While some may have looked at this notion with a jaundiced eye, this is a film that was being made at the dawn of the age of spectacle, with a release date set just six weeks after The Avengers. With all the genre trappings, Abraham Lincoln: Vampire Hunter could have been an oddball introduction of sorts to the life and legacy of one of our greatest presidents.

Lincoln is portrayed here by Benjamin Walker, whose most notable role was that of the titular character in the play Bloody Bloody Andrew Jackson, a part he chose to reprise instead of accepting the role of Beast for potentially a second time in the Matthew Vaughn-directed X-Men: First Class. I’d always thought Walker was the perfect choice for this version of Lincoln. He had experience playing a historical figure before, but having vampires laced through the historical narrative would have brought him a whole new audience – something that, to be fair, the X-Men franchise would also have facilitated. I love whenever an actor who had a successful stage career transitions to the screen; all too often there seems to be more of a polish to the performances than actors who did not originate on stage. Look no further than Hugh Jackman as Wolverine and, to a larger degree, Al Pacino, whom Godfather director Francis Ford Coppola discovered on stage. Theatre is arguably the purest, most intimate form of acting, and allows an actor to engage with an audience in ways film stars cannot.

All too often, Hollywood tends to throw the genre roles to the next big thing, so to see a movie like Abraham Lincoln: Vampire Hunter choose the person with the most qualifications for the job was very exciting. This fact was on display during the press tour, where Walker went into great detail about the books he had read to play Lincoln and how that informed the performance. While this may seem obvious for any actor playing a historical figure, I was worried that the cast and crew would let the genre trappings get in the way of what had the potential to be a compelling portrait of a United States president amid all the vampire battles. Having not seen Walker’s stage performances, I was happy to see the kind of thoughtfulness and attention to detail he puts into the character, which helped me understand what the X-Men producers saw in him. 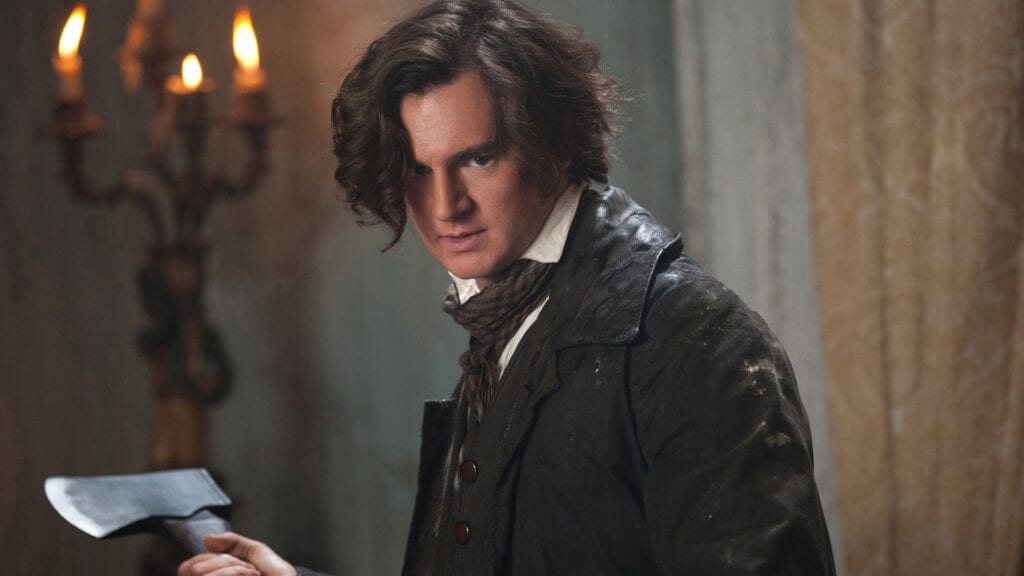 With the titular vampire hunter cast, all eyes turned to the supporting players, which were found in MCU stalwarts Dominic Cooper (severing in the mentor role) and the great Anthony Mackie (as Lincoln’s best friend Will), along with Live Free or Die Hard’s Mary Elizabeth Winstead (as First Lady Mary Todd), who is about to make her superhero debut this February in DC’s Birds of Prey. This all seems poetic considering all the talk about Abraham Lincoln: Vampire Hunter being a superhero film, but this seemed to weigh down the film. It could have been a great idea, but the production was so consumed with trying to ensure the movie fit into the genre box that it lost any sense of what it could be. Yes, it hits the highlights of Lincoln’s legacy, such as the Gettysburg Address and the Emancipation Proclamation, yet with Spielberg’s biopic on the beloved president on the horizon at the time, all those nods now feel watered down in favor of a horror trope that ultimately doesn’t seem to work for this film. Much like The Three Musketeers, aspects of books don’t always translate well to the screen. In the case of Abraham Lincoln: Vampire Hunter, this, unfortunately, extends to the entire enterprise. Benjamin Walker is great in the role, but he can only do so much with a thin script that ultimately makes me relieved Seth Grahame Smith did not end up writing the Flash film. Much like actors who try to stretch themselves throughout their careers, I was excited to see that Smith was getting into screenwriting, but the work on display in this adaptation gives a new context to the fact that it’s usually a bad idea for authors to operate on their babies.

Despite this, seeing Walker and the rest of the cast on screen somehow makes it worth it. Amid the under-cooked ideas in the film, the performances are what makes it worth a watch on a Sunday afternoon. Abraham Lincoln: Vampire Hunter won’t shake up cinema as we know it, but it might give you a good laugh if you check your expectations at the door.