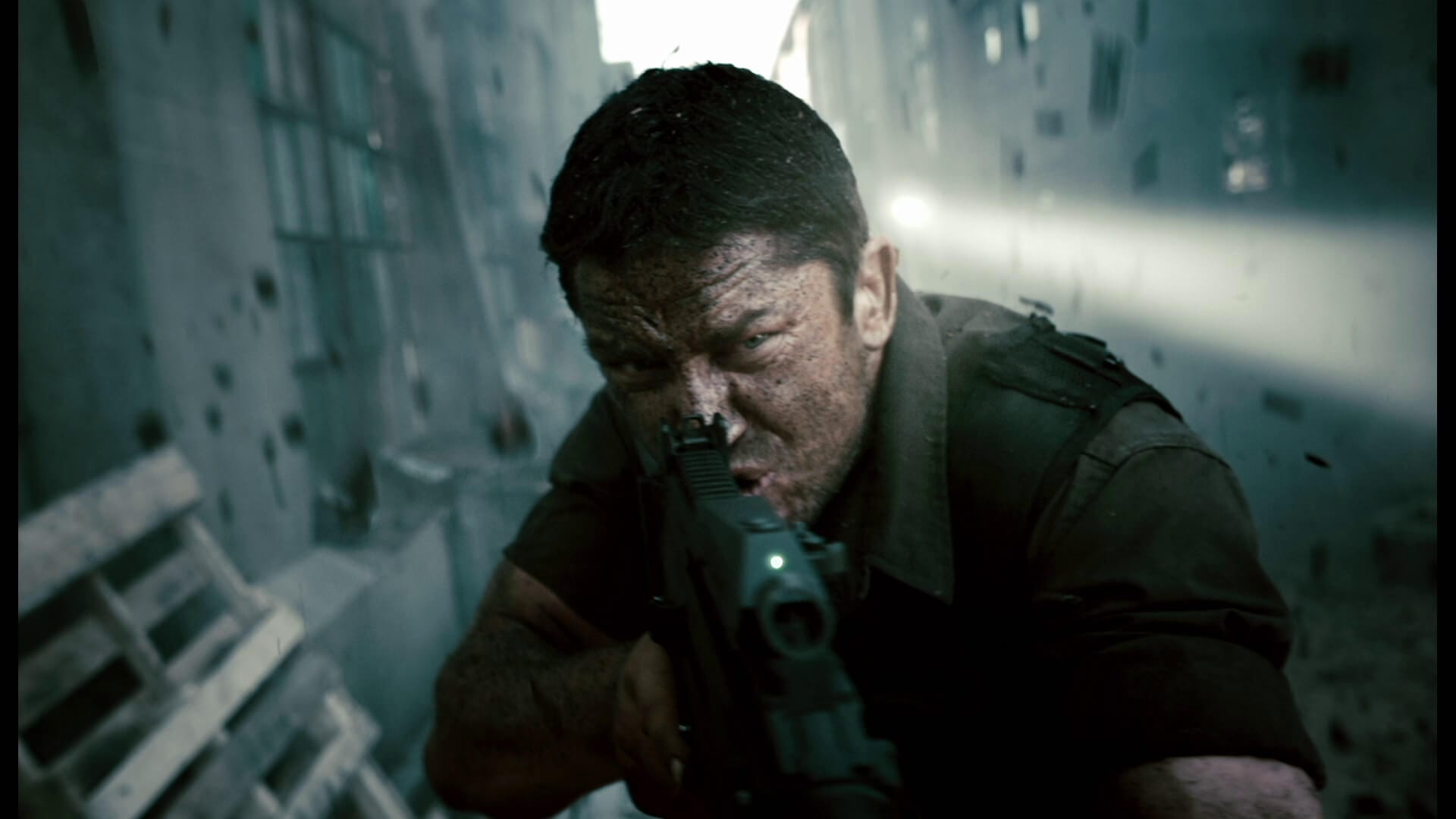 Mark Neveldine and Brian Taylor are directors I’ve followed for a long time, ever since their work on Crank and its sequel. Many pundits considered those films to be the closest thing to a decent video game movie that we would ever get. It makes sense, then, that Neveldine and Taylor would take the next step and create a film that would embrace the tenants of video games more fully. That film was Gamer, a science fiction action movie starring Gerard Butler, who still had some heat following the success of 300 a couple of years prior. Add to that then-up-and-coming Logan Lerman and Emmy-winner Michael C. Hall, and you had a movie that could’ve catapulted the filmmakers to a new level in their careers. While Gamer may have been far too close to a game over, let’s explore why some of it is so darn fun to play.

Gamer begins by throwing us right into the middle of the action (with Marilyn Manson’s iteration of “Sweet Dreams” playing over the opening) as death row inmate John Tillman, aka Kable, is fighting his latest match in one of the two most popular virtual reality games in this future world, Slayers.  Under the control of gaming superstar Simon Silverton – thanks to nanites that have replicated in his brain, allowing him to receive all of Simon’s commands – Kable must win 30 matches and make it back to his wife and daughter (the latter of whom was adopted by a wealthy family upon Tillman’s arrest) a free man. Threaded through Kable’s plight is the creator of the game, Michael C Hall’s Ken Castle, who, despite various attacks by radical group Humanz, who are trying to dismantle his gaming empire, is more worried about Kable winning, as it would be the first time someone has achieved that level of success. Wanting to stay in control of his game, Castle hires a new player named Hackman to infiltrate the game and kill Kable. However, thanks to some of the machinations of the Humanz, Kable escapes and goes looking for his wife, who has gotten a job in Castle’s other game, Society, with Hackman on his trail. The film culminates in a confrontation between Kable and Castle, the latter of whom is responsible for Kable’s incarceration via nanites that transmit rather than receive, allowing the billionaire to control almost anyone who has been unknowingly infected by this new technology.

There’s a lot about Gamer that works, particularly the performances of Butler and Hall, the latter of whom was receiving acclaim at the time for his role as the title character in the Showtime series Dexter. Hall’s presence gave the film an extra layer of intrigue, as he wasn’t acting in many films during Dexter’s run. As for Butler, it was great to see him leading a sci-fi film and giving one of the better performances of his career. In many ways, Gamer felt like a precursor to his Has Fallen series, regardless of the dystopian elements that are at play here. Speaking a bit of the setting, at times the film presents an intriguing science fiction world, often embracing the trappings of cyberpunk, and serves as a cautionary tale of what happens when someone spends too much time in a virtual world or allows others to make their decisions for them as they willfully give up their free will for some quick cash. Raising questions about humanity and society is something that the best science fiction always does well, and these days is often ignored for the sake of big spectacle. This is particularly exemplified by Logan Lerman’s Simon, who initially treats Kable as little more than an NPC rather than a human being in the beginning, with a singular focus to stay on top regardless of who ends up being collateral damage. This idea extends to various characters in Society as well, with Kable’s wife serving as a conduit for people’s less than savory predilections. As a result of this, we get several great performances from secondary characters, despite what is a subpar plotline. 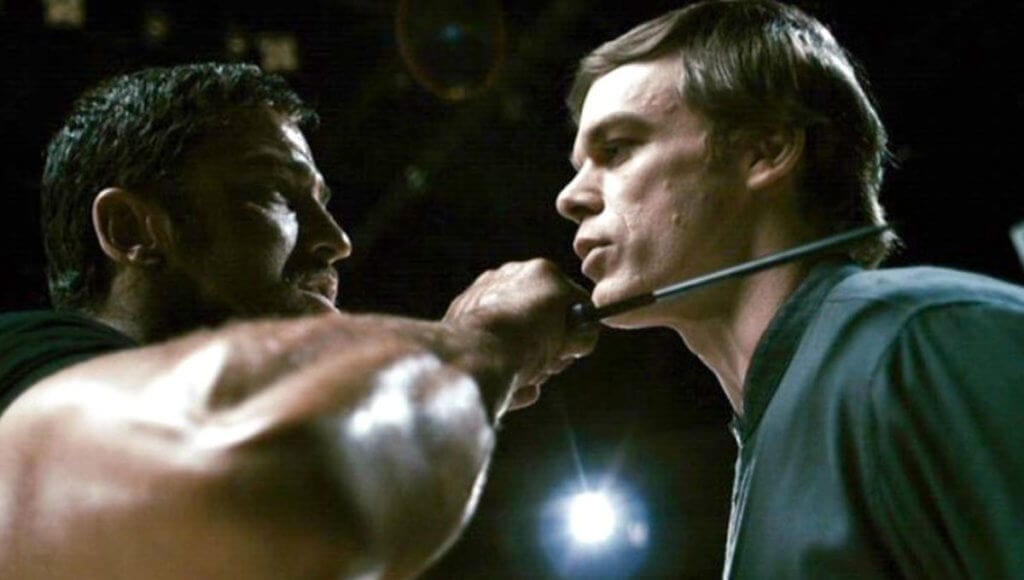 Unfortunately, the plot is where Gamer falls short. It feels like shock value was the priority for the filmmakers. Granted, this is has been a recurring theme for them; however, while it worked in films like Crank, it’s used haphazardly here, with no other purpose other than to jar the audience. There’s so much going on throughout Gamer that, at times, it feels as though it’s difficult to figure out what the film is trying to say. Are we watching a cool sci-fi action movie or a commentary on the dangers of playing too many video games? The film never really decides what it wants to be, with the violence appearing as little more than a distraction. Gamer was filled with potential and could’ve elevated Neveldine and Taylor to another plateau in their career, but instead ended up being a speed bump for the duo. That being said, it can’t be denied that their signature aesthetic is all over this film. Quick cuts and over-the-top zaniness abound, and despite the underdeveloped world, that energy makes Gamer inexplicably fun to watch. It’s the kind of movie that seemingly knows what it is and embraces the lunacy, warts and all, at times daring the viewer to look away. The script may be thin, but the directors use what’s there to bring their talents to the fore and endeavor to remind people that movies are supposed to be fun.

Despite a thin story and an overreliance on shock value, Gamer has enough redeeming qualities to give viewers a wild ride. While the film didn’t perform well at the box office, it kept the directors at the forefront of Tinseltown’s mind and allowed them to continue bringing audiences more zany films and progress their career in new and exciting ways. After ten years of Gamer and with video games more popular than ever, here’s hoping audiences will press the restart button and give this wacky gem a second look.