One of the first fighting games I bought for the Game Boy Color (aside from Super Mario Bros. and Pokemon Red) was Street Fighter II. Initially, I bought it in lieu of a Dragon Ball game. It was serendipity, however, because I have loved the franchise ever since. When Street Fighter: The Legend of Chun-Li was first announced, I was very excited. This movie had a lot going for it. First of all, the script was written by Justin Marks, who had gained some notoriety in the industry at the time for being a fanboy screenwriter penning drafts of the Voltron movie, a Green Arrow Supermax movie, and most notably, He-Man.

On top of that, Kristin Kreuk – hot off her long-running portrayal of Lana Lang on Smallville – was playing the titular role. At first glance, there wasn’t a better marriage of actress and character. I always like it when an artist I admire on television makes the transition to film, and this goes doubly so for Kreuk. My only qualm with Street Fighter: The Legend of Chun-Li was that it necessitated she make a somewhat early departure from Smallville, leaving in episode 15 of season 7, with a small video cameo in that year’s finale. While you could argue a combination of Street Fighter and the 2007-2008 writers strike granted her an extended arc in season 8, I can’t help but feel there was just a bit more story to tell with Lana that was left on the table thanks to the movie. Despite this, I was happy to see her move forward and do something new.

Unfortunately, Street Fighter: The Legend of Chun-Li wasn’t the project to which she should have moved. The movie opens with a narration from Kreuk as Chun-Li that feels stilted. I get that she’s essentially reciting her legend to us, but when that narration keeps coming back throughout the movie with gems like, “I had to find Shadaloo,” it takes the viewer out of the story. The one thing I will give this narration is that it is marginally better than most of the dialogue in Street Fighter: The Legend of Chun-Li. Only one line, “Show a man a prison with a view and all he sees are the bars,” is clever. Otherwise, the movie is filled with lame quotes like “A gentlemen would never harm a school girl.” A lot of the worst offenders come from Chris Klein’s Nash, who is part of what has to be one of the worst on-screen pairings in cinematic history with Moon Bloodgood’s Maya Sunee. I’m really not sure what they were trying to do with this relationship. I suppose it was an attempt to do something a little different from the typical partners-at-odds thing, which might have worked if the two actors in question had even the slightest bit of romantic chemistry. There’s even a really weird make-out scene between Nash and Maya during a stakeout to try to address this imagined tension that, like the narration, takes the viewer out of the movie. For some reason, Nash is very fond of saying, “Nash out” throughout the movie; he also says, “I love this job” in his first scene, as well as his last scene when he’s watching Maya walk away.

Despite all of this, I can’t deny that there are elements of Street Fighter: The Legend of Chun-Li that work, most notably Gen and Bison, played by Robin Shou and Neal McDonough. McDonough relishes the chance to play a villain, a tradition he has since continued in the Arrowverse. I was genuinely invested in his arc, even if it did seem more than a little hokey at times. Robin Shou’s Gen was one of the big reasons aside from Kreuk that I was excited about the movie. I used to get the magazine Beckett Dragon Ball Z Collector, and along with fellow Awesome Cheese favorite Vin Diesel as Frieza, Shou was the first choice for Goku in a fancast for a then-in-development Dragon Ball live-action feature. With one exception – where Kreuk falls on the ground, for some reason – the fight scenes are a big highlight of Street Fighter: The Legend of Chun-Li and Shou is a big part of that, bringing his martial arts acumen to the film. The character also the mythology of the movie with the Order of the Web, something that was no doubt going to be used to drive future films in this would be a franchise starter. Honestly, I think having Street Fighter: The Legend of Chun-Li center more around Gen and his time in Shadaloo would’ve helped a lot.

I loved that Kreuk was hitting the big time, but the filmmakers truly did her a disservice, and I’m glad they never had to ask her to come back for the sequel in which she was contracted to appear, according to some interviews she did at the time. There’s even a hint at the end that they were going to build an Avengers-style reboot with Ryu playing a large role in the sequel. I suppose everything worked out, as she returned to the CW to star in the series Beauty and the Beast, and is starring on Canadian legal drama Burden of Proof, but a part of me can’t help but wonder what would’ve happened had Street Fighter: The Legend of Chun-Li been better. Except for John Glover, who already had an established film career, no one in the Smallville cast has transitioned to the big screen. That’s not necessarily a problem in the age of streaming, but it’s fascinating to think about it. Despite this, I’m glad Kreuk shined in Beauty and the Beast, as I did not believe she got enough credit for her work on Smallville.

Between the bad acting and poor dialogue, Street Fighter: The Legend of Chun-Li clearly was not the best outing for the series. Still, my love for this franchise endures. With new adaptions coming out all the time, there will always be hope for a better version of Chun-Li down the road. For now, we can all enjoy the games and animated adaptions (particularly Street Fighter II V). While I will always be curious what the Kristin Kreuk iteration of the franchise might have been, ultimately, it probably will be a blip in the history of Street Fighter’s cinematic legacy. 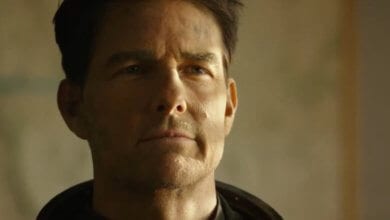 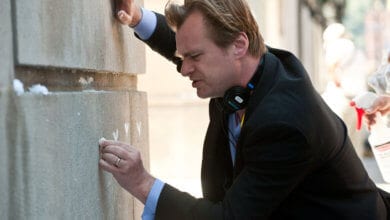 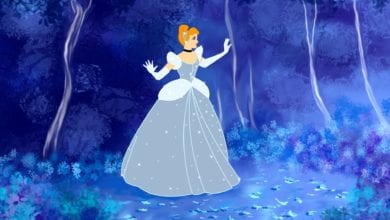