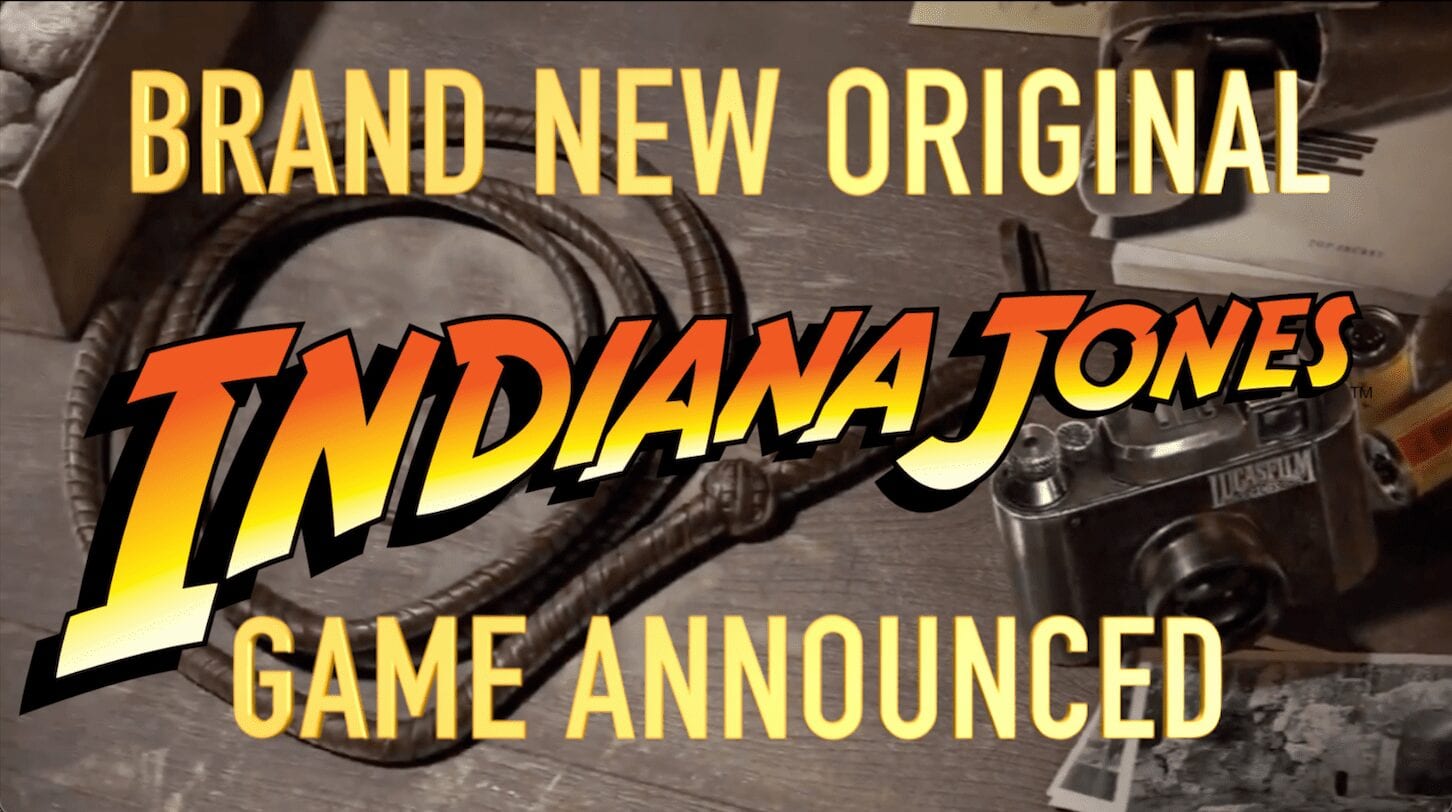 A day after revealing the new and improved Lucasfilm Games department, a brand new Indiana Jones title has been announced.

The announcement came via Bethesda’s Twitter account, where they released a 30-second teaser. The teaser contains a panning shot showing maps, a compass, and various labeled items attributed to the studios involved, all set to the sound of a ticking clock and a slow recording of the Indiana Jones theme.

The major reveal came at the very end of the teaser, as Indiana Jones’ fedora moves out of shot to reveal Indy’s famous whip laying on the desk.

The game will be developed and produced by Machine Games in conjunction with Bethesda Softworks and Lucasfilm Games.

Bethesda said on Twitter, “A new Indiana Jones game with an original story is in development from our studio, Machine Games, and will be executive produced by Todd Howard, in collaboration with Lucasfilm Games.”

It sounds as though this game is still early in development, as they also state, “It’ll be some time before we have more to reveal, but we’re very excited to share today’s news!”

All this sounds very reassuring, as Lucasfilm hasn’t had the best track record of late when it comes to game development, save for Jedi Fallen Order. Hopefully, their excitement levels live up to their content when it is released. “We’re very excited and can’t wait to share more in the future!”

The humility and enthusiasm in their announcement is encouraging. These are not the words of an SJW but of fans who want to make a great product.

If its good, I will play it. My two my two favorite Indiana Jones games of all time I enjoy playing are Emperors Tomb and Infirnal Machine on the N64. Emperors Tomb was interesting becauase of the history of Qin Shi Huangdi and Chinese folkore. I also liked the gameplay, especially throwing enemies over the edges. The lore of Infirnal Machine was interesting because it goes into Babylonian Mythology and the mystery of the Temple Of Marduk.

True, here is to hoping.

When I first heard of this I was excited but when I heard it was Bethesda I was not disappointed but I remember seeing how bad Fallout 76 was and ended up not buying the game. If it has a good launch I might buy it (probably will). But if it is like Fallout 76 then I will not. Never go full Fallout 76.

I thought the same thing reading that. But then some optimism kicked in and im hoping that Lucas will be in full control of its production.

This makes me want to replay the 90’s point & click Indy adventure game !