Star Wars fans, get ready, because the smoothest general in a galaxy far, far away is returning for the upcoming Star Wars: Episode IX in 2019. Whispers have been popping up all over the Internet recently, and today sources confirmed to The Hollywood Reporter that Billy Dee Williams will indeed be returning to the role of Lando Calrissian in the last chapter of the sequel trilogy. These rumors were fueled recently when Williams had to drop out of an upcoming pop culture and sci-fi convention due to a conflict with a movie shooting schedule. Fans will be delighted by his return, as he did not appear in The Force Awakens or The Last Jedi, and many have wondered what the scoundrel has been up to during this part of the timeline. Billy Dee Williams portrayed Lando Calrissian for the first time in 1980’s The Empire Strikes Back, and reprised the role in the sequel Return of the Jedi in 1983. Since then, he has appeared as the voice of General Calrissian in a plethora of Star Wars media — various Star Wars LEGO television movies and episodes, Star Wars Rebels, and many Star Wars video games, including the most recent effort from EA and DICE, 2017’s Star Wars Battlefront II.

Precisely what role Lando will play in the closing episode is currently unknown. Episode IX is being directed by J.J. Abrams, with a script from Abrams and Chris Terrio. Daisy Ridley, Adam Driver, John Boyega, and Oscar Isaac are all returning, along with new addition Keri Russell, who was just recently confirmed for an unknown role. In what capacity do you think Lando will be in the film? How will he help the Resistance take down the First Order once and for all? Let us know your thoughts in the comments below, and be sure to keep your browser locked to Geeks + Gamers for all of your Star Wars needs! 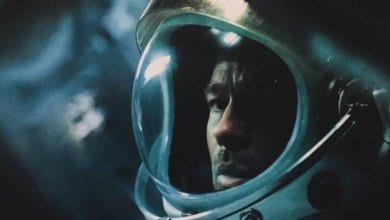 Having an Old Friend for Dinner