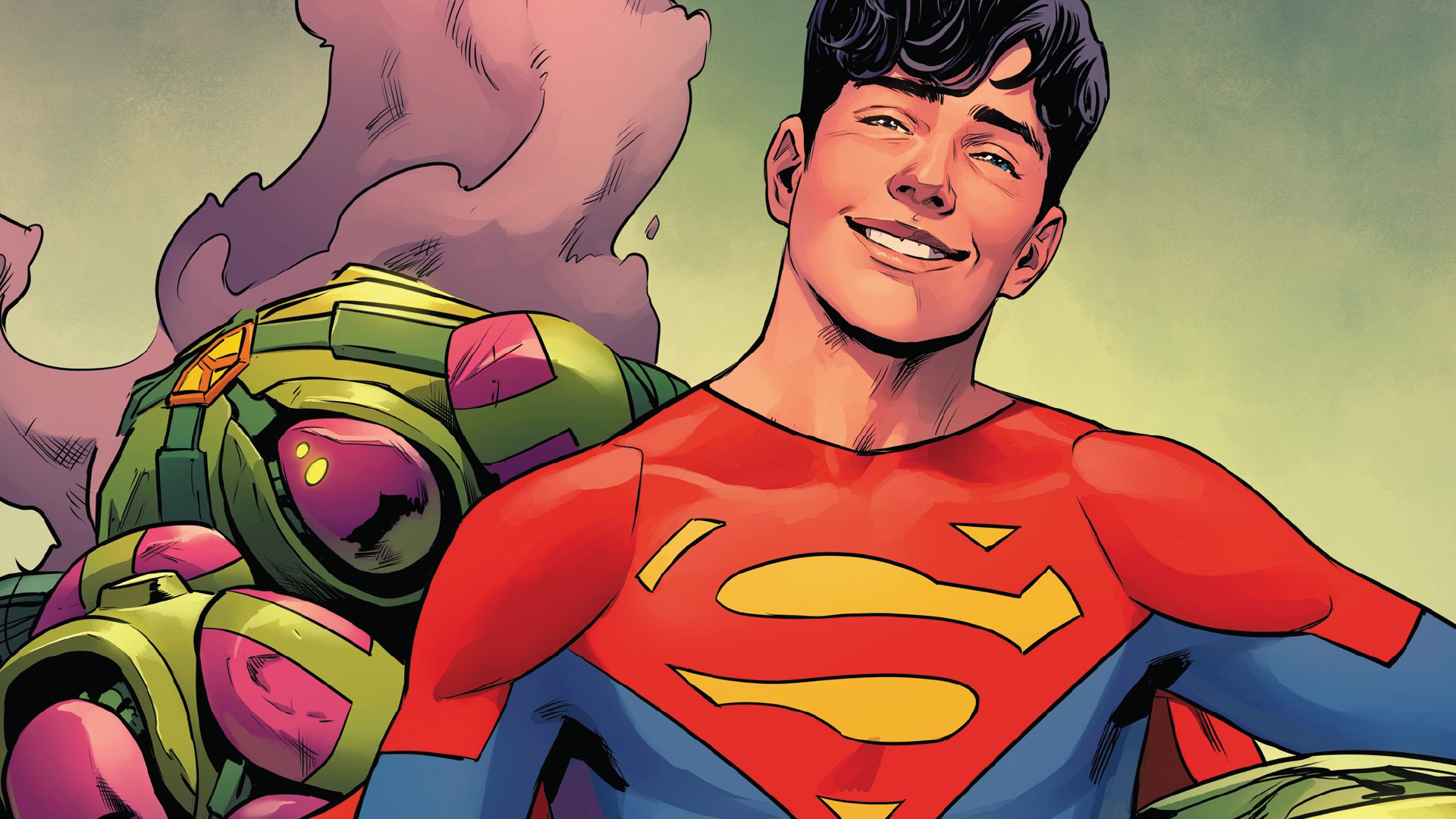 Get your “faster than a speeding bullet” jokes ready. At this weekend’s New York Comic-Con, DC Comics announced the cancelation of Superman: Son of Kal-El, the comic series about Superman’s son, who is also called Superman and who they revealed is bisexual (and, as Eric July observes about every bisexual comic book character, always with a guy). The series’ 18th issue, which releases in December, will be its last. However, DC is playing some dirty tricks, and a month after Son of Kal-El ends, writer Tom Taylor will put out a six-issue limited series called Adventures of Superman: Jon Kent, which will further explore the character. As Bounding Into Comics points out, Son of Kal-El went far beyond simply making “Superman” gay, exploring topics like global warming, illegal immigration, and mask mandates (no points for guessing on which side of these issues Jon Kent came down on). Meanwhile, a new Superman monthly series will also launch next year from writer Joshua Williamson, as well as an Action Comics anthology revamp with Phillip Kennedy Johnson writing the main story. Unsurprisingly, they will star the real Superman, and he’ll be battling Lex Luthor and other supervillains instead of a melting polar ice cap.

Who could’ve predicted this? Well, Billy Eichner as of a week ago, I guess, along with the rest of the world. Every step of this process has been cynical and nakedly calculated by DC. They were at least sane enough not to make the real Superman bisexual, but by choosing Jon Kent to flip, they got to have their cake and eat it too – meaning they got their “Superman is LGBTQ now!” headlines and the adoration of the legions of wokesters who would buy a Slim Jim before they bought a comic book, but if anyone didn’t like it, they could roll their eyes and say it wasn’t the real Superman, so no one had anything to complain about, God! Well, it didn’t work, so now they’re going back to the Superman people want (whether or not these books will be good, I have no idea; I haven’t read anything by either of the writers) while passing Jon Kent and his crusade against bumper-sticker issues to a limited series so they can look like they aren’t abandoning the idea without committing to a whole relaunch. Unlike with the deluded nutcakes who made Bros, I think DC probably knew this wouldn’t be a hit and planned to make this move eventually, getting good press and back slaps along the way for fighting the good fight before returning to regularly scheduled programming.

Did you think Superman: Son of Kal-El would go the distance? Will you be reading the new regular Superman comics? Is Henry Cavill going to take a long look at any future contracts DC has him sign? Let us know in the comments, and stay tuned to Geeks + Gamers for more things normal people could’ve seen coming a mile away!