"Jabba ruled with fear; I intend to rule with respect." 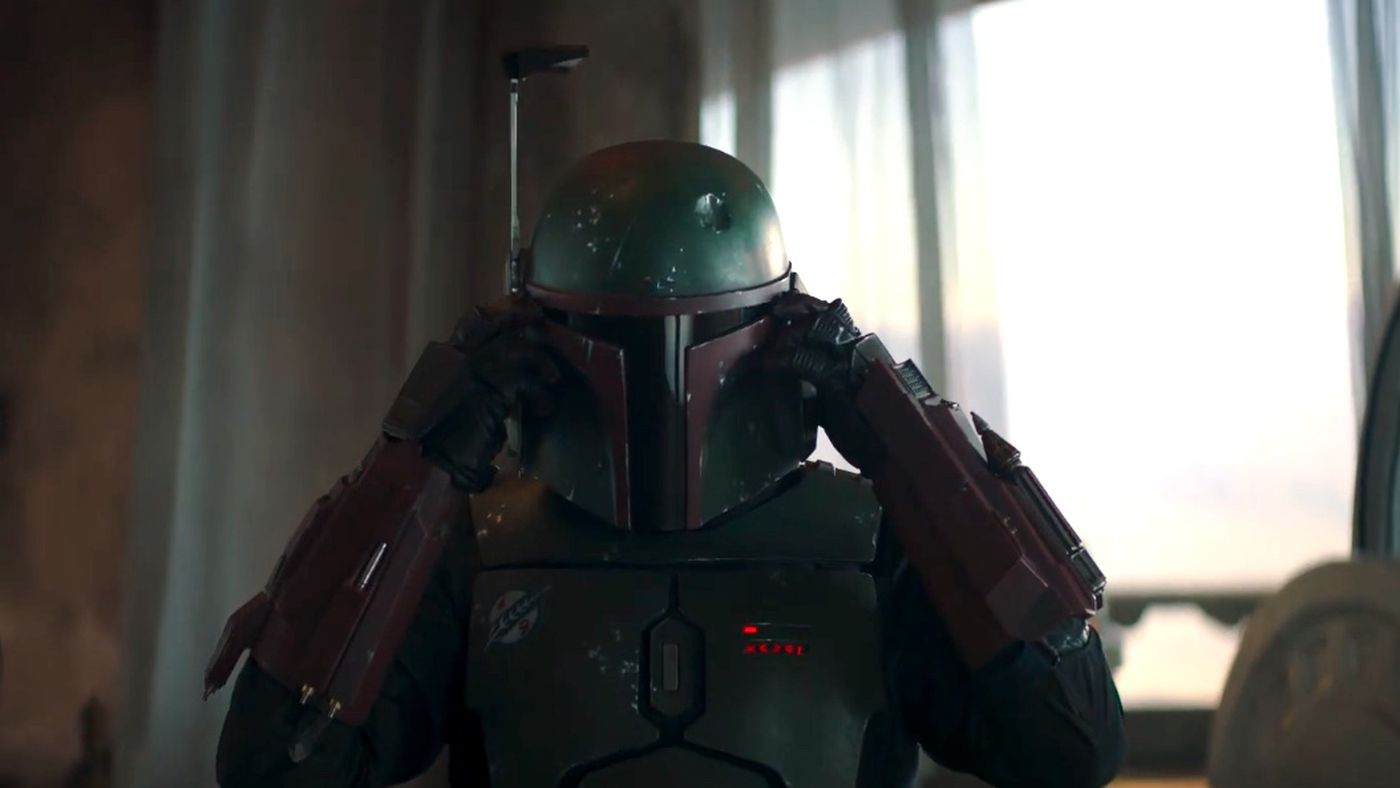 Monday, November 1st, saw Disney and Lucasfilm release the first trailer for the upcoming Disney+ series The Book of Boba Fett. The trailer follows the legendary bounty hunter deny being one as he navigates the politics of the criminal underworld. We get another taste of Boba’s personality as he proposes a mutually beneficial way forward to Jabba’s old business associates. The trailer also dishes out some of that brutal fighting style Fett displayed in season 2 of The Mandalorian. The Book of Boba Fett stars Temeura Morrison and Ming Na-Wen. Both will be reprising their roles of Boba Fett and Fennec Shand, respectively. It will premiere on Disney+ on December 29th. Check out the new trailer below:

I think this is a great trailer. It’s paced well, the dialogue is solid, and it looks fantastic throughout. I’m intrigued by the criminal element of this story and Boba’s new, respect-based rule of the syndicates. I was actually never a big Boba Fett fan, preferring more developed characters from the original trilogy. However, I enjoyed his appearance in The Mandalorian quite a bit, thanks mostly to Temeura Morrison’s performance and the fight choreography in Fett’s scenes. This portrayal of the iconic character was a big win for his fans and people like me as well. I look forward to seeing more of Morrison in the role, and Ming Na-Wen as Fennec Shand. Her appearances in The Mandalorian and The Bad Batch were exciting but provided little insight into her character. I expect this will be remedied in The Book of Boba Fett as she’s essentially the title character’s sidekick. I’d also like to see more of the relationship between the two, which I imagine will feature in the show. My only concern is that The Mandalorian season 3 was pushed back for this show’s premiere. I’m excited for several upcoming Star Wars shows, but The Mandalorian is where it all came from. I really want to see what happens next with Din Djarin, Bo-Katan, etc.

What did you think of the new trailer? Are you planning to watch The Book of Boba Fett? Let us know in the comments below!

I swear I saw more of Ming Na in The Mandalorian than I did of Boba Fett. Disney get this right don’t get it woke unless you want to go further broke until you decide to finally grow some brain cells and fire Evil Aunt Kathy.