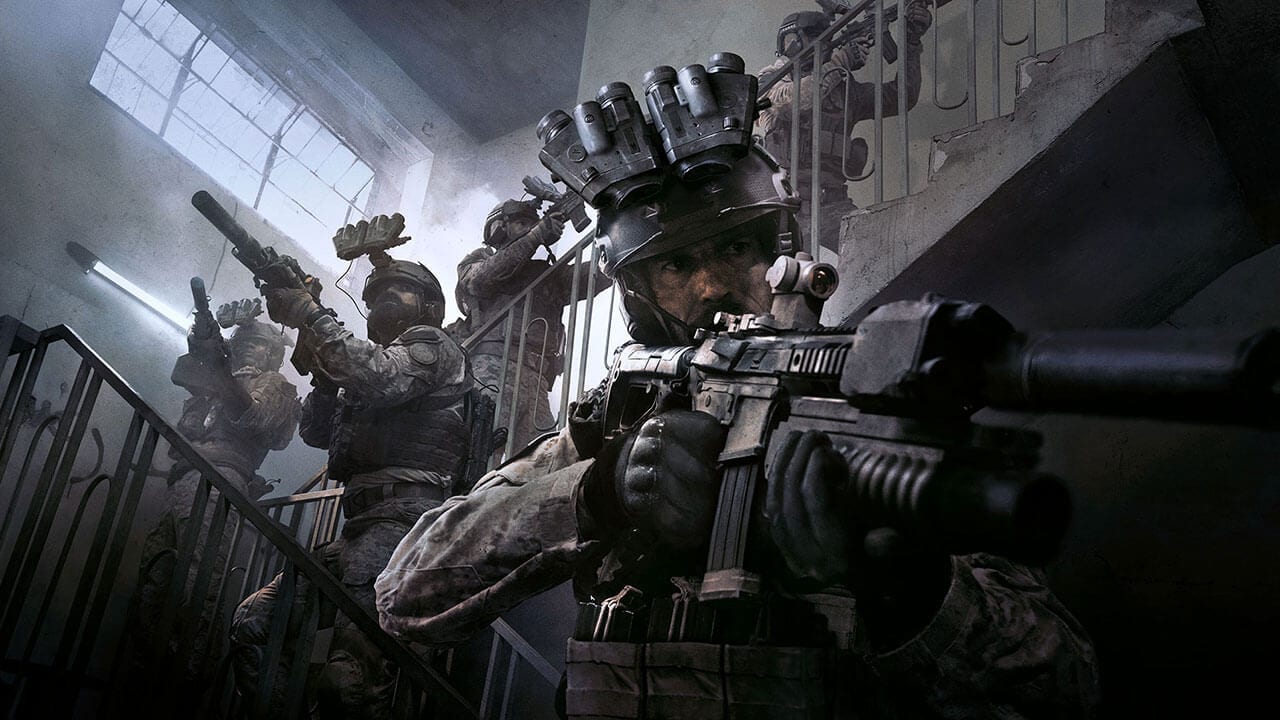 This year’s installment of Call of Duty is a new and interesting change to the standard Call Of Duty formula the previous games have used. Call of Duty: Modern Warfare changes up the structure that the other games built off, making this one feel different in both a refreshing but frustrating way. Multiplayer is jam-packed with multiple game modes that all Call of Duty veterans will remember, such as Team Deathmatch, Headquarters, and Domination. However, the game-changer this time is Ground War. What was once meant as a standard game mode that just incorporated more players into the match has turned into a large battlefield full of control points to capture, which is very reminiscent of Battlefield’s Conquest mode. The maps in the new Ground War game mode are massive compared to standard maps, with vehicles such as tanks, helicopters, and buggies for you to maneuver through them. I’ve talked to quite a few people who aren’t happy with this change because they said that it feels too much like a Battlefield clone, but it doesn’t bother me. Overall, the game modes themselves are standard and interesting, but they all suffer from one significant issue: the maps.

The maps in Call of Duty: Modern Warfare seem uninspired and, at times, disappointing. Many of them are way too large to support the standard game modes. For example, I would get frustrated dying in team deathmatch, not because I lost a gunfight, but because it meant I had to trek across the map for what seemed like forever to get back to the action. The other problem with the maps is that there isn’t much flow to them. It feels like many random buildings were just placed down with no clear central area where you can engage the enemy team. This has caused a lot of players to change their play style and evolve to just camping and waiting for enemies. Either way, the actual feel of the game makes up for what the maps lack. This feels like the most accurate Call of Duty, and it feels so smooth but realistic when firing weapons. Killcams are highly accurate, so seeing where and how you died isn’t the most annoying thing to watch anymore. To continue, it’s also the most beautiful Call of Duty I have played, with some of the most impressive graphics. The best way to describe the graphics would be that they are crisp, clean, and clear.

In the short time that I have played Call of Duty: Modern Warfare, I would say that I enjoyed a lot of my time playing. The game does have its good moments, but it’s not without issues. The problem is that the bad overshadows the good in the map layouts. Overall, I would recommend this game to people who are big fans of the Call of Duty franchise, and cautiously recommend it to casual gamers of the shooter genre. Just realize that this game is not like the other Call of Duty games, and there will be significant differences that may disappoint you.

Will you be purchasing Call of Duty: Modern Warfare, or will you be sitting this one out? Let us know in the comments, and stay tuned to Geeks + Gamers for more gaming news!