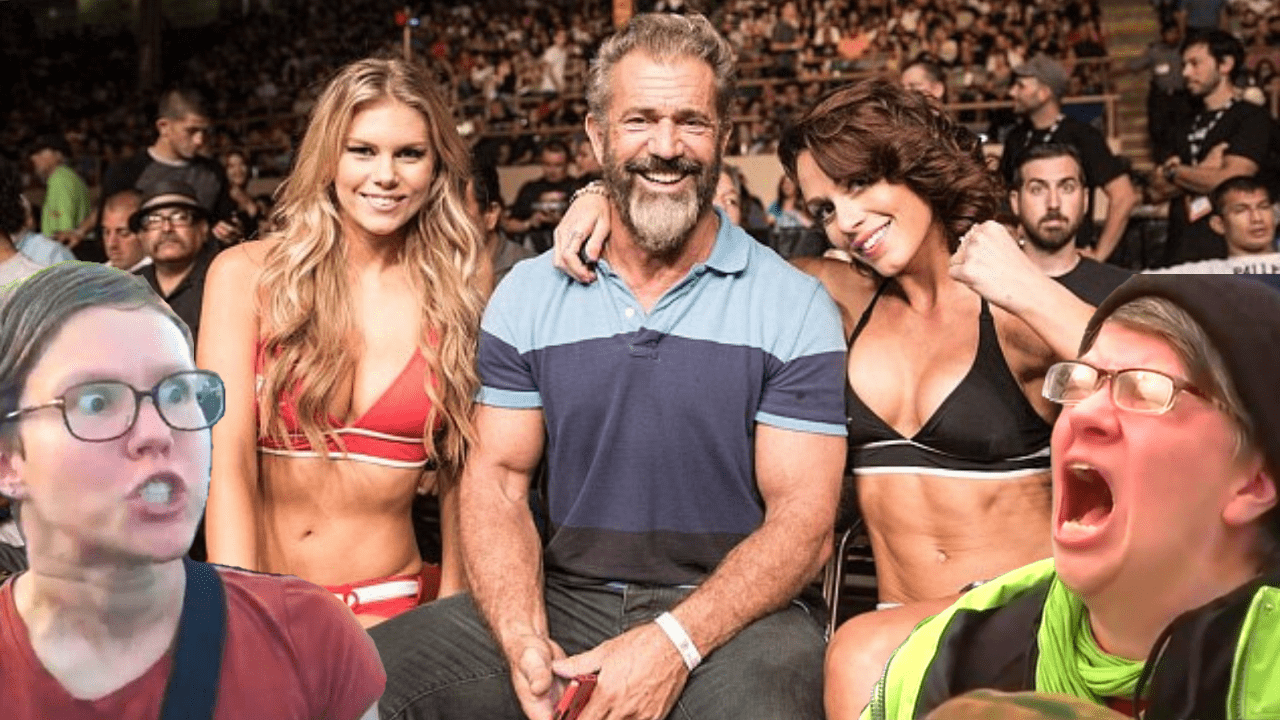 After the incredibly well-received trailer for the new movie Fatman, Mel Gibson was trending on Twitter. Not for his portrayal of the down on his luck, angry Santa Claus, but for the words he drunkenly uttered over a decade ago. Because for some of the insane SJW cancel mob, no amount of time is enough, no apology is enough, and no amount of effort can ever let you atone for your mistakes.

Fourteen years ago, Mel Gibson was pulled over for a DUI in California, but that isn’t what people are mad about. Records of his encounter with the police revealed that, while drunk, he used racist and anti-Semitic language towards one of the officers. After the fallout of this encounter, Gibson issued several apologies, including directly to the Jewish community through the Anti-Defamation League. Genuine or not, this apology was not enough, and his efforts to make amends were not enough. He became Hollywood kryptonite for years, being cast in very few projects for the next decade. After fourteen years and efforts to atone, normal people may find it normal that a talented actor would find work again.  But Twitter is not full of normal people.

One user doubted the effects of cancel culture.

I supposed nearly a decade of being blacklisted isn’t enough.

Another Twitter user commented as well, saying that if cancel culture were real, “raging misogynist and anti-Semite Mel Gibson” wouldn’t be getting work.

When people say “cancel culture is real,” remind them of the time that raging misogynist and anti-Semite Mel Gibson got paid millions of dollars to play Santa Claus. 😒 https://t.co/1HA55Td4gv

Someone else weighs in, trying to say that this is evidence that there is no “woke liberal agenda” in Hollywood.

The fact that Mel Gibson still gets work is proof that there isn’t any kind of “woke liberal agenda” in Hollywood.

Yes, a single person who gets a role in Fatman after years of being shunned shows that Hollywood definitely isn’t woke.

Another user was pretty straightforward.

Mel Gibson is an anti-Semite. That's it. That's the tweet.

Of course, Mel Gibson has had other issues in his past as well. During a messy split from an ex a decade ago, recorded audiotapes were leaked where he can be heard using a racial slur. Once again, despite apologies and efforts to atone, people continue to bring it up any time the man gets a job.

They let Mel Gibson make movies despite his homophobic & anti-semitic rants. He told his wife she'd be "r***d by a pack of ni****s" and they STILL let him make movies & win Oscars.

Saw him trending, looked up the producers for his next movie and it's no one I'll miss.✌🏽 pic.twitter.com/gaztoivGn9

The question that this outrage raised for me was simple: Is there EVER enough a person can do? Is there any possible path to atonement for Mel Gibson, or anyone who makes a similar mistake? It seems to me that there is never enough; there is no apology, no groveling that could ever allow him simply to exist and do his job. It seems like a few mistakes, over ten years ago, are enough to unperson him for life.

There is no doubt that Mel Gibson made mistakes. And he has acknowledged all of them.  Whether people believe he has changed or that he’s always been that way is up to each individual. But the cancel culture mob doesn’t care if you change or not.  They will continue to pile on at every opportunity, even fourteen years later. If that is the standard, why would anyone even try? I, for one, am excited about this film, and the fact that it triggers woke SJWs only increases my interest. Mel Gibson stars as the gun-toting Santa Claus in Fatman, releasing later this year.

How long ago was this? Mel Gibson did that years ago. he has just as much right to have a second chance as RDJ. They say Cancel Culture ain’t real and yet they are demanding it to Be real in the same tweet.