Castlevania Fans Will be Thrilled With Spin-Off, Says EP 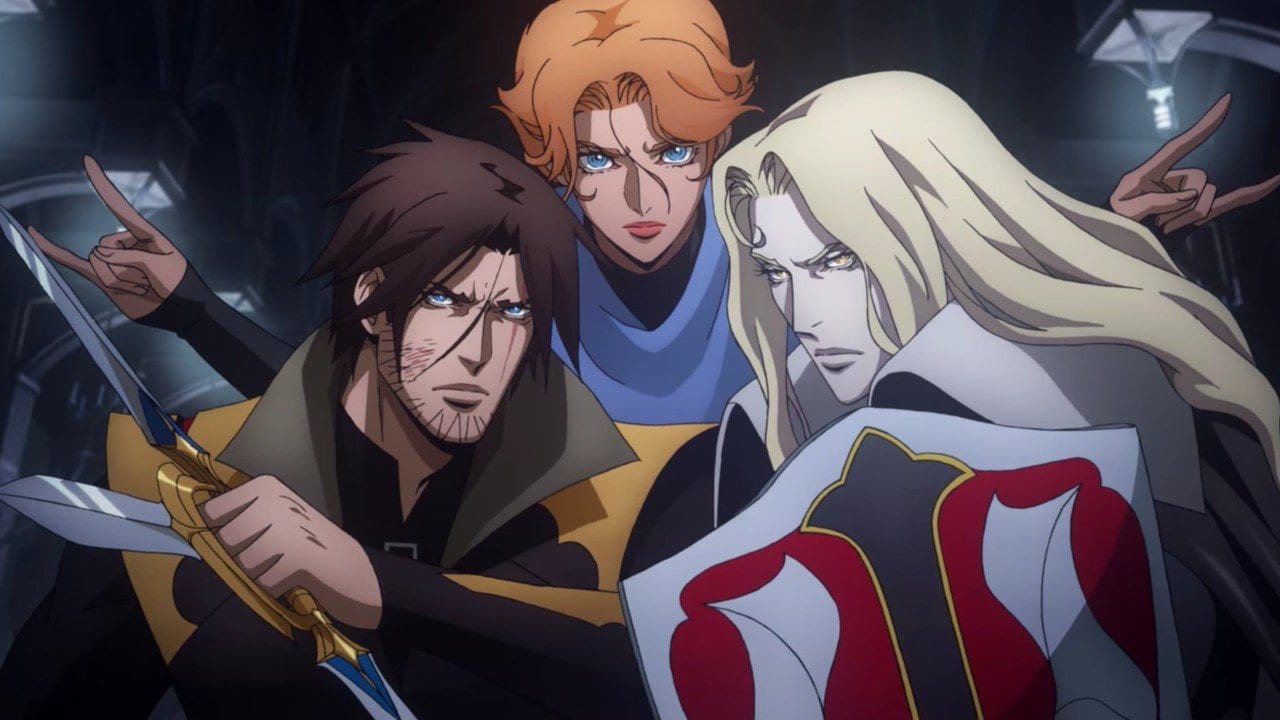 Last week saw the release of the fourth and final season of Castlevania on Netflix, but the story isn’t over yet. Word spread about a month ago that a second series in the Castlevania universe starring a new cast of characters was in the works. Now, in an interview with Comic Book Resources, Castlevania executive producer Kevin Kolde discussed what fans can (and can’t) expect from the spinoff. On that subject, Kolde had this to say:

“We’re not talking about what I would specifically call a spinoff because we’re taking from the characters or spinning directly from this series. We’re looking at another series in the Castlevania universe. I can’t tell you any real specifics at this point; we can certainly talk about it once those details are solidified, right now, it’s really about finishing this [series] up. As you know, there’s a lot of great games, great storylines, great characters in the Castlevania world going back, prior to Trevor’s story, and going on into the future with Soma Cruz and things like that. There’s plenty there to play with – I’m not going to tell you where we’re going to play – but those details will come out soon enough. [Laughs] I think Castlevania fans will be thrilled.”

Kolde’s statement is pretty vague, but he says about as much as we could hope to learn this early in production. He clarifies that this series won’t follow the same lead characters as Castlevania, which lines up with the reports from last month. The best thing about Kolde’s remarks is that they further solidify the spinoff series’ existence. The previous report did indicate that evidence of such a production had been found, but hearing it from a producer is an official confirmation. My favorite thing about Castlevania was its charismatic, multifaceted characters. But if many of the same creatives are involved, I’m 100% interested in whatever story they choose to tell next. I think the most obvious story thread would be to follow Trevor and Sypha’s child, whom Sypha was pregnant with in the series finale. Since the games star different generations of the Belmont family, it would make sense to follow the TV series with the next generation. I also imagine Dracula and Lisa’s resurrections will play a part, although if she dies and he goes crazy again, that would be beyond redundant. I eagerly await whatever they come up with and hope they can maintain their signature character development and gorgeous visual style.

I hope that spin-off series will be Devil May Cry adaptation. Or finally, a real, good. quality version of Berserk. If it’s one of those two, I am totally onboard. Or maybe, they will surprise me with something else? who knows.

It does make me question why Dracula and Lisa are brought back and get to live happily. It feels like they trapped themselves now with a happy ending and that’s the end of Castlevania. But I wanted to see Simon Bemont next. But with Dracula alive and happy, what’s the point? The series isn’t Castlevania without Dracula being a bad guy. I almost reeled in the idea that Death would now manipulate Dracula to do his deeds and be the bad guy for the Belmonts to keep destroying. That actually would make sense after season 2’s finale when Dracula died then and Death is just keeping him around to satisfy Death’s hunger. Now, I’m not sure how this is going to work because like Kolde said; if they repeat season 1, its redundant and tiring. I also believed that the evil priest would be named Shaft for when we get Richter Belmont and see him resurrect Dracula. The pieces were spot on and it would’ve worked. So how is this going to work now? Who knows but I am worried. All we can do is take his word for it.