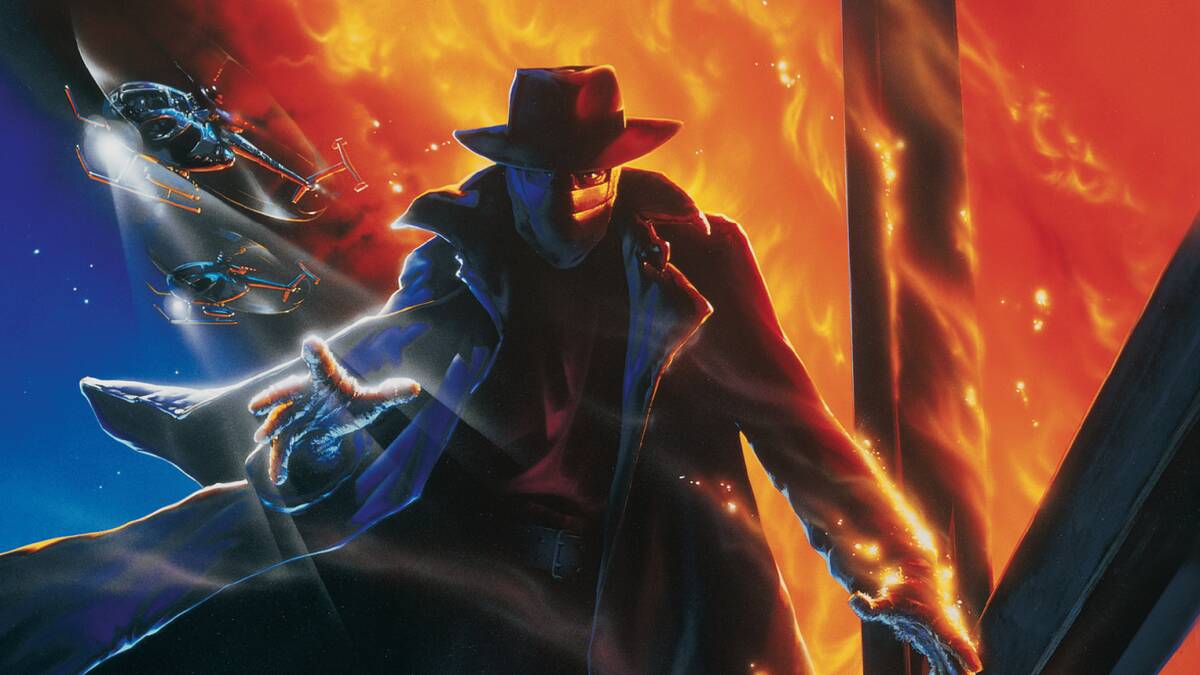 Superhero films have always served as fuel for my imagination, the stories of Spider-Man, Batman, and Superman providing me with many hours of enjoyment. However, I’d wondered about original superhero films not based on existing I.P., and would always seek them out. So, when I happened upon Darkman more than a decade ago, I was very excited. Like most kids who grew up with Sam Raimi’s Spider-Man, I had never considered that the director had previously created his own superhero film separate from the corporate entities that controlled the Web-head and the Dark Knight. Yet that was exactly what this film was – his first studio feature, no less – taking inspiration from the Universal horror films, making the movie’s release from the studio poetic. So, what was it about Darkman that so intrigued me?

Darkman is about Liam Neeson’s Peyton Westlake, a scientist who’s trying to find a way to heal skin tissue, an endeavor that at first seems like a never-ending failure; he creates a synthetic skin that replicates human flesh perfectly but deteriorates after 99 minutes. Meanwhile, Frances McDormand’s Julie Hastings, Westlake’s lawyer girlfriend, discovers a memorandum proving that business tycoon Louis Strack Jr. has been paying off government officials to allow him to rebuild parts of the city. After she confronts Strack, he sends gangster Robert Durant after the memorandum. Just as Westlake begins to make progress on the skin, Durant and his men show up. In their search for the memorandum, they burn down Peyton’s lab and permanently scar him. When he’s taken to a hospital, the doctors sever his spinothalamic tract’s nerves, removing his ability to feel pain. After going into hiding, our hero starts making masks with his synthetic skin, allowing him to slowly dismantle Durant’s organization and try to make a life with Julie – 99 minutes at a time.

Rewatching Darkman for this piece, I realized that I had forgotten how compact the film is. That enhances its rewatchability, as I found myself just allowing the movie to keep playing after I’d finished it. Perhaps this was due to the budget constraints with which the production was saddled, but I’d argue the film was better for it. Darkman gets in and gets out, presenting a heightened reality that is always fun to revisit, embracing the camp of the early superhero genre. Despite this, Darkman has almost always been misunderstood. Is it a superhero film? A horror film? Both? To me, it was always an old-fashioned, pulpy superhero movie imbued with a bit of Raimi’s horror sensibilities, for which he was well known. These sensibilities permeate the film, while at the same time embracing the campy nature that was expected of superhero films at the time. 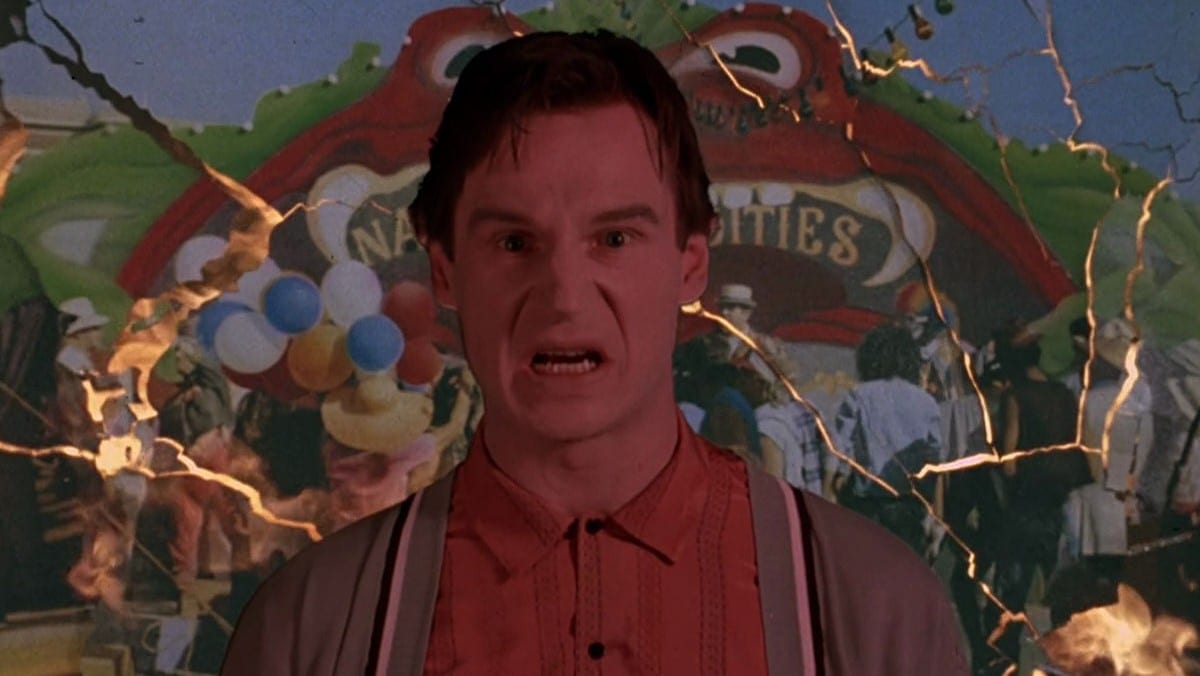 In large part, the cast is what makes the tone of Darkman work. When I first came across the film, I couldn’t believe that I was seeing Qui-Gon Jinn as the lead in a superhero movie, having only seen him in Star Wars and Batman at the time. Emphasizing his intelligence and tragedy, Neeson imbues Westlake with pathos, giving a positively magnetic performance. Despite the role being severely underwritten, I also enjoyed Frances McDormand as Julie. In interviews for the film, Raimi compared Darkman to Beauty and the Beast, and McDormand helps bring that feel to some of the later scenes in the movie. Then, there is one of my favorites aspects of Darkman: Larry Drake’s Robert G. Durant. Drake seems to relish playing the heavy, marking a huge departure from his time on L.A. Law. I absolutely love his signature villainous attribute of having a collection of severed fingers. Is it gross? Absolutely, but to me, it totally fits with the tone of the movie, and I like that you always wonder what he’s going to do with his cigar trimmer whenever he pulls it out, giving those moments an added bit of tension.

Fortunately, the casting isn’t the only thing Raimi handled right here. Something else I love about Darkman is how it came to be. Much like George Lucas did with Flash Gordon and Star Wars, Raimi tried to adapt The Shadow and Batman when making his superhero story. Necessity being the mother of invention, he wrote a short story entitled “The Darkman,” which he expanded into a film treatment. However, this seemed to be where the creative process hit a snag, with so many writers getting credit that who wrote what is still somewhat disputed. Raimi – not possessing rights to the final cut – was constantly arguing with the studio about what the end product should be. He even sneaked into the studio shortly before Darkman screened for critics and re-cut the film, much to Universal’s chagrin. As a result of this, Raimi continues to be ambivalent about the film. 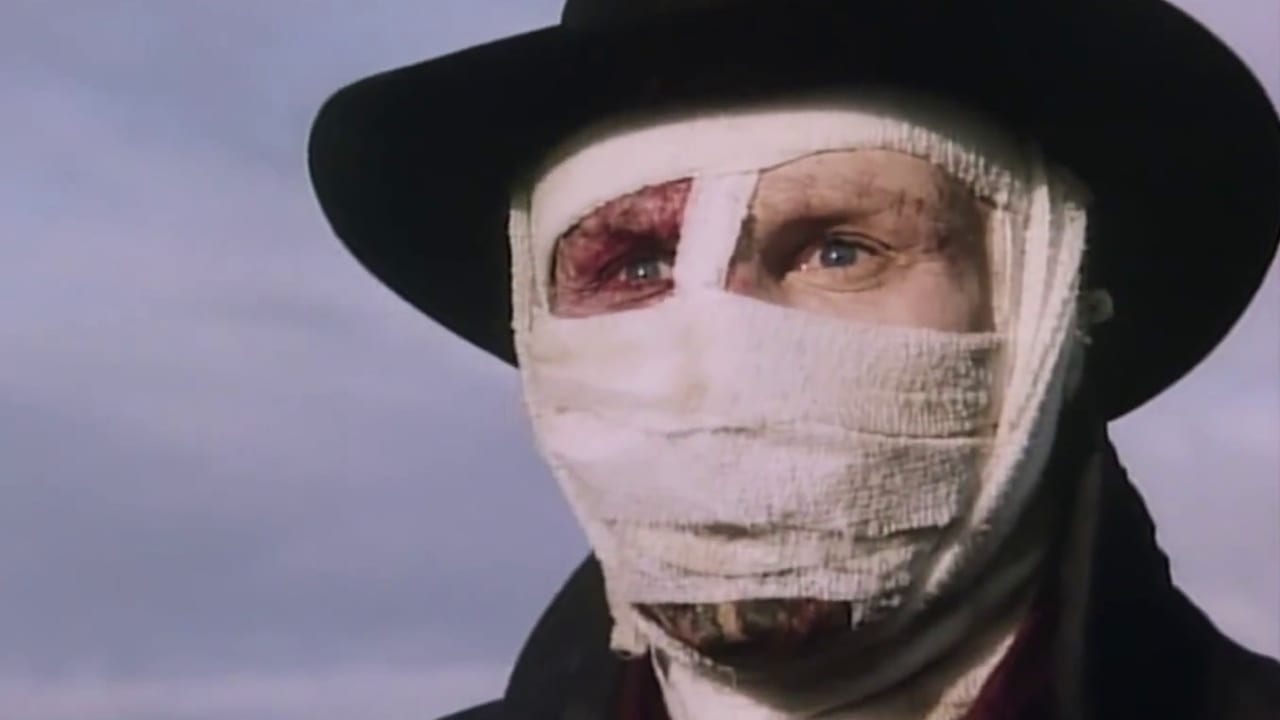 That being said, it’s hard to deny that Darkman was better for it. From Sam Raimi’s direction to Danny Elfman’s score and everything in between, this film does a remarkable job of transporting the viewer to a whole different reality where everyone’s tongues are firmly in cheek. Whenever I put on this movie or any of its sequels (one of which featured the return of Larry Drake), it’s always a joy. While there was an attempt to take the property to T.V., I’m OK with the franchise staying dormant for the foreseeable future. Magic like Darkman can’t be replicated very easily and runs the risk of ruining what these films were: an old-fashioned, four-panel camp fest brought to life, proving once and for all that the only source material you need is imagination.

That movie is a wonderful film. I saw Darkman in the theaters with my dad the summer it came out. That was pretty damn cool.

Have you seen The Last Starfighter lately?