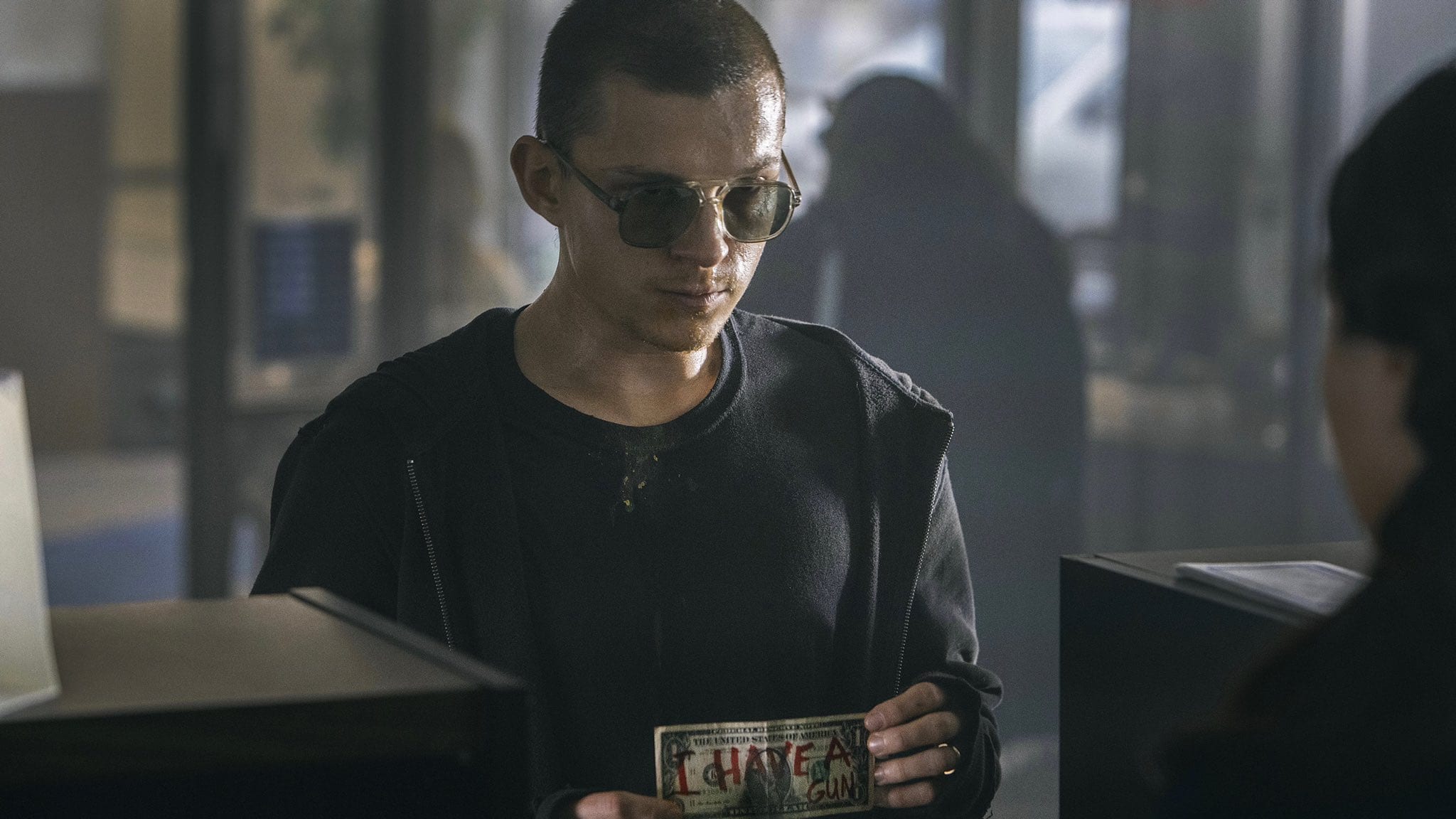 Wonder Woman 1984 may have started a trend. In a tweet from the AGBO production company account, the Russo Brothers have announced that Cherry, their next film, will be released in theaters on February 24, 2021, and hit AppleTV just two weeks later, on March 12. The tweet also revealed four images from the movie, which stars Tom Holland as Nico Walker, an Army veteran who turns to bank robbery to pay off debts incurred through drug addiction. Based on Walker’s semi-autobiographical novel of the same name, Cherry is the first film the Russo Brothers have directed since Avengers: Endgame, and co-stars Ciara Bravo, Bill Skarsgård, and Jack Reynor. 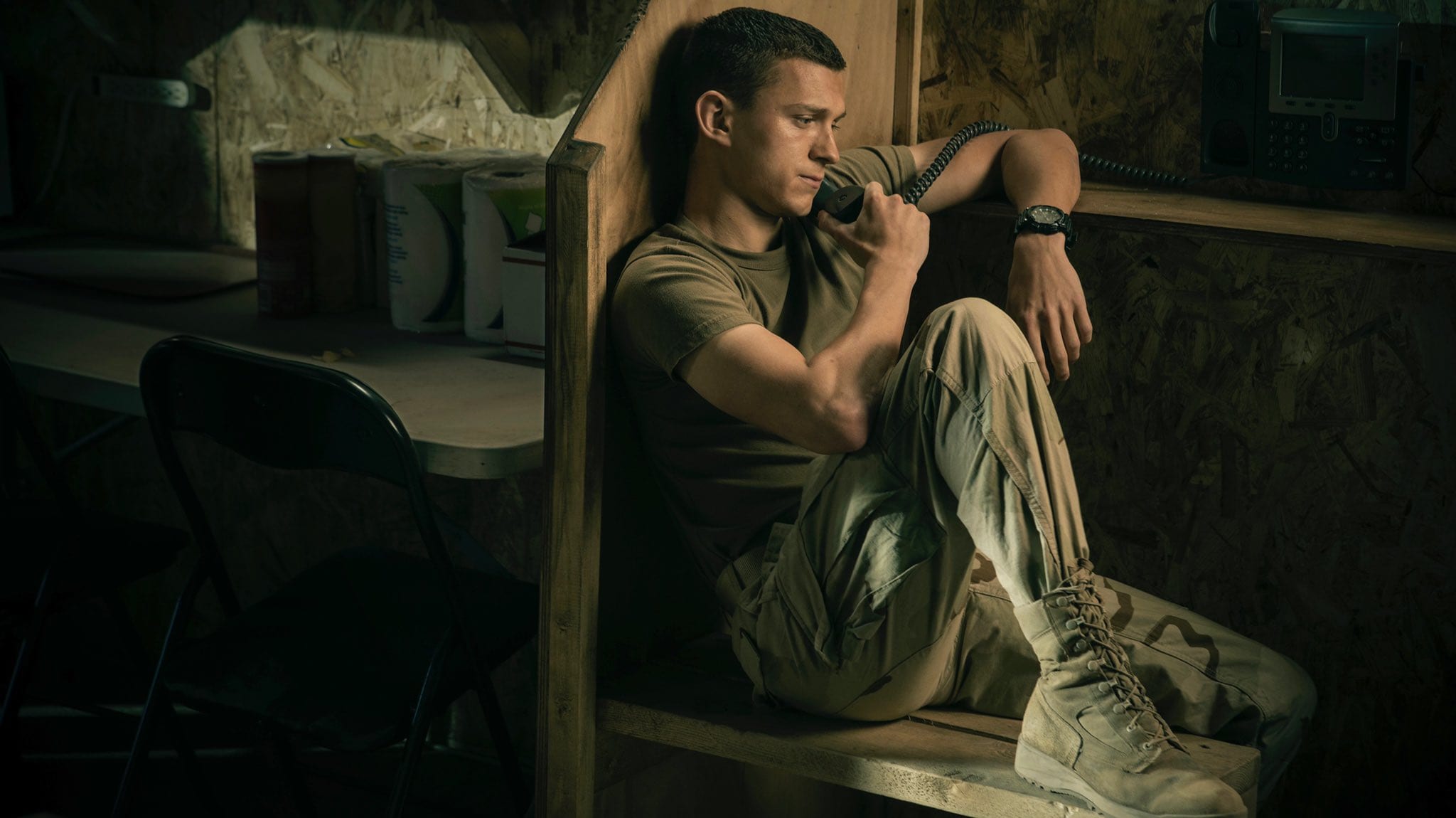 It’s still early to call a moratorium on movie theaters, but Cherry’s rollout is certainly evidence that Wonder Woman 1984 won’t be an outlier. It isn’t landing on a streaming service on the very same day as its theatrical release like the DECU would’ve-been-a-tentpole is, but two weeks separating the premieres is barely a window; it’s an ajar door. It’s safe to assume that other movies will be following suit at least in the next few months, either making themselves available at home and in theaters simultaneously or exponentially shortening the distance. It’s a toss-up as to whether the practice will continue after the lockdowns end (although it’s a toss-up if the lockdowns ever end too), but I still think it will eventually go back to something resembling normal.  The window may get shorter – it’s already shorter than it used to be – but I don’t think theatrical runs will be sacrificed because that’s where the real money is. John Nolte at Breitbart suggests that Warner Bros. will switch to streaming from now on, using their big movies to play a long game that garners them more viewers and potentially billions in subscription fees. That’s likely true for Wonder Woman 1984, at least in part, but it doesn’t make sense beyond a few movies because, at a certain point, everyone who’s interested will be subscribed. How are you going to pay for these movies after that? The Critical Drinker points out what I’ve been saying about this: when movies – especially big blockbusters like superhero movies – sit on the shelf, they lose money as they accrue interest on the debts and loans the studio took out to finance them. When all of your potential customers are already subscribed to your service, there isn’t much new money you can generate. In the immediate, totalitarian future, this is probably the best they can do, but I suspect they’ll want to get out of this box as soon as they can. Cherry makes me think of another problem with this business model – not everyone can or will subscribe to every streaming service. I don’t subscribe to AppleTV, for example, and since I live in one of the most draconian states in the country, I don’t see local movie theaters opening in February, so it could be a long time before I can watch this film, and I doubt I’m alone. That’s another hurdle they’ll have to overcome if they want to forgo movie theaters entirely. I know a lot of people are worried (including Patty Jenkins), but I think movie theaters won’t be gone completely; even if they don’t want to admit it, Hollywood needs them almost as much as they need Hollywood.

What do you think of Cherry’s release plan? Do you subscribe to AppleTV? Is the movie theater going the way of the dodo? Let us know in the comments and stick around Geeks + Gamers for more movie news!