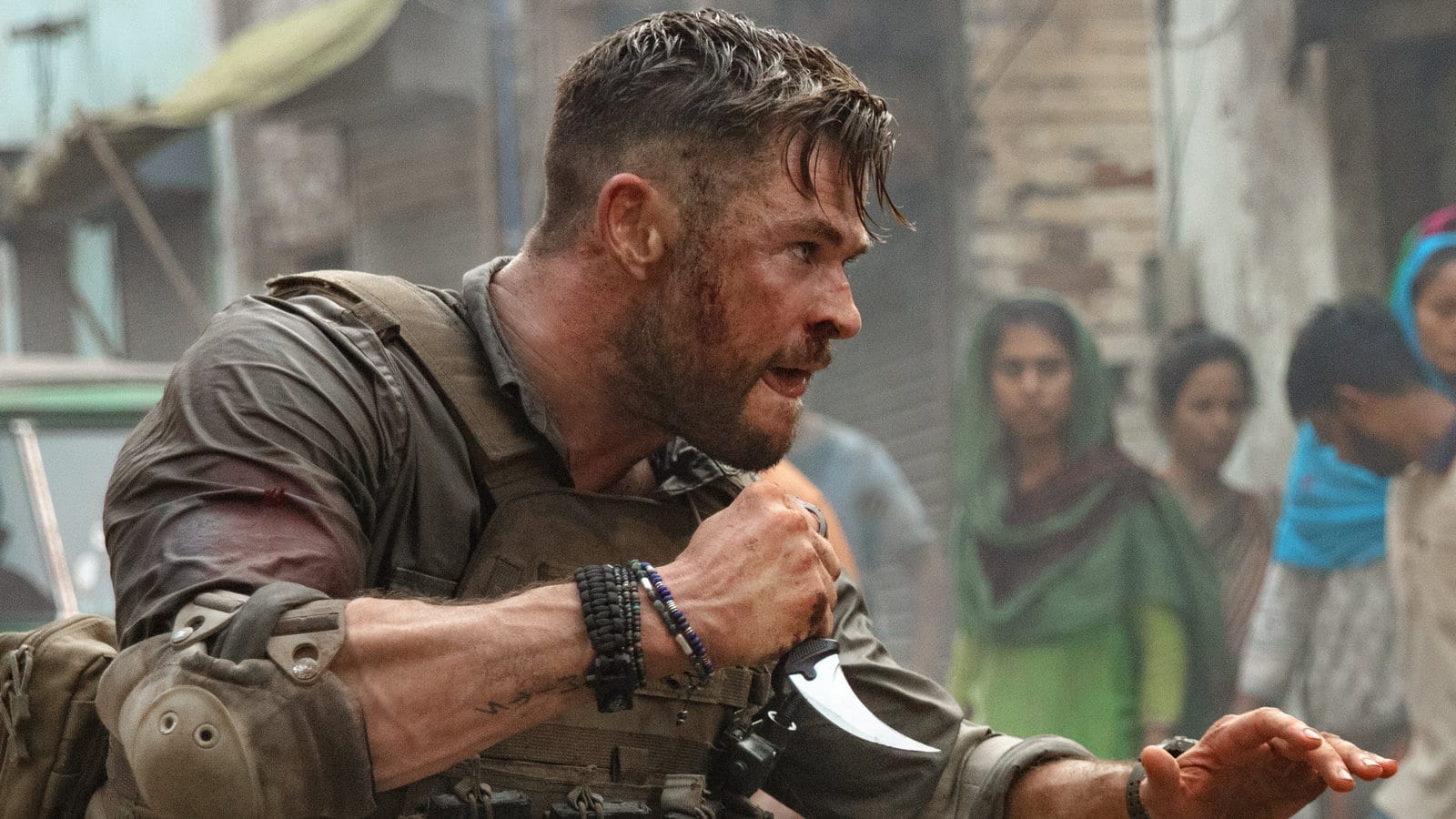 Chris Hemsworth hasn’t been extracted just yet. In accepting his E! People’s Choice Award for Action Movie Star of the Year via Instagram, Hemsworth assured fans that there will be a “sequel coming soon” to Extraction, the Netflix action film produced by Joe and Anthony Russo in which he starred.  Released on the streaming service in April, Extraction featured the erstwhile God of Thunder as Tyler Rake, a mercenary hired to rescue the son of an Indian drug lord who’d been kidnapped by a rival outfit. Extraction was a big hit for Netflix, its most-watched premiere to date with 90 million viewers checking it out it in its first month. It wasn’t long before talk of a sequel began, and the next month saw reports of Joe Russo signing on to write a script for another installment, with Hemsworth and director Sam Hargrave expected to return. Hemsworth’s comments are the first confirmation since then that another movie is happening, and the first that he will star in it.

Different outlets are speculating about whether this will be a sequel or a prequel to Extraction, which is a fair question, but Hemsworth explicitly calls it a sequel, so unless he misspoke, I think we can safely assume the developing film will be about the further adventures of Tyler Rake rather than his previous ones. I hope that’s true; I loved Extraction until the last ten minutes, which not only end an exciting movie on a bummer endnote and treat the villain like an afterthought but derail Rake’s character arc. With a sequel, there is a chance to correct it at least a little bit, but a prequel would leave that whimper as the last word on who was up till then a compelling action hero. Rake is a melding of the two prototype action characters; he does some just-south-of-superhuman things like an Arnold or Seagal type, but he’s also vulnerable like Willis or Van Damme, and the amalgam works well. I want to see what he’ll do next and where else Hemsworth can take him, but I don’t want some useless background that retreads what we already know of him. But, maybe even more than that, I can’t wait to see him kill some more bad guys.

Are you looking forward to another Extraction movie? Do you want a sequel or a prequel? In what country can they set this one to piss off as many wokesters as the first one did? Let us know in the comments, and stay tuned to Geeks + Gamers for more movie news!