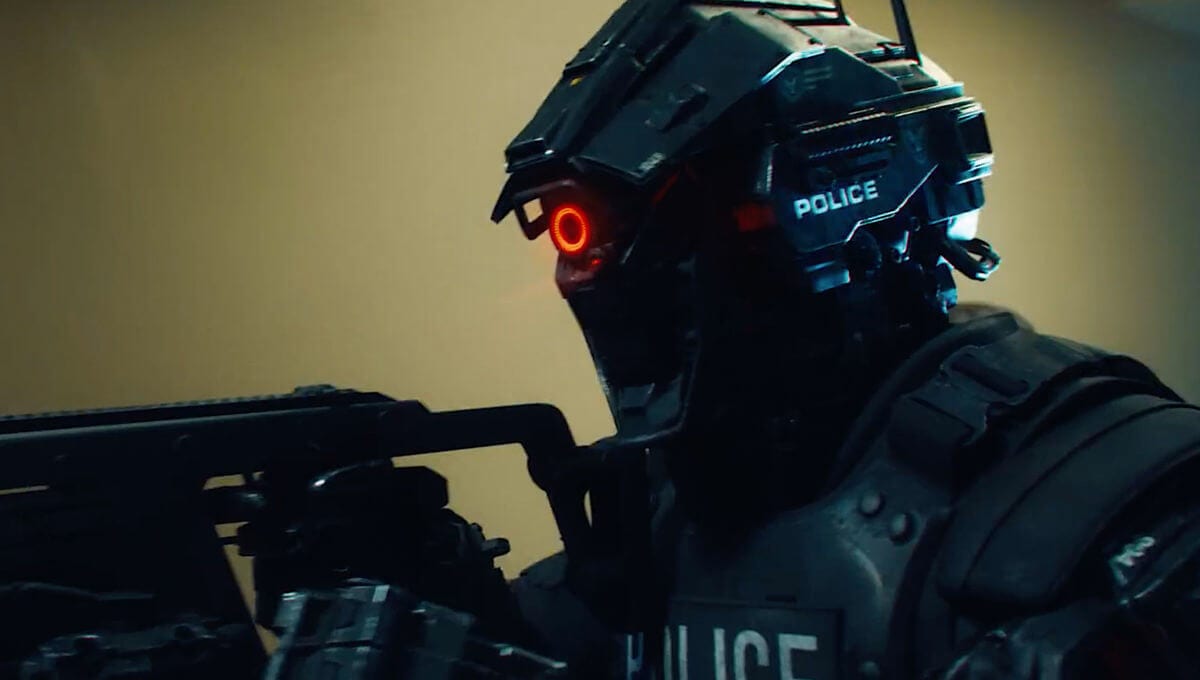 It looks like Stephen Amell is about to find a whole new superpower as the trailer for the long-awaited sci-fi film Code 8 has debuted online. Stephen and Robbie Amell produced the Jeff Chan-directed film from a script by Chris Pare. The Code 8 trailer opens on Robbie Amell’s character, Connor Reed, looking at overdue bills and holding his mother’s hand as a voiceover asks what you want out of life and how you need to take it. From there, we get shots of Stephen Amell’s Garret as he tells someone his plan to go against the Trust, something that he is advised against with a hushed whisper. After a cool shot of Robbie Amell in a hood with electricity emanating from his hands, we get a shot of Sung Kang’’s Agent Park as a voice not too dissimilar from the drones in the original short says there is a “code 8.” The trailer culminates in Garrett pointing a gun at someone as the date of the official wide release appears on the screen.

This is a project I’ve been following for a long time, and I was pleased to see the Amells creating something of their own from the ground up. The Code 8 trailer is everything I could have hoped for, and gives the audience a great sense of what to expect from these characters and this story. In just this small teaser, the axiom “show, don’t tell” permeates the piece and further demonstrates what creatives can do when they come together with a unified vision. My only nitpick is that I wish we got to see more from Sung Kang’s role, but I’m sure there’ll be plenty from the Fast and Furious alum when the film debuts on December 13th.

Does this Code 8 trailer excite you, or do you think Stephen and Robbie Amell should stick to the Arrowverse for all of their superhero inclinations? Do you think this movie can start a new franchise? Let us know in the comments and stay tuned to Geeks + Gamers for more superhero movie news!