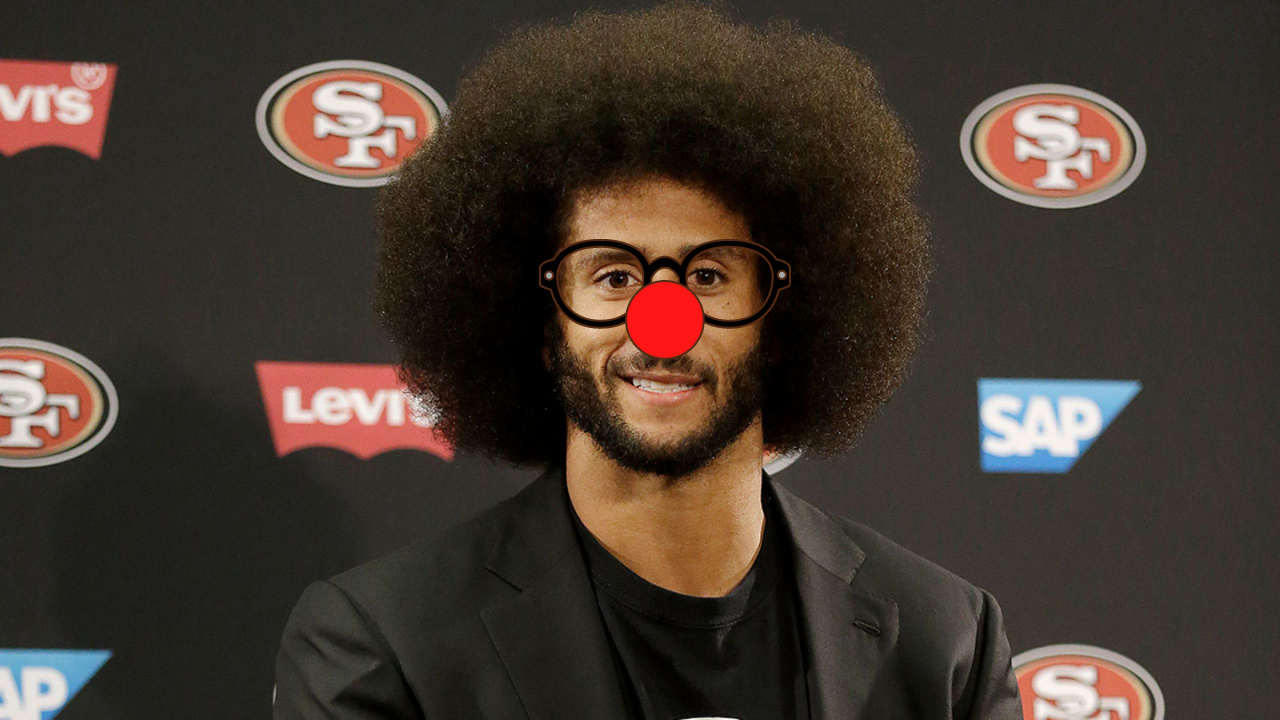 Colin Kaepernick is either the dumbest or the savviest man in the business; at this point, it must be the latter more than it is the former. No one in their right mind could honestly make a comparison this absurd without knowing the backlash would be so severe.

In a clip from the Netflix series he worked very hard to earn, Colin in Black & White – narrated by Kaepernick because he has nothing better to do – the former San Francisco backup quarterback discusses the NFL Draft combine and how NFL prospects are being “poked, prodded, and examined” for defects. The players, after their examination, leave the NFL field and are whisked away to a mid-1800s slave auction where white landowners examine slaves for purchase. It’s a piece of pure, unadulterated rage-bait.

From there, Kaepernick says this is how “they” establish a “power dynamic.” The scene closes with the NFL coach and slave auctioneer shaking hands against the backdrop of bonded slaves, in an attempt to establish that the NFL Draft, a wholly voluntary matter where years of hard work and dedication to a craft is willingly put on display for the opportunity to create an immense amount of wealth for oneself, is tantamount to the process of chattel slavery. That is gold-medal-winning mental gymnastics, only the type of stuff you could come up with when you are sitting at home, collecting unearned millions from various endorsement deals and not working all that hard. Impressive work if you can get it.

Some genius responses to this asinine clip are that “White football players don’t exist in this narrative.”

And “I don’t think slaves got paid millions and could quit but okay.”

Finally, “So what he’s saying is that, by refusing to sign him, NFL teams were actually setting him free?”

So what he’s saying is that, by refusing to sign him, NFL teams were actually setting him free?

Kaepernick might not be able to play the game anymore, but he sure does know how to play THE game.