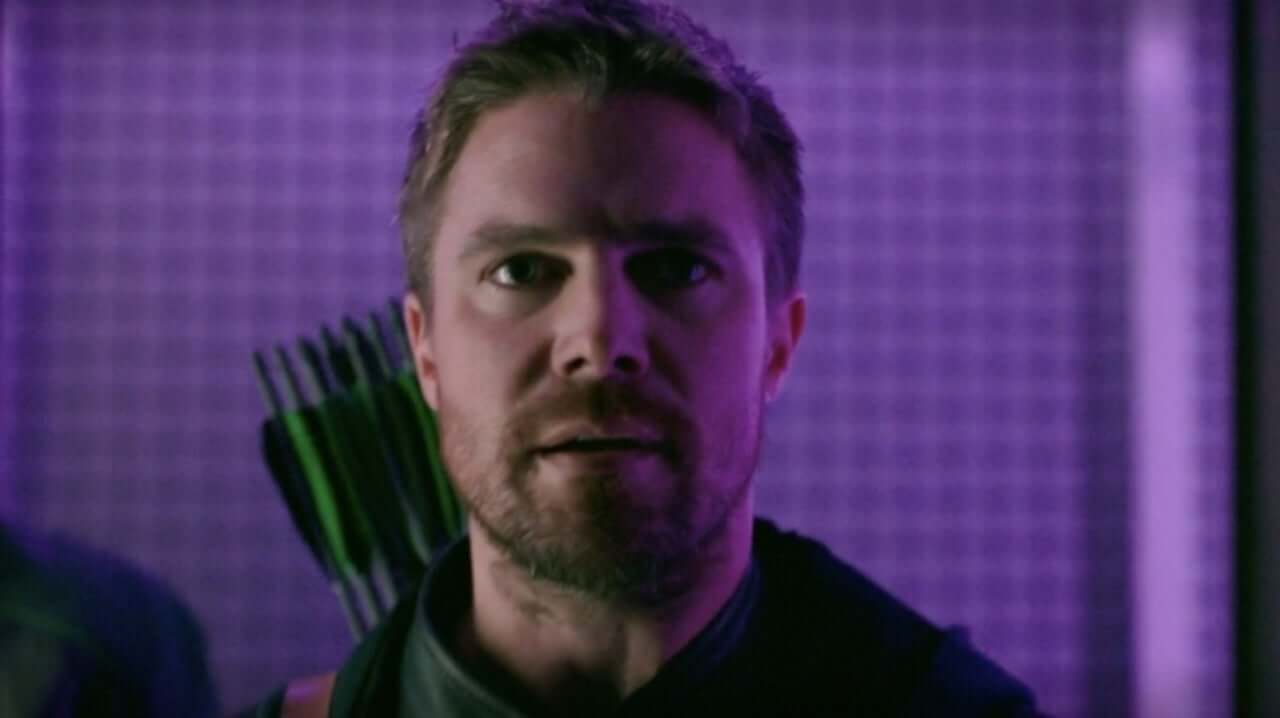 The CW aimed for the bullseye as they unveiled an Arrow season 8 trailer at Comic-Con; whether they hit it is open to debate. Season 8 will be the final season for the show that started the Arrowverse, a TV superhero franchise based on DC Comics characters that now includes The Flash, Supergirl, Legends of Tomorrow, and, soon, Batwoman. (Black Lightning exists outside the Arrowverse.) After a truncated 10-episode run, season 8 will culminate in the highly-anticipated “Crisis on Infinite Earths” crossover storyline, and that will presumably be the last we see of Stephen Amell’s Oliver Queen, at least for a while. Check out the Arrow season 8 trailer below:

That was underwhelming. The Arrow season 8 trailer is mostly a bunch of clips from the previous seasons, and a quick fifteen seconds of shots from what’s to come. There are some neat surprises; Tommy Merlyn is back, as is Adrian Chase (which is nice, as I’d like to see him get a more satisfying comeuppance than he did in season 5). It looks like the future timeline isn’t going away, which irks a bit. There are only ten episodes left; is it too much to ask that they focus on Oliver and not his successors? I like Mia well enough, but I don’t want her and her resistance crew taking time away from the Green Arrow. Diggle and Rene are around, which will at least give Oliver someone to talk to – other than the Monitor. Even after seeing the Arrow season 8 trailer, I really don’t know what to expect from the new season; I can’t see them making ten episodes about Oliver training to fight the Anti-Monitor (how Oliver would even begin to fight him I have no idea). It’s going to be sad saying goodbye to Arrow, though. It has as many ups as it does downs in the later years, but whatever happens to the show, I love Stephen Amell as this character. He feels like the anchor of the Arrowverse, and it’s going to lose a big piece of what makes it special when he goes. I like, for example, how all of these crossovers end with Oliver and Barry Allen; their friendship is at the center of the larger story, and I don’t know if it will survive losing that. It doesn’t help that, outside of The Flash (which remains my favorite), the rest of the shows have become unwatchable, and Batwoman looks like it’ll be even worse. Once Grant Gustin decides to hang up his lightning bolts, I’ll deal myself out of this corner of the superhero market without thinking twice. For the time being, though, let’s hope Arrow and its star go out on a high note.

What did you think of the Arrow season 8 trailer? Are you sad to see the show end? Will Batwoman be enough to fill the void? Let us know in the comments and stay tuned to Geeks + Gamers for more from Comic-Con!