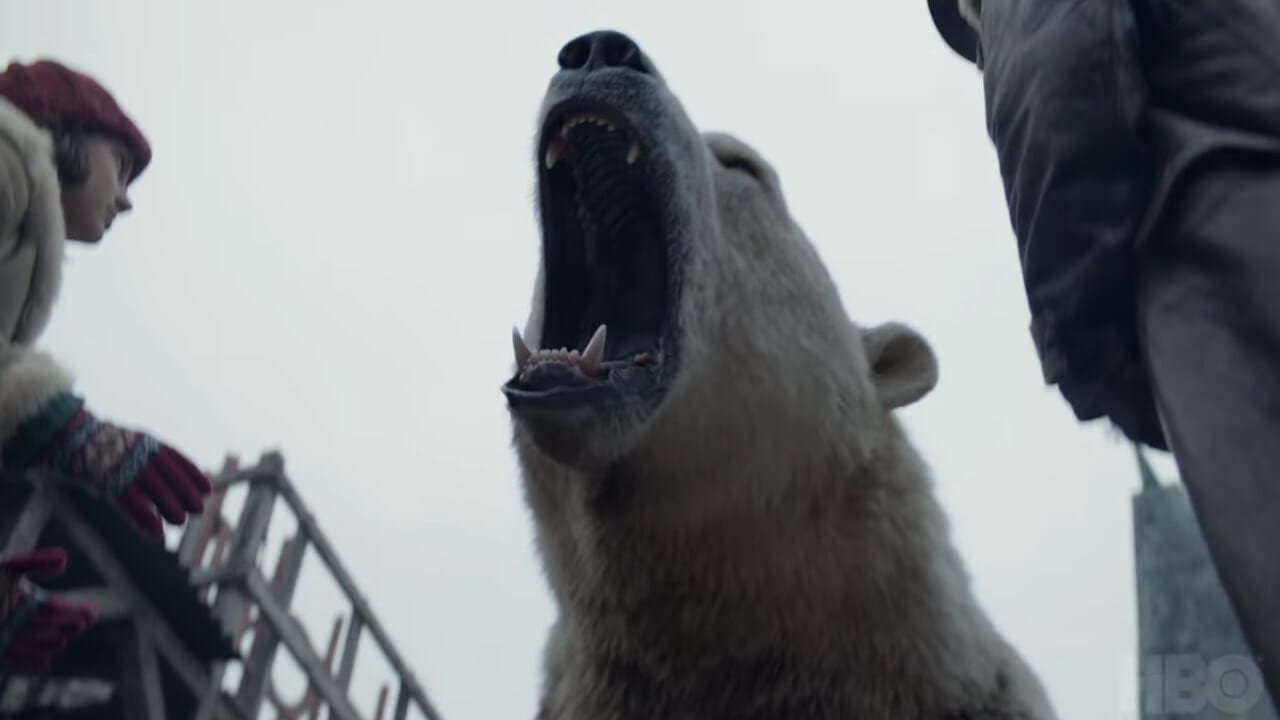 Daemons are on their way back to the screen as the first full trailer for HBO and BBC’s fantasy show His Dark Materials (based on the series of books by Philip Pullman) has hit the web courtesy of Comic-Con this weekend. Check out the His Dark Materials trailer below:

The His Dark Materials trailer opens with a rousing call to action regarding war in the Magisterium by Lord Asriel (played by the always welcome James McAvoy) that seemingly falls on deaf ears. Lyra (Logan’s Dafne Keen) tries to convince her uncle not to leave her for his next expedition. Much like the previous adaptation, he will have none of it, so she meets rich socialite Mrs. Coulter (played by Ruth Wilson), who hires Lyra to be her assistant. Wilson has made a career of playing sinister characters, particularly when you consider her work on Luther, and that is definitely on display here. Much to Coulter’s chagrin, Lyra escapes. Things quickly escalate from there, and the His Dark Materials trailer culminates in the arrival of Lin Manuel Miranda’s Scoresby and the mention of an armored bear. For those unfamiliar with the book and the original film, the trailer does a good job of investing us in Lyra’s arc in very subtle ways, without giving anything away from this well-trod source material. After her tour de force performance in Hugh Jackman’s Wolverine finale, I was very curious to see what Keen would do with this iconic literary heroine. Needless to say, the pressure was on, especially as this show is being billed as HBO’s next Game of Thrones. Judging by all the footage we’ve seen so far, it appears that she is up to the challenge of carrying a big budget TV show on her shoulders. I can’t wait to see more of His Dark Materials when it premiers on HBO this fall.

Are you excited for HBO’s next big genre swing or are you just waiting for the upcoming Game of Thrones prequel? Let us know in the comments and stay tuned to Geeks + Gamers for more Comic-Con news!