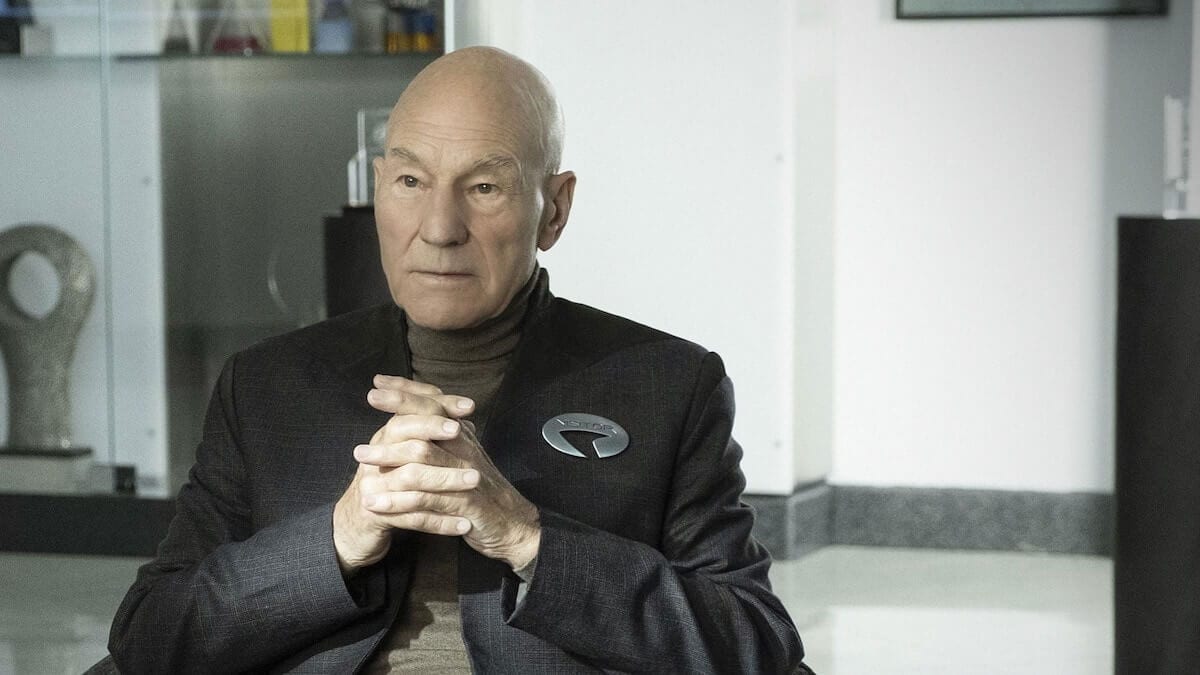 CBS made it so at Comic-Con today when they released the full trailer for the latest series in the long-running science-fiction franchise, Star Trek: Picard. The plot of the new show has been a mystery (and the teaser, which took place in a vineyard, didn’t exactly get people’s hearts pumping), but the new Star Trek: Picard trailer gives a better idea of what to expect; a girl with some special abilities seeks a retired Jean-Luc Picard’s help, and he must go back into action with a new crew to protect her. Patrick Stewart is once again engaging as Picard, and he’s joined by newcomers like Michelle Hurd, Allison Pill, and Santiago Cabrera. The new series will be available to stream on CBS All-Access in early 2020. Check out the Star Trek: Picard trailer below:

It looks good to me. The Star Trek: Picard trailer sets the stage for an exciting show, with an older Picard getting to make up for some of his regrets, like losing Data in Star Trek: Nemesis. Evidently, Data will be back, too, something which will, I imagine, give the special effects crew a workout – we can now seamlessly get rid of Brent Spiner’s accrued wrinkles (hopefully the finished product does this better than the trailer). Another surprising familiar face is Jeri Ryan as Seven of Nine. My dad used to love Star Trek: Voyager, and when she was around, I watched with him. She doesn’t quite seem like Seven, but maybe she’s evolved to be more human-like over the years (unless that happened somewhere else and I just don’t know about it). The trailer doesn’t give much insight into his new crew, aside from their being much younger than Picard; that setup is ripe for conflict, which I imagine the show will explore. Having the girl in his charge be a warrior is a good way to sidestep Stewart’s age; the focus can be on Picard’s mind while she takes care of the action, which fits with Picard’s character anyway. There’s a Borg Cube, a Romulan, what I assume is a Vulcan, and lots of other Trek imagery. If I were inclined to subscribe to CBS All-Access, I’d probably give it a try.

What did you think of the Star Trek: Picard trailer? Are you planning to watch the series? Would you rather it took place entirely on the vineyard? Let us know in the comments and stick around Geeks + Gamers for more from Comic-Con!

Honestly some aspects look a little amature. Like fan-made, the make up of the Romulans, vulcans. Just looks like a ten minute spoof on SNL, using actors from the franchise.

The Rest of it looks good. Other than Data’s eyes, they were better in the TNG Movies. Even though that’s not Data, but B4 still looked the same as Data, just a little dumber.
LOL

Data does look off to me. I assume the effects are unfinished and he’ll look better once the show releases.