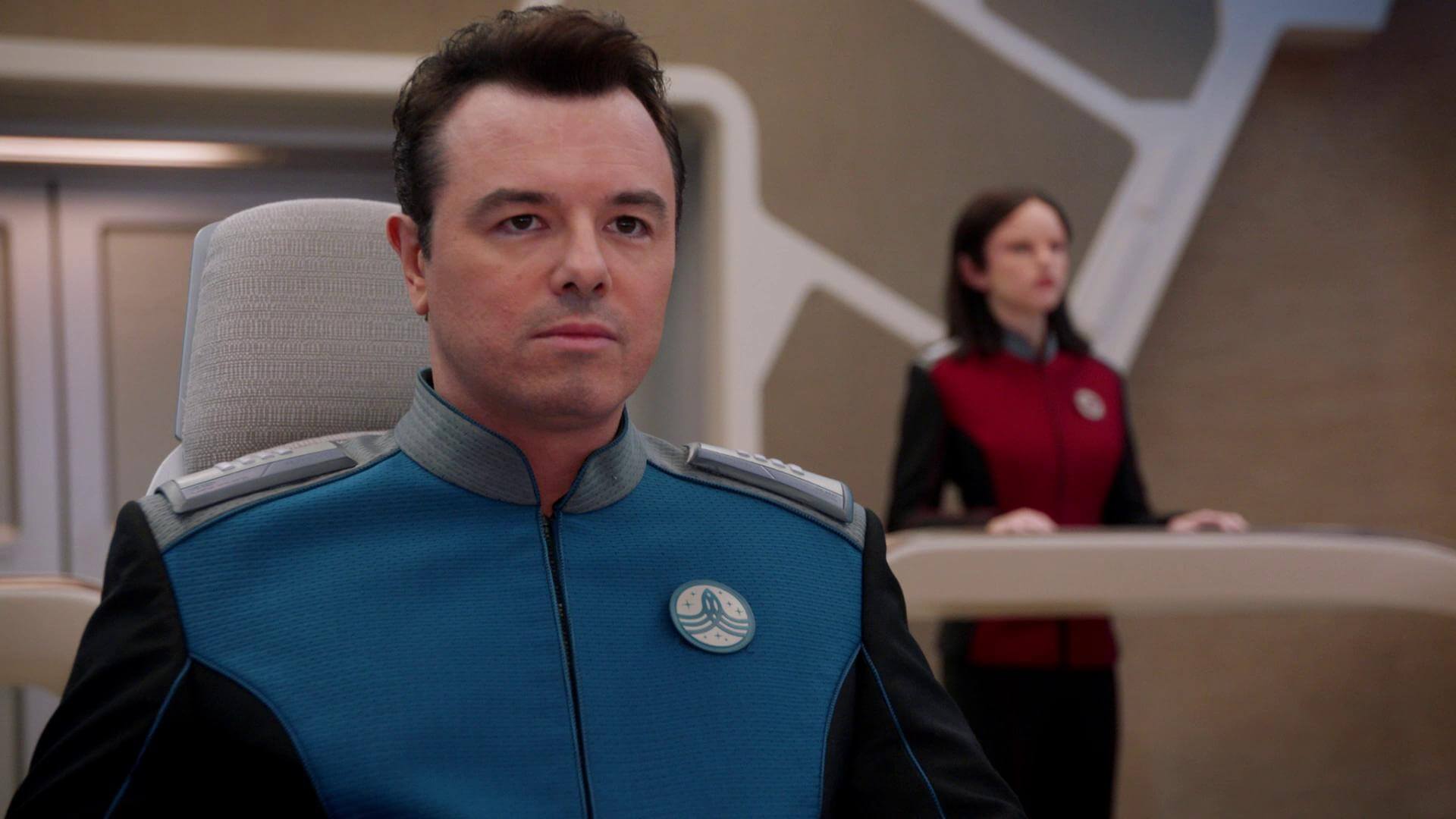 Fans of The Orville were treated to a surprise at Comic-Con, as series creator, executive producer, and star Seth MacFarlane announced that the sci-fi show would move from the Fox network to streaming service Hulu for its third season. MacFarlane cited the show becoming “more ambitious production-wise” as the reason for the move, as he “would not be able to deliver episodes until 2020.” The Orville started as an homage/parody of Star Trek but evolved in its second season into an entity all its own; while the Trek influence is still present, MacFarlane’s series has moved out of its inspiration’s shadow. This move is possible because of the Disney-Fox merger; that business deal puts Fox and Hulu under the same corporate umbrella, allowing for a transition like this. The Orville’s third season will premiere exclusively on Hulu in the fall of 2020; till then, you can catch up on the first two seasons, or revisit them to your heart’s content.

I’m perfectly happy with this move. I always watched The Orville on Hulu, so the accessibility doesn’t affect me. Waiting over a year to see Ed and his crew again will be a bummer, but if that’s what it takes to keep the quality of the show intact, it’s a pill well worth swallowing. MacFarlane’s mention of more ambitious production makes me hopeful that The Orville will deliver more episodes like the incredible “Identity” part 1 and part 2, with epic storylines and high-stakes space battles. It could also mean more opportunities for big-name guest stars, something which the show has featured since its early days. MacFarlane also mentioned the possibility of longer episodes, unbeholden to the constraints of network television standards. But at its heart will undoubtedly remain the characters and the thought-provoking themes that keep us coming back to the bridge each week.

Are you glad The Orville is moving to Hulu? Will you miss being able to watch it on network television? Is the opportunity to pause it while breaking for Ja’loja enticement enough? Let us know in the comments and stay tuned to Geeks + Gamers for more TV news!

Should’ve gone to great Amazon Prime Video via Amazon Studios saving it from Evil & Half Blind Mickey a.k.a Disney.. Hope won’t be final season like some have stated in FB’s comments.. Mickey owns both FOX & Hulu so it’s not cause of production costs, but about something else. The Orville was having good Average Ratings through S02 & in par with many good series there <3 I've shared good well deserved word about this amazing series since Pilot ep. aired. #TheOrvilleRenewed <– Using this & 1x more Hashtag on twitter to get chance for Trending & visibility :)

Hope people Remember to Support Amazon Prime Video at http://www.primevideo.com cause they have great 'The Boys' S01 Inc. July 26th & was already renewed for S02 <3 Not sure if Alex Gherzo or someone at G&G have made article about 'The Boys' Panel from SDCC this year. Gonna browse the site to find out :) Skip the trial period & go to normal Sub. 'Carnival Row' series comes later in August & hope soon we get more info about Lord of the Rings Series :)

Wish that Amazon Studios would save Stunner 'Swamp Thing' for S02 & Forward cause it 110% deserves it <3 Prev. ep. S01E08 was supah good. Thanks for a nice writing Alex Gherzo o/ Hope you & other bloggers at G&G have good August & enjoy 'The Boys' series.

I’m very much looking forward to The Boys. I read the first two or three arcs in the comics and quite liked them.