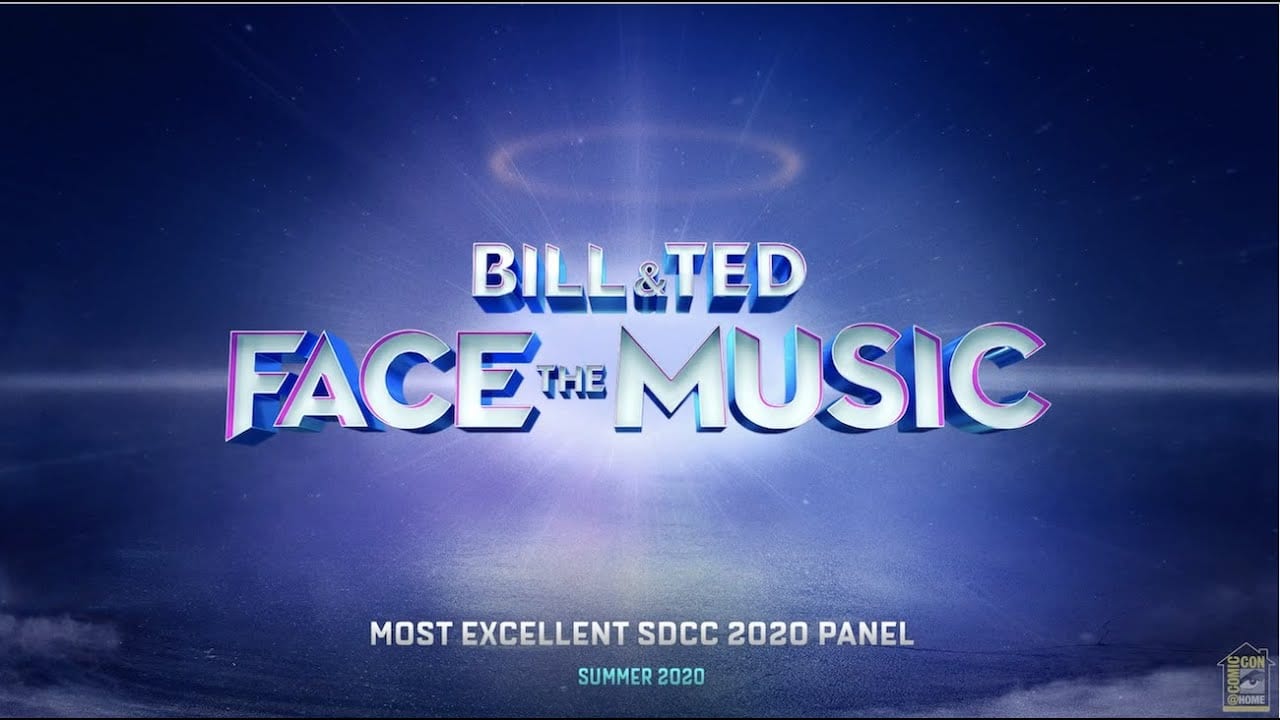 Comic-Con@Home viewers got to hang out with the Wyld Stallyns at the Bill & Ted Face the Music panel. Kevin Smith moderated the chat with lead actors Keanu Reeves and Alex Winter; Samara Weaving and Brigette Lundy-Paine, who play their daughters; William Sadler, who reprises his performance as Death from Bill & Ted’s Bogus Journey; director Dean Parisot, who also directed the great Galaxy Quest; and Ed Solomon and Chris Matheson, who created the characters and wrote all three Bill & Ted movies. The group talked about how the new film came to be, as well as the creation of Bill and Ted as characters, the audition process Reeves and Winter endured to land the roles way back when, and some fun stories from the set.

There aren’t a whole lot of revelations during the Bill & Ted Face the Music panel; just a fun time hanging out with some cool people. I think I share my favorite moment with Kevin Smith, when Chris Matheson revealed that his father is horror icon Richard Matheson, writer of novels I Am Legend and The Shrinking Man, as well as many short stories, some of which were adapted as episodes of The Twilight Zone and The Outer Limits; I guess this explains some of the horror imagery in Bogus Journey. (Note to self: see if there’s any relation to Tim Matheson; prepare for blown mind.) Speaking of lineage, it turns out Samara Weaving is the niece of Hugo Weaving; this may be more common knowledge, based on everyone’s lack of a reaction in the Bill & Ted Face the Music panel, but I’d never heard of her before, so I thought it was neat. I liked hearing about how Matheson and Solomon came up with Bill and Ted, and how they originally imagined them as starring in one of several vignettes that would make up a movie. It must be gratifying for them to see them star in a film so many years later, and to see the clear passion of the actors who portray them. It also pleases me how insistent the main players were that each new movie is a story worthy of bringing Bill and Ted back. Otherwise, it’s mostly the usual Comic-Con fluff piece, but it’s an enjoyable watch if you have the better part of an hour to kill.

Did you watch the Bill & Ted Face the Music panel? What was your favorite tidbit? Can this movie somehow lead to a resurgence in William Sadler’s career? Let us know in the comments and stick around Geeks + Gamers for more movie talk!