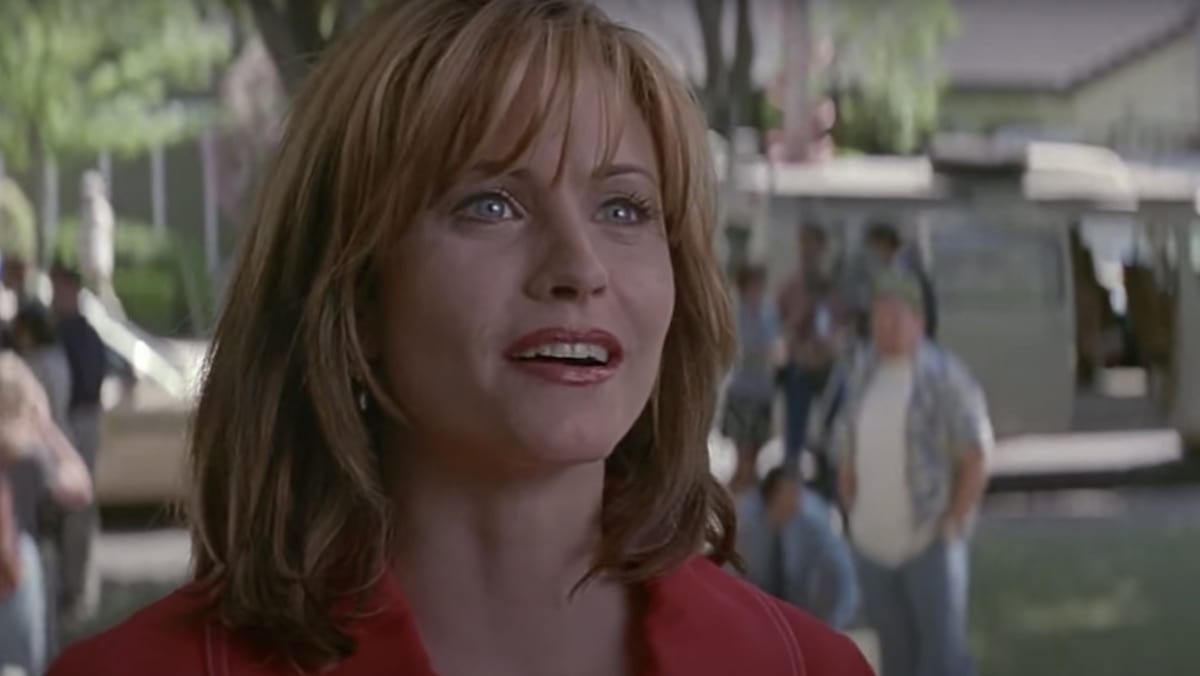 Ghostface’s next killing spree is coming together nicely. Deadline exclusively reports that Courteney Cox will be returning for Scream 5, or whatever they end up calling the next one. Cox portrays intrepid reporter Gale Weathers in the slasher series and is one of the three main characters, who’ve been in all four films. Scream 5 is coming from current rights holders Spyglass Entertainment Group and Paramount Pictures, and will be directed by Matt Bettinelli-Olpin and Tyler Gillett, the duo behind Ready or Not, which I’m told is good. Original writer and creator Kevin Williamson is an executive producer, but the film will be written by James Vanderbilt (who wrote The Amazing Spider-Man; time to start worrying) and Guy Busick (who wrote Ready or Not). Courteney Cox expressed her excitement to her fans on Instagram:

I’m glad Courteney Cox is confirmed; she’s been with the series since the beginning, and she’s excellent as Gale. She’s a character that’s easy to hate, especially in the beginning, but she’s humanized and given some redemption for her selfish actions early in the story. Courteney Cox plays her perfectly, and you can see that her arrogance hides someone more human than she’d ever let on in public. (And, to be fair, she was right about Cotton Weary.) The directors saying that she’s definitely playing Gale also puts to rest those reboot rumors, and thank God for that; I don’t want the original gangsters showing up as the new kids’ parents or something equally stupid. The triumvirate is almost all set to return, as David Arquette (Cox’s ex-husband, whom she met on the set of the first film) is also on board as Deputy Dewey Riley, the dopey lawman – who is now an ex-lawman, if I recall correctly. And while Neve Campbell has yet to be confirmed as Sidney Prescott, I think it’s a safe bet she’ll be back. I like Gale and Dewey, but Sidney is the most important, and I imagine they know that. I’m going to temper my expectations, but my fingers are crossed that they’re able to make something great.

Are you glad that Courteney Cox is returning for Scream 5? Would you prefer they leave well enough alone with this series? How relentlessly do you think Jamie Kennedy is campaigning to show up in another lost Randy video? Let us know in the comments and stick around Geeks + Gamers for more movie news!