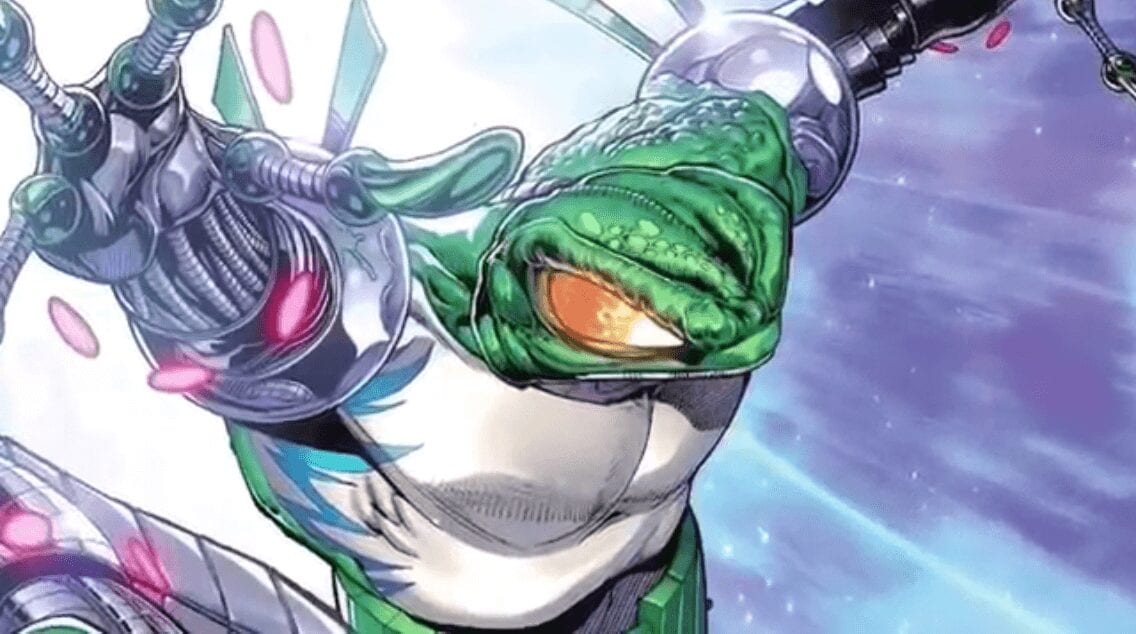 Followers of the ComicsGate movement online should be no strangers to the name Ethan Van Sciver, as he and several other talents have been making waves online over the last few months with the rapid ascent of their indie, crowd-funded comic book projects on the Indiegogo platform. Last night wrapped up Ethan Van Sciver’s fan-backed campaign, Cyberfrog: Bloodhoney, and saw the cybernetic amphibian leap to record heights as the book’s funding jumped over $38,000 in its final 24 hours of funding – pushing it well beyond $500,000. Van Sciver is a quarter-century veteran of the comic book industry (as he will certainly tell you), who has worked on a number of big-name books for both Marvel and DC Comics, including New X-Men, both Green Lantern: Rebirth and The Flash : Rebirth by Geoff Johns, and most recently working on Hal Jordan and the Green Lanterns for DC’s Rebirth continuity, among numerous other works. In 2017 he also illustrated psychologist Jordan Peterson’s book, 12 Rules for Life: An Antidote to Chaos.

His first foray into the indie comic book scene has been a resounding success and will no doubt make waves in the industry, and we’ve already seen other comic book writers and artists begin to think outside of their comfortable four walls and start crowd-funded projects of their own: Jawbreakers, Iron Sights, Lonestar, Flying Sparks, Red Rooster and more have all begun to receive more and more traction since the booming success of Cyberfrog: Bloodhoney, generating widespread awareness of these crowd-funded comic books. For those who do not know of Ethan Van Sciver’s earliest work before landing at “the big two,” Bloodhoney is a sequel to the artist’s book, Cyberfrog, and deals with the titular protagonist waking up after years of sleep into a world overrun by malevolent alien hornets. The record-setting IndieGoGo campaign was for a 48-page part 1 of what is planned as a 4-part mini-series. The comic book community’s excitement and anticipation for the project cannot be understated ($532,000+ is more than many of even the biggest titles in comics make today), and each milestone marker for the project resulted in more fan service for the book’s backers. As of the closing of the project’s funding, backers will receive with their orders a pair of high quality trading cards featuring the book’s protagonist and his partner Salamandroid, a bookmark, and, coolest of all, every copy of Cyberfrog: Bloodhoney will come with a chromium-enhanced cover (say what you want about the 90’s, but they had some of the coolest ideas for comic books). While “Uncle Ethan,” as his fans endearingly refer to him, prepares to send this frog out for printing, we’re all going to have to sit tight in our anticipation for what promises to be a high-octane and fun read with gorgeous art by Van Sciver and colorist Kyle Ritter. Look forward to our review for Kermit’s cybernetic hornet-kicking cousin when Cyberfrog: Bloodhoney arrives!