Everything seems to keeps coming up Dave! 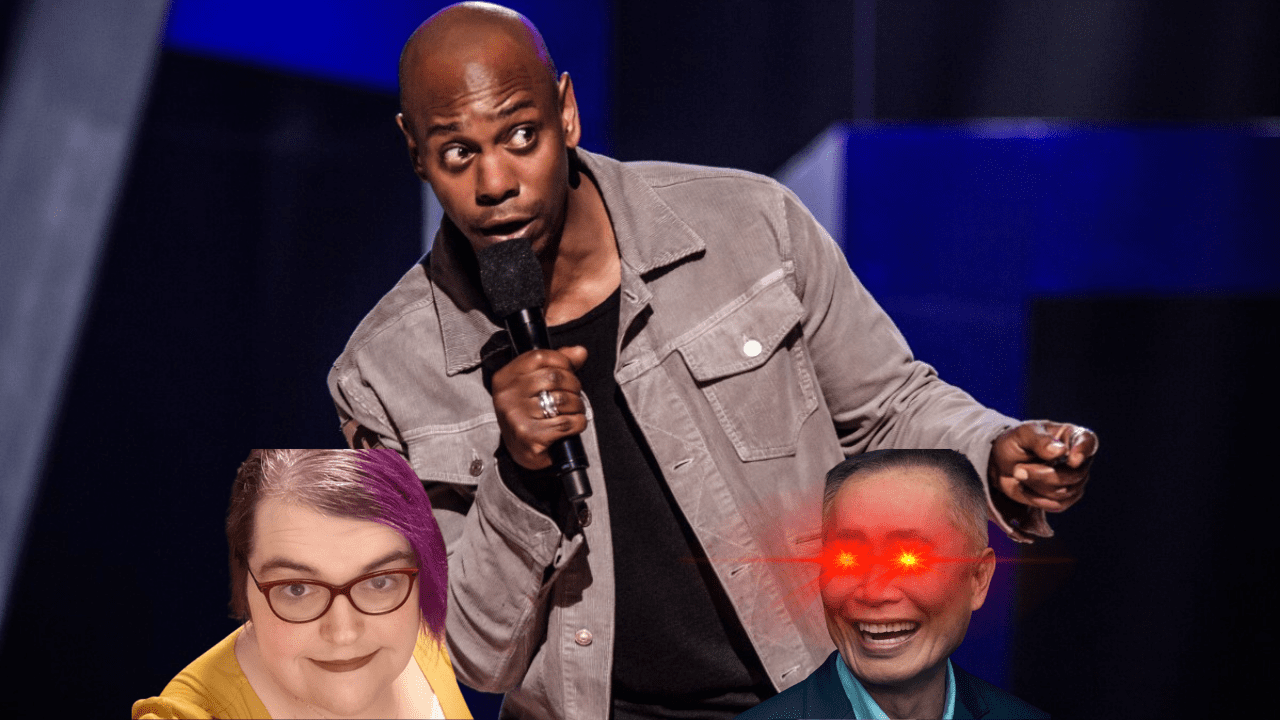 The Closer is doing big business with the fans, charting a 96% Audience Score on Rotten Tomatoes, 8.2/10 on IMDB, and 8.8 on Metacritic. The critic score of 43% should garner a certain badge of honor in and of itself. The only people who seem to be upset by it are getting dunked on as hard as Charlie Murphy was by Prince way back in the day.

Last week, it was reported that there was a “walkout” planned at Netflix to protest the “jokes” featured in The Closer. Remember, this is all over Chappelle saying that he is on “Team T.E.R.F.” and sees that boys and girls are different – obviously in more colorful language, but the point stands. An employee who “admitted that they downloaded and shared sensitive company information externally” was shown the doors at Netflix H.Q., never to return. You hate to see it.

“We understand this employee may have been motivated by disappointment and hurt with Netflix, but maintaining a culture of trust and transparency is core to our company,” a statement from the company read. The Closer, which Netflix financed to the tune of $24.1 Million, is a smash-hit. Thanks to all the ridiculous coverage, it has garnered at least 10 million views since its October 1st release date, according to the New York Post.

G.L.A.A.D. claimed that the “anti-LGBTQ content” violated Netflix’s policy to reject programs that incite hate or violence. When asked what that content was, exactly, G.L.A.A.D. was too busy picking their gender for the day and trying to match their skirt, thigh-high fishnets, and clown wig to comment.

Ted Sarandos, co-CEO of the streaming juggernaut, backed the Chappelle special in an internal memo. He noted that the comedy did not cross “the line on hate” and therefore abides by the Terms of Service, which can be unreliably enforced at the best of times. I guess it’s who you know, right? The planned protest for October 20th is apparently still a go. Several employees at Netflix, including the vivacious Terra(ble) Field, were critical of the special. She noted that she would participate in the roll-out.

Someone who can’t stop sticking their foot in their mouth is George Takei. He publicly vented his jealousy over William Shatner going into space last week, calling the 90-year-old a “guinea pig.” He dismissed the accomplishment as “boldly going where other people have gone before.” After that, you’d think that Sulu would take his “L” and go back to Twitter. But he had to chime in on Dave Chappelle. Also, Shatner put him back in his place:

Don’t hate George. The only time he gets press is when he talks bad about me. He claims 50+ years ago I took away a camera angle that denied him 30 more seconds of prime time TV. 🤷🏼‍♂️ I’m giving it back to him now by letting him spew his hatred for the world to see!🤣 Bill the 🐷

Thinking he could add anything of substance, Takei mistook whataboutism as a profound insight that countless other “reply guys” think was a true home run.

If Dave Chappelle had so blatantly attacked another minority group, such as Asians, Muslims, or Jews, would Netflix have so readily stood by his artistic freedom? It’s hard not to feel like trans people are considered fair game in today’s America. This is why we must speak out.

Again, it’s clear he doesn’t watch the product. Just show us on the doll where the successful men touched you, and you might get a few more “likes and retweets” out of it. Nothing’s sadder than an old queen.