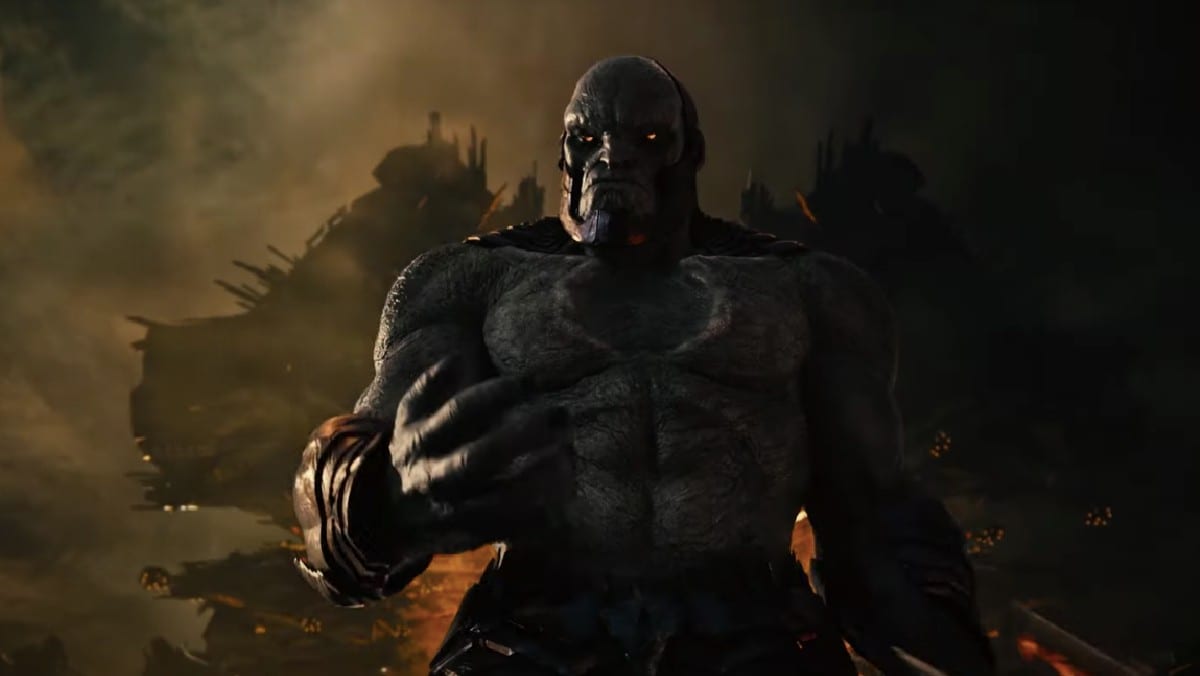 At long last, the official trailer for the Snyder Cut of Justice League – now confirmed to be a 4-hour miniseries – has arrived online after debuting at DC FanDome. As “Hallelujah” plays, we finally get a look at Darkseid in all his glory, followed by a myriad of shots such as Victor and his dad with a Mother Box, Black suit Superman, Lois hugging Martha, Barry saving Iris, and, of course, Jason Momoa. The Snyder Cut trailer culminates in Barry telling everyone that Darkseid has probably fought hundreds of beings and won, only for Bruce to reassure everyone that he hasn’t faced them, united. Check out the Snyder Cut trailer below:

I can’t believe I’m about to write this, but,  as much as I loved getting a good look at Darkseid here, a lot of this Snyder Cut trailer seemed anticlimactic. Sure, it was a bit meta to hear Snyder using “Hallelujah” again after using it in Watchmen (the filmmaker is nothing if not consistent). But everything about this felt perfunctory. Maybe it’s from immersing myself in everything the Snyder Cut has been promising, but I expected to see something more. While it’s important to avoid too many spoilers, I would have preferred a more story-focused trailer that steered clear of some of the moments that had already been out there for a while in one form or another (the Barry and Iris scene, for example). Quite frankly, I’d go so far as to say that the previous clips that Snyder has released – including this week’s trailer tease – did a better job of generating hype than the full trailer. Hopefully, they’ll stick with a less-is-more approach until the series debuts in 2021.

Was the Snyder Cut trailer everything you wanted it to be, or were you hoping for something different? What was your favorite moment? Let us know in the comments and stay safe and healthy as Geeks + Gamers brings you more coverage from DC FanDome!

That trailer alone is better than the theatrical cut.