Disney Fires Gina Carano Because of Course It Does 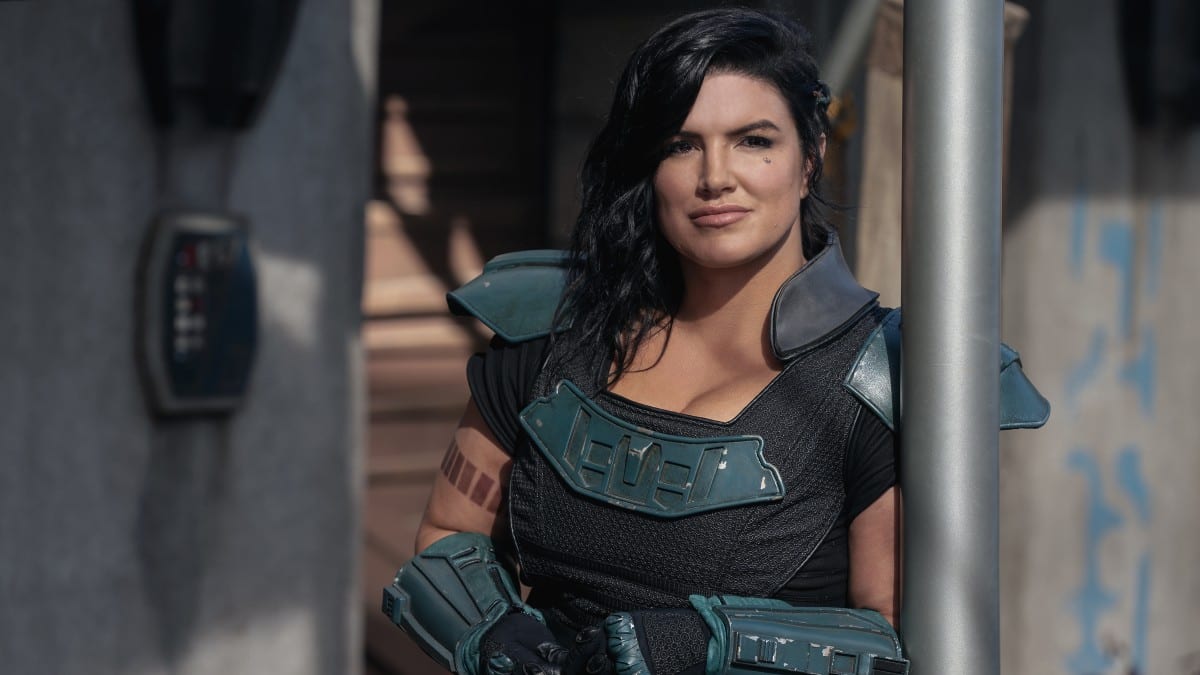 The Empire has finally come for Cara Dune. In news that probably doesn’t surprise anyone, Disney and Lucasfilm have fired Gina Carano, the former mixed martial arts star and current actress who appeared on The Mandalorian. Most fans assume Carano was set to be one of the main characters in Rangers of the New Republic, the developing spinoff of the hit Disney+ show. To add insult to injury, United Talent Agency also dropped her as a client. The excuse given for the firing most assume has been in the works since she first went public with her right-of-center political opinions is a post on her Instagram story (which she shared, as opposed to writing herself) which commented on the dangers of the political divisions currently found in the country, comparing them with the atmosphere in Nazi Germany. The post appears to be gone, but you can see it below: 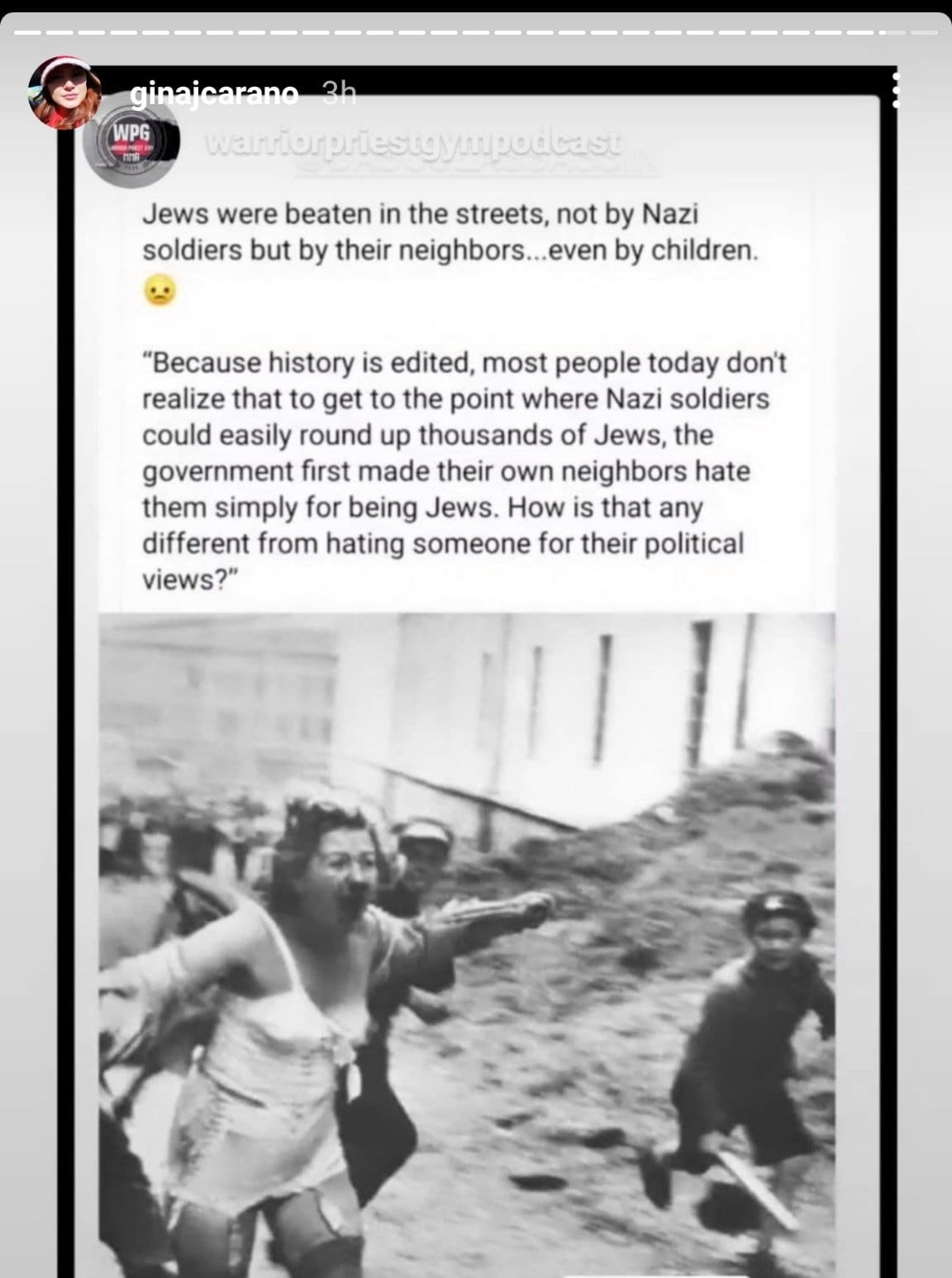 Lucasfilm released an official statement on the matter: “Gina Carano is not currently employed by Lucasfilm and there are no plans for her to be in the future. Nevertheless, her social media posts denigrating people based on their cultural and religious identities are abhorrent and unacceptable.”

Let’s be real: nobody believes that Gina Carano is an anti-Semite. Nothing in that post is anti-Semitic; quite the opposite, actually. It also does not equate being a Jewish person during the Holocaust with being a conservative in America right now. However, it does say that one particular circumstance that led to the Holocaust, that made the Holocaust possible, is taking shape here. And does anyone argue that? Whether or not you think it will lead to an atrocity like that (and I don’t, although I doubt it will lead anywhere good), can you find anyone who doesn’t believe that the country is deeply divided when it comes to politics and that a lot of animosity has grown as a result of that? It also isn’t a stretch to believe that politicians are using those divisions for their own purposes – again, not mass extermination, but certainly to further their goals. Look at the people ratting out their neighbors for not wearing masks, or the hatred a Trump hat garners someone. It isn’t an apples to apples comparison, but the seeds are there, and it’s better to deal with them early.

The political double standard is also in play. Gina Carano is not the first American to draw comparisons with something going on in the modern era and the actions of the Nazis. I remember when George W. Bush was regularly called Hitler and a Nazi, and folks older than I am tell me about the same thing happening to Republican Presidents going back to at least Ronald Reagan. Carano’s co-star, Pedro Pascal, likened those with whom he disagrees to the Third Reich. But that’s the real issue: Pascal said it about what Disney and Lucasfilm consider the correct target. Carano is being let go for her political beliefs, and it’s clear as day. The Hollywood Reporter has a source who told them as much. So, who’s the real anti-Semite – someone who doesn’t want to see the Holocaust happen again, or someone who would use it as a matter of convenience?

How do you feel about Disney firing Gina Carano? Do you find her shared post anti-Semitic or otherwise offensive? How long will it be before Dana White puts her in the Octagon? Let us know in the comments and stick around Geeks + Gamers for more entertainment news!

this whole thing is just stupid and its making me really question where do i want to draw the line. Do i cancel Disney Plus and then download the shows i want to watch which would be pirating/stealing or do i voice my opinion and yet still pay for the content i want to see cause it entertains me yet knowing what Disney does.

You can always just cancel for now, then in a few months when there is a bunch of shows you want to watch. You can then buy it again and binge watch them.

Not sure this is the way to go. This undoubtedly shows the hypocritical side of Disney and Lucasfilm. It just seems one sided.

The rebel Gina Carano (Cara Dune) has just scored a victory against the evil Disney Empire by going to work for Ben Shapiro.
It’s time to cancel Disney + to show our disagreement with the double standards going on in Hollywood.
“If you strike me down, I shall become more powerfull that you can possibly imagine”
– Obi Wan Kenobi

I have become disillusioned by Disney. First they fired all their talent a few years back and brought in foreign replacements (and forced the fired staff to train them or they would lose their severance). Then they thanked the Chinese Communist Party (which is involved in Muslim concentration camps) for their role in the Mulan movie. And now this hateful hypocritical stance on Gina and her freedom of expression. I mean I still watched the Mandalorian even after Pedro called Trump supporters Nazi’s in two separate memes (I should of been offended enough to quit). I feel dirty, like I am such a fan of something that I am willing to be spit on. But this Gina thing, really pushed me across the line. I realized Star Wars is not more important than a free country I can be proud of. I don’t need Star Wars or the Mandalorian so much that I will look the other way. I am not a slave to my entertainment. Sorry. So cancelled Disney I did. It saddens me because there is NO OTHER THING that defines my childhood or my passions than Star Wars. I feel guilty for giving it so much of my time and money now. It was a false idol and in the hands of Disney it was a betrayal.