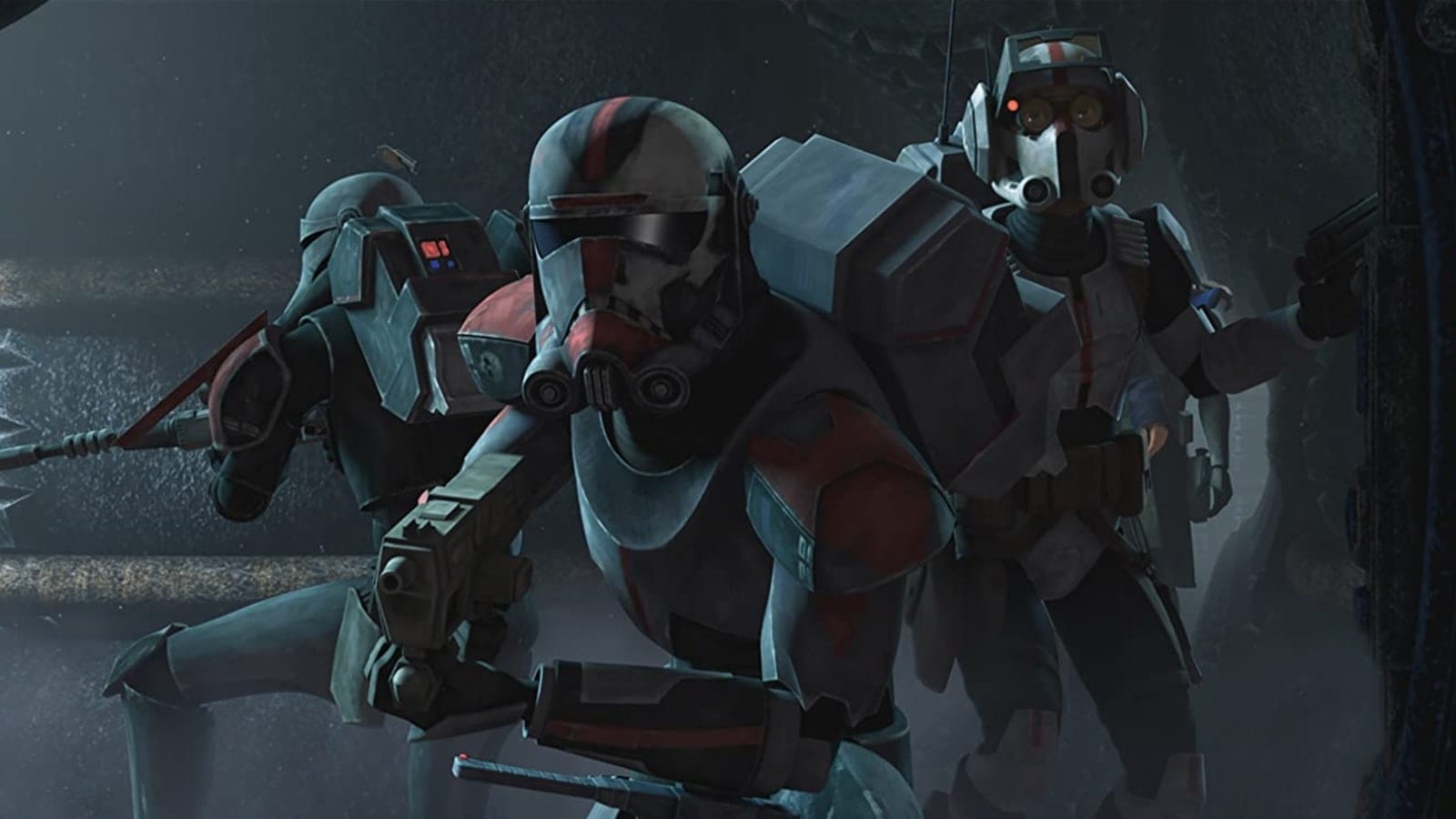 Deadline reports that Disney+ has plans for a series called Star Wars: The Bad Batch, focusing on the titular group of unconventional, mutated clones introduced in The Clone Wars’ final season. Little else is known at this time, although Dave Filoni and several of his collaborators from Clone Wars and Rebels will be returning as producers. The series will follow the misfit clone squadron after the fall of the Republic as they seek a new way of life in a changing galaxy.

Brett: I was pleasantly surprised by this news, as I felt like they were going to wait a bit to produce more animation and focus on getting out the live-action Star Wars shows. That being said, it’s nice that something that started off as an animatic five years ago – initially from the mind of George Lucas himself, no less – is now getting a whole show. It serves as a reminder to artists that even if something doesn’t work out at first, it may come back around in the future. While I wasn’t thrilled with the Bad Batch episodes in general, I did love the dynamic between the characters, particularly when it came to Rex’s involvement, so hopefully, he’ll be around for the new show.

Virginia: I agree; I’m surprised by this news but very happy. I liked the Bad Batch, but they were pretty surface-level characters, as their arc focused more on Rex and Echo. I’m assuming this means we’ll see more of Echo in this series as well. I was also getting antsy for any information on animated Star Wars, as these series have basically been the real Star Wars for years now.

B: Yeah, and a lot of that has to do with Filoni. I want some clarity on the level of his involvement. Is it going to be something akin to Clone Wars, or will it be the Godfather type role he had on Resistance? If it’s the latter, then to quote, well, many Star Wars characters at this point, “I have a bad feeling about this.”

V: I doubt he would go about it that way. Unlike Resistance, this is an actual follow-up to his baby, like Rebels was. I doubt he would hand his characters over so recklessly. I always questioned his involvement with Resistance, given not only that it was bad, but stylistically and tonally it was nothing like his Star Wars shows.

B: Yeah, the initial press release made Resistance seem like it was coming from a personal place, but instead, it came off as something more perfunctory. In any case, I feel like the Bad Batch is going to be a great way to look at things from a post-war perspective. Frankly, I think it might be a missed opportunity not to put this on Hulu, as there’s some pretty deep stuff they could talk about, like PTSD. That would be from a different vantage point since the Bad Batch aren’t your “typical clones.” We got to see a bit of Rex’s post-war life, so it’s going to be interesting to see Filoni explore this angle.

V: I see your point, but honestly, I am not worried about that. Filoni excels at deftly exploring themes that seem outside of Disney’s wheelhouse. He’s smart at getting these things in there. And I’m sorry, but did you see Maul cut through those clones this season? I’m sure they’ll make this every bit as dark/violent/introspective as it should be. Anyway, I don’t think that’s what makes a show good.

B: I didn’t mean from a violence perspective; more in terms of potentially heady themes. Regardless, as long as Filoni isn’t spreading himself too thin with the live-action series, I’m sure things will work out fine.

V: I tend to think he can do it, but that may be wishful thinking. However, in my eyes, he has done no wrong with Star Wars, and he worked on my other favorite TV show, Avatar. So, I trust him implicitly.

Are you excited about the Bad Batch series? Do you think Dave Filoni will have another hit on his hands, or is he spreading himself too thin? Let us know in the comments and stay safe and healthy as Geeks + Gamers brings you movie and TV news!