Disney Submits Gina Carano For Mandalorian Emmy After Firing Her 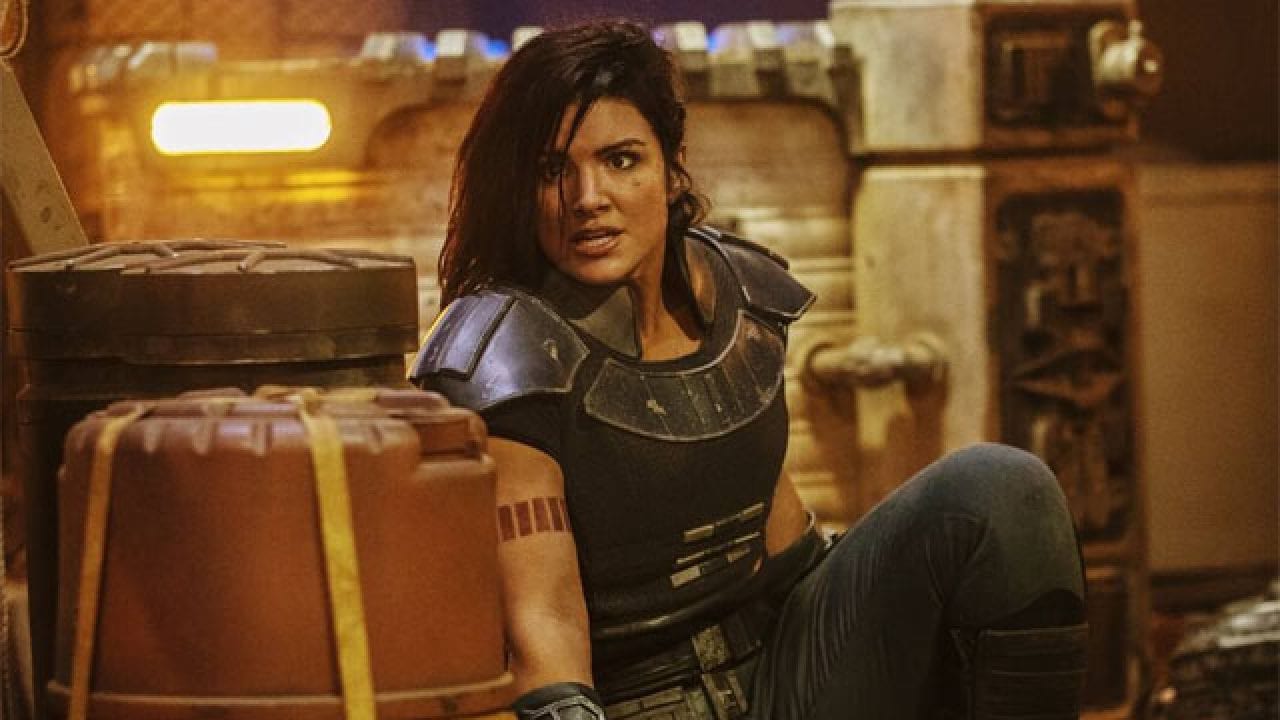 Disney and Lucasfilm have submitted MMA fighter turned actress Gina Carano for a supporting actress Emmy Award for her role in The Mandalorian.

Twitter user Price of Reason posted an image of the Emmy consideration list from Lucasfilm and Disney with Gina Carano’s name circled, as seen below:

GINA CARANO has been proposed by Disney for Emmy Consideration as Supporting Actress on The Mandalorian. Until we see a public apology, a Gina rehiring and Kathleen Kennedy stepping down at Lucasfilm, this is just a ploy to silence disappointed Star Wars fans. pic.twitter.com/8Sb7c0iPAm

Carano was fired by Disney after a social media post on her Instagram story depicted a scene from 1930’s Germany with the text, “Jews were beaten in the streets, not by Nazi soldiers but by their neighbors….even by children.”

It went on to say, “Because history is edited, most people today don’t realize that to get to the point where Nazi soldiers could easily round up thousands of Jews, the government first made their own neighbors hate them simply for being Jews. How is that any different from hating someone for their political views?”

The post caused Lucasfilm and Disney to issue a press statement through a spokesman, saying, “Gina Carano is not currently employed by Lucasfilm and there are no plans for her to be in the future. Nevertheless, her social media posts denigrating people based on their cultural and religious identities are abhorrent and unacceptable.”

Carano revealed that she discovered she was fired from Disney the same way the rest of us did: “I found out through social media, like everyone else, that I had been fired.”

Many publications reporting on this took that to mean she was comparing the plight of Jews in Nazi Germany to current-day Republicans and conservatives. However, this was not the case, as Gina herself said, “It wasn’t something that I felt was controversial. It was something that I thought, well, maybe all of us need to ask ourselves how that happened.

“I’ve got every single big publication saying she’s comparing conservatives and Republicans to this and that’s not really what I was doing… I have love for everyone. I’m not a hateful person.”

Twitter user mynerdyhome points out that Disney and Lucasfilm want to have their cake and eat it too by firing an actress they do not want to have any connection with, but submitting her when it comes time for the Hollywood peacocking awards season.

Of course they did…they don't care for the actress- but they care about the accolades https://t.co/wgCgcgcIjc

Since her firing from Disney, Gina Carano has teamed up with Ben Shapiro and The Daily Wire to produce a movie exclusively for their members.

She also appeared in an interview with Geeks + Gamers member Drunk 3PO where they discussed the media’s smear campaign against her.

That is the peak of hypocrisy. Hate on her for saying something that does not fit the narrative, but put her up for an award that is voted on by the woke mob.

They are a weird bunch over at Disney.