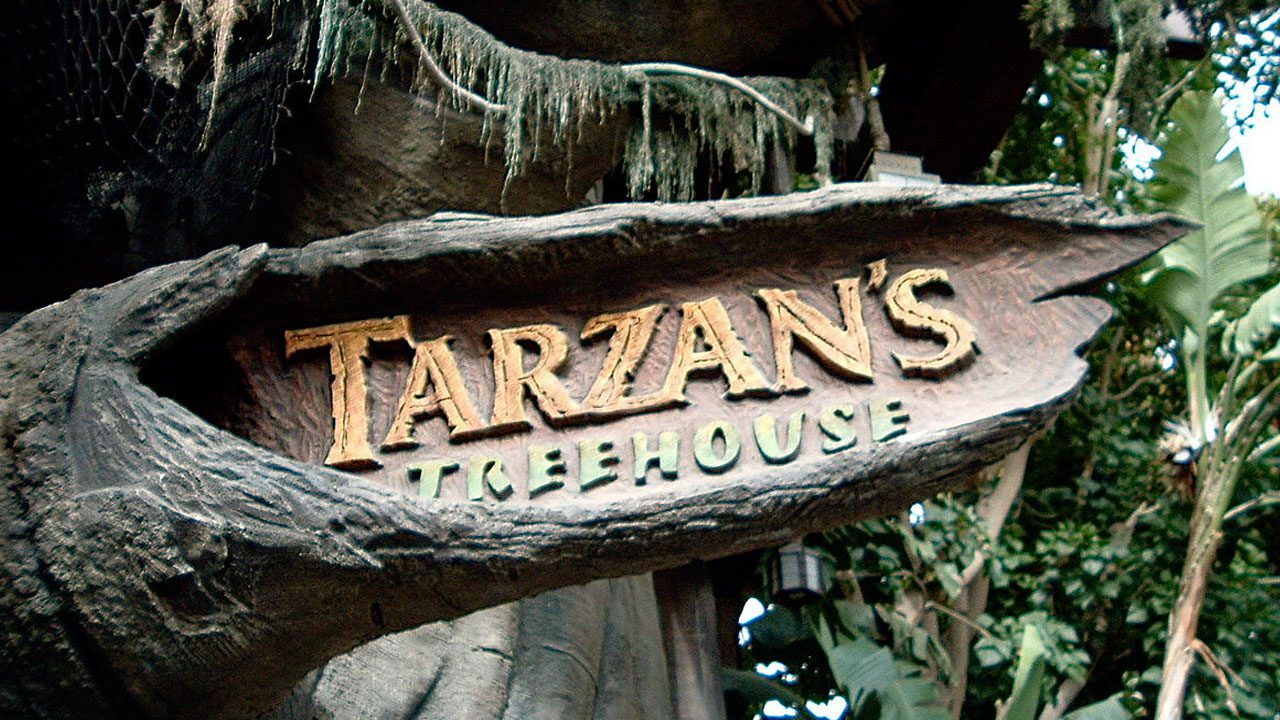 Disneyland announced yesterday that Tarzan’s Treehouse (formerly the Swiss Family Treehouse), which has been closed for refurbishment since September 2021, will have a new theme and backstory when it reopens. Tarzan’s Treehouse opened in 1999 to guests as a walk-through attraction showcasing the story of Tarzan.

“Your adventure begins as you clamber up a tree stump and cross a rope bridge high in the sky. Overgrown with vines and constructed out of parts salvaged from his tragic shipwreck, the tree house features ingenious inventions and vignettes from Tarzan’s epic life story.

Peruse drawings from Jane’s sketchbook that tell the tale of the young English lord who was marooned in the jungle, orphaned and raised by a tribe of gorillas. The tree’s scientific name is Disneydendron semperflorens grandis or ‘large ever-blooming Disney tree’ and some incredible views await you at the top!”

The Orange County Register’s description of the re-theming reads as follows:

“Tarzan will soon be swinging out of his treehouse at Disneyland to make room for a re-themed attraction that will see a new Disney character move into the 80-foot-tall man-made tree in Adventureland.”

Demolishment began yesterday, April 18th. The new theme, backstory, or reopening date have not yet been announced.

What do you think the new theme could be for the treehouse?