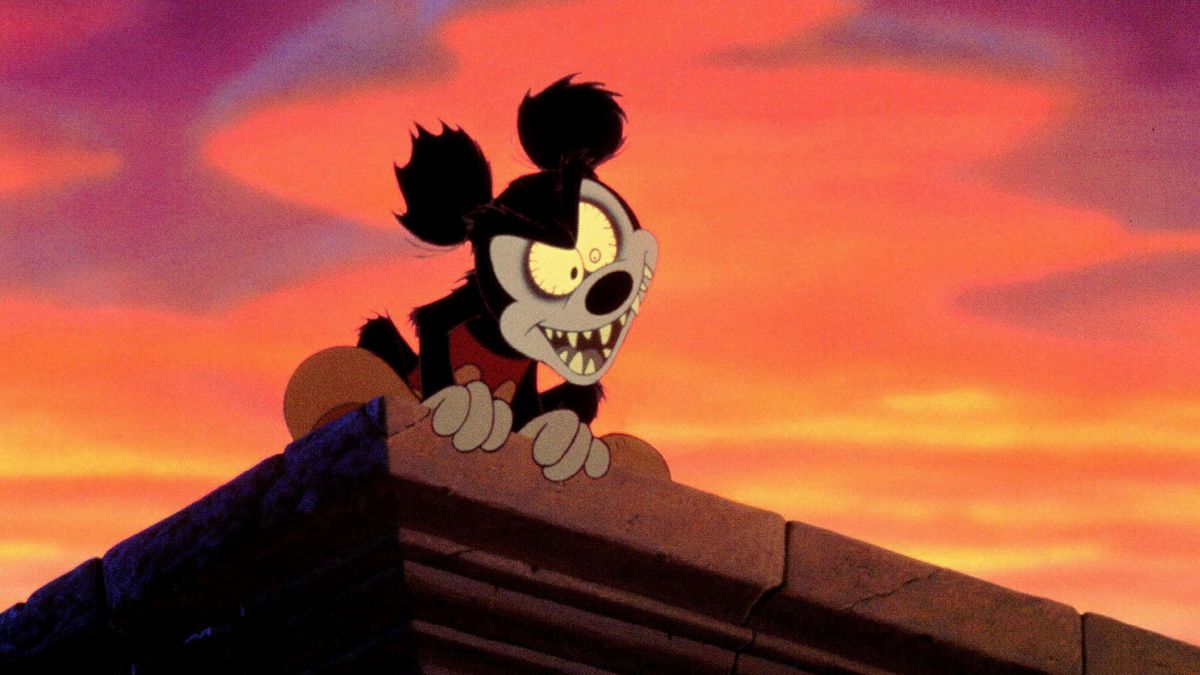 Disney’s once stellar reputation as a family-friendly company dedicated to nurturing child development and supporting adolescent maturing has all but faded in recent years as scandal after scandal surrounds this formerly great company, chipping away at its once pure veneer. From the company participating in local politics against their fans’ wishes to filming next to concentration camps in China, Disney has continually shown their disregard for fans and basic morality for the advancement of their products and their Twitter virtue signaling. It appears that fans have responded to the degrading of this formerly great company, as Disney’s stock has plummeted in recent weeks. Despite this, Disney’s next phase in their disgusting evolution has recently been undertaken by the new Disney+ film, Chip ‘n Dale: Rescue Rangers. This next insult to common decency propagated by Disney comes in the form of Chip ‘N Dale’s villain, Peter Pan, whose life and supervillain origin closely mirror that of real-life child actor Bobby Driscoll, who portrayed the character of Peter Pan in Disney’s 1953 animated feature Peter Pan. Bobby was unceremoniously removed from the Disney payroll upon the development of his adolescent acne and left to fend for himself alone without the compensation he was due from years of industry work as an actor. After subsequent decades of drug abuse and homelessness, Bobby died alone and forgotten on the street, buried in an unmarked grave.

The Chip ‘N Dale version of Peter Pan, who is the villain of the movie, has a similar story that motivated him to turn evil. Upon reaching his adolescence, this Peter Pan was abandoned by both his financial and emotional benefactors and left to fend for himself alone. He subsequently turned sour and swore to tear down the world that had abandoned him, closely mirroring the events of Bobby’s life but without the good spirit that carried Bobby through the following decades. Disney replicated horrific events that they delivered upon a child and then said those events turned that child evil. What could have possibly motivated them to make such a decision?

The original story of Bobby Driscoll clarifies that Disney’s darker side is not a new development but rather a sinister cancer that has been growing for decades and is only now coming into the limelight. This disgusting mockery of a child actor whom this very company abused and abandoned for a natural biological function only solidifies Disney among the list of the vilest and most despicable companies ever to grace this country.

Fans of Disney’s past can only hope that the company’s current stock dive and public repercussions will be enough for this mighty ship to course correct and, once again, focus on delivering good, family-friendly entertainment. However, that is unlikely, as this company is firmly set in its ways, its dark tendencies going back decades. Perhaps there is no redeeming this company; all fans can do is enjoy what has come before and make their voices heard in the court of public opinion. Only by doing so can real change be possible and future disgusting displays such as Chip ‘N Dale’s Peter Pan be averted.

Is anyone really surprised at this point…

We shouldn’t be, but they keep finding new ways to surprise us

I was originally going to watch this the other day but changed my mind when I heard about this. Especially since I really liked Bobby in that role. Disgusted doesn’t begin to describe how I feel!

Hey DragonLady, thanks for putting me onto this story on the Round Table. I shout you out in my video on YouTube that’s coming out in 15mins

These commenters and the author are idiots. The right wing pissbabies that hate Disney for finally adding a little inclusion are the same ones that find offense in every little thing. Get a life, losers, and frickin enjoy something for once in your hate filled lives.