"The men and women who are making these independent books have a whole slew of challenges ahead of them." 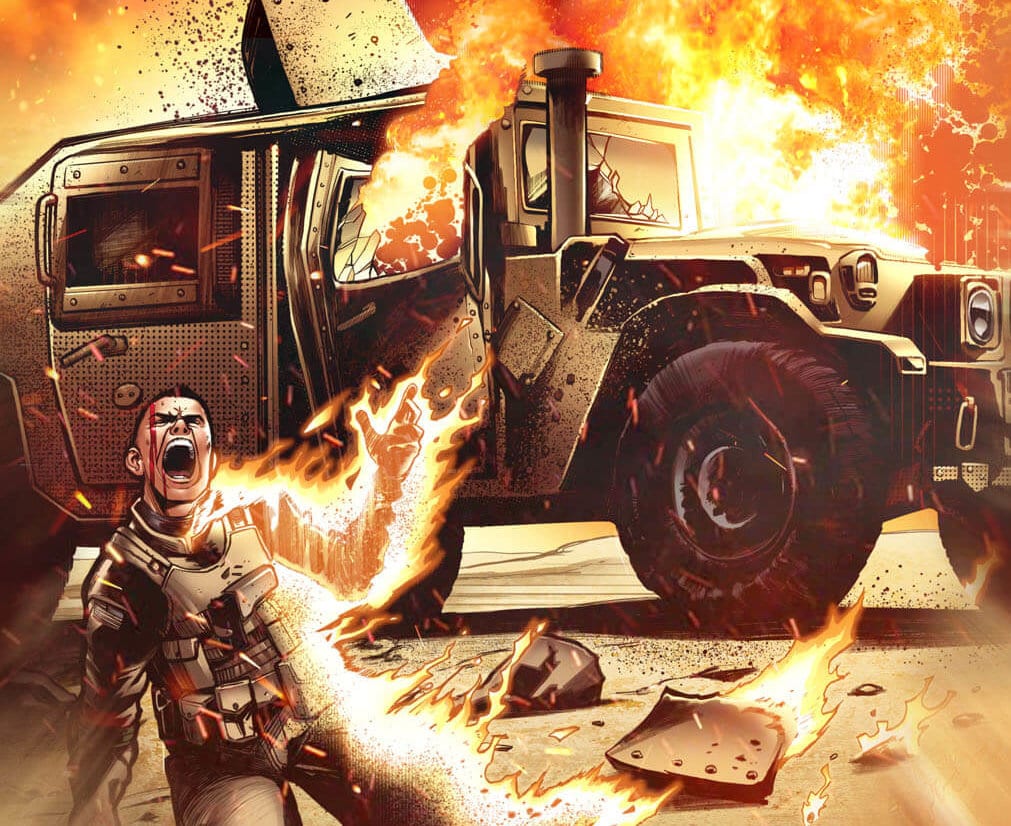 The history of the consumer hashtag #ComicsGate is a complicated one. But there’s a group of people who have certainly impacted the development of the struggle to make comic books great and viable again; Englentine from I Love Comics, Captain Frugal, and Washington Times journalist Doug Ernst were in the trenches even before there was a hashtag or a YouTube community denouncing the elitism and demagoguery of the North American comic book industry.

Jumping into the present, the revolution has grown into a new generation of completely independent comic books backed by the readers who crave the quality and themes the mainstream companies are not providing. Great success stories like the relaunch of Brian Pulido’s Lady Death or Richard C. Meyer’s Iron Sights and Jawbreakers campaigns have inspired industry-seasoned talent and newcomers alike.

Now it’s time for this veteran – no pun intended, but Mr. Enrst has served his country too – writer to take the bat and aim for a home run with his new project, Soulfinder: Demon’s Match. He has recruited penciller Timothy Lim and colorist Brett R. Smith (both of Thump: The First Bundred Years fame) for this adventure, but, let’s hear from the man himself! 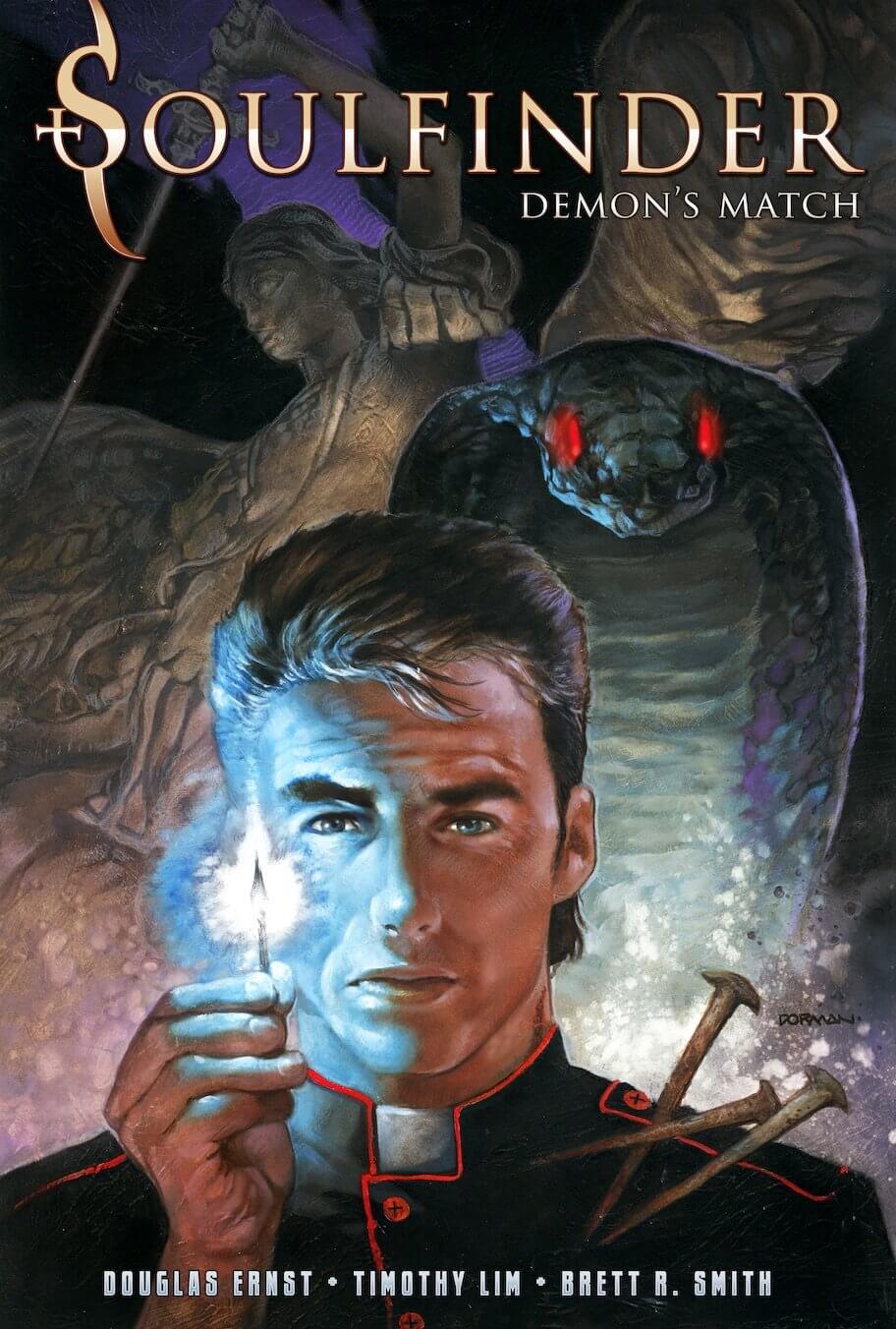 How did the story and ambition to make Soulfinder: Demon’s Match come to be?

Doug: The short answer is that I wanted to put my money where my mouth is and give comic book fans a concrete example of the kind of stories I think Marvel and DC should be telling.

I’ve always loved the craft of storytelling and the hero’s journey, and for a multitude of reasons guys like me are not finding what we want from modern creators. I wanted to tell a tale of Good vs. Evil. I wanted to read about heroes who have a clearly defined (and functioning) moral compass. I wanted to tell a tale that respects the readers’ intelligence, yet never devolves into the weirdly political stuff you get from activists who masquerade as writers.

Soulfinder: Demon’s Match—a story about a major order of exorcists who all must be combat veterans to be considered for recruitment—is the result of many years of being dissatisfied with what the comic book industry was giving readers.

How did you manage to put together such a prominent team, with Tim Lim and Brett Smith, both of whom are already known in the indie comics scene?

Doug: I met Tim roughly two years ago through my YouTube channel and he eventually introduced me to Brett. I hit it off with Tim through our religious and philosophical conversations over the phone, and I struck up a friendship with Brett due to our matching overall worldviews. Brett and I are both close to the same age and seem to share similar childhood experiences. He’s a serious guy who doesn’t mince words, which I like. We’re both very cut-and-dry when it comes to stating our expectations. We’re not afraid of having tough conversations and generally welcome those moments because that’s where big opportunities for creative and professional growth can occur.

Is there a particular message you are trying to get across with your book?

Doug: First and foremost, I wanted to tell a compelling story. There isn’t a message in the sense that most industry insiders mean it (i.e., bashing readers over the head with partisan politics). I do, however, explore questions like: “Why do bad things happen to good people?” That is a pretty universal question. People want to know why kids get cancer. They want to understand what it means to live with chronic pain or mental illness. It seems to me that a book involving priests should tackle tough questions, but it should do so in a tactful way.

Similarly, Soulfinder: Demon’s Match conveys the message that virtue can be found in carrying our individual crosses with grace and dignity. A reader doesn’t have to be religious to appreciate the messages that I seek to convey. This story is informed by my faith, but it’s not preachy. In many ways, I focus on the importance of good male role models and brotherhood among men.

Does your work as a reporter, both at The Washington Times and your YouTube channel, come into play in this book?

Doug: I suppose any influence my job at the newspaper had on the book happened at a subconscious level. I consume a ton of news every week that often revolves around military issues, so who knows how that affected the book. I would say that having a YouTube channel added an extra level of urgency during the creative process. I have subscribers who have literally followed me since my blogging days roughly a decade ago. I want to do right by them. I want to do right by everyone, but I particularly do not want to let down people who have invested so much time into reading and watching my content. I think that time is one of our most precious resources. Tomorrow is never promised. If someone has given me their time, that means a lot to me. They will never get that time back, and so I feel a tremendous amount of responsibility as a writer to give them something meaningful.

Can you give a brief pitch to our readers who might be out of the loop?

Doug: As mentioned earlier, Soulfinder: Demon’s Match is about a major order of exorcists. Only those who have seen the horrors of war and came out with their faith intact are recruited. My main character, Father Patrick Retter, is tasked with investigating a series of deaths in the town of Steepleton, Maryland, under the radar with a local cop. The two men take on more than they can handle regarding an ancient cult and demonic forces. That is when Fr. Retter meets Father Reginald “Reggie” Crane, who serves as a mentor as he considers becoming a Soulfinder.

Now that Ben Dunn’s Warrior Nun Areala is making a comeback, especially with the Netflix adaptation, do you see the potential for a future crossover since there’s a tight relationship between your team and Antarctic Press?

Doug: I don’t want to put the cart before the horse when it comes to any collaborations. I’m focused on saying my prayers that everything goes as smoothly as possible over the next couple of months. If Soulfinder: Demon’s Match is well received and creators want to work with me on crossovers, then that would be incredibly humbling. We’ll see what happens. I have plenty of Soulfinder tales left to tell if time allows for it.

Can you tell us what you think, generally speaking, about this new industry of indie comics born from the #ComicsGate consumer hashtag?

Doug: Competition can be a very good thing and the comic book industry needed it on multiple levels. The media is filled with shills and the industry as a whole seems riddled with cronyism. The rise of YouTube comic book commentary shined a giant spotlight on the incestuous relationship between the mainstream websites and creators. It needed to happen. Likewise, the YouTubers—like them or hate them—speak their mind without fear of retribution from thin-skinned and unprofessional creators.

The men and women who are making these independent books have a whole slew of challenges ahead of them. There is a steep learning curve to creating and shipping your own comic book, but if the network swallows its pride and learns from mistakes then very good things can happen. Looks at the explosion of books—and the increase in their quality—coming out in 2019 compared to 2018. It’s inspiring. I can’t wait to see what 2020 has in store for readers.