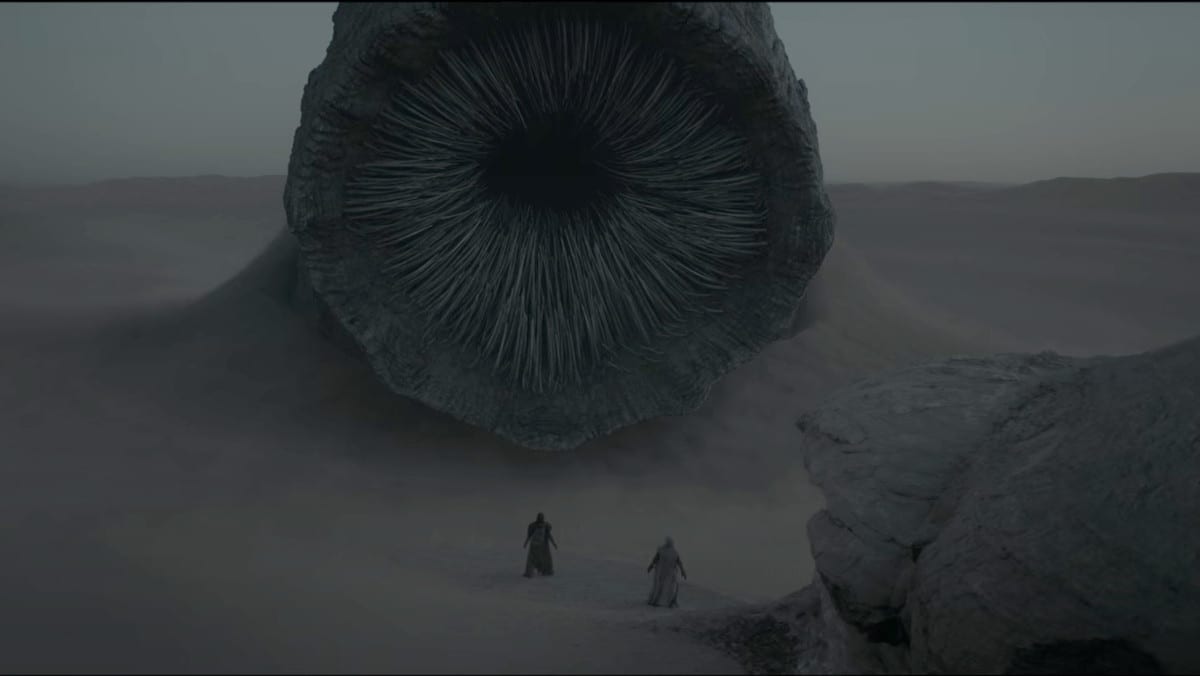 The Kwisatz Haderach has finally arrived, as the first full trailer for Denis Villeneuve’s Dune is online. For years, this long-in-development adaptation has become almost mythical to fans, as everyone had an idea of what it might look like, whether they had read the books, seen the Sci-Fi Channel (now SyFy) miniseries, or revere the David Lynch film. As a result, when I watch this Dune trailer, there’s nothing too surprising to me. From the moments with Charlotte Rampling’s Reverend Mother Mohiam and the Gom Jabbar to Paul’s training with Gurney Halleck, everything feels true to the spirit of Frank Herbert’s original 1965 novel. I even like that they brought in the “Fear is the mind-killer” mantra, which brings me back to when James McAvoy spoke the words during 2003’s Children of Dune, the sequel to Sci-Fi Channel miniseries. Check out the Dune trailer below:

Ever since it was announced that Denis Villeneuve was taking on the new Dune movie with The Batman’s Greig Fraser as director of photography, I’ve been so curious to see what the film would look like. Although this was just a trailer, the footage on display here is visually stunning, presenting an epic scope that is all too rare on the big screen these days outside of the superhero genre. I was also a bit surprised how well this Dune trailer creates intrigue for those unfamiliar with the series. It gives me hope that this could be a new beginning for the franchise and invite an all-new generation to experience the journey of Paul Atreides. I can’t wait to see the film in full when Dune debuts on (its tentative release date 0f) December 18th.

Did this Dune trailer excite you, or were you hoping to see something different? What was your favorite moment from the trailer? Let us know in the comments and stay safe and healthy as Geeks + Gamers brings you more movie and TV news!