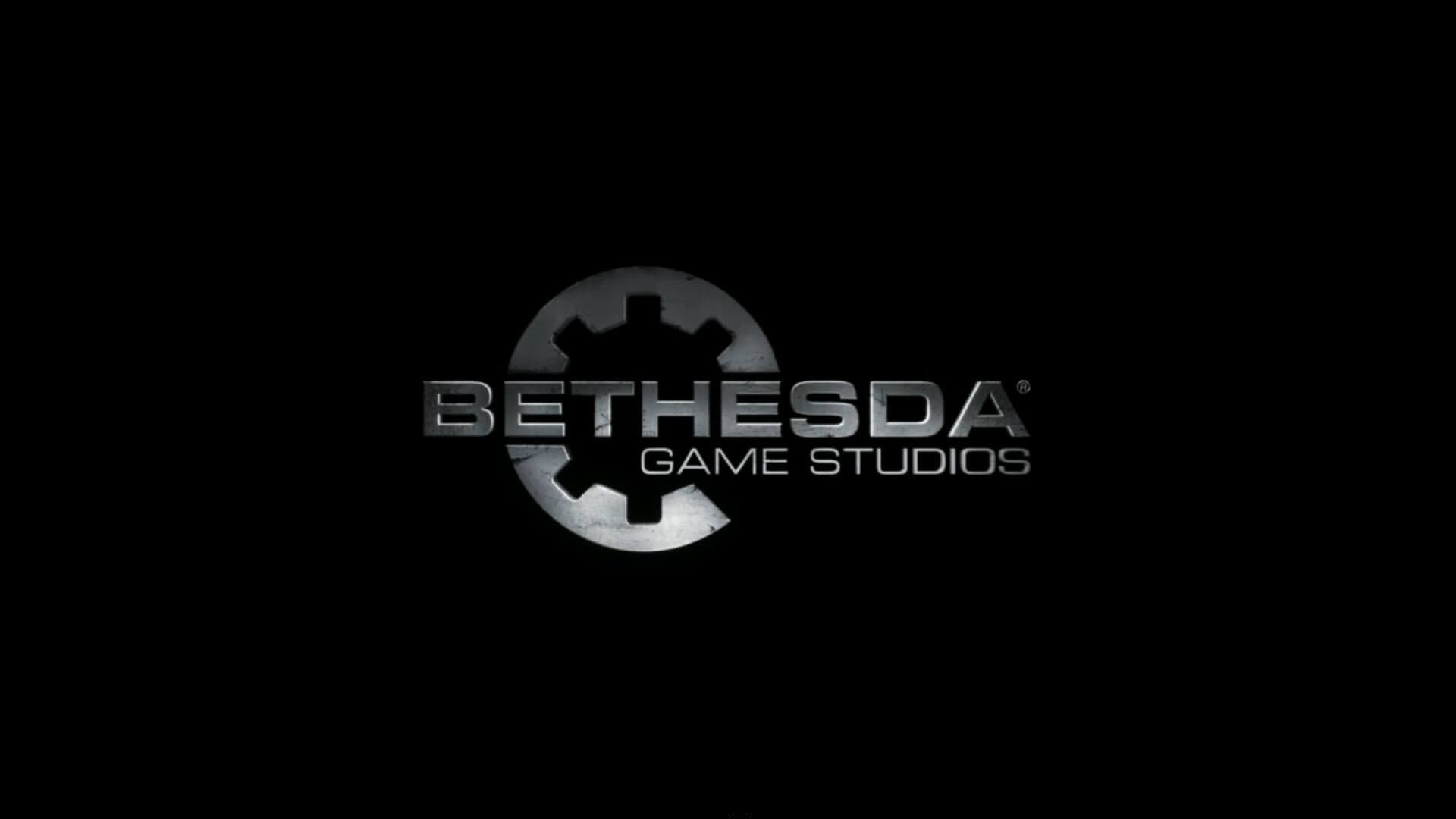 Bethesda’s E3 conference began with a nice tribute to their fans. Refreshingly in the current entertainment climate, the Bethesda crew thanked the fans for their feedback and encouraged gamers to keep challenging them to be better. This is, presumably, a response to the… let’s say tepid reception of Fallout ’76, and I think it’s the right move; instead of calling their fans ungrateful racists or something, they simply acknowledged the dissatisfaction and thanked them for their passion. Then there were some really sweet shots of a couple of fans getting engaged, a little girl embracing an adult player, and people recounting how they became gamers. It was a sweet ode to the shared community a fandom is, and it started things off on a positive note. Following this was a festive footage reel with clips from a bunch of games to get everyone in the mood.

After the intro, Bethesda senior vice-president Pete Hines took the stage and again emphasized the importance of the fans, then introduced studio head Todd Howard. Howard informed the crowd that there were 60 million players in 2018, the most ever for Bethesda. He then acknowledged the criticisms of Fallout ’76 and credited the fans with helping them to make it better, and with building a great online community. He promised more to come on Fallout ’76, then moved on to The Elder Scrolls: Blades, for which he introduced Craig Gafferty and Matt Carofano, the project leader and art director, respectively. They announced the “biggest update yet” for Blades, featuring new jobs, new solo arena battles, a new custom jewelry system, and a new dragon questline; this update can be downloaded for free right now. This fall will see the release of an area mode that has “PvP, your own guilds, and visiting your friends’ towns.” They then revealed that Blades will be coming to the Nintendo Switch, also in the fall, and it will be free, as well as cross-play and cross-progression with the existing mobile version. If you’re at E3 and want to give it a try, it’s available to play at the Bethesda and Nintendo booths. Additionally, there are special rewards for Blades mobile players this week on Apple and Google.

Before leaving the Bethesda stage, Gafferty and Carofano introduced Fallout ’76 project leader Jeff Gardiner and co-studio director Tom Mustaine. They thanked the fans for their support and loyalty, then announced an update called “Wastelanders” that “will fundamentally change the game.” A short video promised “human NPCs return, new main quest, choice & consequences, and new weapons & gear.” “Wastelanders” will be available in the fall, and free. Gardiner then also promised new rewards and “full dialogue trees.”

Mustaine called Fallout ’76 a long-form story, and while year one was about “the vault doors opening and all of you settling the wasteland,” year two will be about “people coming back to reclaim it,” and that players would choose how to interact with disparate characters and deal with the consequences of their decision. Fallout ’76 will also have a free trial from June 10 to June 17, so if you’ve never played and you’re curious, now’s your chance. Then the guys unveiled a trailer for a new game mode called “Nuclear Winter,” and action-heavy, 52-player “battle to the death” to become the “Overseer” that features exclusive perks with which to level up and looks like a blast. A sneak peek at “Nuclear Winter” June 10 and ends June 17 on all platforms.

Todd Howard then returned to the stage and, after a little recapping, said Bethesda is working on a next-gen RPG called Starfield as well as The Elder Scrolls 6, talked about some of the companies whose games Bethesda distributes, and once more thanked the fans and encouraged them to keep making their feelings known. When he left, Tango Gameworks founder and executive producer Shinji Mikami walked out and announced his company’s next game, Ghostwire: Tokyo. Mikami described it as “an action-adventure game in which you will fight paranormal enemies and rid the city of a supernatural evil.” Then Tango’s creative director, Ikumi Nakamura, explained the game in a little more detail; the player is trying to find out why people in Tokyo are disappearing, and encounters “conspiracies and the occult” as they explore and investigate. The trailer featured some haunting imagery and, if you’re into this type of thing, looked neat.

After some more clips of people talking about their gaming histories, Matt Firor, studio director for Zenimax Online Studios, walked onto the stage and once again thanked the fans. He recounted the successes of Elder Scrolls Online. He then talked about “Elsweyr,” a new chapter launched a few days ago, and rolled a trailer for “Elsweyr” in which a bunch of characters fight a dragon. The fourth-quarter DLC for Elder Scrolls Online will be called “Dragonhold” and will “complete the season of the dragon;” more information on this will be revealed at QuakeCon in July. There will also be another DLC called “Scalebreaker” in August.

Then creative director Kira Schiltt came out and showed a trailer for a free-to-play mobile game called Commander Keen, an update of an early computer game from the 90s. Commander Keen looks like a kids’ game, which is fine, but not anything exciting. The soft launch for Commander Keen will be this summer on Android and iOS phones.

When the Zenimax Online people were done, Pete Hines came back to talk about more mobile games and introduced a trailer for The Elder Scrolls: Legends. It was an elaborate trailer for what appears to be a digital card game.

Legends is available now for free, and an expansion called “Moon of Elsweyr” will release on June 27 for PC, Mac, mobile and tablet; it can be played at Bethesda’s E3 booth.

Next came a trailer for “Rise of the Ghost,” an expansion for Fury 2 with new enemies, mechs, vehicles, gameplay modes, story, enemy faction, weapons, and abilities.

Next out of the Bethesda gate was Jerk Gustafsson, executive producer of Machine Games, who announced two upcoming Wolfenstein games. First up was Wolfenstein: Cyberpilot, a VR game where you play as a hacker from the French resistance who turns Nazi weaponry against the Reich; it will be available in July. Next is Wolfenstein: Youngblood, which will feature more weapons, more customization, and bad guys than any previous Wolfenstein game, as well as two-player co-op gameplay. Youngblood is set in the 80s, 20 years after Wolfenstein: New Colossus, where BJ Blaskowicz’s twin daughters have to find him in Nazi-occupied Paris. A trailer followed, and the game looks fun as hell. Wolfenstein: Youngblood will be available on PS4, Xbox One, Nintendo Switch, and PC on July 26.

More gamer confessionals followed, then Bethesda director of publishing James Altman and ID Software chief technology officer Robert Duffy talked about Orion, technology that will allow games to stream faster and with lower bandwith, meaning games can be streamed faster and cheaper. A demonstration followed, featuring Doom being played on a mobile device, and it looked pretty impressive. This segued into a trailer for Doom: Eternal, which looks great. Then Doom: Eternal executive producer Marty Stratton and creative director Hugo Martin talked about the game, which promises to take place on Earth, in heaven and hell, and on the Sentinel home world. Some more footage followed, and the gameplay is fast-paced, with lots of different enemies to splatter across the screen. Attendees of the conference are being given the chance to play immediately, but for the rest of us, Doom: Eternal releases on November 22.

The guys then showcased a collectible Doom helmet and Battlemode, a Doom multiplayer experience where players can control demons, each with their own skillsets and combat styles in an attempt to take down a slayer.

Finally, Pete Hines walked out and revealed that DoomCon will take place during QuakeCon in celebration of Doom’s 25th anniversary. The conference ended with more footage of Bethesda celebrating their fans. All in all, it was a pretty fun event, and while not all of the games look very interesting (especially those mobile ones), they did a decent job getting people hyped for their offerings.

What did you think of the Bethesda E3 2019 conference? Do any of the games look good? Are you ready to forgive them for Fallout ’76? Let us know in the comments and stick around Geeks + Gamers for more E3 2019 coverage!