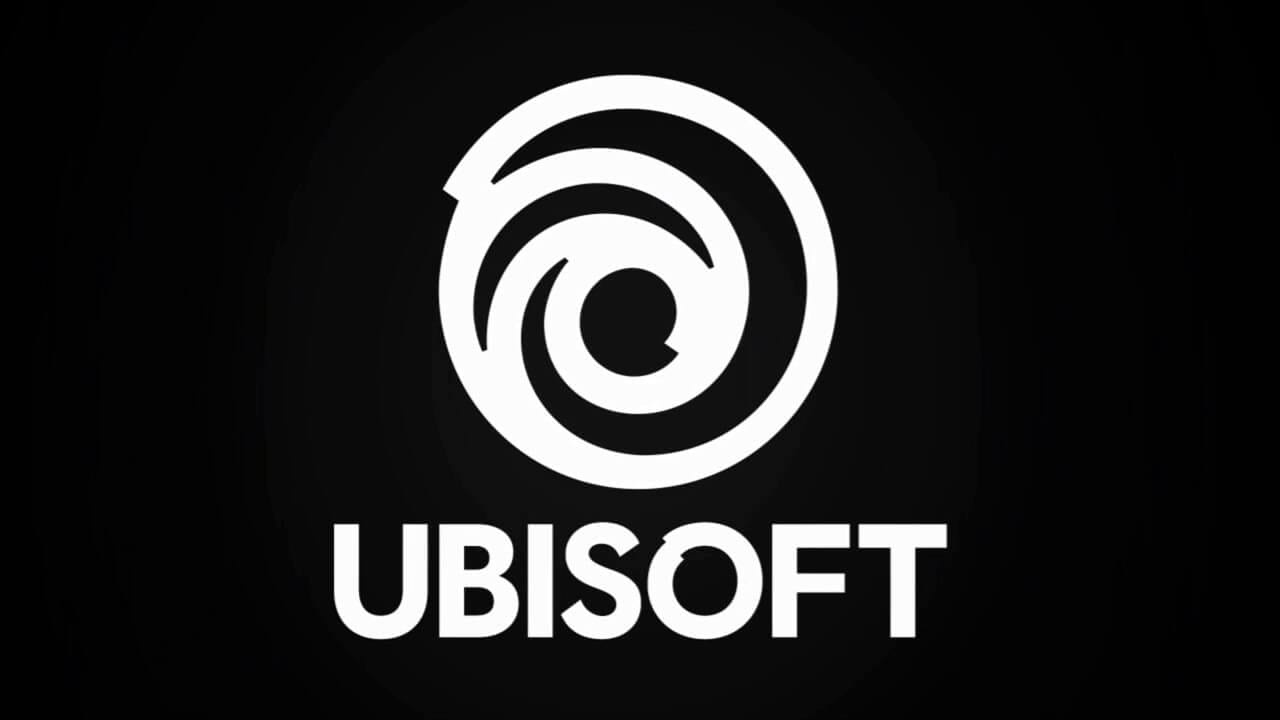 The Ubisoft press conference at this year’s E3 opened with a performance from the Assassin’s Creed Symphony as footage from the games played. Then two announcers (who were never seen again) talked about how many people were in attendance, and the show started.

A brief intro video gave way to a gameplay demo for Watchdogs: Legion. The game looks fun, with action, wild driving, and cool tech. I also love the premise of London becoming a totalitarian surveillance state and these rebels trying to retake it; it’ll be interesting to see how this game resonates, particularly across the pond. There’s a host of disparate for players to control, from teenage punks to little old ladies, all with different skill sets. This went on quite a bit longer than I thought it would, but I didn’t mind because it looks like a fascinating game.

After the footage, Ubisoft Toronto creative director Clint Hawking explained Legion a bit more; you can recruit anyone you meet on the streets and play as them, with every single person being a fully-realized character. When Hawking started talking about the politics surrounding Brexit, I initially thought he didn’t know what he was talking about, as he seemed to be conflating both sides of the issue; as he went on, however, I think I got it. Watchdogs: Legion appears to be designed so that it can appeal to both sides, and you can apply whatever stance you want to the characters you choose. If that’s the case, it’s brilliant, and it makes me even more interested in playing Legion. When Hawking finished, the trailer played, which seemed a little redundant, but it looks so cool that it’s hard to be fussed. Watchdogs: Legion will be available on March 6, 2020, for PS4, Xbox One, and PC.

After the Watchdogs: Legion trailer ended, actor Rob McElhenney of It’s Always Sunny in Philadelphia walked out and filled the audience in on a TV show he and the Sunny producers have developed in partnership with Ubisoft. Called Mythic Quest: Raven’s Banquet, it’s about a team of game developers who are about to release the newest expansion to their popular MMORPG game and must contend with their creative director’s massive ego. The trailer that followed did nothing for me, aside from making me marvel that they got F. Murray Abraham to be on the show. Mythic Quest: Raven’s Banquet will be air Apple+.

Next, Rainbow Six Siege’s esport caster Parker “Interro” Mackay joined the Ubisoft conference through a video feed to tease what fans can expect from year four of the game. He quickly rattled off “in-game events, map reworks, playlist updates, a roster of 52 unique operators, and… a thriving esports scene,” before announcing the thirteenth season, “Operation Phantom Sight.” He advertised a celebrity match after the show featuring T-Pain, Lil Yachty, and some Twitch streamers. Then, a trailer for “Operation Phantom Sight” played, and it looks like fun; the new operator is a sort of Bondian spy type, with silenced pistols and gadgets.

When that finished, another Ubisoft trailer played, this one announcing an Adventure Time crossover event to Brawlhalla. Finn, Jake, and Princess Bubblegum are available to play as of now. If you’re a fan of either or both of these things, I imagine that’s cool news.

Pushing the cartoons firmly to the side, a digitized Jon Bernthal strode to the front of the video screen and gave a bunch of masked men a speech about fighting ghosts before the logo for Tom Clancy’s Ghost Recon: Breakpoint slammed onto the screen.

Then Bernthal himself walked onto the stage – with a dog named Bam-Bam – and, after telling the crowd how much he enjoyed being a part of the game, gave a few details about his character. Apparently, he’s the bad guy, and he challenged the crowd to take on him and his “wolves.” Then the trailer started, and it looks like a fun action game. It’s funny to note how drones have played a big part in two of the games Ubisoft showcased at this conference; it’s a sign of the changing times, I guess, and good for them for taking the care to incorporate them into their games.

Laura Cordrey, the community developer for Ubisoft Paris, was next to take the stage. She announced that AI teammates for solo players would return for Breakpoint. She then talked about a new program called “Ghost Recon: Delta Company,” where fans can engage with each other and the developers, showing their love for the game and voicing their opinions. The website will have more information. Then Nouredine Abboud, executive producer for Ubisoft Paris, talked up the game a bit more before revealing that Breakpoint will release on October 4, with the beta going live on September 5; you can register for the beta now. Abboud promised “new content, free updates, and many surprises;” then a quick video clip played, showing two red eyes as the music from The Terminator played. If that means you can play as the Terminator (meaning Arnold, as if that has to be said), I’m all in for this.

Abboud left the stage and made way for a trailer for Tom Clancy’s Elite Squad, a free-to-play mobile game featuring the lead characters from several Clancy series coming together. Pre-registration is available now, and those who pre-register will unlock a character from Breakpoint. Elite Squad looks a little cartoony for a Tom Clancy game, but I guess there’s only so much you can do with a mobile game.

Then a Just Dance video played, which led to a live performance. This was all to let us know that Just Dance 2020 is coming to PS4, Xbox One, Nintendo Switch and Nintendo Wii in November. (How come Ultimate Alliance 3 is a Switch exclusive, but this is available everywhere? Did I anger some vengeful deity or something?)

Following the Just Dance spectacle was a trailer for a For Honor in-game event called “Shadows of the Hitokiri,” which looks like it’ll bring a supernatural element to the game. A vengeful samurai spirit has awakened and unleashed a curse that the heroes now have to deal with. “Shadows of the Hitokiri” is available through June 27.

Jumping to a more modern setting, Ubisoft showed a trailer for Rainbow Six Quarantine, a “3-player tactical co-op” that will be available in early 2020. Bio Grade Adam Granger, lead game designer for Ubisoft Montreal, then stepped out to speak vaguely about the game; apparently, the players will be facing off against a parasite. How that plays out is still a mystery.

A video thank-you to fans of The Division 2 came next, after which Red Storm Entertainment creative director Terry Spier announced that The Division 2 would be free from June 13-June16. He then showed a quick trailer for the first content update for The Division 2. “Episode 1” will release in July and take players outside of Washington D.C., the National Zoo, and Kenly College. “Episode 2,” coming in the fall, will feature the Pentagon and a second raid for up to 8 players. “Episode 3” – for which there is another trailer – brings the action to a bombed-out New York City. Spier then announced that there will be a Division movie starring Jessica Chastain and Jake Gyllenhaal and that Ubisoft will be making it with Netflix.

Brenda Panagrossi, vice-president of platform and product management for Ubisoft, then came on-stage to announce a Ubisoft paid subscription service for PC called UPlay+. Subscribers will get “earliest available access to new games, including premium editions with all their additional content,” as well as be able to play their entire PC catalog. UPlay+ will launch in September for $14.99 a month, and in 2020 will be available on Stadia.

After the UPlay+ announcement came a trailer for Roller Champions, followed by Ubisoft Montreal product manager Stephane Deapeau talking about the “team PvP sports game” in mostly vague terms before showing some gameplay footage. The pre-alpha E3 demo can be accessed on UPlay until June 14.

Yves Guillemot, co-founder and CEO of Ubisoft, was next out of the gate and thanked the presenters and fans, and talked about the importance of video games to friendship and family. Then he brought out Marc-Alexis Cote, senior producer for Ubisoft Quebec, who showed a short trailer for Gods & Monsters, a fantasy game that will release on February 25, 2020.

And that was the Ubisoft conference. I liked this one more than other three I watched; it had better-looking games than Bethesda and the interminable PC conference, and it kept things focused on its main titles (without devolving into the complete joke that was the Devolver Digital conference). To be fair, they don’t have to play the damage control Bethesda does, but this one didn’t feel draggy. Not all the games appeal to me, but some of them definitely have my attention.

What did you think of theE3 Ubisoft conference? Are you looking forward to any of the games? Will Watchdogs: Legion save Europe? Let us know in the comments and check out the rest of the E3 coverage here at Geeks + Gamers!